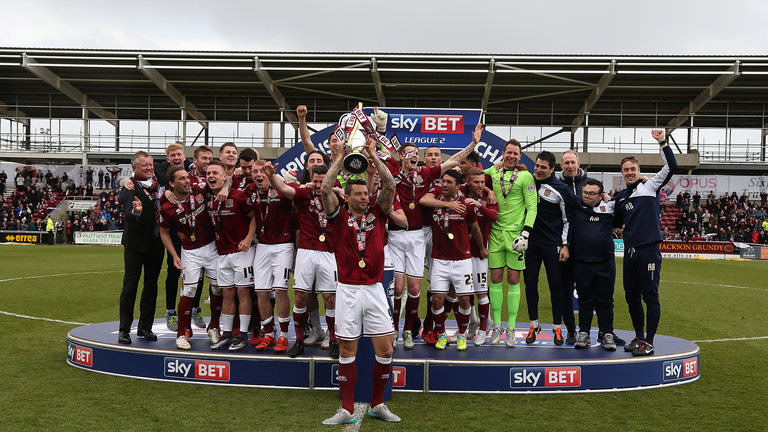 As you can probably tell by the image above, Westeros have only gone and won the Sky Bet League 2 now! Remarkable stuff. On this journey with Westeros so far we have acquired 3 promotions in 6 seasons all the way up to league one, right from the very bottom of the pyramid.

But how did we do it? 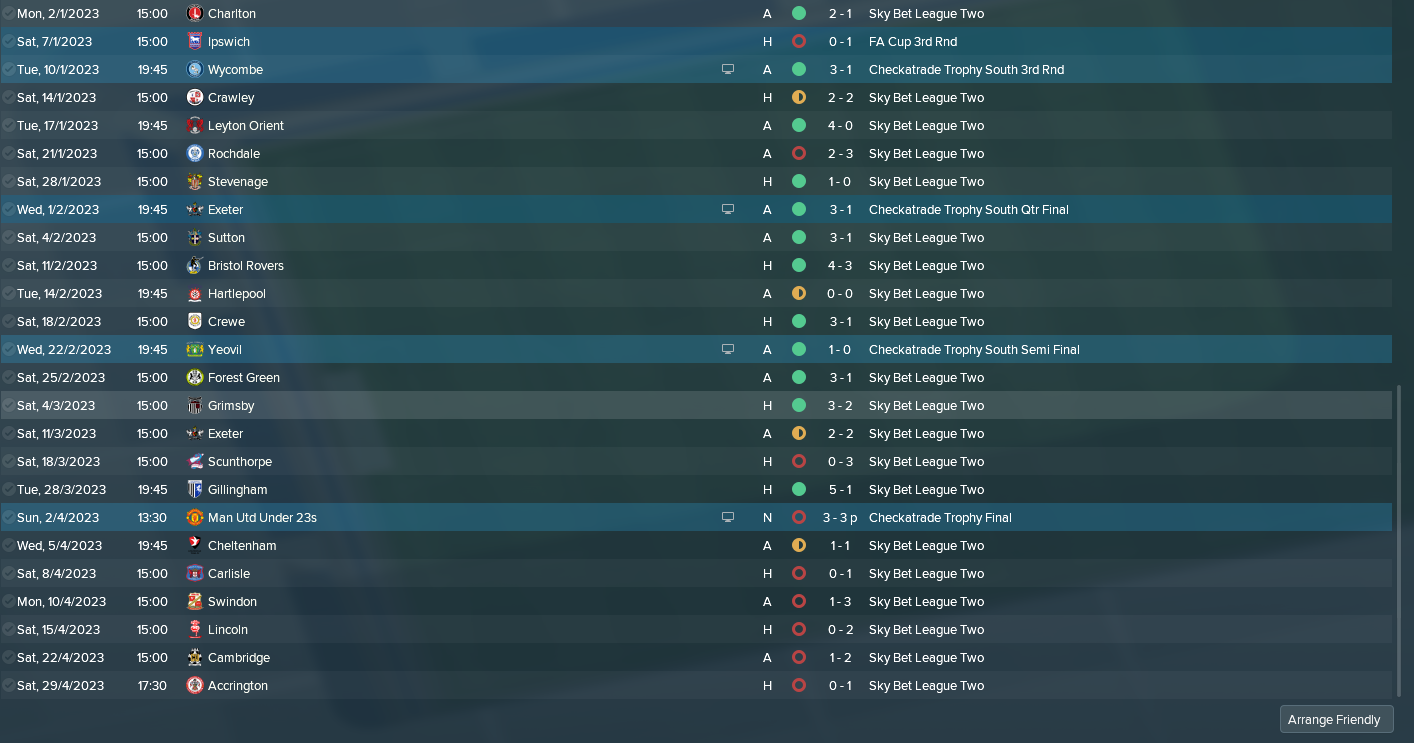 So Assar took the reigns he with admittedly nothing much to do other than continue the fantastic form Justice set up for him. the foundations were made but take no credit away, he's won us the league and of course promotion!

Starting off with 4 points in the league from the first few games we also were knocked out of the FA Cup by Ipswich which we really were expecting.

We progressed and progressed all the way through to the final of the checkatrade trophy beating teams like Yeovil and Exeter only to lose at the final hurdle against Man United u23s who if I'm not mistaken are pretty adept in this particular competition
Assar won the league against Cheltenham with only the one point, and then went on to lose 5 games in a row, not the best but I guess that's what happens when you skip your remaining games huh Assar? 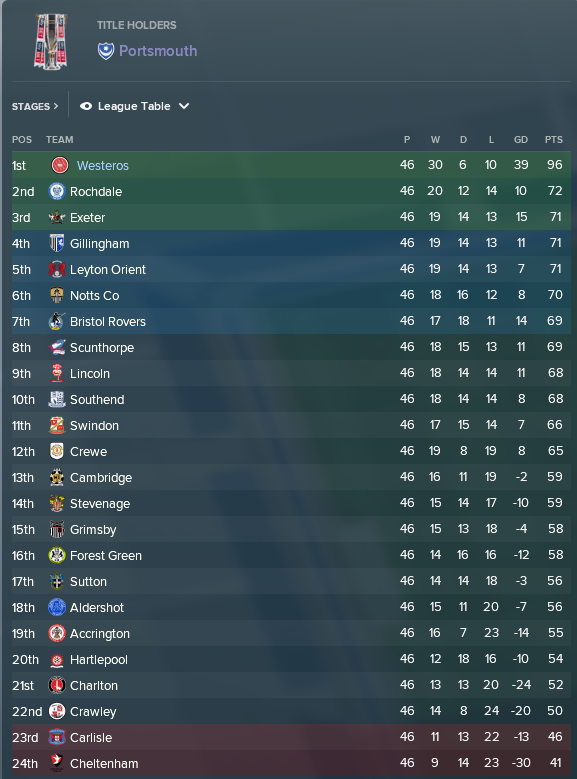 There were also 2 games played france. Both of which we won against Greece and Serbia which gets our European Qualification campaign off to a flyer.

Next up is me. I'm now all up to date on these updates and Assar was the last to play the save giving me all the the time in the world to concentrate on League One survival.

I'm sure you're all aware of my past record with this club, and I'm the first to admit this isn't my forte and that I personally won't see much success until we're in the Premier League. (One day maybe)

But let's see how it goes, my aims are solely focused on Survival. 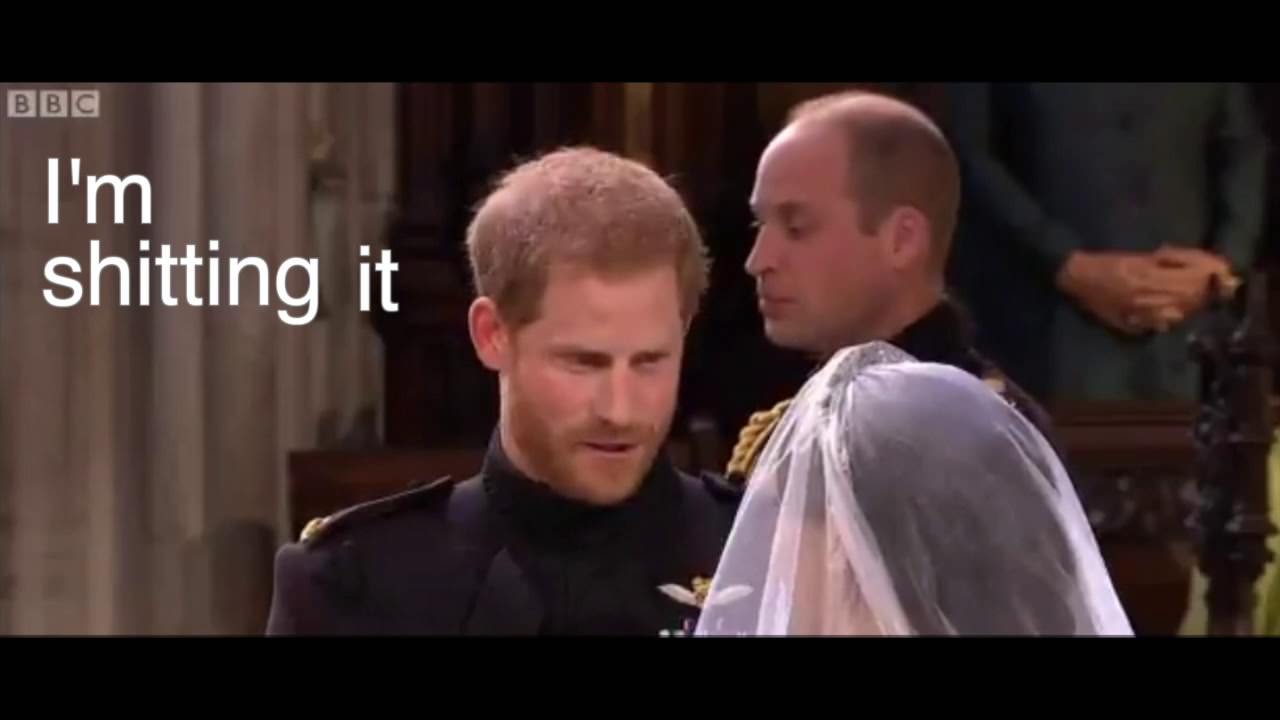 You are reading "A Game Of Thrones".