ScottT
1 year
Some great signings in there. I recognise a few names, in particular Jordan Wright, who I'm confident will be an excellent piece of business. Experience and youth has been balanced out well and I have high expectations now! 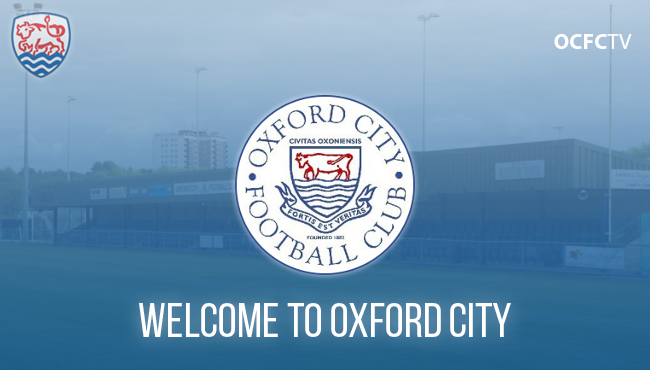 
Oxford City continued their summer recruitment with the addition of teenage players Ryan Dickerson and Ryan Longman. The two players were youngsters of Norwich City and Brighton & Hove Albion previously but had both left the club in search of a new route in professional football. 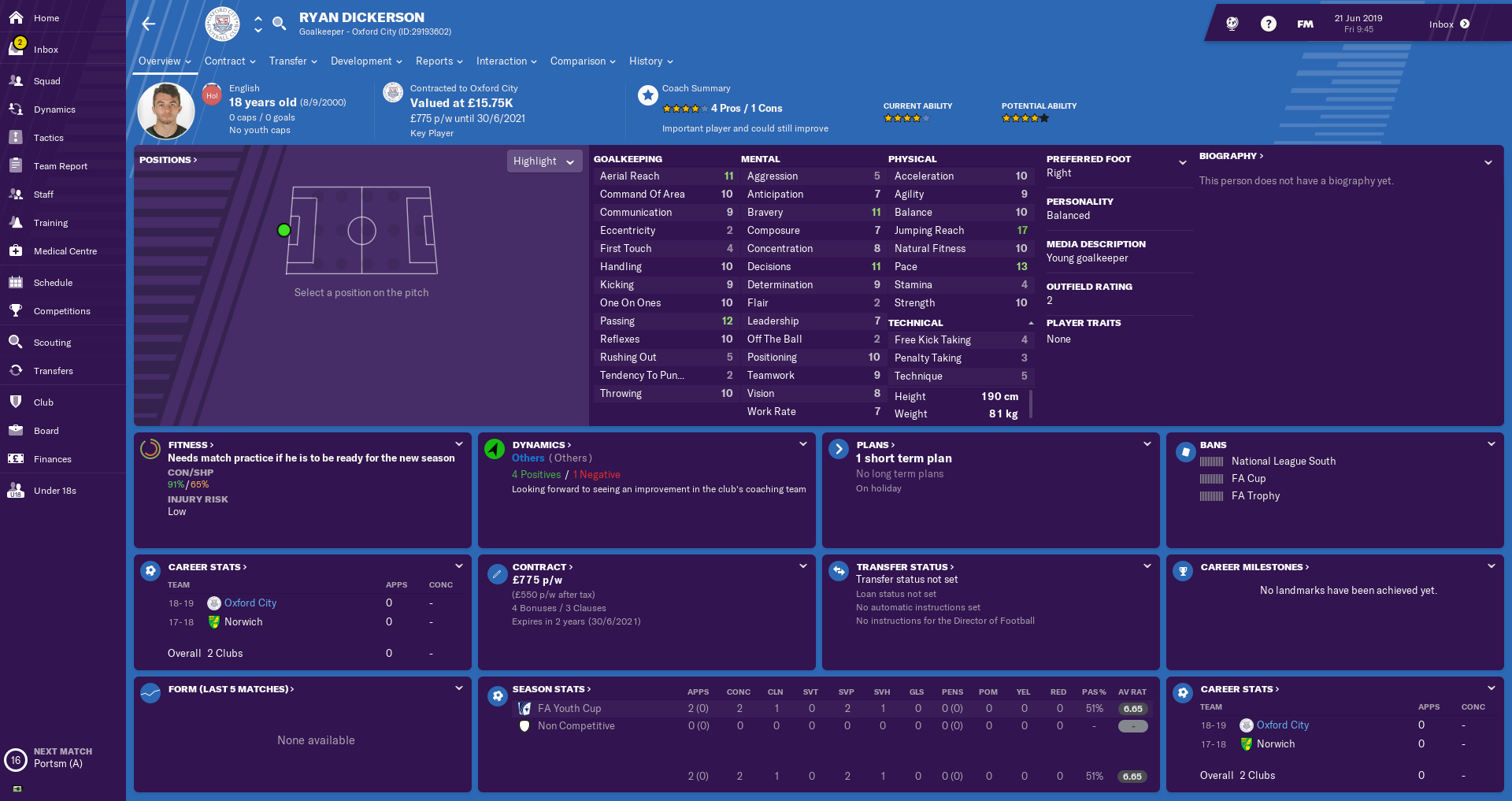 A brilliant purchase. Unwanted by Norwich City, Dickerson could end up becoming a very good professional goalkeeper in the future. He has never played a senior game before but he'll become our number one choice. Dickerson is quite a good decision maker, and can also start attacks with a good passing range. 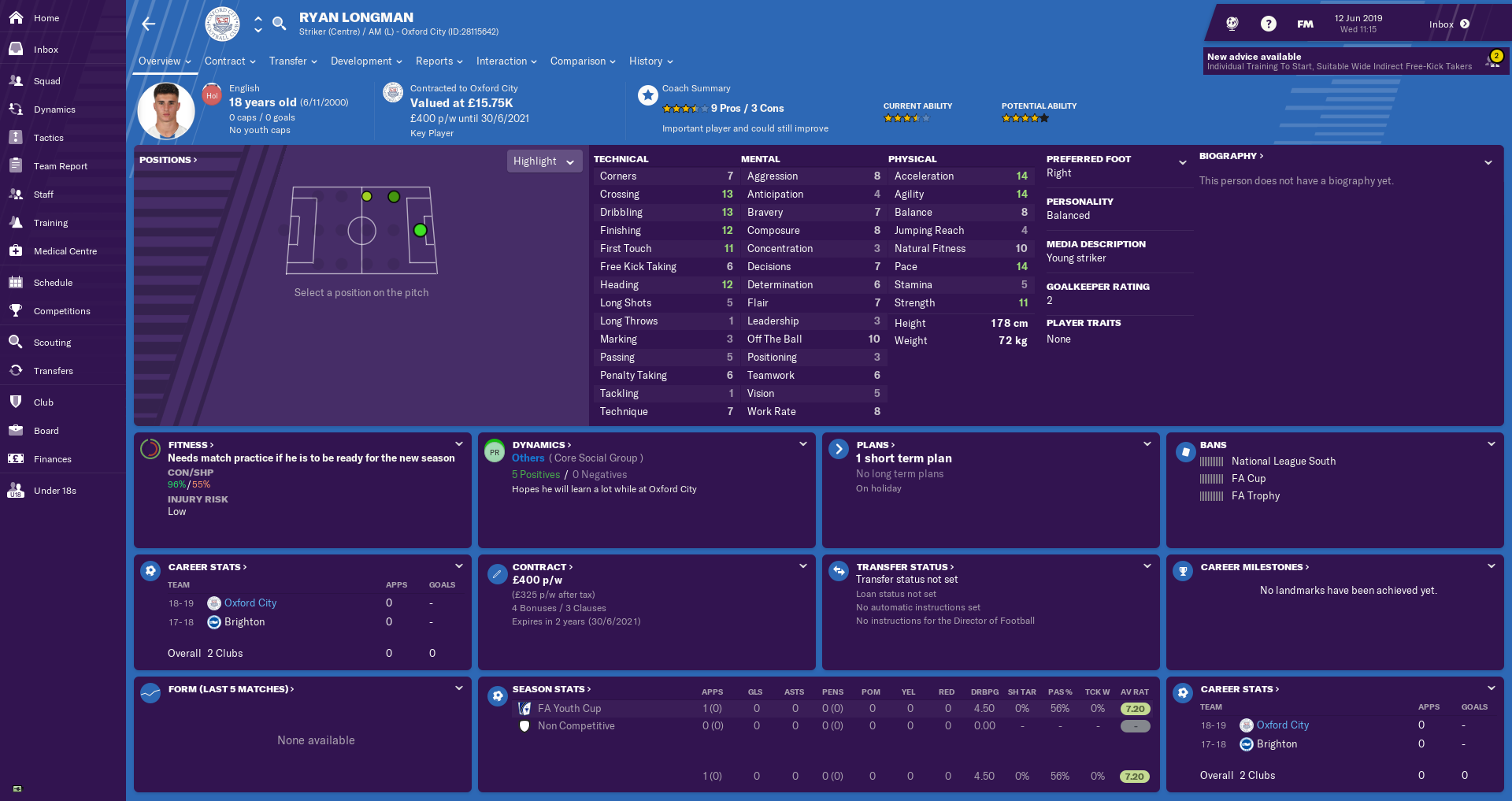 Another signing I'm delighted with. Ryan Longman has the technical ability to be one of the top players in the division, and he has the pace to match. He needs to work on his tactical ability but that will come with experience and training. He's an incredible asset who can either play up front or on the left.

mgriffin2012, I'm happy with the business done so far and I'm sure there'll be some more good players coming in before the season begins
ScottT, I was looking for a bit of experience and youth, to give some balance. I'm happy I got both, particularly signing Clark who I believe can be a true leader!

ScottT
1 year
Two very promising acquisitions to the team. Looking forward to what they bring to the team over the course of the season. Dickerson will be interesting as keepers seem to improve with age, so it'll be interesting to see how he matures.
1
Login to Quote

Jack
1 year
Very interesting to see that you can attract players from Norwich City's ilk on permanent deals, even if it is just a youth player. Dickerson looks fantastic and will be a key part of the team imo.
1
Login to Quote

mgriffin2012
1 year
Two very good additions that will definitely be valuable options for you and the club moving forward! Having versatility going forward is a massive asset for any team!
1
Login to Quote 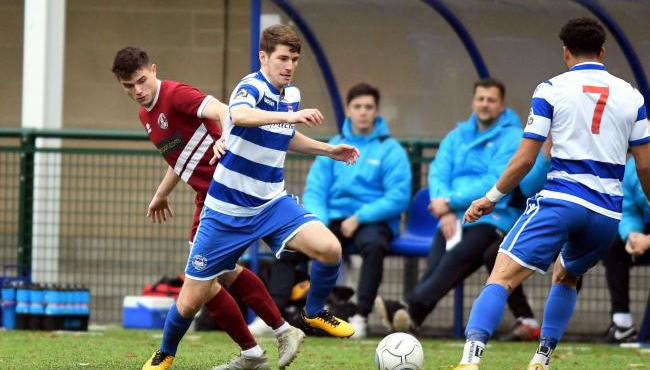 
Oxford City Football Club captain Josh Ashby has seen his contract at the football club expire, having only joined from cross-city rivals Oxford United on a permanent deal last summer. The all-action midfield dynamo will remain at the club and will continue to earn the wage outlined by his contract but has the freedom to move club at will, and without the requirement of approval from Oxford City.

It has been a terrific year for the football club and for Josh Ashby, who lifted the National League South title as well as the FA Trophy. Ashby scored fifteen goals and assisted ten more in all competitions as he played a key role in Oxford City's success.

It is the midfielder's second spell at the football club, having previously been on loan at the club for the 2016/2017 season. Josh Ashby was voted as the National League South Player of the Season, and was also named as Oxford City's Player of the Season.

Despite Oxford City earning promotion to the National League, England's highest non-professional football tier, Josh Ashby has his sights set higher and has refused to sign a new contract with the football club. The midfielder outlined his desire to have the opportunity to move to a bigger club at will, and was reluctant to let his future be controlled by a legal document.

The midfielder will continue to play for the football club and will remain as the club captain, despite the recent turn of events, but has free reign over his own future. Clubs may offer him a contract directly, and Oxford City would receive no compensation for losing the player.

Oxford City manager Ryan Ferguson was surprisingly upbeat about the situation, and was hopeful that his skipper would agree to sign a new deal for the football club in the near future. The Liverpool-born gaffer outlined his admiration for Josh Ashby's abilities and professed that the club would be lucky to have the player for another season, contract or no contract.


Ryan Ferguson (Oxford City Manager): "Obviously we would rather have Josh Ashby under contract at the football club as that would put us in a strong position with regards to the players' future. We have made him an offer which will remain on the table as long as he gives one hundred percent to the football club. The terms of the contract will remain confidential but they are quite cool for a player to sign. Hopefully he does commit to the club soon.

We understand his decision to not sign a contract. He is a player of immense talent, which he has proven over the past year, and he could easily play for a professional football club. He has the mindset to be successful and he has proven on the pitch that he is more than capable of being a major footballing presence. He is truly an extraordinary talent.

We are confident that he will sign a deal with the club in the future. He has ambitions of his own but so do we. We will prove to the world that we have what it takes to become a top football club and we very much hope that Josh Ashby can be a part of that for years to come."

Jack
1 year
Hardly ideal to have your captain on a non-contract basis at your level, but its good to see he has stayed at the club and that you have offered a deal. Just hope it's a good enough deal

ScottT
1 year
Very frustrating I can imagine after the season he had last campaign, but he has ambition which you can't hold back, I guess. Not ideal at all, but who knows - an offer may not materialise and he may sign on the dotted line in the near future.
1
Login to Quote

mgriffin2012
1 year
Hopefully he'll still produce the goods until the time arises that he leaves, if it arises
1
Login to Quote 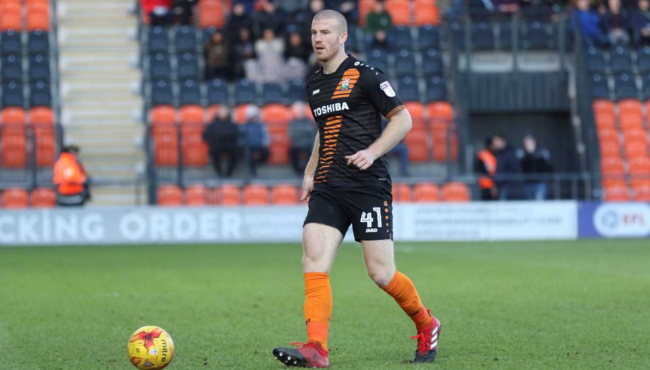 
The recruitment at Oxford City Football Club has continued with former Barnet defender Charlie Clough joining the club on a free transfer. The twenty-eight year old English defender signed a three year contract with the club, becoming the highest earner at Oxford City with approximately £1,100 (before tax) lining his pockets every week.

Clough began his professional career when he made his debut in the 2007/2008 season for Bristol Rovers, making three league appearances for the club before leaving in 2012. During his time at Rovers, he completed loan spells at Mangotsfield, Chippenham Town, Newport County, Weymouth and Bath City.

Charlie Clough played for National League side Sutton United last season, where he made 20 league appearances, bringing his career league appearance total to an impressive 300, scoring an incredible 29 goals in the process. 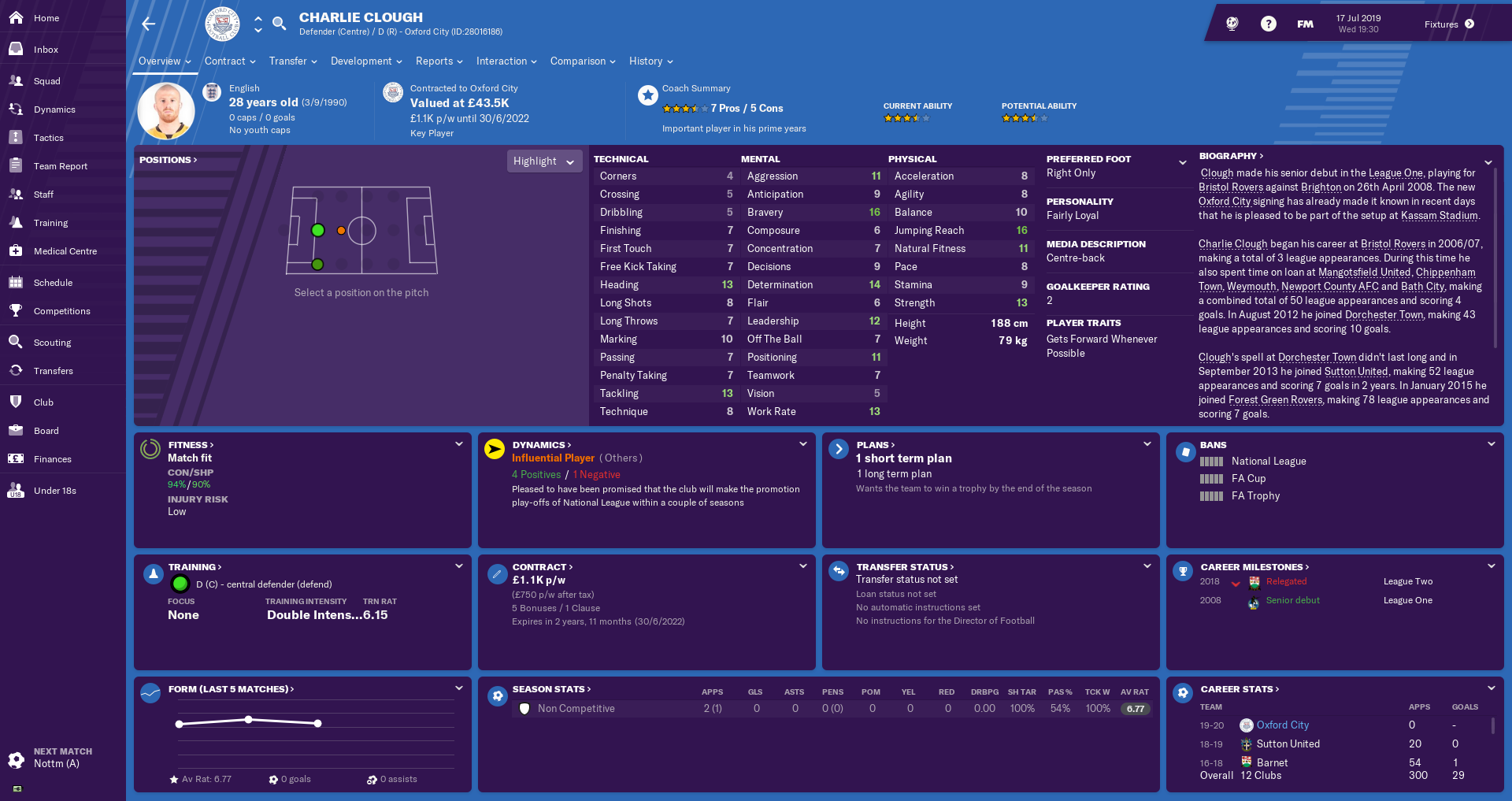 A signing I'm delighted with. He brings quality in technical and physical ability and has the mental astuteness to make a real difference. He's a leader with good determination who will be a model professional for the football club.

Jack, it seems to be a case of him genuinely wanting to play in a higher league than wanting more money. I won't hold him guilty, as long as he performs.

ScottT, I guess there's two sides to that. If he performs well again, there's bound to be offers. If he doesn't perform, why would I want him?

mgriffin2012, I can assure you that I will not give him any favouritism because of his part performances. If he doesn't perform, he's in the bin

mgriffin2012
1 year
Looks a very good signing and one that will definitely add that extra quality to your back line that you are going to need!
1
Login to Quote

ScottT
1 year
Cracking signing. A good player for that level and his experience in that league, as well as the Football League will be a major help.
1
Login to Quote 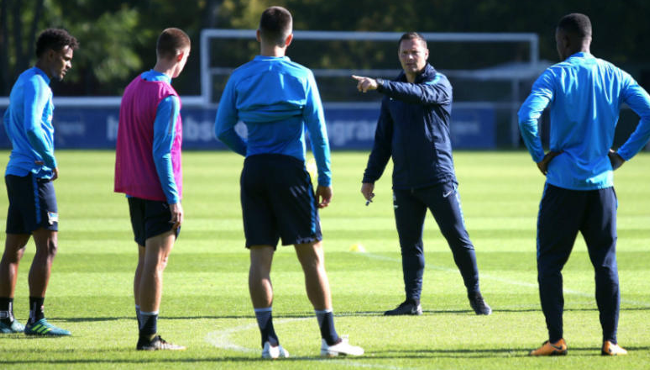 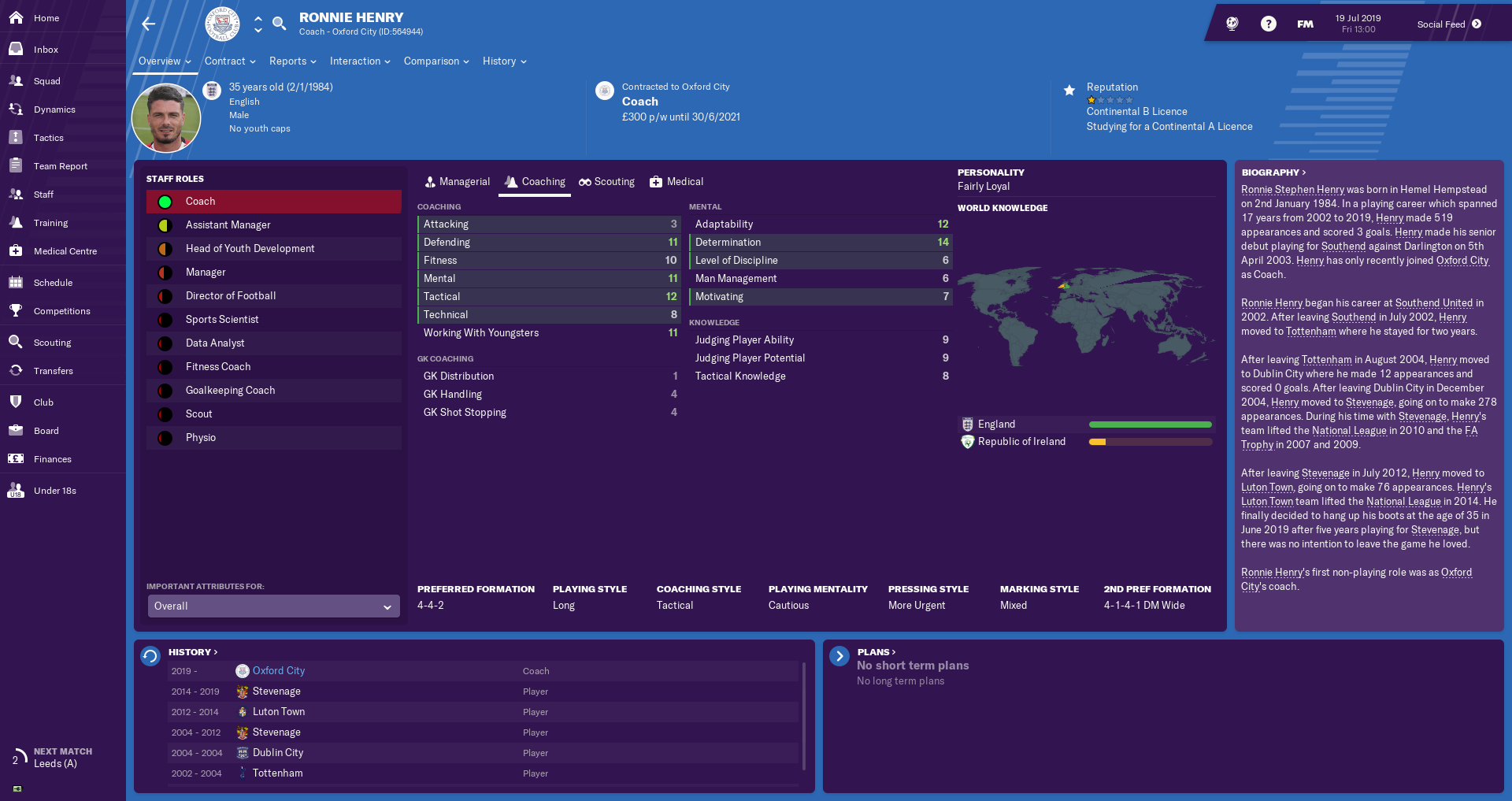 Ronnie Henry Made 431 League Appearances For Stevenage
The first coach to join was former Stevenage star Ronnie Henry. Born in Hemel, just outside of London, Henry was a Tottenham Hotspur youth player. Henry went on to have an incredible career for Stevenage and retired after last season, as he helped Stevenage to 10th in EFL League Two. Henry is a promising young coach with a B License, and is currently studying for his A License. 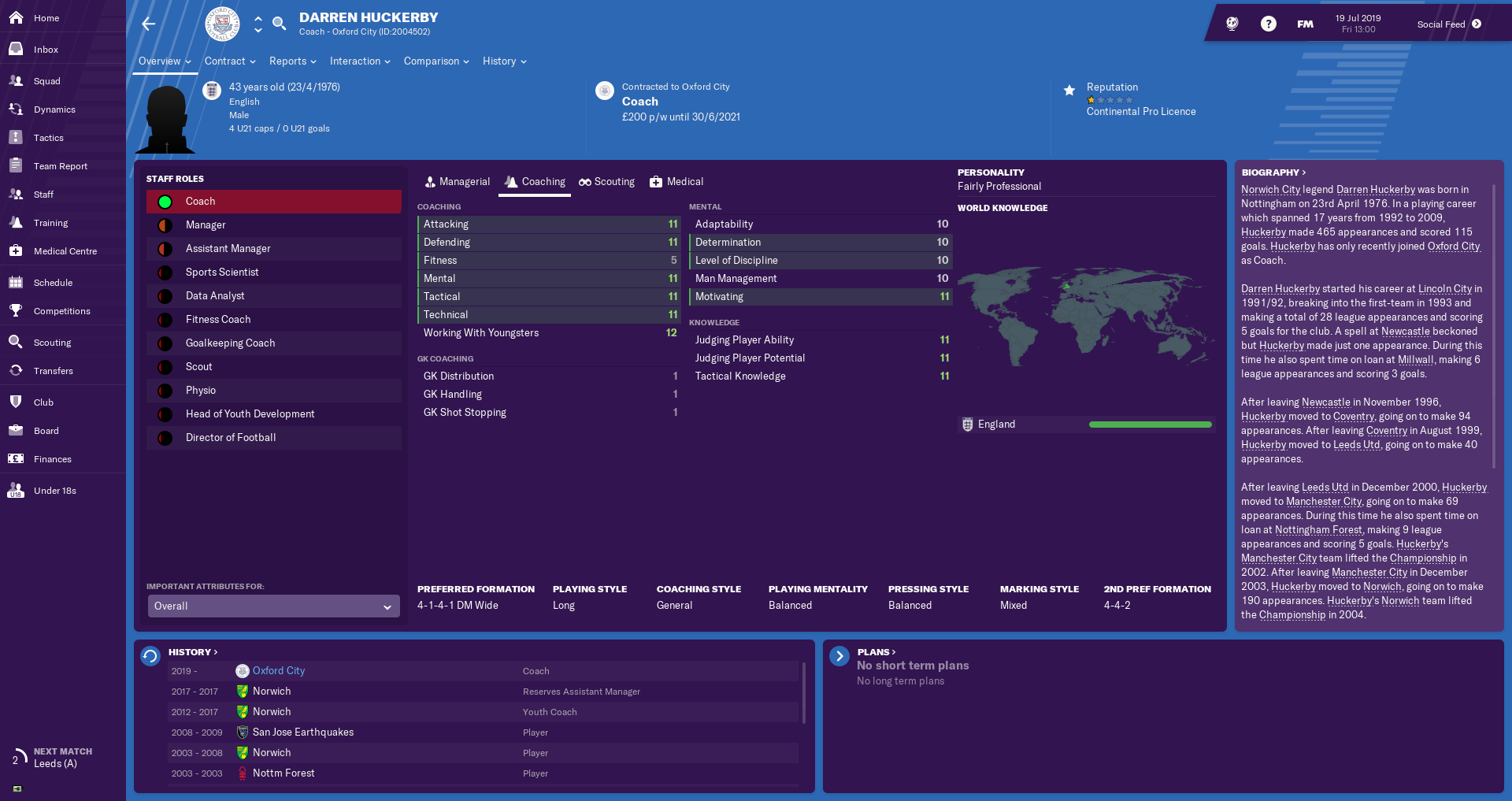 Darren Huckerby Played For Some Of England's Biggest Football Clubs
You may be more familiar with Darren Huckerby. The former England U21 international made 465 appearances in a career which saw him play for the likes of Newcastle United, Coventry City, Leeds United, Manchester City and Norwich City. Huckerby retired from football in 2009, and went on to be a youth coach for Norwich City. He currently has a Pro license. Very impressive.

mgriffin2012, he'll walk into our starting eleven!
ScottT, his experience will be invaluable to us in what will be an important season. We've spent big on wages, now we need to get promotion ASAP!

ScottT
1 year
Two exceptional additions to the coaching staff. Their experience will be much valued over the course of their time at the club, I'm sure.
1
Login to Quote

Jack
1 year
DARREN HUCKERBY! He'll sure tell those strikers to bang em in!
1
Login to Quote

You are reading "Making a Manager - The Story".