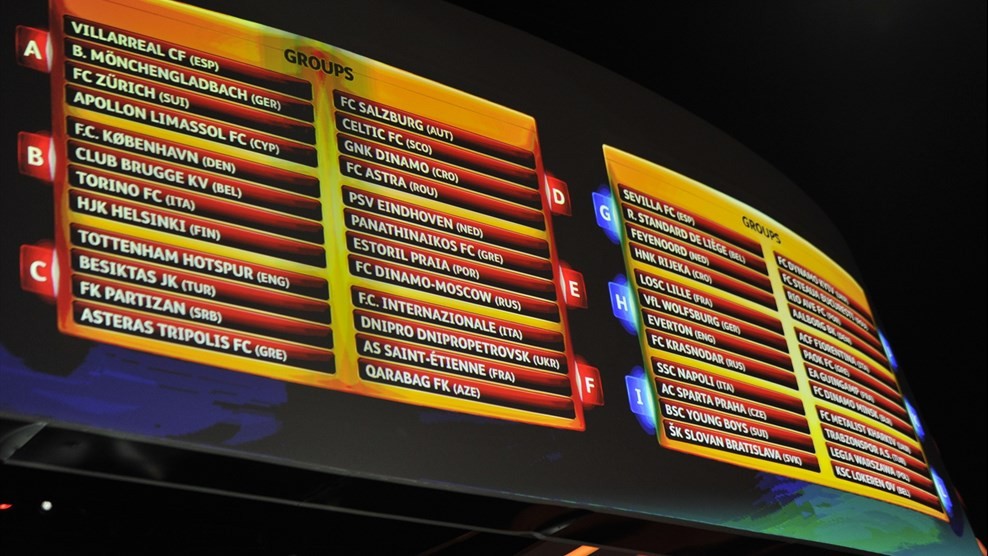 Aberdeen were drawn into group J in the Europa League alongside Vfl Wolfsburg, KV Mechelen and Maccabi Tel Aviv.

Stayed tuned for More Information on Fixtures and Tickets, and as always AberDNA Members will get first priority.
Login to Quote

ScottT
1 year
Congratulations on getting through to the group stages, firstly. There will be some good European nights for Aberdeen and there's even a window of opportunity to qualify, I would argue.
Login to Quote 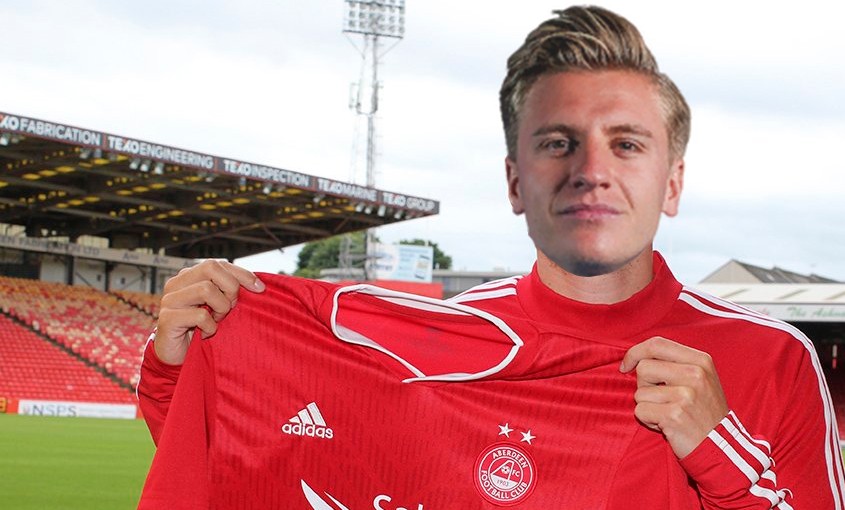 The 23-year-old ex-Hibernian Forward joined Aberdeen on loan after a Successful 6-month loan spell at Luton Town and he was capped for Scotland at Under-21 on many occasions, has started to impress by already picking up 4 goals this Term.

Jack Leighfield (£58K from Queen of the South)

The young 20-year-old keeper was brought into play in Aberdeen's Reserve side we hope to continue Jack's Development and see him represent the Dons in years to come.

The Experienced 28-year-old Midfielder has excelled so far with the Dons with stats such as 5 Goals in 8 Appearances in the Europa League this Campaign.

The Following Players went out on Loan (Club): 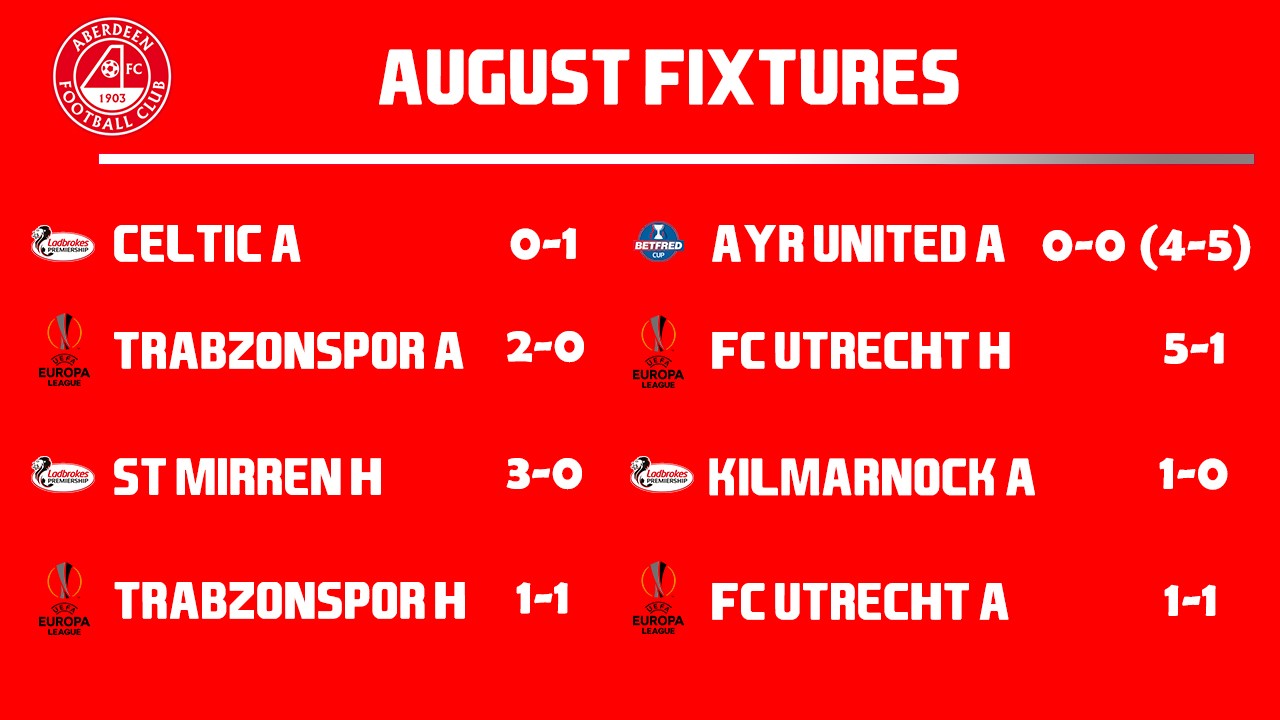 04/08/19 Celtic Away:
The first game of the League Campaign obviously we didn’t walk away with a result however we proved that we can match Celtic’s Style on the pitch as a moment of world-class play is what separated the sides.

08/08/19 Trabzonspor Away:
A very even game was won by the character of the Dons as they seemed unphased by the intimidating atmosphere as we claimed two late goals to put us into the driving seat heading back home to Aberdeen.

11/08/19 St. Mirren Home:
Aberdeen decided to put their dominance on show as we blew past our Paisley Visitors with Jason nodding a few home, also backed up by a lovely strike by Bryson.

15/08/19 Trabzonspor Home:
A low-key affair in which Hedges goal secured progression for the Dons.

18/08/19 Ayr United Away:
A disappointing result as we failed to capitalise on many opportunities, one McLennan’s missed penalty in Extra Time, but don’t mention it to him, we then painstakingly missed on in the shootout as McKenna’s penalty was saved by Hamilton in the Ayr goal.

22/08/19 FC Utrecht Home:
A very extreme change of emotion from our previous game as we decimated the Dutch side at home, a double from ball was support by goals from Bryson, Cosgrove and McLennan as we looked to secure the tie before a ball was kicked in the Netherlands.

25/08/19 Kilmarnock Away:
Away at fellow European competitors Niall McGinn’s header from a Ryan Hedges corner was the difference which was all the Dons really deserved.

29/08/19 FC Utrecht Away:
The Dons Second string selection was put out as fixture congestion began to pile up, they put up a good fight only losing by 1 goal before the break which was equalled Ryan Hedges in the Second Period.

Overall a solid month for Gordon Strachan’s boys as we have secured a Group Stage spot in Europe and currently sit 5th in the Premiership Table the only disappointment being knocked out of the League Cup at such an early stage.
Login to Quote

ScottT
1 year
A far from ideal loss against Ayr, but victories against St Mirren and Kilmarnock certainly go a long way in making up for an opening day (expected) loss against Celtic.
1
Login to Quote

You are reading "The Dandy Dons".