I VIOLA GIVEN NEW LIFE (AGAIN)

AFC Fiorentina has been through so many ups and downs over it’s long history that it could double as a plot for a Game Of Thrones spinoff. The team has done just about everything from winning the UEFA Cup to briefly being shuttered to just about everything in between. They have the honor of being the first Italian team to reach the Champions League final (1956-57) and the shame of being punished for a match fixing scandal. Fascist roots, bankruptcy, domestic triumph, all in the shadow of Filippo Brunelleschi’s Duomo de Firenze.

The Fiorentina Ultras have seen it all, but those days are long gone and team has yet another chance to rebuild. The past decade has been rough on I Viola, finishing as high as 4th and as low as 16th was made even more painful when club captain Davide Astori suddenly died near the end of the 2017-18 season. A 16th place finish last year was the sour end to a disheartening era as the team was sold to Italian-American billionaire Rocco Commisso. Changing hands is much better than winking out of existence, but this time they don’t need to be reincorporated in order to rebuild. 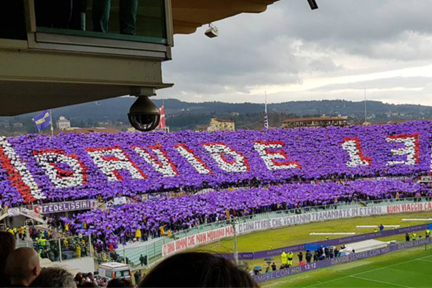 Commisso would start his rebuild by hiring a former manager, Vincenzo Montella, who has gone through his own series of ups and downs since his playing career ended in 2009. Montella played most of his career for Roma and Sampdoria before his coaching career started as the Roma U-15 manager in 2009. He spent a year at Catania before moving to Fiorentina from 2012-2015 and then a single season at Sampdoria, AC Milan, and Sevilla before sitting out the 2018-2019 season. It’s hard to say he’s had much success aside from his first run at Fiorentina where he finished 4th each season, the best run the club has had in the past decade. New ownership appears to have faith in him, and with the current state of Serie A there is no reason Fiorentina can’t compete for at least a Champions League slot. 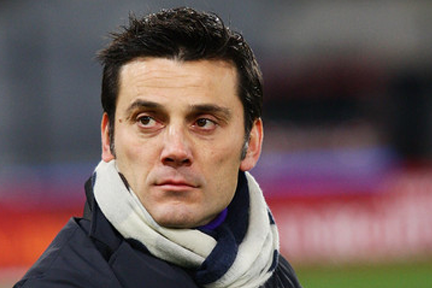 Can Montella rehab his career along with Fiorentina?

Montella generally has it easy in terms of expectations, but things will likely get much harder if he succeeds. Most of the pressure will come financially as the club seeks to be worth Commisso’s investment, and a top half finish will be required for Montella to keep his job.
Login to Quote

Griffo
2 years
Very good start here to this story, grew to hate Fiorentina during my save last year in Italy so I wish you no luck at all haha
Login to Quote

TheLFCFan
2 years
Good Luck with what will be a tough rebuild, especially with Juve needing to be toppled!
Login to Quote

FM has no such team named "Juve" haha
Login to Quote

ScottT
2 years
We are blessed. Two different story saves from you

Fiorentina have some very talented players, so there's a good base to build from should you be able to keep hold of those key stars.
Login to Quote

Fiorentina have some very talented players, so there's a good base to build from should you be able to keep hold of those key stars.

I'm hoping that starting with these will help me get through 10 seasons. I picked United because I'm a fan and Fiorentina because they have some difficulty involved and should take me around 10 years to make them a solid club.
Login to Quote

Vincenzo Montella favors a 4-2-3-1, as seen in his time at Sevilla. He managed to finish 7th in his only season there, but did take the team to the Champions League quarter finals for the first time in club history. There is hope that his season away from management has given him time to work on his tactics, he has some decent players to with with right away but a long way to go before he can catch up to Juventus.

Goalkeepers
Montella finds himself in a bit of a quandary in goal and FC Nantes is very interested in his decision. The club has two good GK in Bartlomiej Dragowski (22) and Wonderkid Alban Lafont (20) who is currently on loan at FC Nantes. Dragowski himself has just returning from a loan spell at FC Empoli and should be the starter, but if Montella decides to cut Lafont’s loan short there could be a battle for the job. Pietro Terracciano (29) and Federico Brancolini (19) are available as backups but Brancolini will primarily be available for Fiorentina Primavera.

Defenders
One place Fiorentina have some relative strength is at CB, with Captain Germán Pezzella (28) forming a decent pairing with Nikola Milenkovic (22). Milenkovic has transfer rumors swirling around him, but based on the rest of the roster it may be difficult for Fiorentina to let him go. Things get pretty thin beyond the starters and represents an area management might want to strengthen at some point, but this year Montella is going to need to make due. Jacob Rasmussen (22), Federico Ceccherini (27), and Martín Cáceres (32) make up an uninspiring stable of CB options Montella will hope to avoid giving serious playing time.

The fullback depth chart is pretty similar to CB with two decent starters. Dalbert (26)*, on loan from Inter Milan, will start at LB with two youngsters backing him up in Luca Ranieri (20) and Aleksa Terzic (20). Pol Lirola (22)*, on loan from US Sassuolo, will start at RB with Lorenzo Venuti (24) backing him up. Two starters on loan spells should set off alarms for management, this is definitely an area the club will need to address.

*Correction : Turns out these guys are on loan for this season and will join permanently in 2020.

Midfielders
The deeper lying midfield positions will give Montella a good foundation for his tactics, two experienced players in Marco Benassi (25) and Erick Pulgar (25) will help combine with a decent central defense to give him the solidity he needs. Once again, this part of the roster is very thin beyond a few good players. Milan Badelj (30) and Bryan Dabo (27) can spell Pulgar, but things are going to get rough if he misses significant time. Montella will have a ton of options behind Benassi, none of them particularly exciting aside from Szymon Zurkowski (22) who has the potential to develop into a good player.

The attacking midfielder role is going to be a real problem, and this probably points to offensive issues that will plague the team all season. Valentin Eysseric (27) is currently the starter, but Tòfol Montiel (19) will be an option if he struggles. Montiel is currently at Fiorentina Primavera, but with only one CAM on the roster he’s likely to see some first team starts.

Forwards
Let’s just address the elephant in the room. Federico Chiesa (22) is by far Fiorentina’s best player, and he might not be around for much longer. He has been linked with a number of clubs in a big money move, Commisso might not be able to pass up an offer that could be in the £40-50M range. He will be starting at RW until he leaves, the fact backup Rachid Ghezzal (27) is on loan from Leicester City might help keep Chiesa around until next summer. At LW it will be former Bayern Munich star Franck Ribéry (36) trying to show the world he’s still got it. Riccardo Sottil (20) will be ready if age catches up to Ribéry.

If Chiesa leaves the crown will be passed to recent Fluminense transfer Pedro Guilherme (22) who has the center forward position locked down. There is plenty of depth behind him ranging from a veteran presence in Kevin-Prince Boateng (32) to promising youth Dusan Vlahovic (19), and Liverpool loanee Bobby Duncan (18). The attack is probably going to rely heavily on Chiesa, but Pedro has a chance to become a star for I Viola. 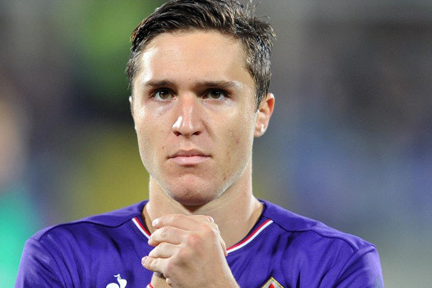 Chiesa could turn into the capital needed to rebuild.
Login to Quote

FM has no such team named "Juve" haha

Not if you use FM Scout's real name fix! I actually restarted this save to get that working, I did not want to spend time talking about trying to top Zebre.
Login to Quote

ScottT
2 years
Keeping hold of Chiesa will be the main priority, if feasible. He's by far and away Fiorentina's best player, but that isn't to say that the squad doesn't have other jewels within the ranks. Benassi and Badeji are two very well-rounded players in the centre of the park and stand out to me as other valuable assets, even if the latter is now coming into his later years.
Login to Quote

Griffo
2 years
Fiorentina have the makings of a great squad, interested to see what you do with Lafont.
Login to Quote

TheLFCFan
2 years
Some interesting talents on board! Hopefully Bobby Duncan is sent to some pit like he deserves

MIXED RESULTS IN FRIENDLIES MARK THE END OF SUMMER

General Manager Daniele Pradè and Vincenzo Montella would spend quite a bit of their pre-season filling out the medical and coaching staff along with hiring a technical director. Fiorentina just can’t compete with the biggest clubs, specifically Juventus, but a full staff is an important part of winning. The team would have a very short period of practice before their first friendly against Galatasaray, but the Turkish side would gift them an easier go of things.

The win over Galatasaray might be exciting on paper, but they managed two straight reds to cut their team down to nine men on the field rather quickly. The loss to Fulham was probably a better representation of where the team is, but that was also marred by a red card… Fiorentina this time. Getting everyone match fit was more important than results, but beating Montella’s former club (even if a red card helped) turned out to be a solid boost to morale.

Overall Montella enjoyed a successful pre-season with only a little stress off the field. Some reports leaked out, and were confirmed by Franck Ribéry, that Montella met some resistance over his goals for the season. The blend of older vets who have experienced winning major silverware (Ribéry, Kevin-Prince Boateng) and Serie A mid-table players were at odds with the club’s stated goal of finishing in the Top 10. Montella was caught managing expectations and found himself at odds with Ribéry and Boateng. As the end of the transfer window approaches more problems might arrive, but the team looks prepared despite the early grumbling. 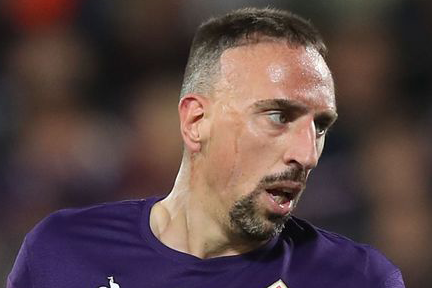 Ribéry is more interested in titles than just getting by.
Login to Quote

ScottT
2 years
A mixed pre-season, but results can never be observed too much. The ultimate aim is to get the players match fit ready for the new season. Ribery and KPB have been successful in their careers, especially the former, so it's not too surprising to see their aims differ from the rest of the squad. Looking forward to seeing how Montella may deal with these differences in ideals should Fiorentina fail to start the season well.
Login to Quote

TheLFCFan
2 years
A challenging start to the season already before any competitive football has been played. Some disappointing results, especially the one to Fulham and Westerlo. However, there are some positives in there with the high number of goals being scored. Hopefully the disgruntled old heads of the team can be sorted soon.
Login to Quote

Griffo
2 years
That Fulham result is an interesting one, but fitness and morale is priority here coming into the start of the season
Login to Quote