I finished as a first place team in my Euro Cup II group, I already passed an first knockout round it that competition, so during February I had only matches in La Liga. I was in good form, and I hoped to continue it. I won 3 games, with just one draw. Borja scored 5 goals, including a hat-trick on Mestalla. He also scored a very important goal against Vigo, in 95th minute. 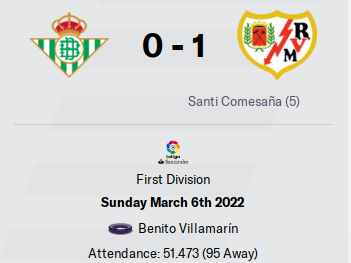 4 points dropped just only against Vallecano. Maybe they stall a tactics from Atletico Madrid, I don't know.

In Europe I played with Lechia withoud any problems. With reserves I showed that we are just a different world, and it's a miracle how I didn't win with a more goal difference. In La liga, I returned to winning games, with two comfortable victories against Cadiz and Valladolid. Borja continued to scoring important goals, while Sergio Gomez showed that he is by now one of the most talented Spanish midfielders.
Login to Quote

During April I had some larger number of matches. This month I opened with a loss against Atletico Madrid. I wouldn't write anything because it's necessary. In QF of Europ Cup II I draw Bayer Leverkusen. It passed easier than I expected. I had an 3-1 in second game in Sevilla, but I change my formation too early (more cautious).
Other games in La liga went really good, so I didn't have any bigger problems. Maybe with Villarreal, but I know that is a tought match, so any victory is good.
Borja is currently a first scorer of the league, and it is quite sure that he will stay a top scorer, because there is a huge difference between him and Messi, and there are only 4 matches to play. 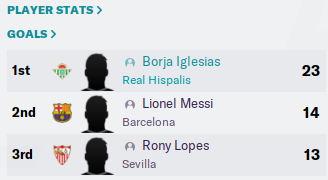 So four games before the end of another season in La Liga, these are current positions. 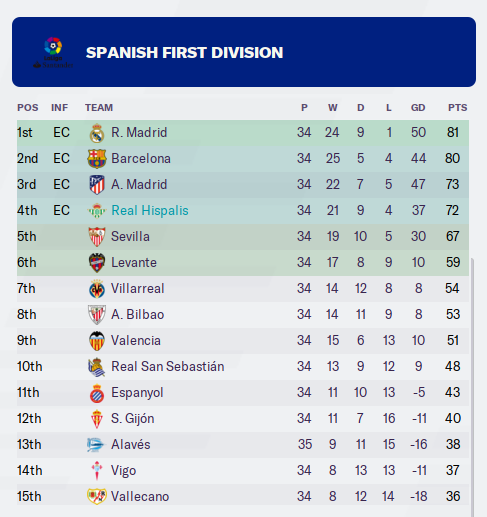 In my last four games I have :
- La Coruna (H)
- Barcelona (A)
- Bilbao (A)
- Sevilla (H)
It's gonna be a really difficult to play but if we want to make progress, we need to demonstrate that. Also, in Euro Cup II, I am playing against VfB Stuttgart in Semi-final. The second match is Sparta Prague - Tottenham.
Login to Quote

Justice
5 months
Definitely a tough run of games to round off the season but you have to be happy with the position you are in. It shows how well the club have been playing that you could end the season within sniffing distance of Barca and Real, and you certainly look to have a great chance of overtaking Atletico. Good luck for the final few games!
Login to Quote

Eoin97
5 months
Borja Iglesias will most definitely pick up the Pachichi, the first Spaniard since Dani Guiza in 2009. Good luck with the run in
Login to Quote 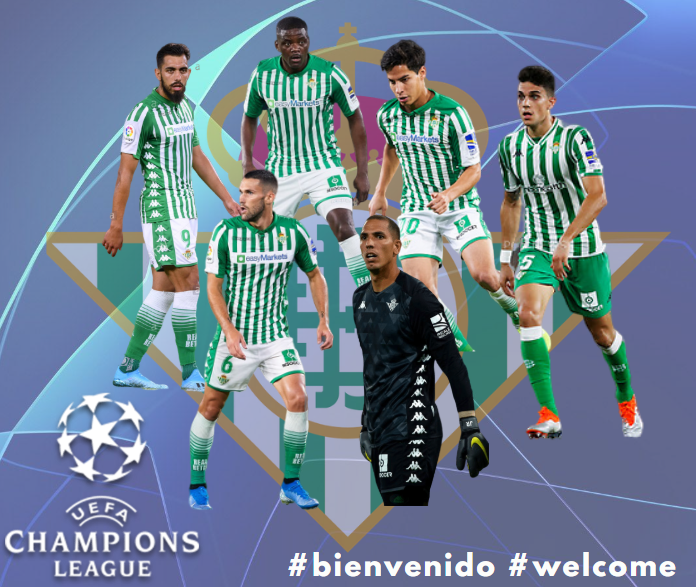 It was a really dramatic end of the season. After easy victory against La Coruna we lost two match in a row. Despite a loss in Stuttgart I reached an Euro Cup II final, which I lost against Tottenham at Benito Villamarin

After Barcelona, I had a tough match against Bilbao, I didn't start well. It was a really nervous match with huge odds. Yuri scored in 22th minute, but Borja and Almada scored probably the most important goals in the season and secured as an very important victory.
The last match was Sevilliano. I had to won a point to qualify to CL, while Sevilla needed only an victory. Munir scored an early goal to Sevilla, but again Borja took everything in his hands, scoring an header from Gomez assist. The score stayed 1-1, so we finally could start to celebrate a huge success.
After La Liga crazy finish (I had to say that Real lost title against Espaynol who played only for glory, in the last fixture), I turned to Euro Cup II final. I realized that we play in Sevilla, as guest, and that was a really big pressing to us. The match was quite good, with a couple of chances on both sides. I think that they created an chance more than me, from which they scored a winning goal. I wasn't disapointed, because I was expecting that we will reach an final.
Now I am turning to new season. I am going to make some changes in dressing room and try to achive at least another CL in the next season.
These are some player statistics : 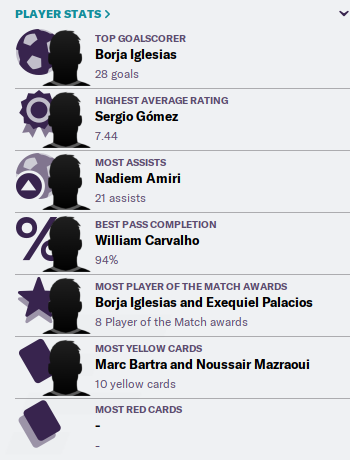 Team of the season in La Liga : 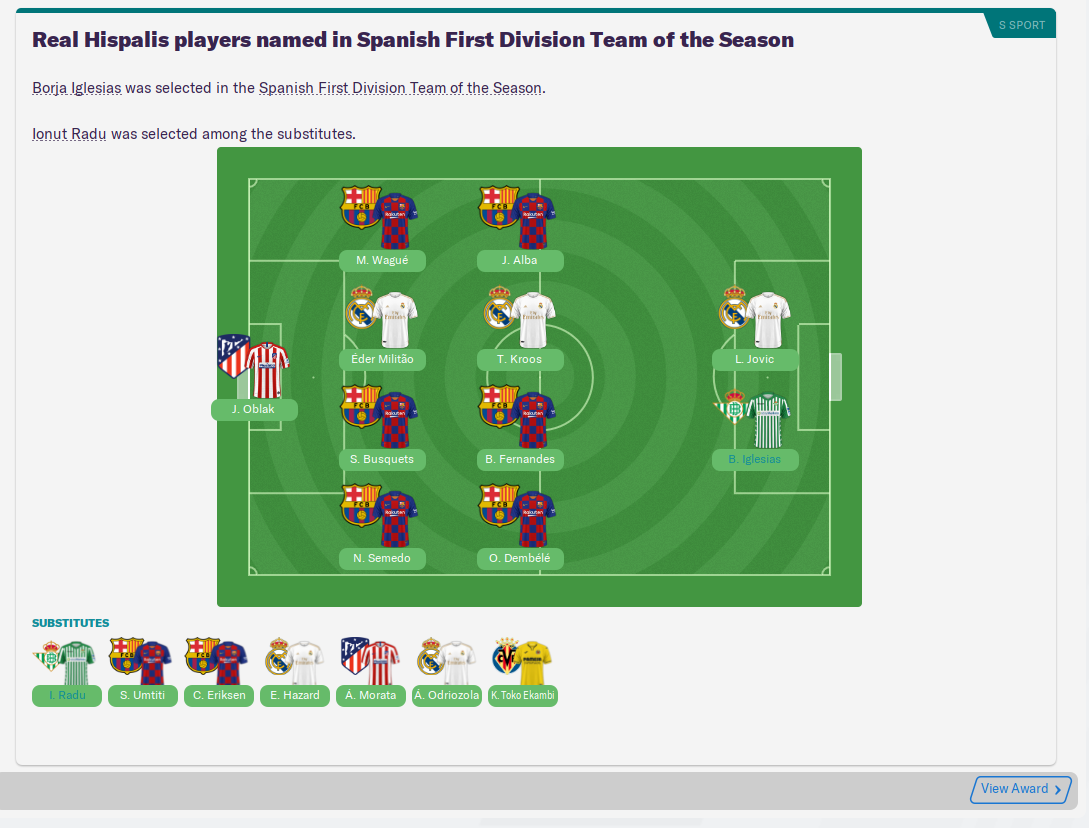 Eoin97
5 months
A fantastic season all round for Betis. Reaching a European final, having Borja Iglesias in the La Liga team of the year and winning the Pachichi over players like Lionel Messi and most importantly, qualifying for the UCL for next season. Well done mate and what a dramatic finish!
Login to Quote

TheLFCFan
4 months
Good job in qualifying for the Champions League! Looking forward to seeing this upcoming season.
Login to Quote

ScottT
4 months
Well done on qualifying for the Champions League. A very disappointing loss against Spurs though

Staticshift
4 months
Very nice. Got a bit of a soft spot for Betis, nice to see you doing so well.

Must admit, I was a bit sad you let Canales go to China haha
Login to Quote

You are reading "Champions league is coming back to Benito Villamarin.".