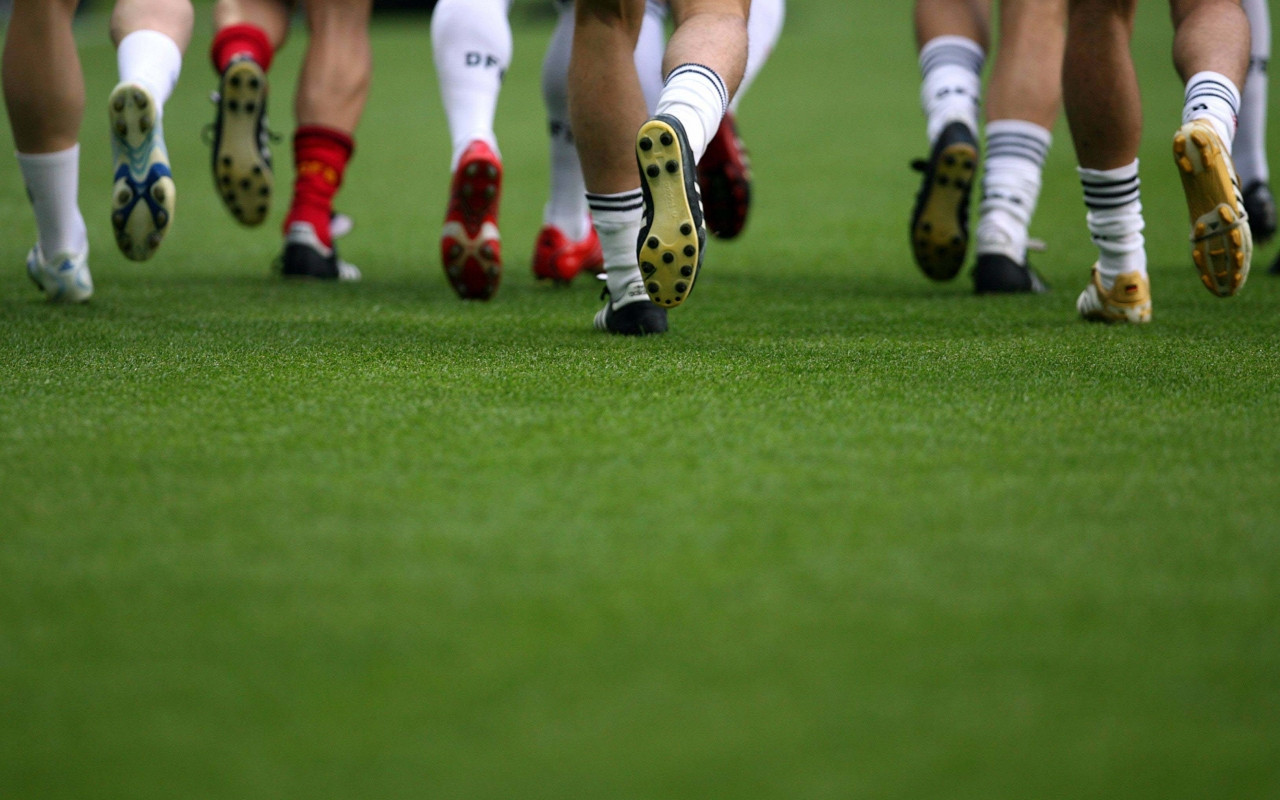 A little background on our protagonist: Maxi was born in the 8th of March in 1985 to Jorge and Sabina Villaverde and was an only child. The family never really struggled for money, as Jorge was a banker and Sabina owned a pharmacy. Maxi's best friend is Cristian Álvarez, who he met on a sunny day while playing street football and since then, they were inseparable. Maxi's parents were strict and decided not to let him pursue football and instead, focus on his studies. That enraged Maxi who at the time was already at the youth team of Rosario Central. He decided not to stop, keeping it a secret from his parents. When at the age of 19 he was offered a professional contract by Rosario Central, Maxi told his parents and instead of being supportive they were angry at him. Disappointed, Maxi rented an apartment and moved out of the house, growing more distant from his parents day by day.

I suddenly open my eyes because of a noise. My doorbell is ringing. "Fuck, I'm late again." I thought. I opened the door and saw my teammate and best friend, Cristian Álvarez, looking at me with utter disappointment. Cristian and I were childhood friends, climbing the ranks of Rosario Central together. He had already made his debut for RC against River Plate last March and since then, he was slowly becoming a first-team player.

"Well well, look who decided to answer the door. Coach is gonna kill us if we're late again." he said.

"Don't worry, I won't be the cause of you getting dropped. In my case, I won't be in the squad against Newell's Old Boys anyway." I replied, still half asleep. "I've been training the hardest I can and even though coach is saying I got potential, he never gives me the chance to prove it. I haven't even been on a matchday squad yet."

"You'll get your chance my friend, don't you worry. If Castellano hadn't gotten injured against River Plate, I don't think I would have made my debut anytime soon. But you see, that one chance I got, I took it. That's what you have to do when that chance is given to you. Until then, keep training and showing coach your potential. You're only 22 anyway."

"Yeah, you're right. Last time you gave me adivce though, we ended up in a police station." I replied while laughing. "Anyway, let me wash up and then we'll leave for training."

And so we left for training, which was not that intense, since we were 2 days away from the Rosario derby and coach didn't want us to injure ourselves. Before we were allowed to leave, Carlos Ischia, the club's manager wanted to announce the squad list for the game. As he was going through the list, I wasn't paying that much attention, as I already knew my 'fate'. That was until I heard the last name on the list, "Maximiliano Villaverde", and it was mine. That match was the chance to prove myself and it was exactly what I was planning to do.
Login to Quote

TheLFCFan
2 years
I wonder why the pair ended up in a prison...mischievous pair it seems! Hopefully Maxi can take his chance if he manages to get any minuets in the game, maybe his dream will come true!
Login to Quote

ScottT
2 years
Good start. Glad to see you back writing, I always enjoy your work. Looking forward to what journey we go on with Maxi.
Login to Quote

Jack
2 years
Look who's back with a brand new track! Villaverde and Álvarez seem to be partners in crime... Literally! Can see a nice little bond going forward here

Justice
2 years
AND ITS LIIIIIIIIIIVE
Login to Quote 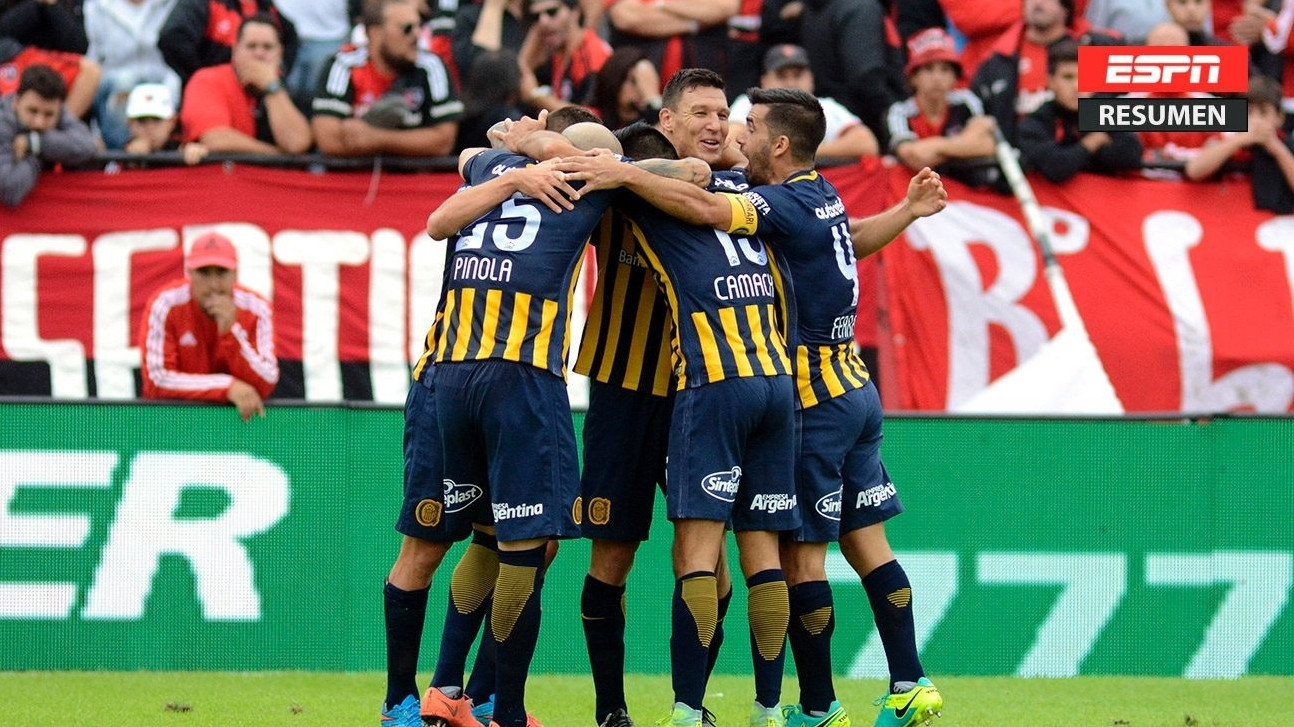 The players were out for warm-up. I wasn't in the starting eleven, which was expected, but I was still hopeful for a debut. Cristian, who was starting as goalkeeper, gave me a little thumbs up on the way to the pitch telling me "Don't lose hope, game hasn't even started." and gave me a fist-bump. I gave him a little nod and then each of us proceeded to do his own thing.

After about 40 minutes the game started and El Coloso del Parque was full. The atmosphere created by Newell's fans was chilling enough to make me anxious, even from the bench. We were 20th, only managing to get 4 points from 8 matches, while they were 12th with 11 points. Of course the match was extremely important from both sides and as expected it was a tense match with a lot of fouls. 25 minutes in, NOB had already gotten 2 yellow cards while they also had a goal disallowed for offside. We were barely keeping the ball and on top of that we had zero shots. Something had to change at half-time. Seconds before the half ended, one of our main player's this season, Gervasio Núñez, got himself sent off for a horrid tackle, making matters even worse for us. Some seconds after the card, the ref blew for half-time.

The 2nd half was a whole different story. We were suddenly playing a whole lot better even though we were a man down. We were keeping possession and shooting. 67 minutes in, at the peak of the match's tensity, Ischia called for me. Suddenly I was being subbed in. The moment I was waiting for had come. Hearing the stadium announcer saying "...number 17, Maxi Villaverde" got my heart pumping. The moment my feet touched the grass everything feeling I had went away and my only goal was to win us this match. Unfortunately, things weren't going as planned. NOB were pressuring us a lot forcing us into many mistakes, some of which were my own. Around the 79th minute, a cross came in to the box and the NOB defender mistimed his jump, leading to me being 1-on-1 with the keeper. I shot low at the bottom left corner and my heart suddenly stopped.

Inside the next 10 seconds I was mobbed by my team. I scored what seemed like the winner against our bitter rivals. My dream two days ago suddenly was true and I could not have been happier. When I got up, I shush the opposition fans. Up until the end we were bombarded with shot after shot but thankfully Cristian was at his best.

I won us the game and it felt good to prove myself. I was also happy for Cristian, who with a performance like that, was bound to be a first-team player. Next day all I was seeing in the Rosario papers was a photo of the goal celebration and some mixed headlines like "Villaverde: Star Of The Future?" on one side and "Bench Warmer Helps In Unlikely Win". My favourite was undoubtedly the one that said "The Man Who Silenced 40.000 People". I was Rosario's most famous man and the funny thing is, my career had just started.

Seb: I think his dreams did indeed come true. Thing is, he doesn't want to stop there!
Scott: Thank you very much Scott. Really excited for your story when you decide writing it as well!
Jack: Yup, I can confirm they've spent a night in the police station. Why though, will probably be explained at a later update.

Justice: You've seen nothing yet!
Login to Quote

ImThatSybGuy
2 years
What a bunch of NOBheads
Login to Quote

Griffo
2 years
Great start to this story, best of luck
Login to Quote

ScottT
2 years
That's certainly one way to make your debut - in absolute style!
Login to Quote

Jack
2 years
That’s some going, in such a high-stakes game. Unbelievable stuff and a warm welcome into the world of professional football!
Login to Quote

TheLFCFan
2 years
A debut and a half! Lets goooo!
Login to Quote

Needed To Be Done 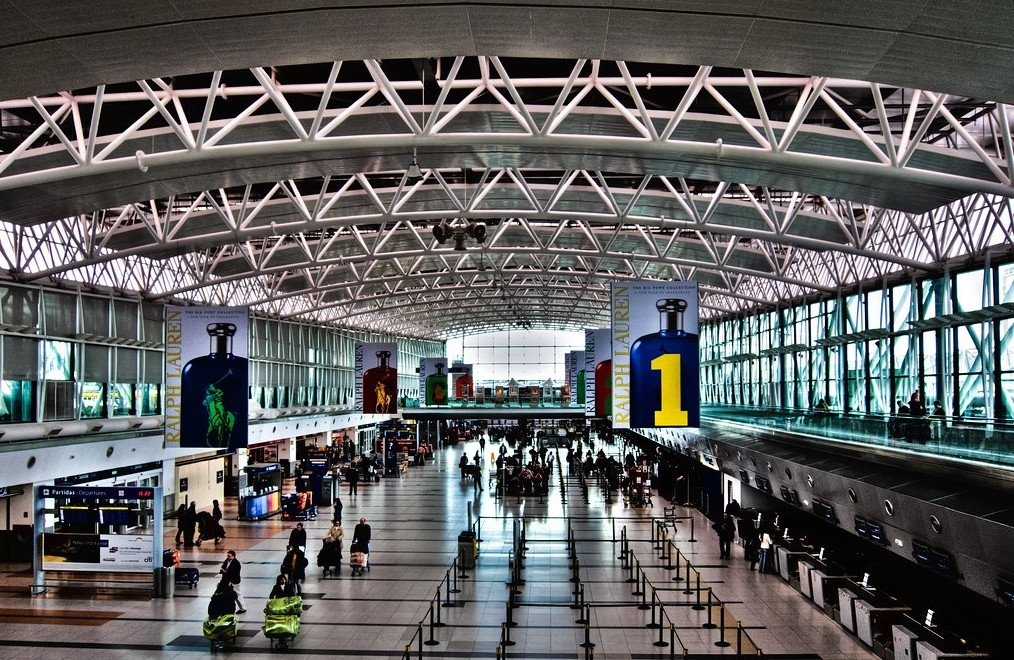 "I'll miss you man. Good luck on this huge step, you deserve it more than anyone else here." I said with a tear or two in my eyes.

"Never stop working my brother, I'll miss you most of all. We'll be meeting again, don't you worry." replied Cristian.

My childhood friend and team-mate Cristian Álvarez was leaving the club and was joining Spanish side Espanyol, for a fee of 600.000. I was mixed with feelings of happiness and sadness. Just before leaving, Cristian gave another one of his famous pieces of advice. "You are 23 years old Maxi. You are not that old but you need to play. You need to realise your talent. I am afraid that if you stay here, you'll be unable to do so. I'm telling you that as a friend, not a teammate." he said before leaving for the airport. He was right and I wasn't getting nearly enough chances, appearing only in 8 games the past season, despite scoring 3 goals and assisting another 3. I hoped that after my debut against NOB, I would be given chances, but that didn't happen. I was very fed up with this so I contacted the coach, who told me to meet him next day after training.

"Hi Coach, you told me to meet you today." I said hesitatingly, being nervous about my future.

"Ah Maxi, come in. Yesterday you called me about your role at the club if I remember correctly. So, after getting the opinion of the board, we decided that you have two options. Stay here, fight for a starting spot and show you want it, or if you wish we'll transfer list you." he replied calmly.

"I'm sorry, but I'm already 23. I need to be playing so if that's okay with you, I'd like to hand in a transfer request."

"I see. I'm sorry it had to come to that Maxi. I guess this is goodbye then."

Next day, I was told that my request was accepted and I was in the transfer market, waiting for clubs to make an offer. Some days later, my agent called me to inform me that the offers from overseas have been accpeted. These were my options:


I informed my agent that I would need 2 days tops to decide, something which he agreed on. The only thing I knew was that I wanted to play the sport I love but all 3 of those choices were interesting in their own unique way. Surely a decision I had to make, but a hard one nonetheless.

Syb: Amazing and clever.
Griffo: Thank you very much mate!
Scott: Shame it didn't continue. Oh well, we'll see how Maxi will do in his next club.
Justice: Not gonna lie, I had to search what PHWOAR means. Now that I do, I have to agree.

Jack: Let's hope Maxi will have his own success story soon though!
Seb: Oh, we will go!
Login to Quote

ScottT
2 years
All three sides have their advantages and drawbacks. It's a difficult decision to make for Maxi and one that isn't guaranteed to work out necessarily, irrespective of which club he opts to sign for.
Login to Quote

TheLFCFan
2 years
Going to be tough for Maxi to break into all three of those sides, but hard work will certainly get him there. Looking forward to seeing him maximise his potential.
Login to Quote