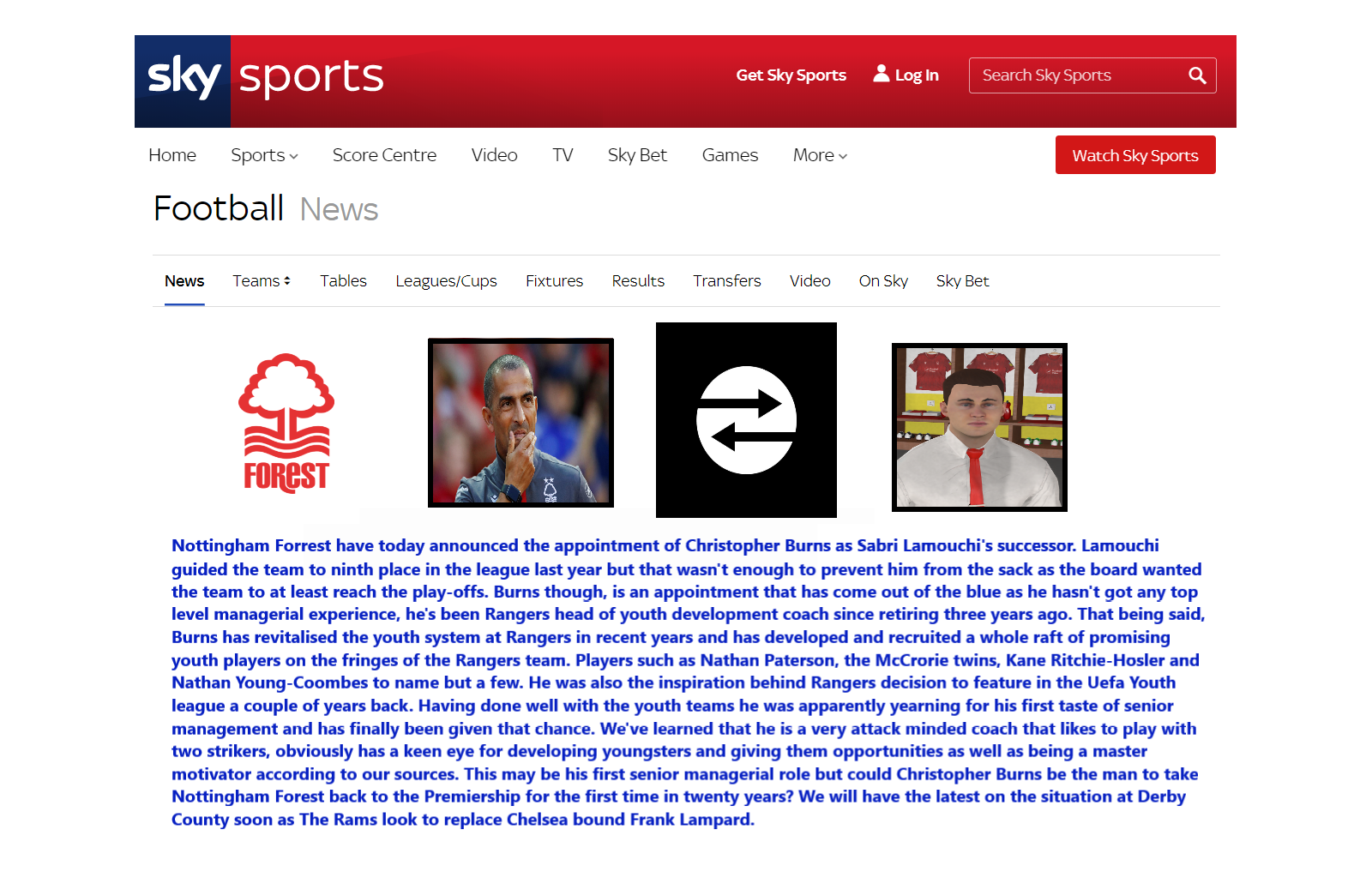 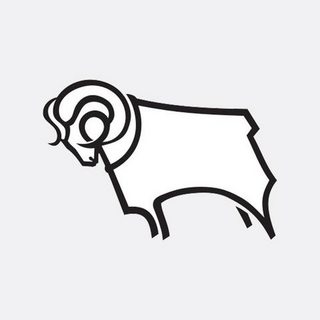 Derby County have this morning made the announcement that Euan Leck will be taking over the reigns. They are excited to be announcing another young and exciting manager for the club after how well Frank Lampard had done last season in reaching the playoffs in his sole season in charge. There may be some controversy around the new manager though since he has now management experience and having never played professional football. The young manager has all his coaching badge though that have been paid for by his favourite uncle Mel Morris.

Mel is keen to bring his nephew in to try and give him a good start in life and is really hoping the plan doesn't backfire on him. It will be interesting to see how the fans react to the latest appointment and what sort of budget he is given compared to previous managers to take this great club back to the Premier League

ScottT
1 year
I like this idea and the selection of teams makes perfect sense. Good luck!
Login to Quote 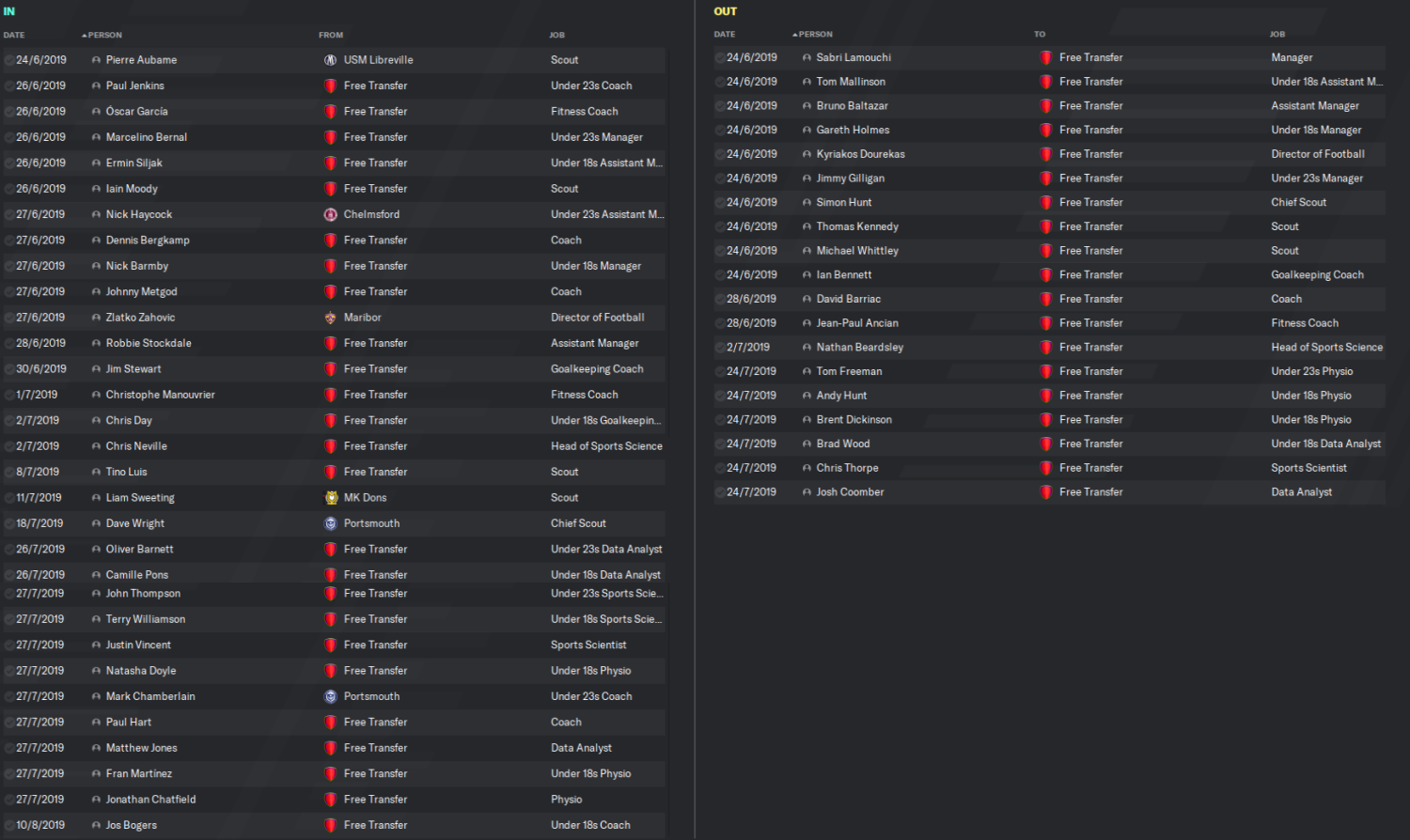 ScottT
1 year
Andre Gray back in the Championship. Watch out opposition defenders!
Login to Quote

Preseason ha been and gone now and it certainly didn't go to plan as we really struggle how to get our team playing the best football.

It all started and finished well but the rest in between those 2 game was pretty bad. Rooney was just awful and can't decide on his best position. May even try and sell him in January if he doesn't pull his finger out

We've done some smart business in the transfer window to try and strengthen an already good team. Just need the players to gel a bit now to push the team forward.

There haven't been too many changes to the set up here but have have improved where we've needed to as we competed for a lot of staff with Nottingham Forest manager Chris Burns.


The season i now under way. have thing improved r have they managed to get even worse? Has Mel made a mistake in hiring his favourite nephew? 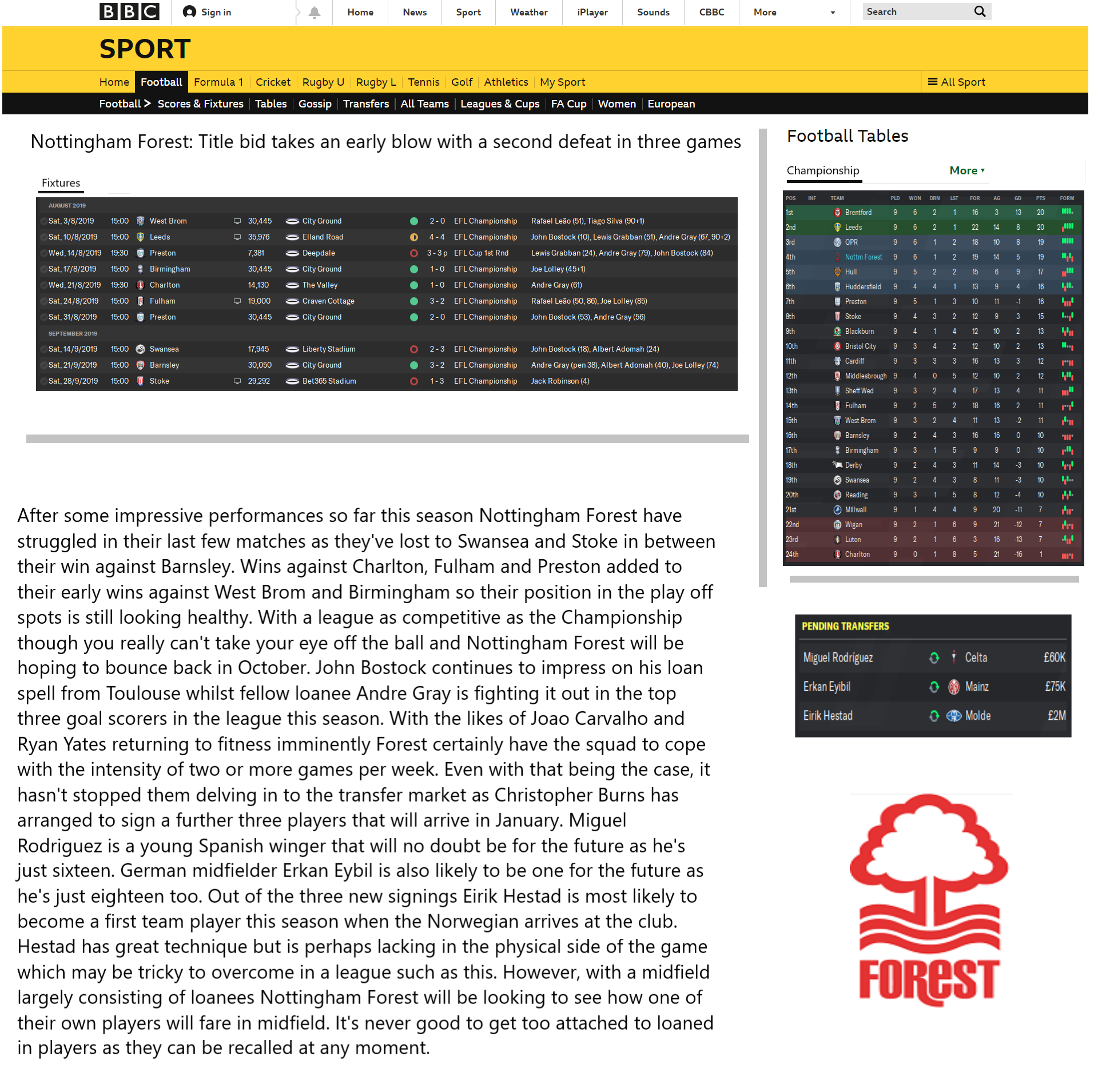 ScottT
1 year
A very good start to the season. I agree that a reliance on loanees is never great, too. It can have a very real detrimental affect.
Login to Quote 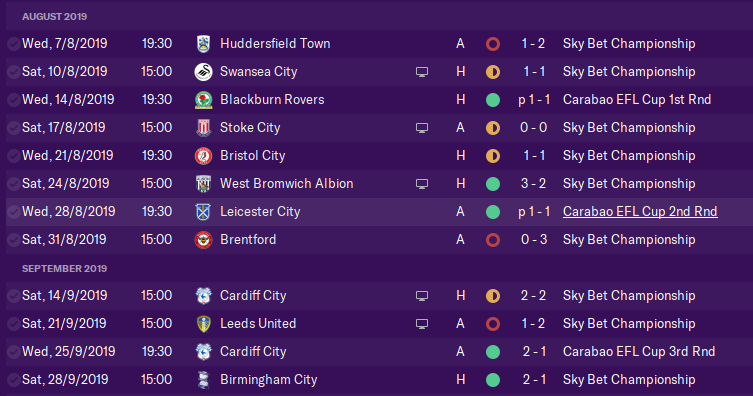 Things have certainly not gone to plan so far for Derby with only picking up 2 wins in the opening 9 league games. The team just haven't been able to play to the formation that I was wanting them to apart from in the cup games where we have been very lucky to make it through in Penalties against Blackburn and then Leicester to put together a nice wee cup run.

Our main problem in the league is that we always fall behind first and then on the back foot and having to fight to get back into every game. We have also been plagued by injuries which really hasn't been helping either.

With all this in mind I decided to try a new formation heading into the Cardiff game and it seems to have worked as we pick up two good wins to finish the month.

In a lot of games we can get nearly 30 shots off but maybe only a third of them hitting the target so in January we will be looking for an experienced goal scorer that is able to win games for us as our younger players aren't coping well with the pressure at the moment.

ScottT
1 year
A poor start given the quality within Derby's ranks. Hope you can get things addressed quickly.
Login to Quote

Justice
1 year
An interesting concept, I hope this continues!
Login to Quote 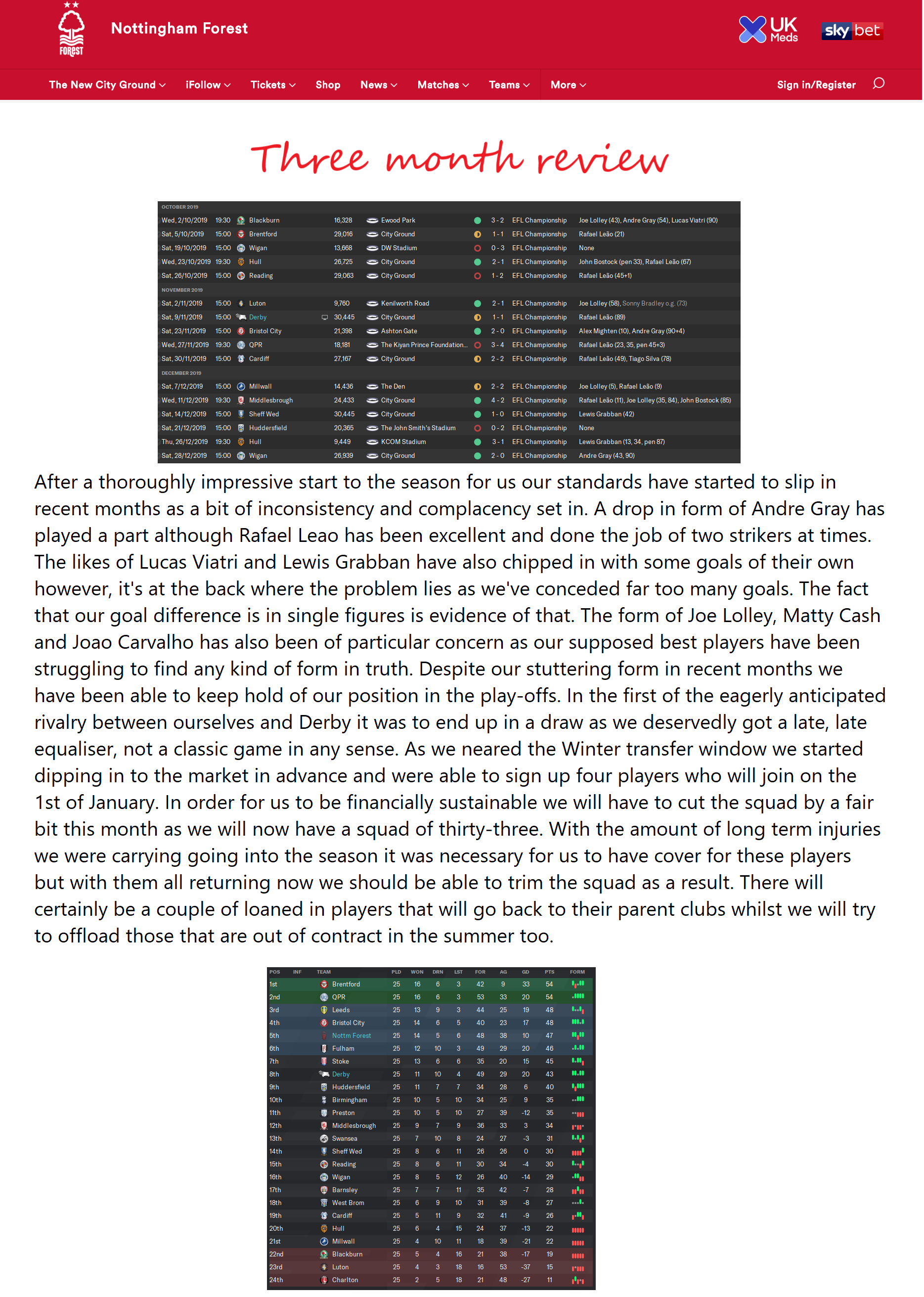 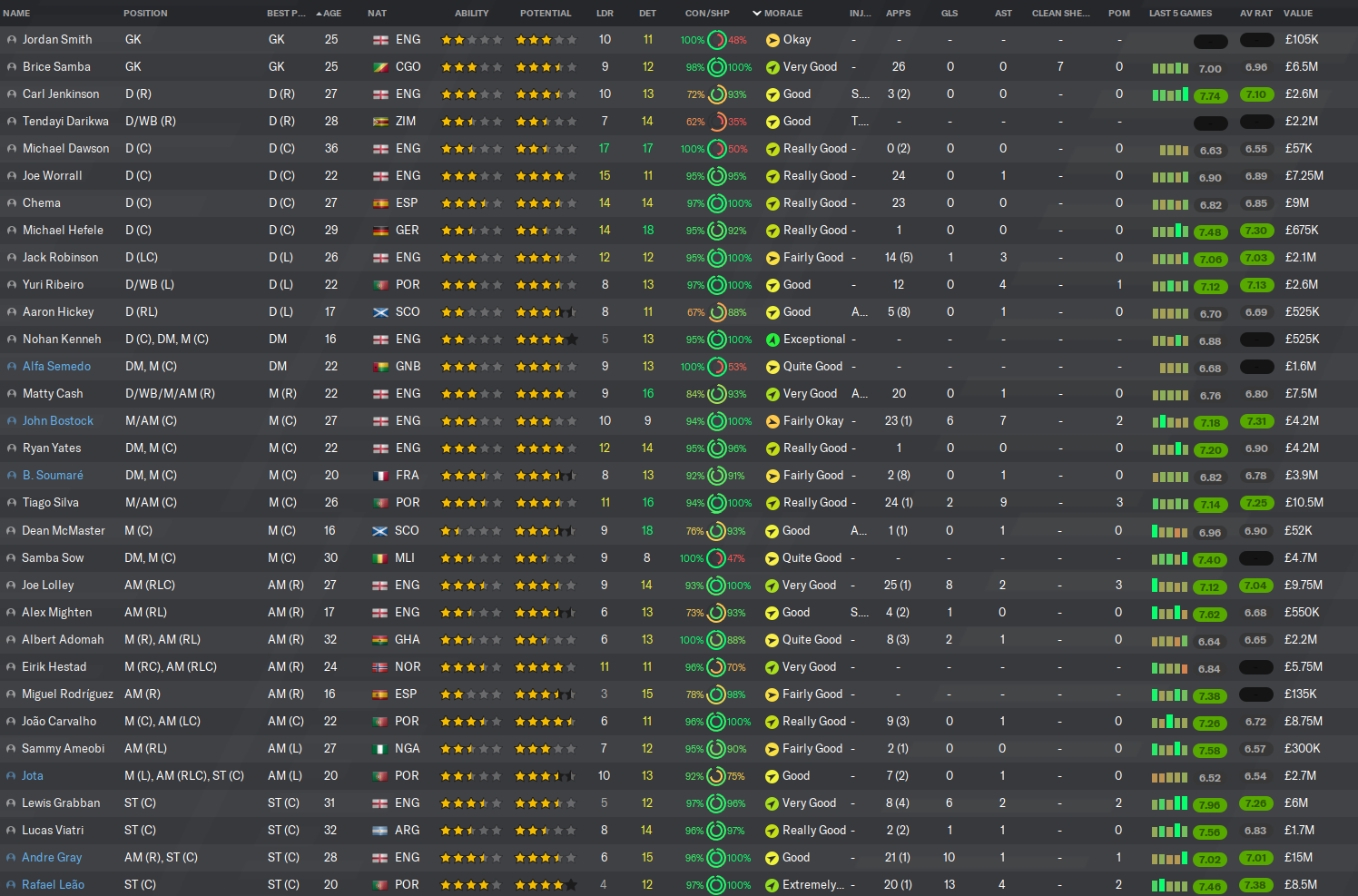 ScottT
1 year
Still doing a fairly good job. A play-off place would be a welcome finish come the end of the season.
Login to Quote 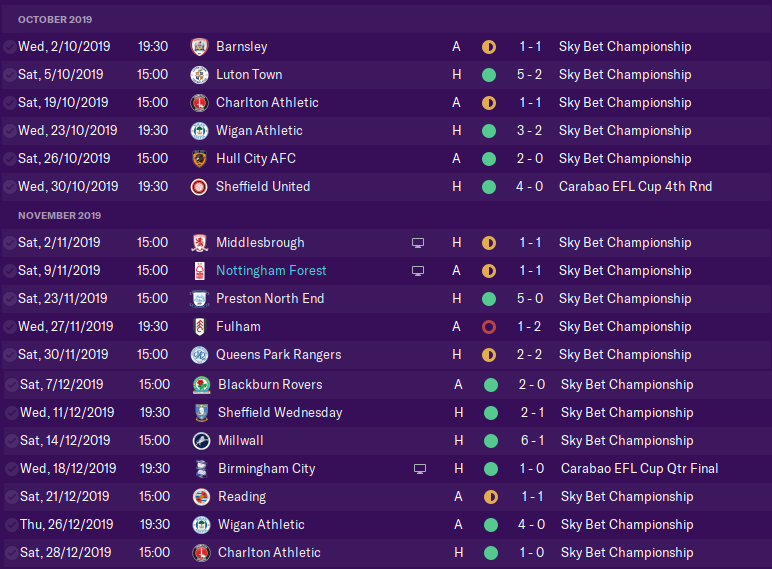 What a 3 months its been as after 9 games we were sitting in 18th on 10 points with only 2 wins under our belt and things were not looking good for the young manager as fans and directors alike were starting to wonder if they right decison had been made when hiring him but with a change of tactics and a change of training things are finally on the up.

For the formation insted of playing an attacking 4-4-2 we have now moved to an attacking 4-2-3-1. The big difference is we have now moved Rooney back to the AMC role instead of playing him up front and we are reaping the rewards as not only is he feeding the ball up to the striker but he is now also scoring goals as well. Tom Lawrence has also been instumental to the team with being the top scorer for the team cutting in off the left wing.

We have now played another 16 games and racked up 9 wins in that time to move 3 points off the play off places and more importantly only 4 points behind Nottingham Forest. We have also continued our cup run in the Caraboa Cup and made it all the way to the semi finals where we will be facing following Championship team Leeds so we've got every chance to make the final.

Heading into January we've had some difficult desicions to make in regards to who to sell to raise some funds and some players have now agreed to leave the club. It will be an important window for us as the players we bring in could be the difference of getting into the play off positions or not.