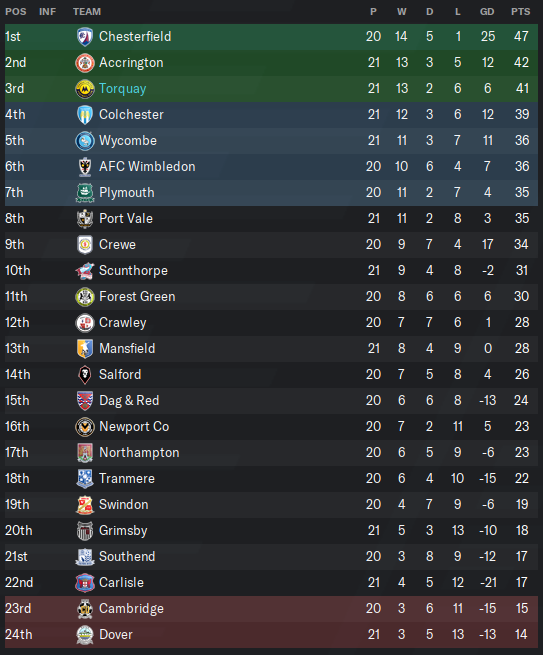 No1VillaFan
3 years
I am loving this story

TheLFCFan
3 years
A tough month and a very disappointing FA Cup campaign in comparison to last years excellence. Despite this, still top three and promotion is still there for the taking. Think that Dagenham game might just of been FM's revenge for the Cambridge win earlier in the season

Jack
3 years
Not the best of months here, particularly for an automatic promotion chasing side. Hopefully it doesn't affect confidence too much!
Login to Quote

ScottT
3 years
Talk about coming to an abrupt stop...

TheLFCFan
3 years
Gutted. A really good story mate that you have managed to produce great updates at a rapid pace. Looking forward to seeing who your next challenge is with!
Login to Quote