YESSSSSSSSSSSSSS! These next 8 games are so damn important, and I'm almost at the stage of saying "Boooo CL" so that you can focus on the league! What a magnificent set of results, but the pressure on the lads has intensified by them. Are they going to stay strong, or will it be a repeat of that season back at *you know where* in season *you know which*?

TheLFCFan
8 months
Starting to get nervy now. This form has been incredible and apart from that RedBull result, which didn't matter in the end, you have been incredible. I hope this form continues into the final run in!
Login to Quote

ScottT
8 months
Conor wanted his team to be in a position to be able to take advantage of any form of slip-up from their rivals and they have done just that. Now that they're in the ascendancy, they need that same level of class to ensure they surprise Europe and claim the Ligue 1 title.

Let's hope European exploits - which I must say is another highlight of this season so far - don't prove to be a distraction.
Login to Quote

OneMoreGame
8 months
Godlike form, absolutely killing all opposition! It will probably go to the last match, so good luck!
Login to Quote 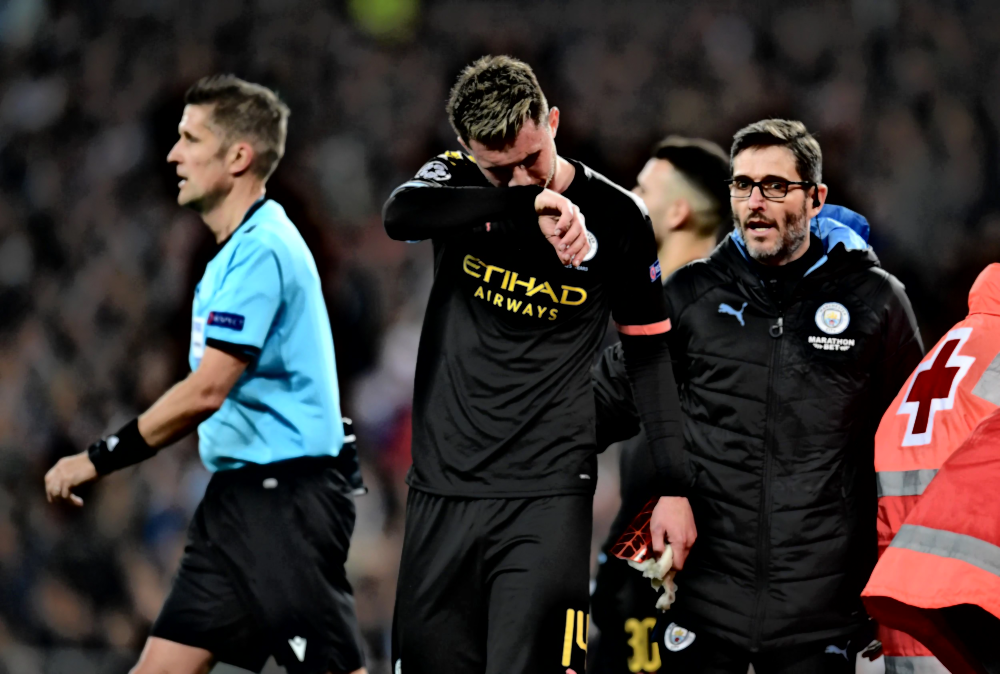 After a very late comeback in the First Leg to win 2-1 in the very final minutes thanks to Jacopo Mavrici and Geraldo Szpilman, the tie at the Etihad Stadium was a much easier affair.

Simone Inzaghi’s team went into the Second Leg with an away goal bonus and the help of the sold-out home arena which was hoped to have intimidated the young Bordeaux squad into slipping at least one goal behind.

The opposite was true as Bordeaux’s 19-year-old Italian left-winger Esteban Garofalo gave Bordeaux an early lead in the 7th minute, subsequently cancelling out the value of City’s away goal at Nouveau Stade de Bordeaux the week before.

Bordeaux weren’t happy with a two-goal advantage on aggregate either. Brazilian star striker Geraldo Szpilman bagged his team’s second of the game and the tie’s fourth just before the half-time whistle.

Bordeaux’s youthful back line of Teggart, Bigot, Benahmed and Abboubi had held tight throughout the two legs with only Thomas Buitink’s First Leg goal getting past them in 135 minutes of football.

Manchester City knew they had to score at least four goals in the next 45 minutes with the aggregate score sitting at 4-1 in the favour of Bordeaux. However, just five minutes after the second half whistle, Szpilman essentially closed off any form of potential comeback with his second goal of the game.

The Ligue 1 leaders are the only French team remaining in Europe’s greatest prize with FC Barcelona forcing themselves through on away goals in their Quarter-Final fixture against Paris Saint-Germain.

In the Semi-Finals, Bordeaux have been drawn against last season’s enemy: Borussia Dortmund.

The Black and Yellows were the team to knock Conor McDonald out of the same competition last season in the Round of Sixteen despite drawing in both legs. The First Leg will be played at Nouveau Stade de Bordeaux before another tough tie in front of the Yellow Wall eight days later.
James: Well, you shouldn't say "Boo" to the UCL just yet! There's an opportunity for serious success opening up now! Don't ever mention *THAT* season...
Seb: The boys have been phenomenal in keeping up this form, quite something in what is such a tough league with a trailer as large as PSG on our backs.
Scott: Conor keeps to his word, that's all I'm saying;) The European adventure continues, hopefully not at the expense of our league position and end up with nothing at the end of the season!
OneMoreGame: That'll certainly make it all the more exciting - a final day clash for the title!
Justice: My eyes are burning.
Login to Quote

ScottT
8 months
A cracking result. Bordeaux and Conor will be hungry to avenge the pain of the past against Dortmund and I wouldn't like to rule them out of reaching the final.
Login to Quote

Well done mate, you've gotten through the tie unscathed, and the lads should be full of confidence before facing Dortmund. Hopefully they're more focused on selling their star player to a floundering United side [bit of realism in FM plz] and you can smack them about over 180-minutes.

TheLFCFan
8 months
What a result and into another European Semi-Final. Think the momentum is with you this year, hopeful of a win over Dortmund!
Login to Quote 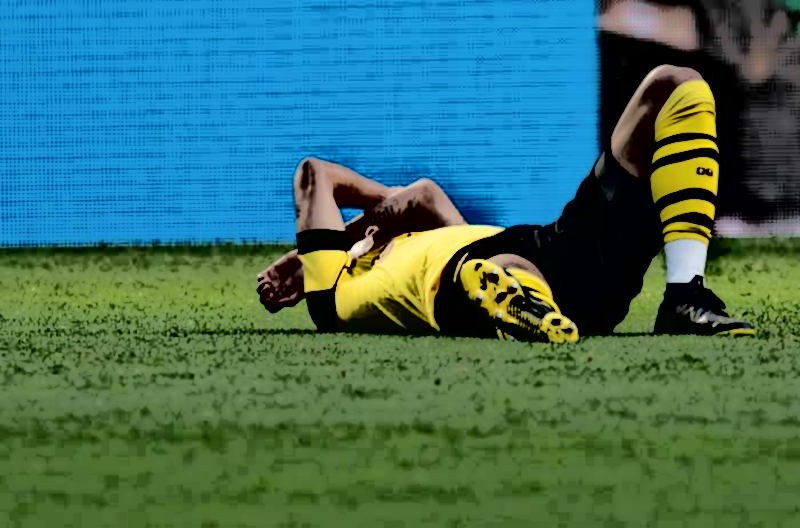 In one of the biggest shocks of the season, Girondins de Bordeaux have won 4-2 on aggregate in the Champions League Semi-Final against Borussia Dortmund.

The tie went to extra-time earlier this evening as the Second Leg ended 2-2 on aggregate following a 1-1 draw in the First Leg last Tuesday.

Serbian attacking midfielder Dalibor Palinkas handed his team an advantage from the penalty spot, following up on his goal from the First Leg.

Borussia Dortmund looked down and out with just minutes to go and with the aggregate score sitting untouched at 2-1 going into injury time. Lucien Favre had a lot to thank his central midfielder Gustavo Villani for as his 93rd minute equaliser sent the game into extra-time.

Bordeaux’s record signing Luis Pina did turn out to be money well-spent just before half-time in extra-time as the €38million midfielder latched onto Kingsley Shagari’s powered pass to feet and nestled it past Alexander Nubel’s flailing arms.

The semi-final was ended in the 118th minute from Bordeaux’s very own Stéphane Pruvost as interplay from the academy graduate as well as Abdelkader Cheraitia and Marko Bubalo led to his near post shot going in.

Bordeaux already reached their best-ever European finish by reaching further than the Quarter-Finals of the Champions League but they now have a Final to look forward to.

FC Barcelona will be Bordeaux’s opponents in Bucharest as they overturned a 1-0 First Leg defeat at the hands of Chelsea emphatically with a stunning 5-1 win at Stamford Bridge.

The Spanish champions and current league leaders will undoubtedly go into the Final as the favourites but given Conor McDonald’s track record of upsetting the odds – both at Bordeaux and his former club Cobh Ramblers – Carlo Ancelotti’s men will have a lot to fear.
Scott: That sweet taste of revenge is beautiful! And what a way to get revenge by getting into the final!
James: The bottlejob days are a long way away now!
Justice: Yeah yeah
Seb: Just one last step now...
Login to Quote 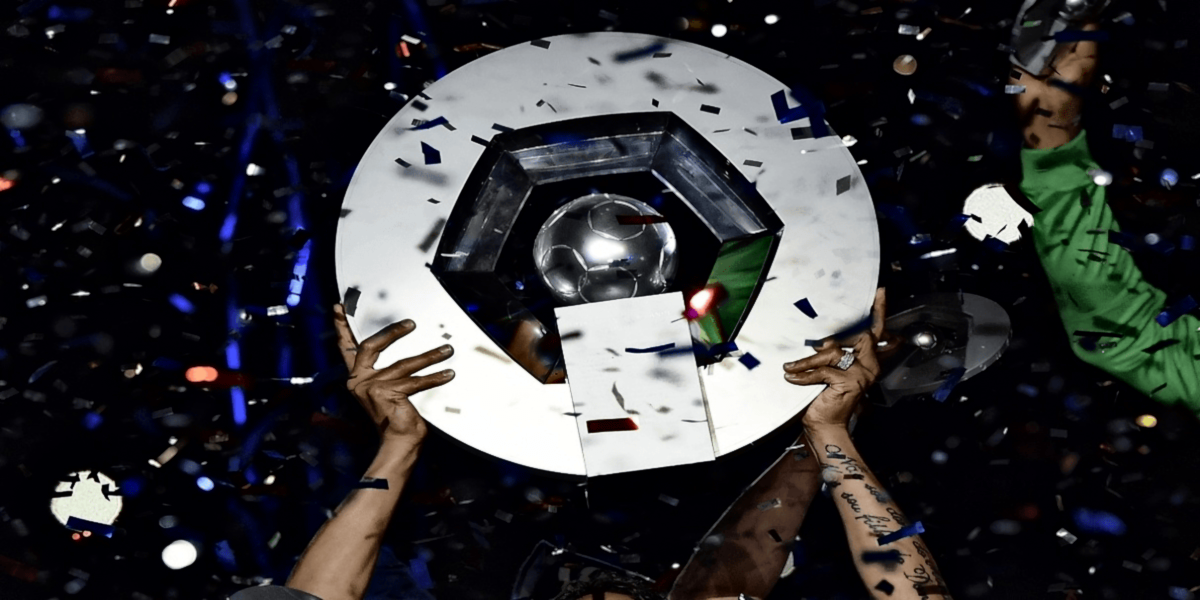 The wait is finally over for Bordeaux as they have regained the Ligue 1 Conforama title for the first time since 2009.

Laurent Blanc was the last manager to taste this success with the club but now it is 30-year-old Conor McDonald’s time to do the same as his talented young team held the title aloft tonight.

Since February, the previous champions Paris Saint-Germain had to keep pace with the new leaders and were relentless in doing so. However, McDonald’s team were just as good as they maintained an unbeaten run in the league stemming back from October.

Bordeaux’s tight 3-2 win over Paris Saint-Germain was a decisive turning point in January before the Parisians lost 4-1 at the hands of Lyon shortly after, giving Bordeaux their space at the top by two points.

Les Girondins finished the season on 103 points, two ahead of Paris’ 101 points and almost set a new Ligue 1 points record in the process.

Before this, McDonald had led Bordeaux to two consecutive 3rd placed finishes in the league but the team he built in the summer along with the addition of Paris’ Lenny Bigot saw a new animal born in the division.

The title was sealed after a 3-0 final day win over mid-table outfit Montpellier who applauded the new champions once the title was won.

Paris Saint-Germain’s Rudi Garcia was also complimentary to his title rivals this season for their performances on the field despite a war of words waging on all throughout the league campaign.

Brazilian striker Geraldo Szpilman – brought in from Sao Paulo for €33.5million – was key to the title surge with 27 goals in 36 league appearances for the club, although he was eight goals behind the eventual top scorer Kylian Mbappé.

With the domestic title in the bag, Conor McDonald must now turn his attentions to Europe as his team face Barcelona in their first-ever Champions League Final.

Justice
7 months
No.1 of Ligue 1
Login to Quote

ScottT
7 months
Congratulations on reaching the final. Barcelona definitely have plenty to fear with this Bordeaux side.

Usually I would have a lot of sympathy for a team finishing on 101 points yet being pipped to the title but I have none whatsoever on this occasion. The dominance of PSG is finally over! The footballing world will be rejoicing.
Login to Quote 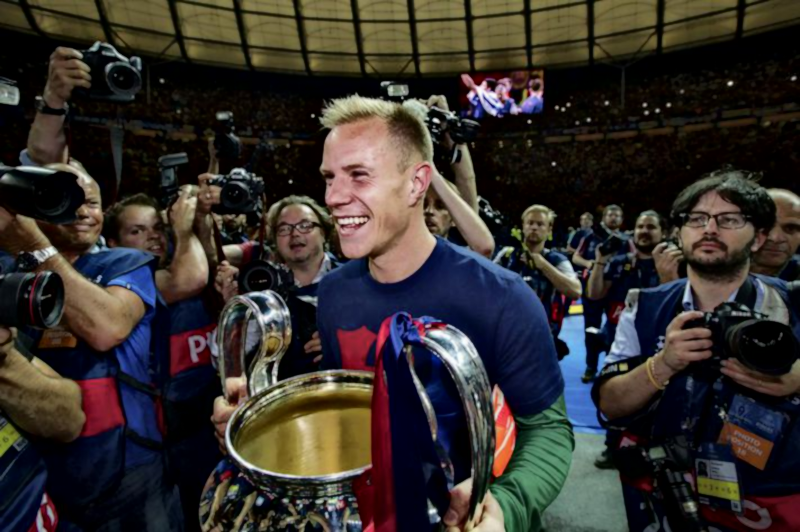 Having beaten Juventus 3-1 in last season's final in London, Barcelona were out to reclaim their trophy for a second season running with Carlo Ancelotti also seeking his seventh trophy since becoming the club’s head coach back in July 2026.

Given the dramatic nature of this season's Champions League campaign, it was no surprise to see the final kick off in chaotic fashion as Barcelona scored their first goal within the first half.

Referee Anthony Taylor pulled up Lenny Bigot’s foul on the edge of the Bordeaux box in the 32nd minute and the former Roma and Manchester City man Alessio Riccardi stepped up to fire the free-kick past Stefan Bajic and into the net from 20 yards out.

It was fitting that Riccardi struck, given that he limped out of last year's final in tears after being injured following a clash with Matthijs De Ligt - an injury which also ruined his 2026 World Cup chances with Italy.

Bordeaux pressed for a route back into a game which was typified by slack possession and mistakes from both sides, but Barcelona made it two as Ansu Fati - the Blaugrana’s hero of the semi-final second leg with three goals against Chelsea - struck a clinical finish in the 41st minute.

Bordeaux came out the stronger of the two sides following the second half whistle with Maximilian González coming on for fellow Argentina-born winger Esteban Garofalo.

However, Conor McDonald’s title-winning side were struck a hammer blow just before the hour mark as Alessio Riccardi nodded in an inch-perfect cross from Houssem Aouar’s free-kick near the halfway line.

Bordeaux still battled on in Romania, regardless of the fact they were 3-0 down to the reigning European champions but nothing came of their hard work on and off the ball as the clock counted down.

Bordeaux’s appearance in the Final was the biggest surprise for most football fans, though, as they became the first French team other than Paris Saint-Germain to have reached a Champions League Final since Marseille’s 1993 victory against Milan.

The Liverpool-born manager Conor McDonald was complimentary of his opposition on the night whilst also commending his own team’s superb efforts in both the league and in Europe.

McDonald had already won the Europa League in 2025 with his former club in Ireland Cobh Ramblers which shocked everybody as they beat RB Leipzig in the Final. However, this appearance in the Champions League Final has turned the attention onto the 30-year-old as the managerial ‘golden boy’.
Justice: AND THE NEW...
Scott: Sadly, Barca didn't have much to fear in the end

As for the league, what a beautiful run of wins! A great way to win the league to do it deservedly.
Login to Quote