Jack
7 months
Amazing that Griezmann and Varane finished off their career at Fratton Park but what a way to do. They'll be missed on the field I'm sure.
Login to Quote

Feliks
7 months
Always loved Callum Gribbin on FM, and I like to see former players return too. Both players should do a decent job at Championship level.
Login to Quote 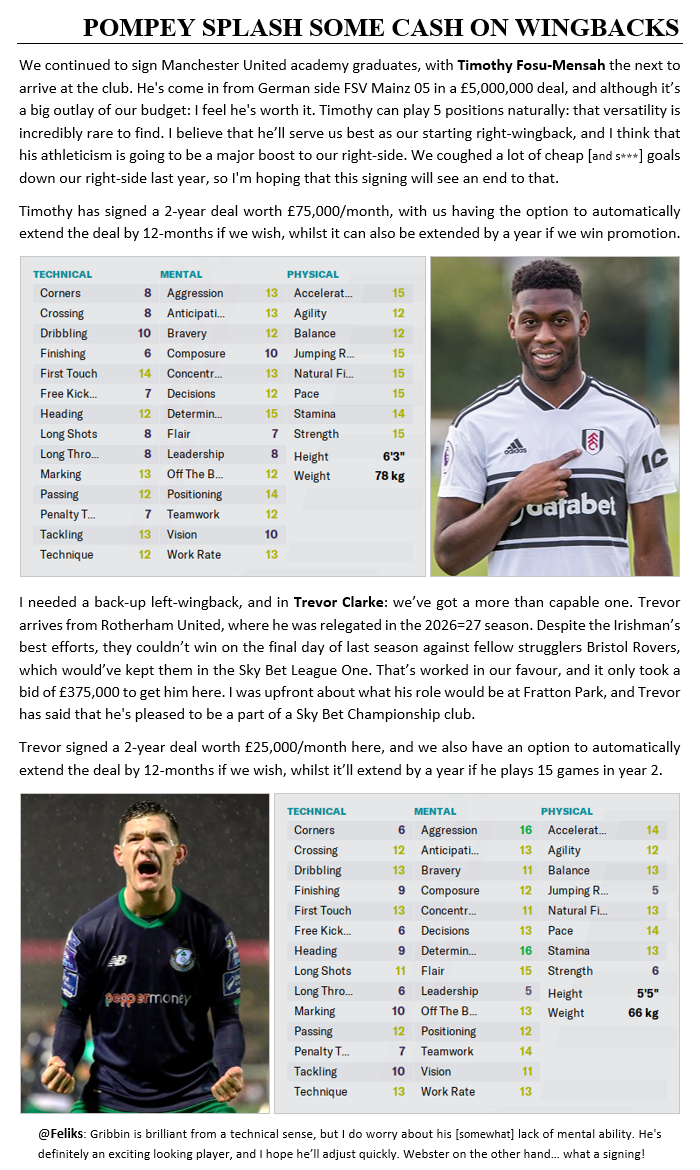 Fosu-Mensah is always a good pickup.
Login to Quote

ScottT
7 months
It could be considered quite the gamble on Fosu-Mensah. Fingers crossed he can go on to justify the fee spent on him.
Login to Quote 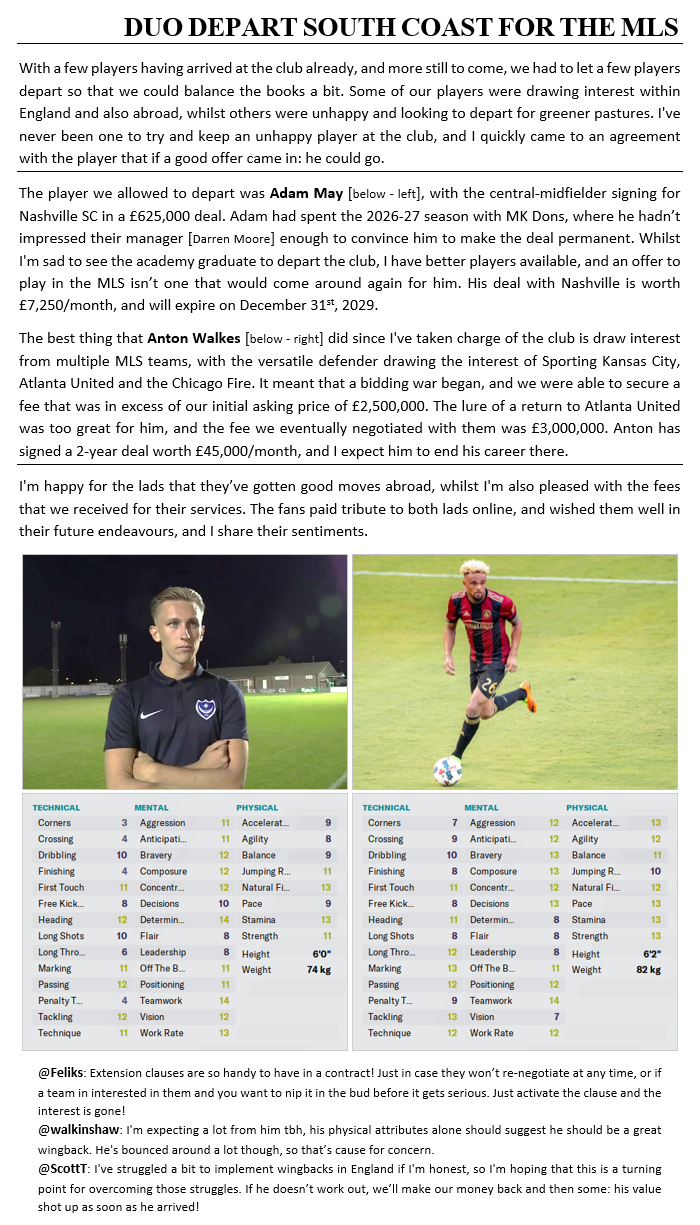 Feliks
7 months
The short, tumultuous career of Anton Walkes under Trpevski comes to a quiet close.
Login to Quote

ScottT
7 months
Some good money recouped for two players whose future wasn't to be at Fratton Park.
Login to Quote 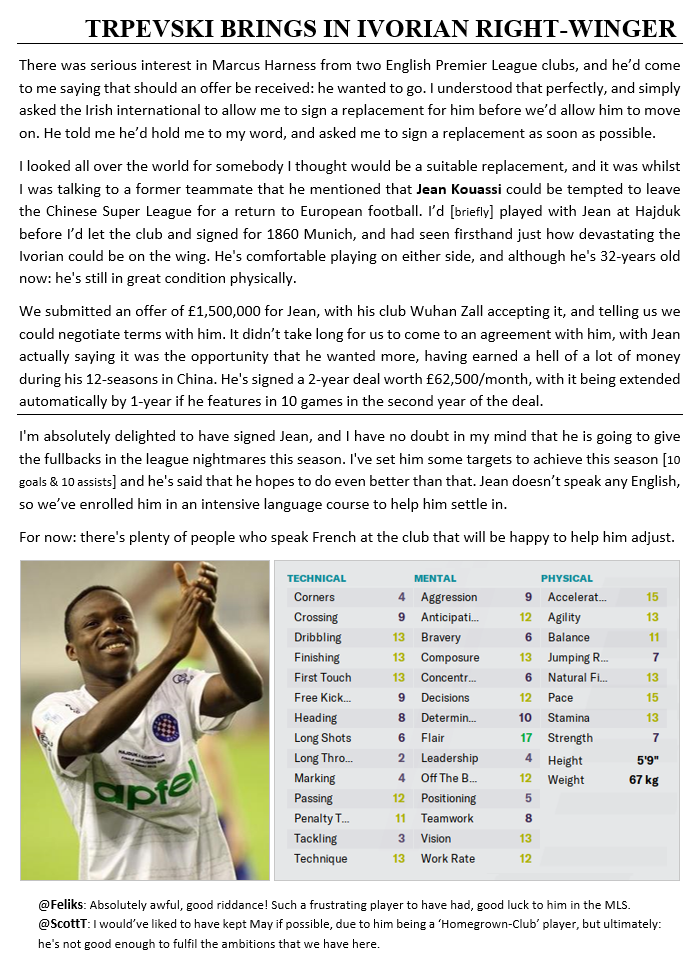 TheLFCFan
7 months
Anton almost pays for Fosu-Mensah, so I think you have got a cracking deal on both sides there. Gribbin has got some massive boots to fill and I worry abut his mental ability to match what Griezman did in his short time at the club. But on a free there is limited risk involved and he may just end up surprising me.
Login to Quote

Jack
7 months
Fosu-Mensah and Kouassi are both tremendous signings, really look like you have the ability to push on from here!
Login to Quote 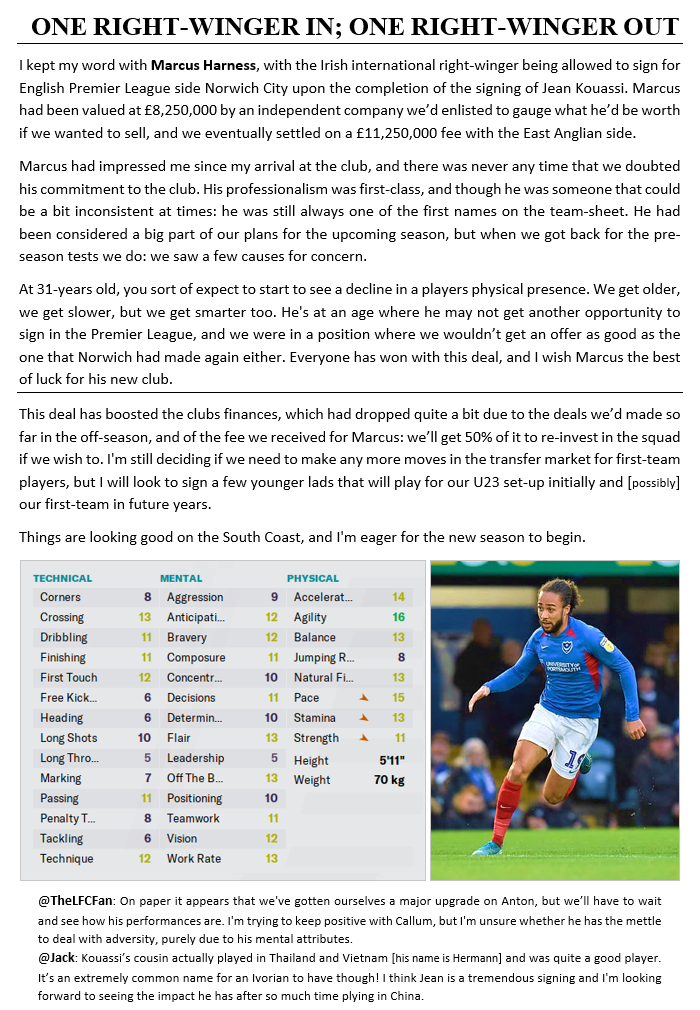 ScottT
7 months
A fantastic amount of money for an older player. The money can certainly be reinvested sensibly to bring in some fresher faces to push Pompey onwards and enable Blagoja to take the club to the very next level.
Login to Quote