Search
On FM Scout you can chat about Football Manager in real time since 2011. Here are 10 reasons to join!
Home › Forums › FM 2020 › FM20 Tactics & Training Discussion 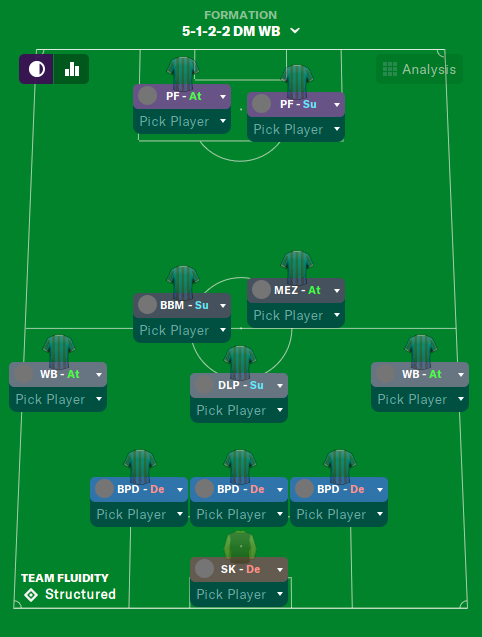 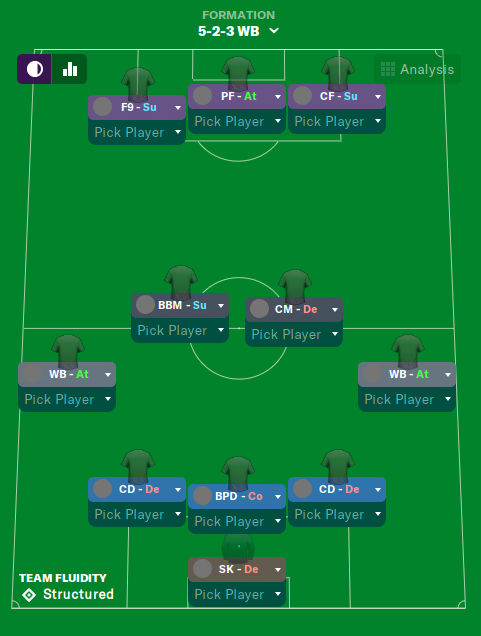 Compilation of some goals
https://youtu.be/lwMwz1XI7HU

Disclaimer: This is my own interpretation of the Antonio Conte tactic from the 2017/17 season. This will NOT bring guaranteed FM20 success as its made to replicate, correct players will be needed

I recommend using this in the Italian leagues as it has only been tested in Italy so far. I also recommend tweaking, tweak recommendations will be below

In 2016/17 Antonio Conte came to England to manage Chelsea, a very difficult job. Things didn’t start well, he began with 4 at the back but it was the heavy loss away to Arsenal that made Conte switch back to his familiar style he used in Italy. This was new to the Premier League. Being able to win the league with a style nobody in England was used to, deserves credit and will we try to replicate that masterpiece in to FM20. We will also be replicating his very familiar 352 system that he trusts very much! and so do we

So, here is how I lined up my 2019/20 Inter Milan squad to try and replicate the Antonio Conte success.

So, here is how I lined up my 2019/20 Juventus squad to try and replicate the Antonio Conte success.

Fluidity - Conte teams have all been well drilled. Here, we achieve this by having team fluidity on Structured

Starts with the GK. he will be instructed to distribute to CBs, Conte liked his team to play out from the back, but not overplay the ball! The aim is here that the two CBs split wide, your Sweeper/Central Defender will look to collect the ball, he will then have a few options, he can dribble, play in to CBs or to the Wing Backs. Your GK must be confident in possession

Contes teams doesn't push to the maximum, he likes to be compact, invite pressure, counter with space. 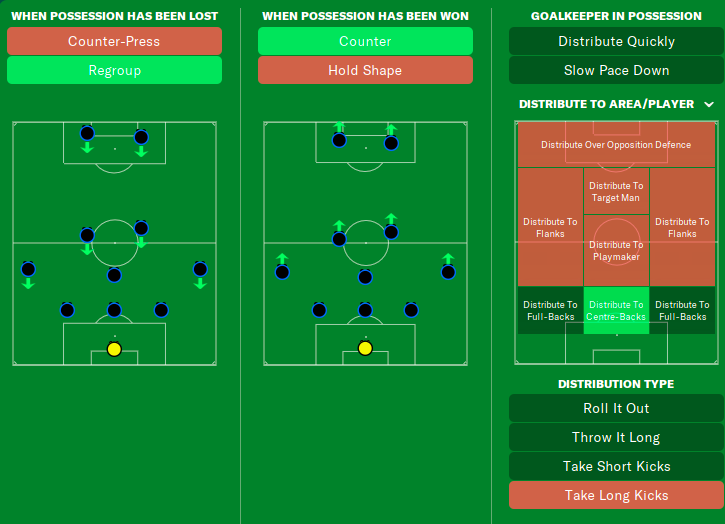 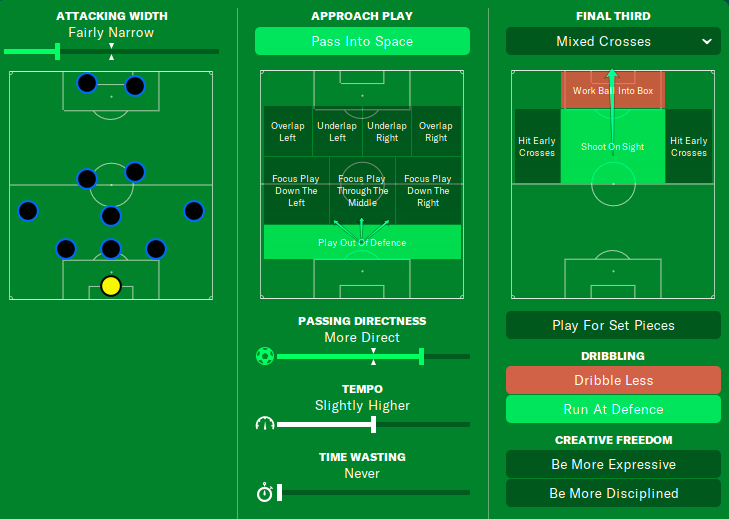 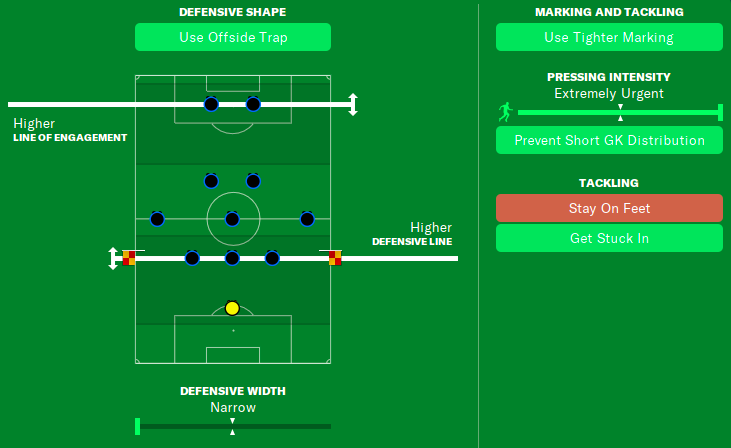 The wing backs will look to attack and defend. When attacking, they will give some width in attack. Both wide defenders will make forward runs often and when defending both of them will drop back in defence making it now a 5 man defence 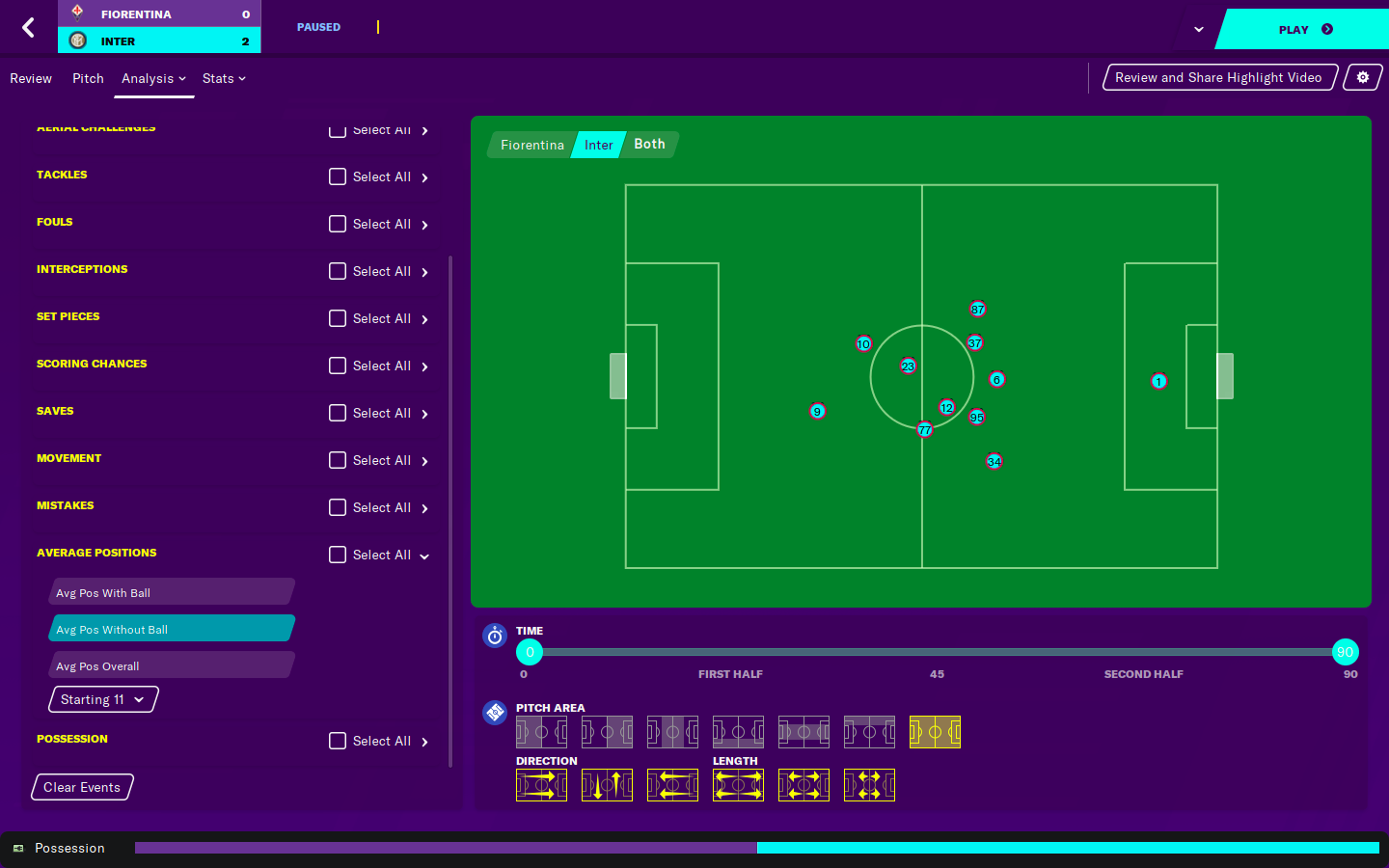 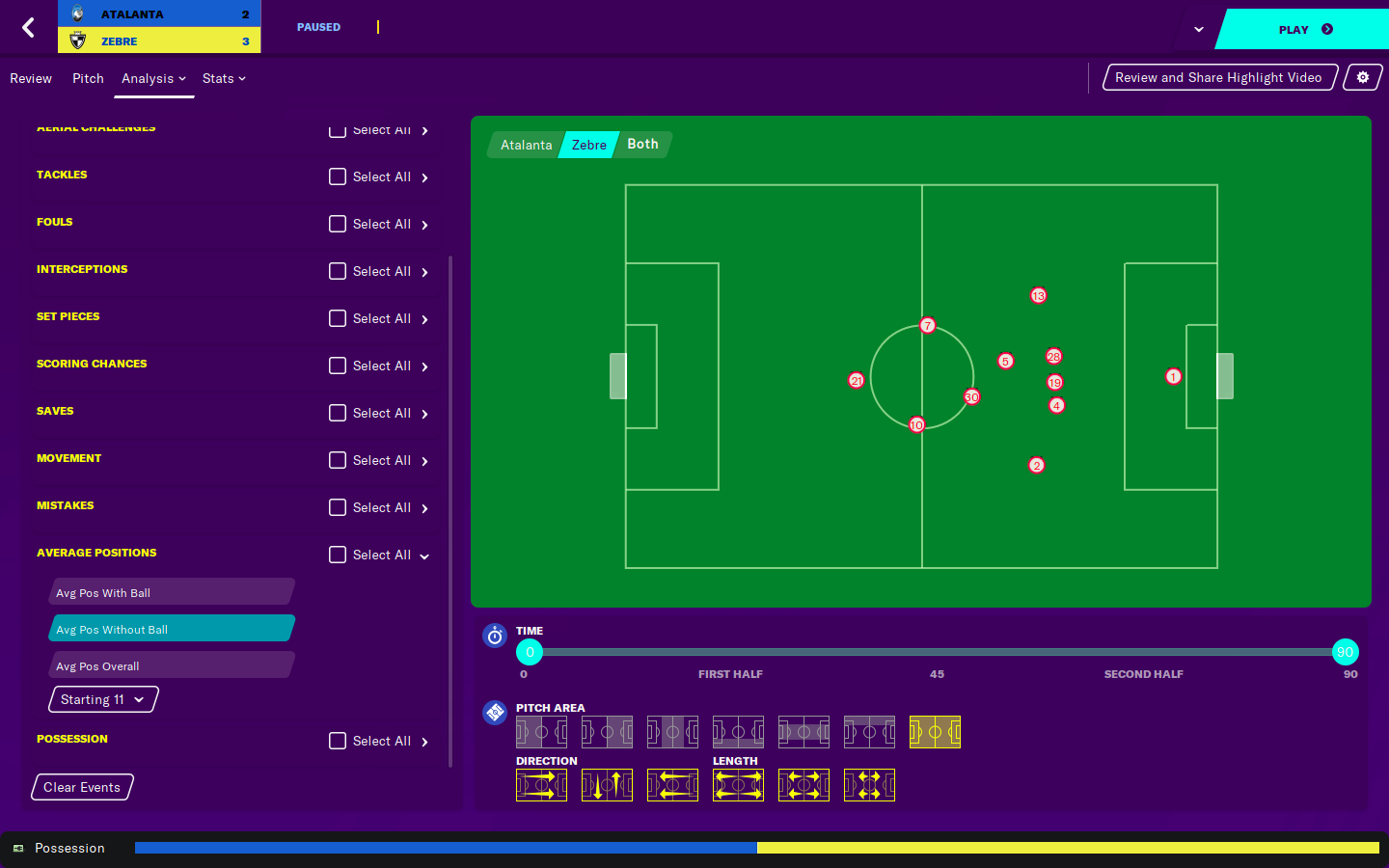 [color=#EF2929]OIs
I only use OIs against the top teams. I pick there best player (example, Neymar at PSG or Ronaldo/Dybala at Juventus) and use "never tight mark" 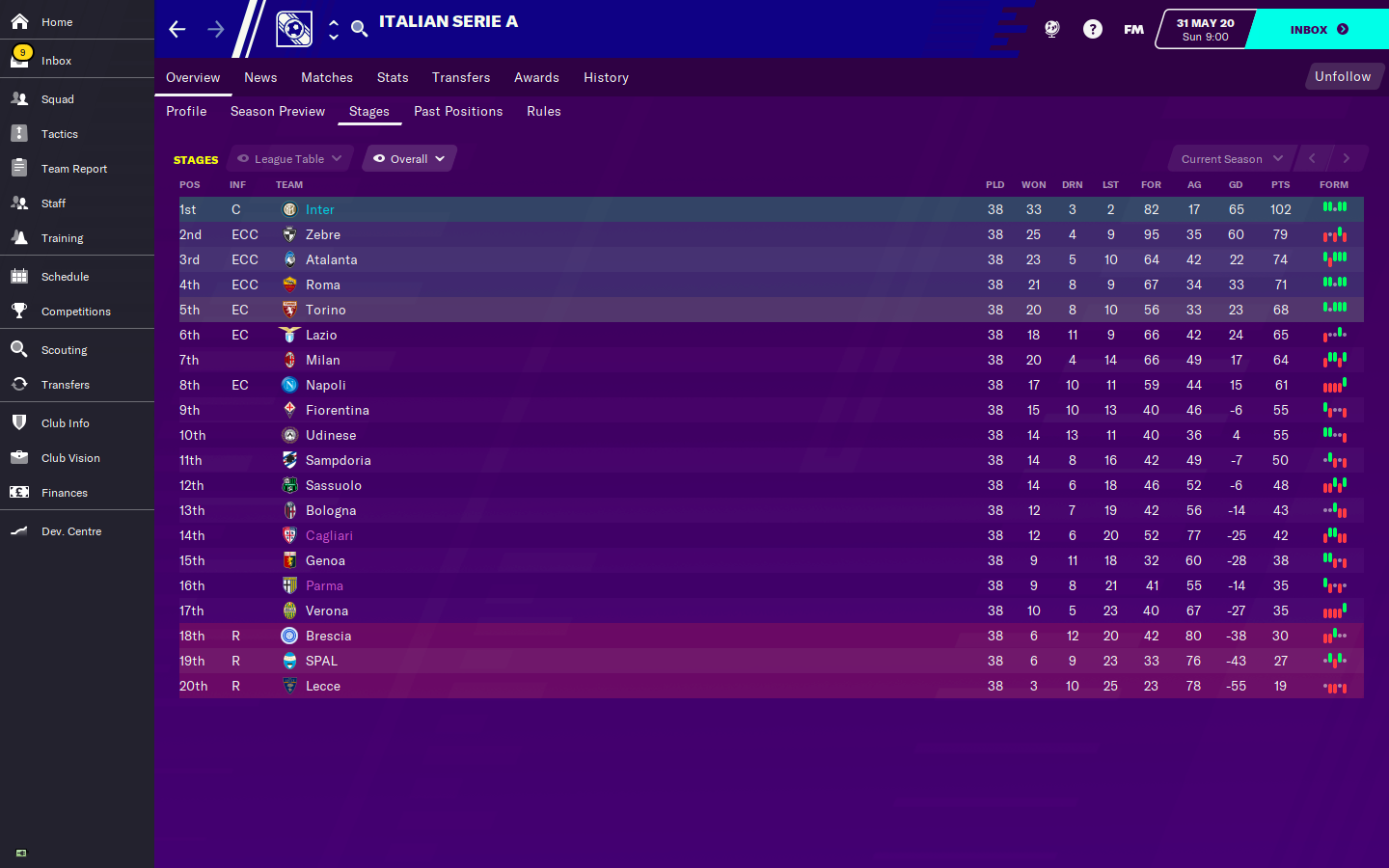 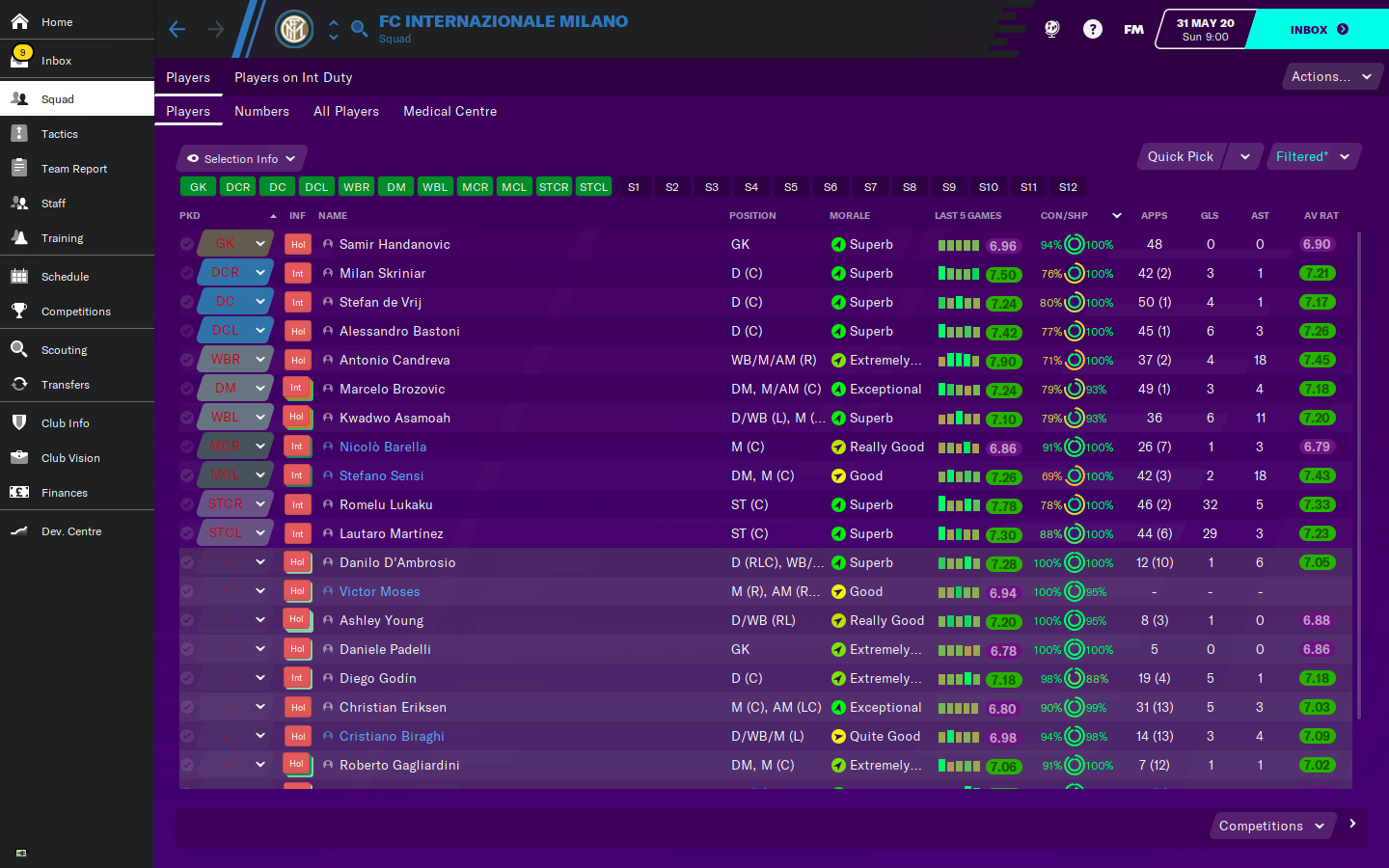 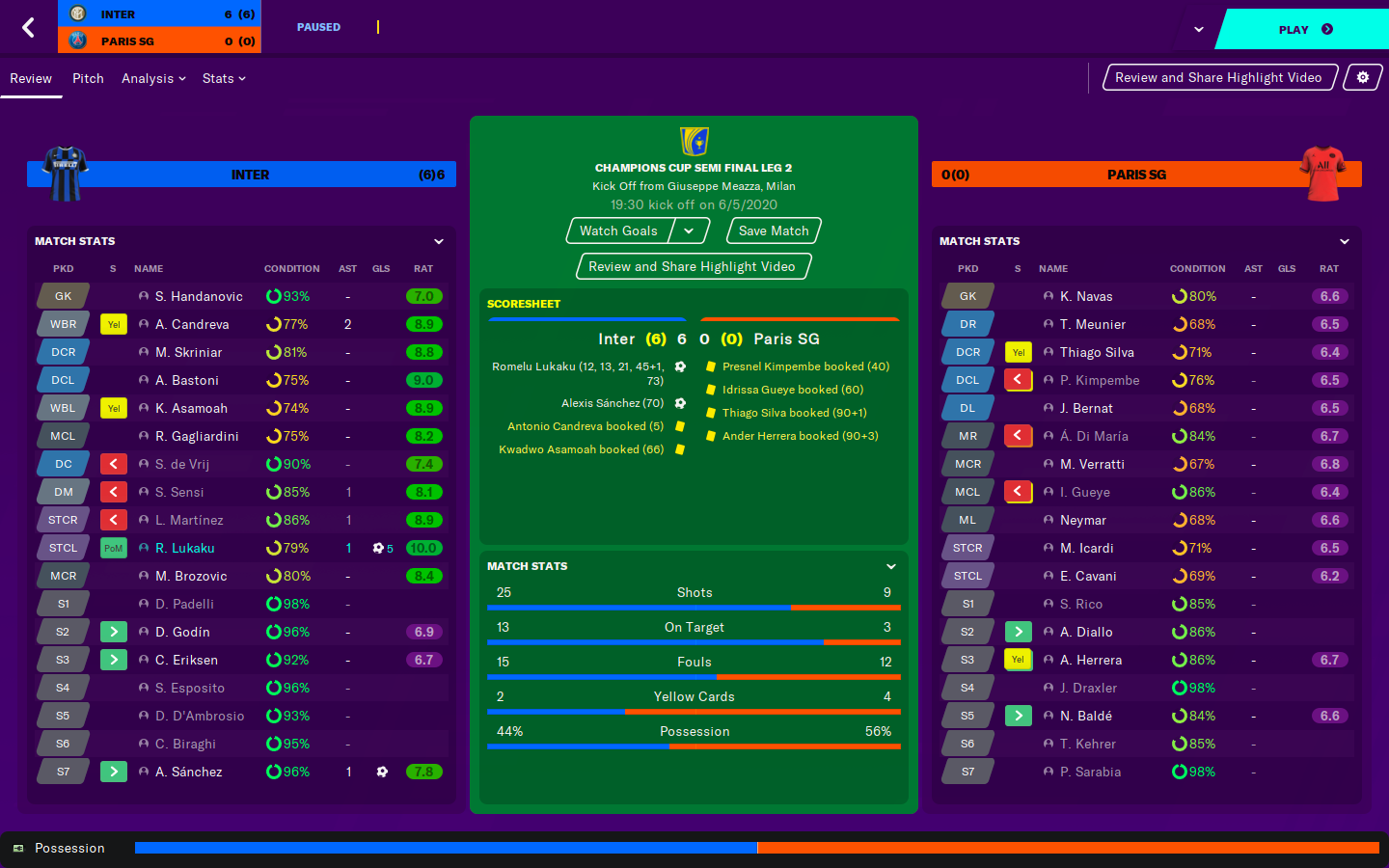 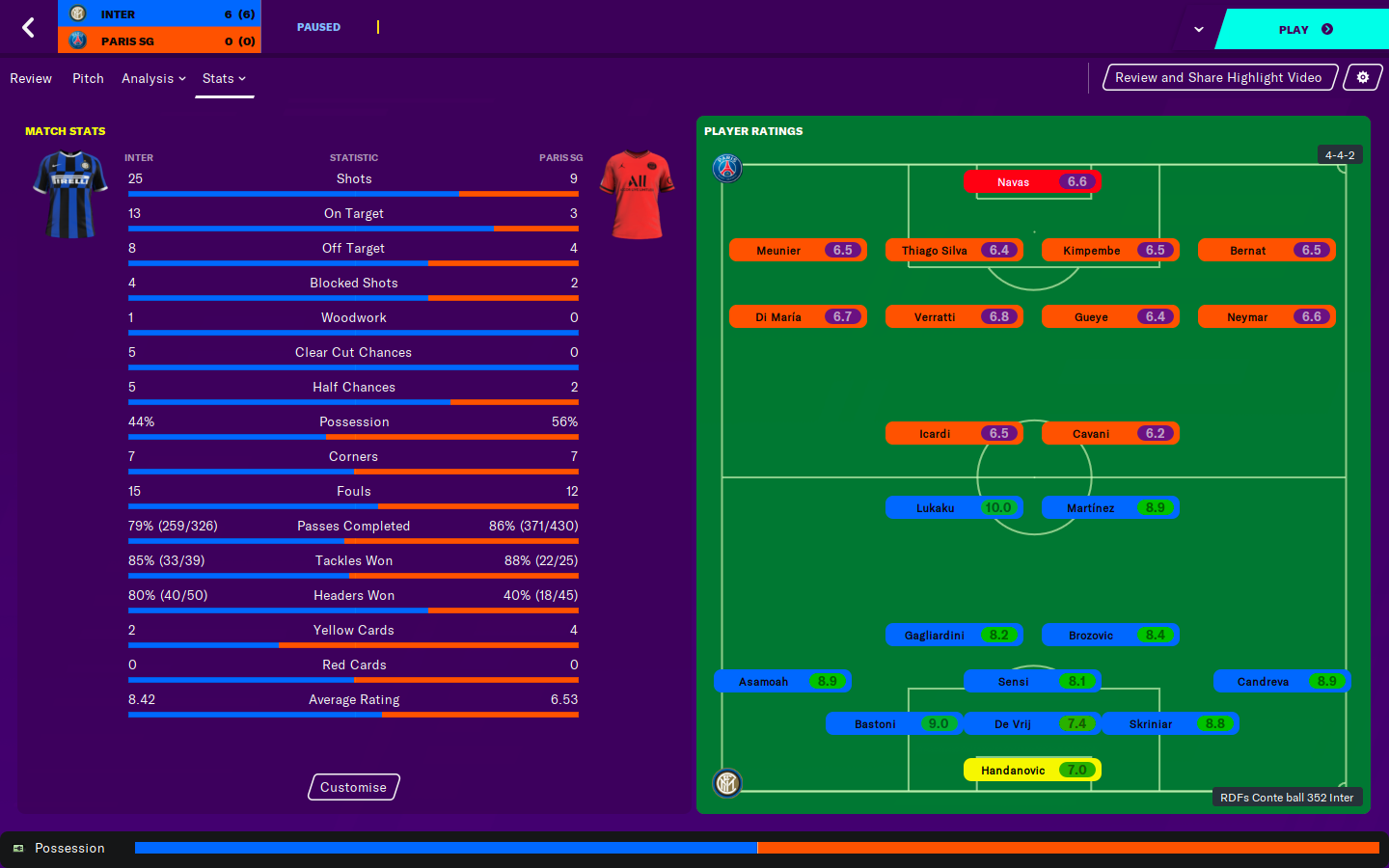 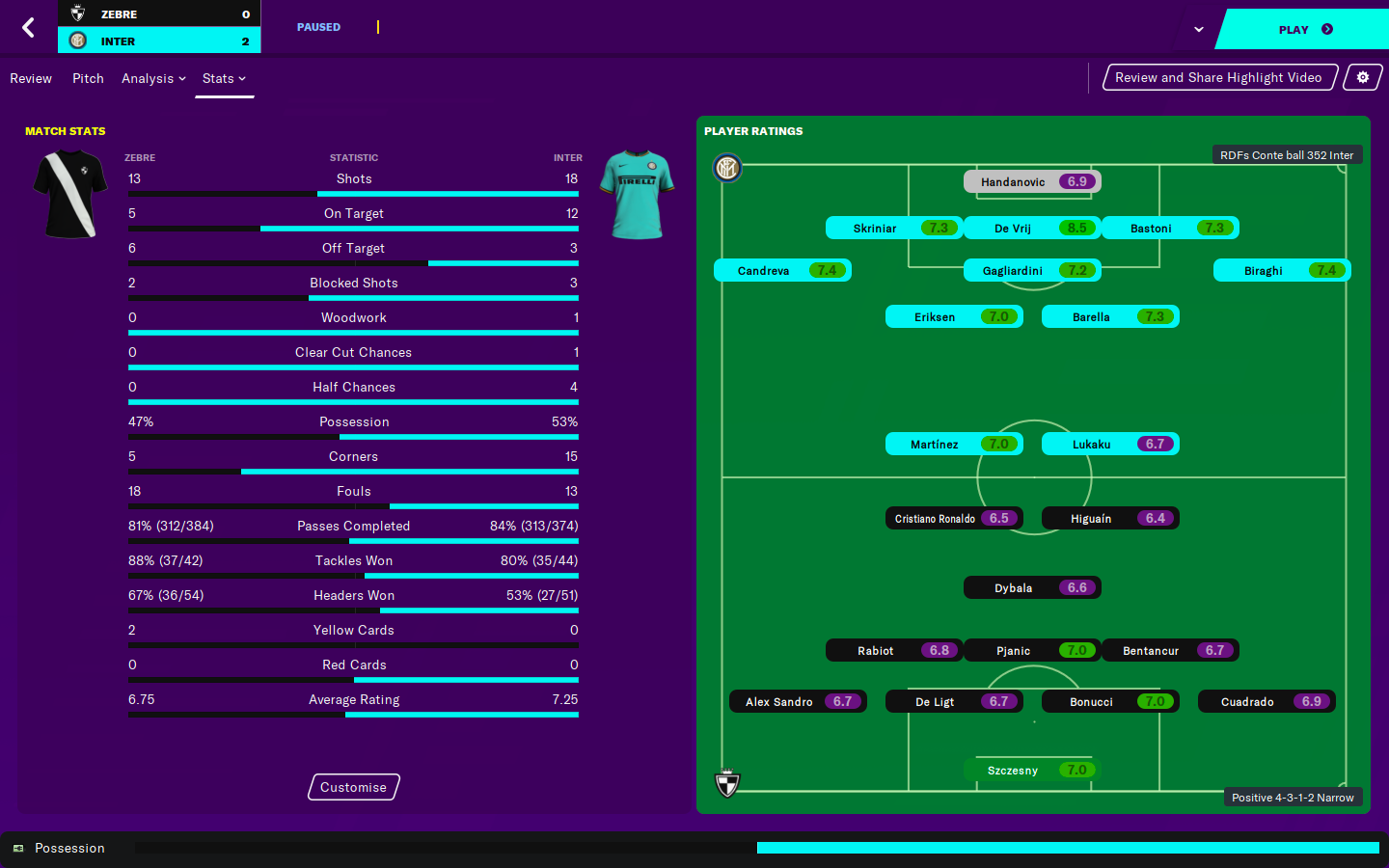 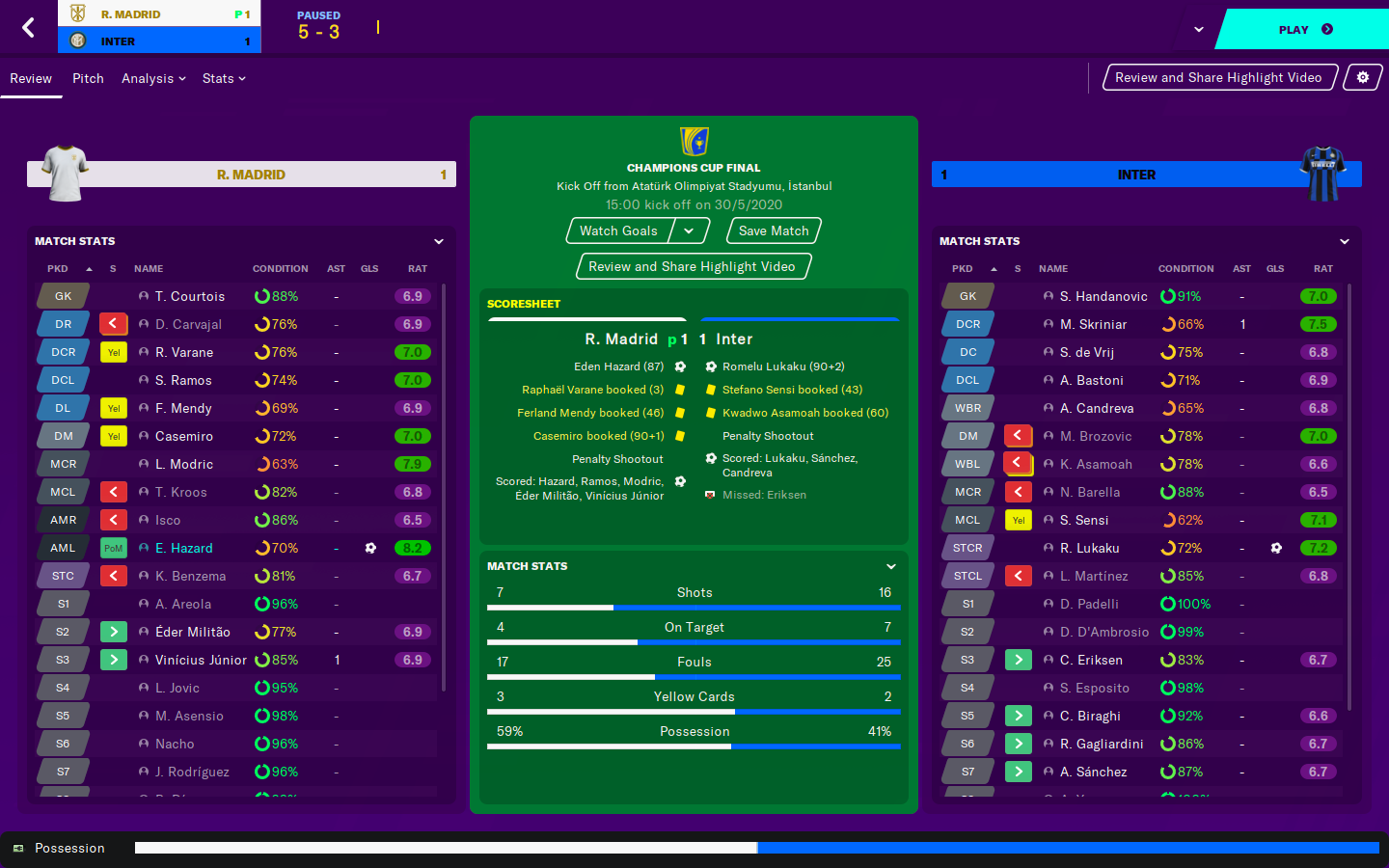 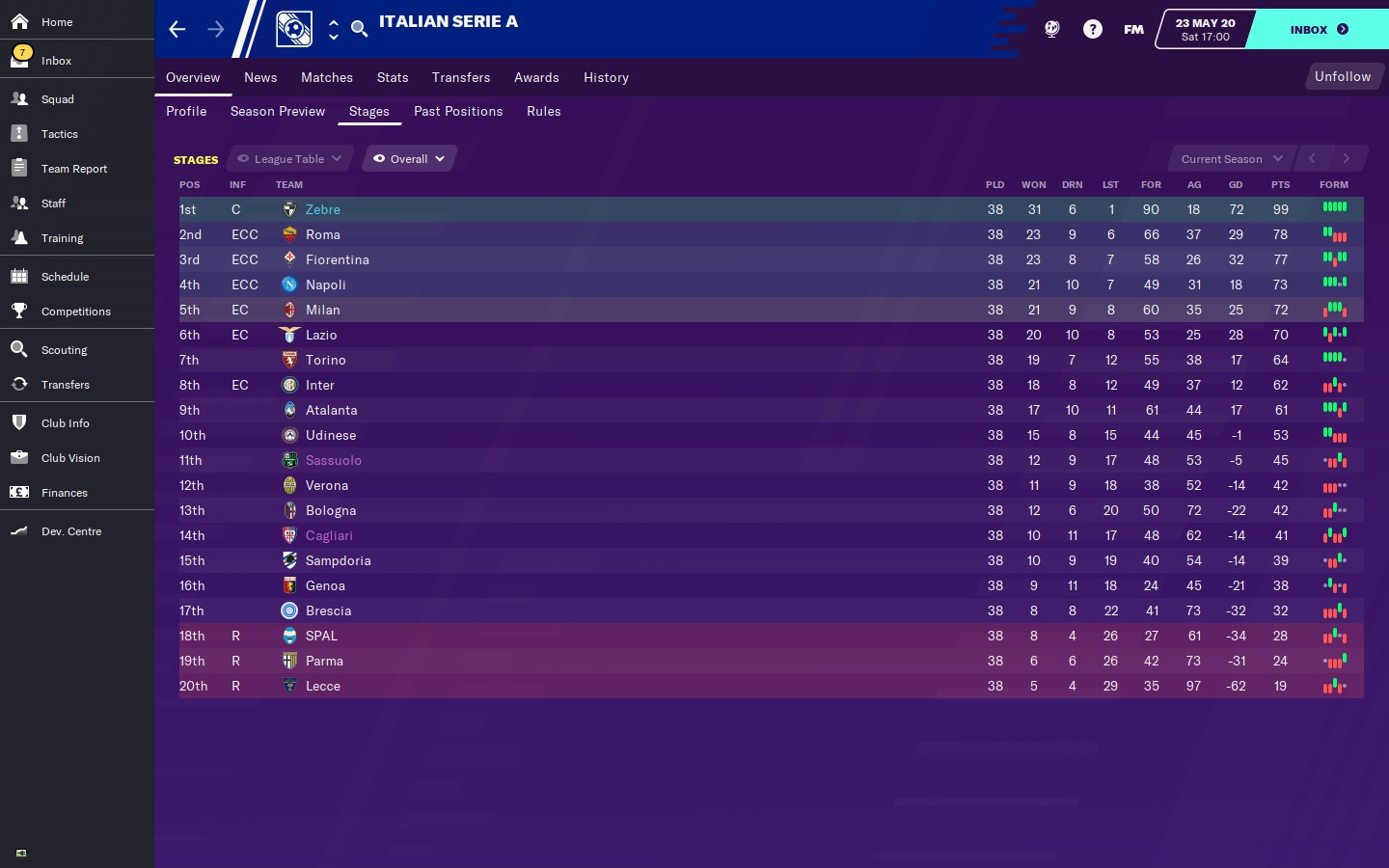 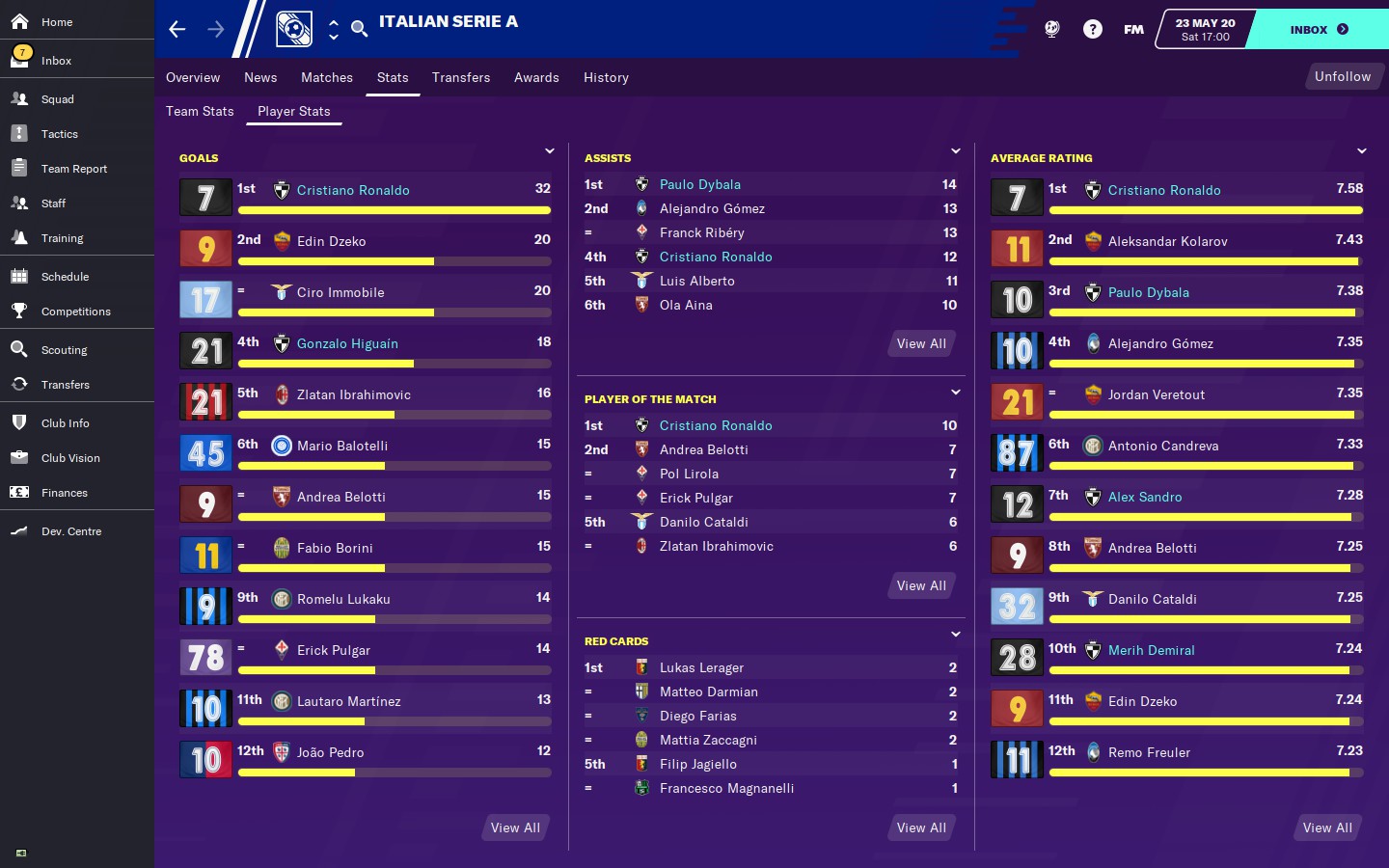 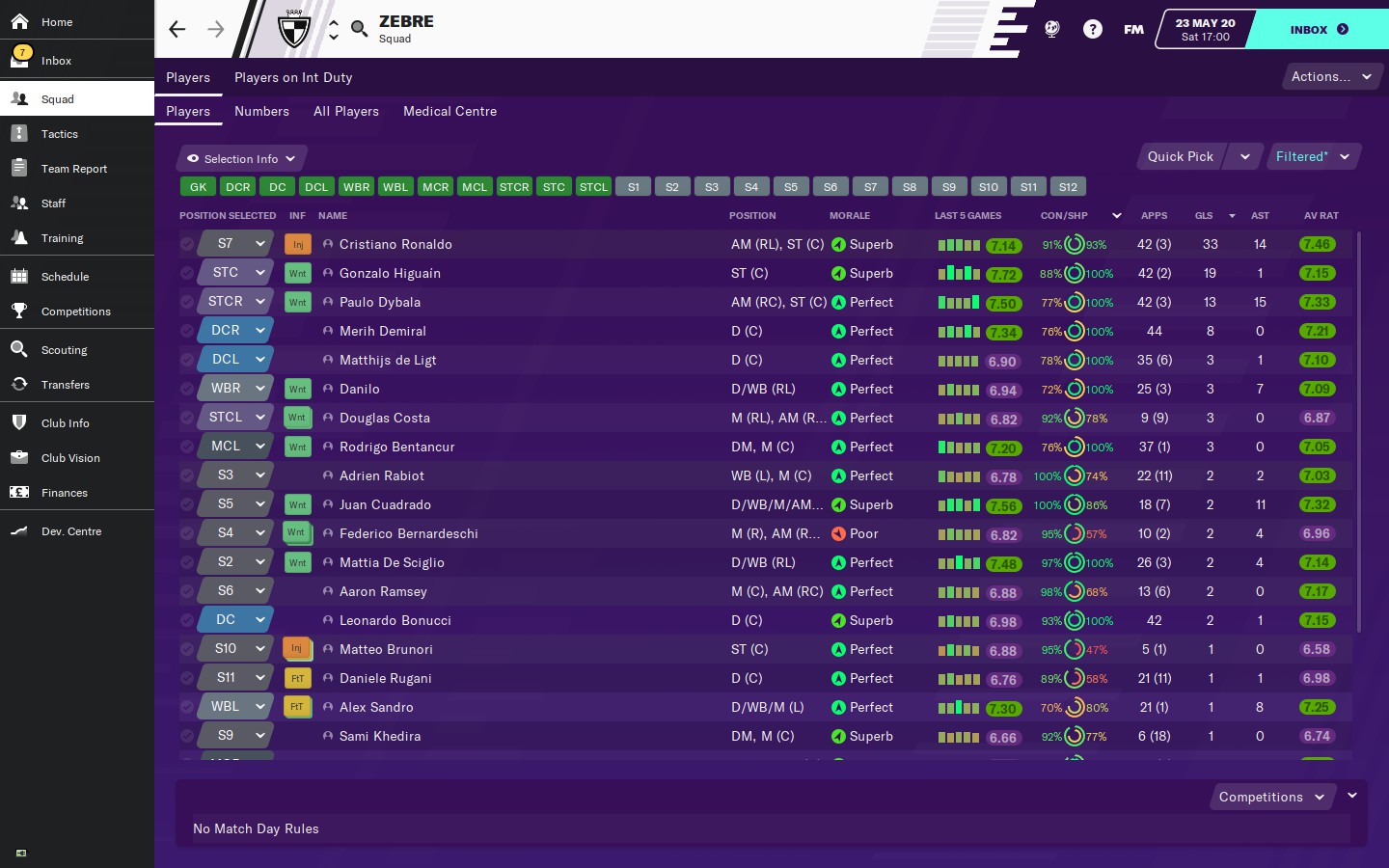 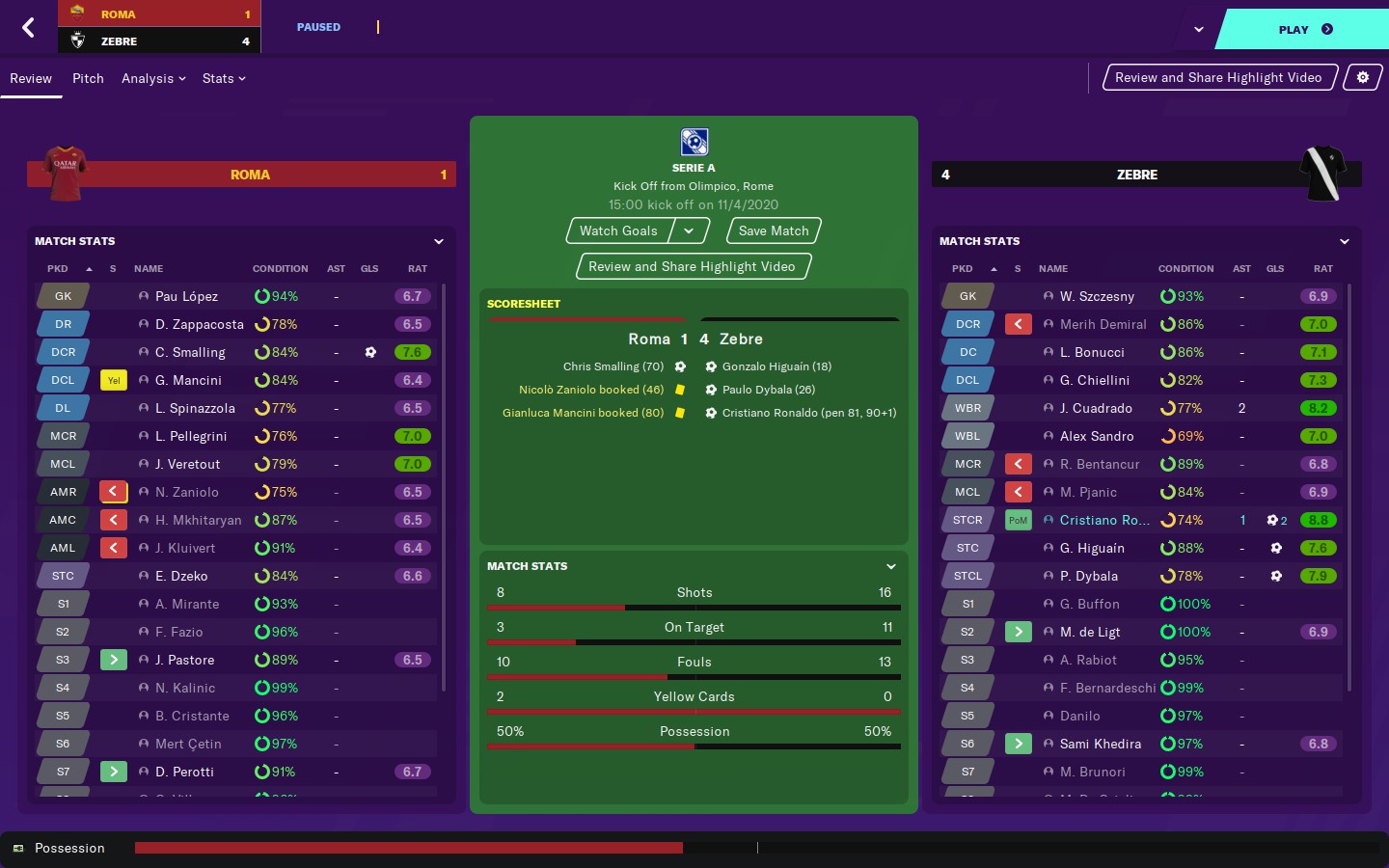 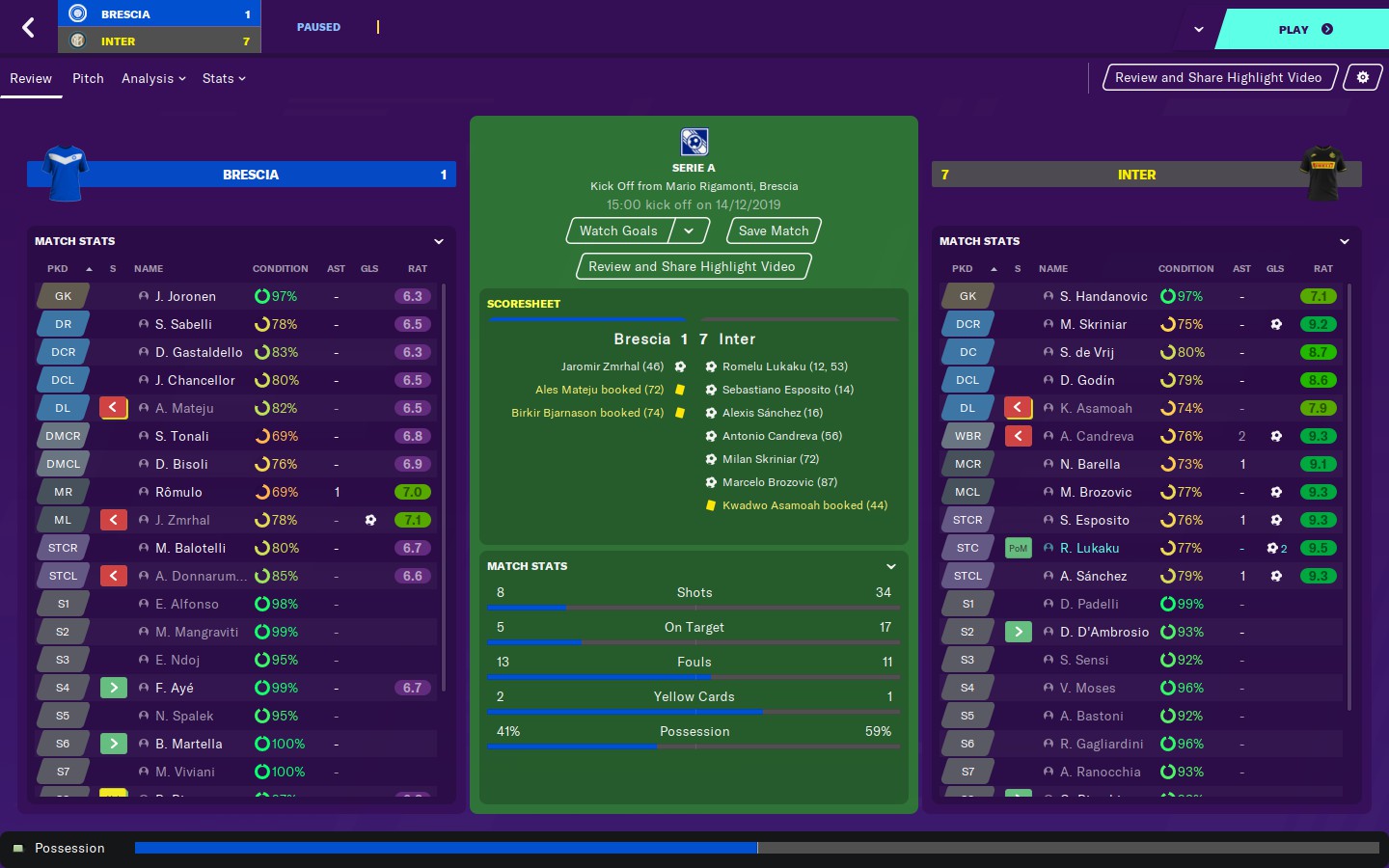 Vogelchuk
2 years
Is there a download link for the tactics? or are you still finalizing them?

I'm still finalising. will post some results though
2
Login to Quote


i will releasing two versions of this. One with Inter, suits his current squad more. And one with Chelsea/Juve, a bit more adventurous Conte
1
Login to Quote