While I try to build the courage to write the stuff I need to, I'd like to blow off some steam and bring you guys a story from the continent I was born and raised: South America.

As nowadays South America lacks the football we used to have, there is this one little thing that we never fail to deliver: good stories. And between a lot of good stories to choose, a good FM Career Mode story should necessarily have these features: (1) propose a good challenge; (2) a unique story that couldn't be found anywhere else; (3) a story of overcoming hurdles.

With these criteria in mind, no other story would be as perfect as the history of the Clásico Platense.


¹If you want to call it by any other name, make sure you never step foot on South American soil ever again.

Gimnasia has just never won any single professional title in the Argentinian top flight. Normally in South America, so unbalanced rivalries follow at least a better record for the team with less silverware. That is not the case here. In 180 times in history that those two rivals faced each other, Estudiantes won 66 matches, Gimnasia won 50, and 64 ended in a tie.

At least there was that time when Gimnasia beat Estudiantes really heavy?

You can say "but, Tango! That unbalanced rivalry means that those teams are regularly in different levels and seldom actually dispute something together. In that sense, this is not a rivalry!"

And I will reply: not at all! Apart from a two season period in Argentinian second division (2011/2012 and 2012/2013), Gimnasia has been in the first division uninterruptedly since 1984! In fact, Gimnasia had a near glance to glory in Copa Argentina 2018, when lost to Rosario Central 4-1 in penalty shoot-outs following a 1-1 tie in regular time.

The problem is that... Gimnasia just doesn't make it.

And you have already probably figured the purpose of this career: (hopefully) make it change. In the next episodes I will be presenting you the club and the character used for this career (no, it's not Maradona; that would be amazing but there would be two Maradonas in the database and that would be weird).

See you guys in the next episode!

Personal note: please, don't be afraid to comment on how you think this presentation could be improved. It doesn't mean I'll give a damn, but feedback is always good!
Login to Quote

ScottT
2 years
A fantastic OP. I'm very much looking forward to reading this. It has me very optimistic about what your writing will bring. No pressure.

Jack
2 years
I echo Scott in saying that I love how you've put out your first post, I'll be taking a keen interest:P
Login to Quote

Griffo
2 years
Great opening to this one, best of luck
Login to Quote

tedbro20
2 years
Great start. Looking forward to something different as well as don't see much from South America on here
Login to Quote

01: The size of the problem

In this episode I will be presenting you the club, the character, and the scenario we will be facing in the next few seasons.

For starters, the name of the club is known since the pilot episode: Club de Gimnasia y Esgrima La Plata. As the underachieving status of this traditional institution is the centerpiece of this whole saga, we might as well get to know better what kind of challenge we are going to face. First I'm going to leave you with this gorgeous crest:

The full name of the club translates to "La Plata Gymnastics and Fencing Club". The club itself was established in 1887, but football activities didn't began until 1891. Despite underachieving, Gimnasia La Plata is a traditional club, with 79 participations in Argentinian top flight, being the 8th team that most took part in the Primera División alongside Newell's Old Boys. 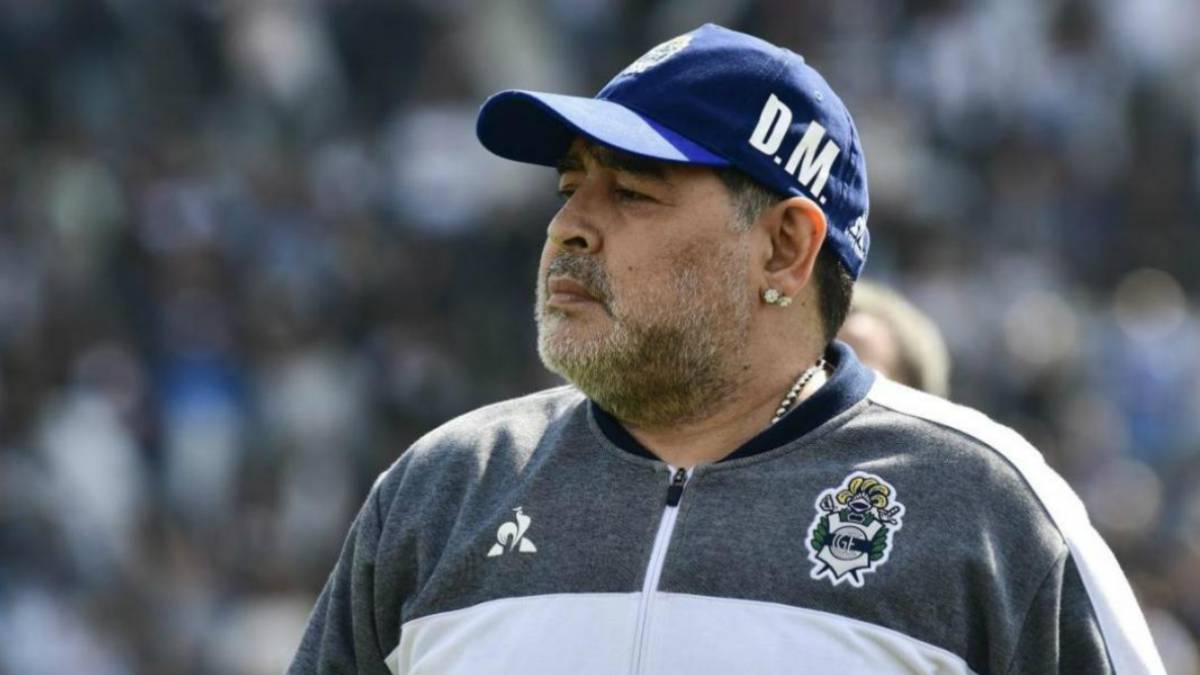 Maradona: the Gimnasia's manager is just too big for the club (Source: Diario AS)


As in real life the Argentinian superstar Diego Maradona signed the contract for Gimnasia's manager position, in this story the character will be slight less famous. The man of the hour with the mission to avoid another relegation for the Lobos is Jorge San Esteban.

Jorge San Esteban is the perfect man for this tale of mediocrity. Loved by the fans, the Centre Back is the player that played the most games for Gimnasia: a total of 462 matches between 1992 and 2009. As you may expect, he never lifted any silverware during his 20 year-long career, not even during the brief periods of time he spent out of La Plata. 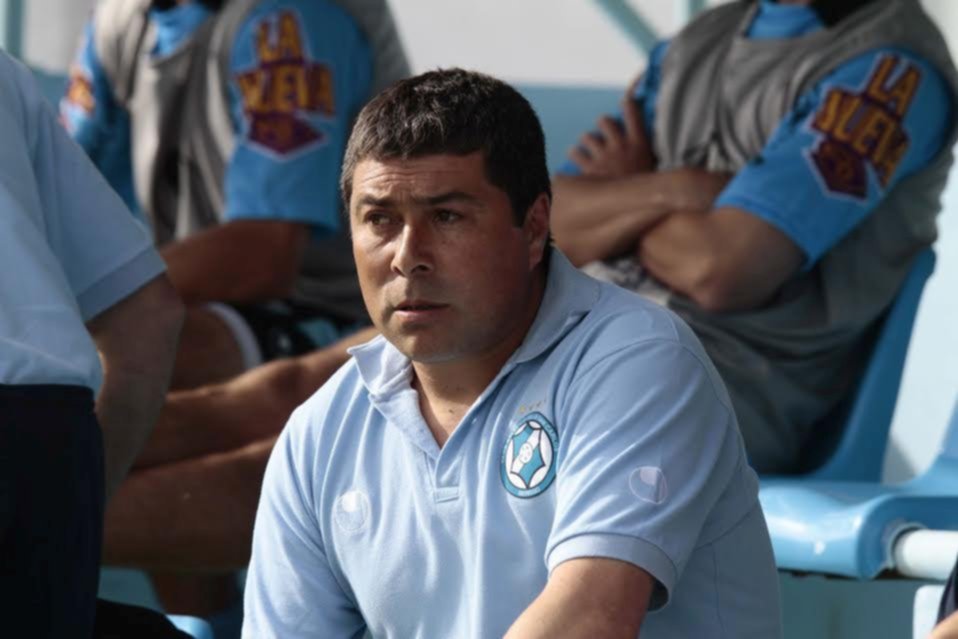 In the long path towards some sort of relevance, it is important not to fall in the first steps. If this saga claims to change the life of the "basureros" ("garbage men", in Spanish), as Gimnasia's hinchas call themselves, it is crucial to avoid relegation, considering the limited quality available for the first season. Baby steps, I guess.

It is impossible to explain San Esteban's mission without explaining what is the Promedio, the peculiar relegation system adopted in some South American countries. In Argentina, relegation is not defined by the teams that ended in the bottom positions of the seasonal table. Instead, an average of points scored per games in the last 3 years is considered. Confusing? Of course it is.

The current situation that Gimnasia is trying to avoid is this: 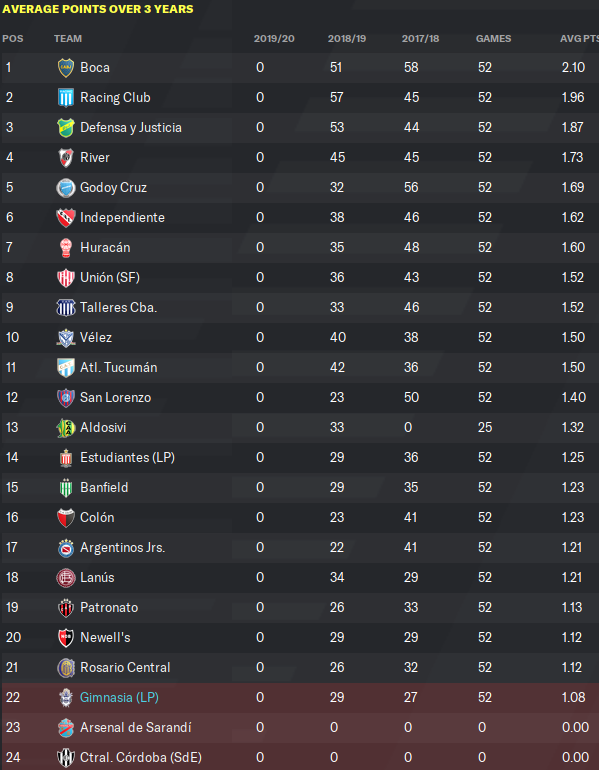 In the average points in the last 3 seasons, Gimnasia falls dead last. Arsenal and Central Córdoba have no points in the system yet, which means that their average will only consider 23 games. The fight against relegation, no matter how the season goes, will probably stay between Patronato, Newell's, Rosario, Gimnasia, Arsenal, and Central Córdoba. Interesting to notice that Newell's Old Boys and Rosario Central are both traditional rivals from the city of Rosario, with a long history in Argentinian football. High chances for an upset for a major Hinchada. I just hope it's not ours.

In a real life comparison, Gimnasia's Maradona ended the 2019/2020 Superliga (that ended in March) in the bottom of the table, with an average of 1.053 points. The other relegated sides would be Colón, who had a trainwreck of a season, and Patronato. I say would be because with the COVID-19 outbreak, the Argentinian Football Association decided that no club will be relegated in the next two years, granting Maradona success on his mission with only a single win.

With a limited budget, insufficient manpower, and a harmful scenario in the Promedio, San Esteban's mission for the first season will be to stop Gimnasia from being relegated again.

Gimnasia's squad can be divided in three categories: average players for the level they play in, veterans miles away from their prime, and youngsters that could actually become something in the future.

Some players can develop to lead Gimnasia to a higher level in the future: the 18 yo left winger Lautaro Chávez (who starts the game with a major injury, expected 8 to 9 months out), the 19 yo striker Sebastián Cocimano, the 19 yo attacking mid Matías Miranda, and the 20 yo attacking mid José Paradela. You can leave any suggestion of how to better raise those kids in the comments.

Due to the limited budget and to some shortages in the squad, I had to recur to the free agent market, from where I brought the 35 yo goalkeeper Juan Pablo Carrizo, and the 26 yo centre back Agustín Sandona, who is expected to be the 4th option in the centre back position.

The pieces in the Basurero chessboard will be arranged like this: 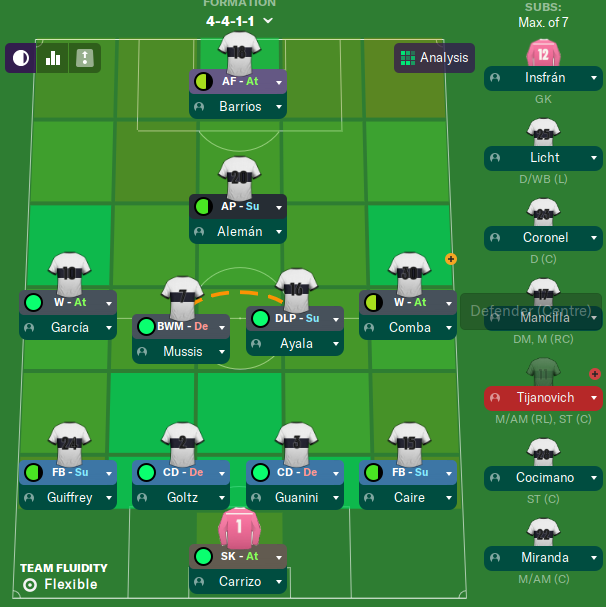 As the betting websites suggest that this squad can only gets us a dangerous 19th position, we will have to run an extra mile if we want to keep ourselves in the first tier - and this saga feasible.

@ScottT thanks a lot, mate. Don't worry about the pressure hahaha

@Jack thank you, I hope it will deliver

@tedbro20 yea, it's a shame. I hope I can make South American football some justice

ScottT
2 years
You lived up to my expectations. Another great update! Lucas Barrios is a name I am familiar with and I am pleased to say I recognise at least one name as a result.

The system used in Argentina is actually very interesting and quite fitting given how PPG could be used to determine positions here in England. It is bound to be a challenge for San Esteban but let's hope he can do it. I also hope he can bring silverware eventually. This club and its supporters deserve it.
Login to Quote

CAJ1924
2 years
well, i admit it...as brazilian and obviously south american i'm a bit upset to reply this nice saga happening in my backyard in english so...

trolie
2 years
I subscribed myself here just to say that i really miss reading some awesome FM Story.

(It's ok if i cheer for San Lorenzo instead?)
Login to Quote

OneMoreGame
2 years
Loving this challenge! I tried to understand the Argentinian league but still is too confusing, is the champion also determined by average of last 3 season?
Login to Quote

Zed
2 years
Barrios! That brings back many memories from his BVB glory days. Btw, I often used hr (between []) to divide stories into separate parts.
Login to Quote

TheLFCFan
2 years
Wow, a great start to this and looking forward to following it from here on out. Great job.
Login to Quote

Griffo
2 years
Good to see San Esteban in charge, I love taking a club legend and making them the man who turns it around!

I actually do not mind that relegation system at all, I think it gets rid of dead wood teams (like West Brom used to be in the Premier League) and allows promoted teams a bit of a better chance in staying up.

My only question is, if you get demoted, then promoted the next season does that then include the first season in the average?
Login to Quote

Jack
2 years
Barrios is back into relevancy! The manager seems a perfect fit for the club in terms of personality but it's all about what he can deliver on the pitch.
Login to Quote