Mikethemanc
10 years
It's never good to see someone retire... I had a word with my gaffer at Hull but there was no room

Keep it up mate. Loving the story (and even a tad jealous of Denzils progress....) Any chance of an updated screenshot please mate?
Login to Quote

GanBei
10 years
Great idea, good article, well done keep it up.
Ive been playing FM since it's birth and never thought of anything like this, fantastic and very entertaining.
Would love to be involved when you make a new batch of players, keep me posted!
Login to Quote

SlapDashFluky
10 years
Thanks for the comments guys! Glad this story is entertaining.


He's nearly worth a million.
1
Login to Quote

Mikethemanc
10 years
I compared it to the other pic you sent and 90% of his attributed have gone up by at least 1.

SlapDashFluky
10 years
Yeah, he's progressing well as he is getting regular games and not picking up injuries. Plus also remembering he's playing Under 18s football at the age of 15. I doubt it'll be too long before England Under 19s come calling.
Login to Quote

DEMBA!
10 years
I should have made my guy English not American. No good comes from being a different nationality it seems

SlapDashFluky
10 years
Na, I think it was pure luck. I had the Ukranian Leagues on and my player didn't get picked up yet Tante got picked up in the Portuguese Leagues. I am highly surprised Bob Bobbertson didn't get picked up as the MLS was active. But obviously its more likely English players will get picked up, as there are more English clubs.
Login to Quote


Mike Harris made his debut in the FA Cup for Hulls first-team and not only did he play, but he played the entire match and got a match rating of 7.3!


As you can see here also, he became Hulls youngest ever player, which is quite an achievement.


Also, Denzil Waller has been called up by Scotland Under-21's, though as of yet hasn't played.

December to February updates coming up!
Login to Quote 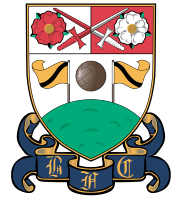 Still warming the bench at Barnet and picking up valuable experience in doing so, the young English goalkeeper Daní Atreidas managed to also pick up 1 more appearance in a 0-0 draw with Bristol Rovers and in playing in that game he earned his 2nd ever clean sheet and a match rating of 7.0 overall. Apart from that solitary appearance Daní has worked hard in training and is still being tutored by Dean Brill. Barnet sit 3rd in the npower League 2 and in an automatic promotion spot.

As show above, Mike Harris made his Hull City debut and it was quite an impressive debut though this couldn't keep him in the first team plans and he is now playing back with the Hull Under 18s and progressing really well. He's managed to grab more assists but also more yellow cards! The Hull Under 18s sit 9th in the English Under 18s Group 6.

Right-winger Tanté has had a good few months, he got himself more assists and more game time. His overall season stats sit at 28 appearances with 2 goals, 8 assists and 1 yellow card. He is helping the Naval Under 19s cruise to the Portuguese Under 19s Group 1 title as they sit 15 points clear.

After such a great return from injury last time all the Bentleigh Greens fans will be hoping Mitch Leathem can do it again as he only played 1 more game before damaging his spine and he has been out for 2 months so far, though it is thought he'll be back in 2-4 days. Mitch has had a stop and start season mainly due to injury, hopefully he can come back and play some more regular games. Before Mitch was struck down with injury, he did manage to play his first match for the Australian Under 19s, he managed a full 90minutes in a friendly against Iceland, a game in which he played with Shane Swanston. 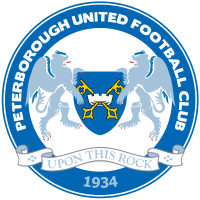 He just doesn't ease up! Denzil Waller now has an average match rating of 7.70 this season for the Peterborough Under 18s and has managed that in 30 appearances with 2 goals, 6 assists and a MASSIVE 14 MotM awards. To add to that, he has been called up to the Scotland Under-21 team and is currently training with them ahead of a friendly with Cyprus on the 12th of February (tomorrow).

Andy Bone has carried on playing regular games for Buckie Thistle and even though hitting another, but this time shorter goal drought, he is having a decent season. His stats show 31 appearances with 5 goals, 1 assist and 1 yellow card, the thing he can improve the most on apart from his goal-scoring is his average match rating which is 6.55 overall.Andy also made two substitute appearances for the Northern Ireland Under 21s, though both were short stints off the bench its still impressive at such a young age, he is currently away with Northern Ireland Under 19s.

Shane Swanston has kept playing and more importantly performing on a consistent basis for the White Eagles. He's had a busy two months where he has added 11 more appearances with 4 more goals, a penalty scored and another 2 assists. His seasons average match rating is a good 6.87 overall. Shane, as mentioned above, also made his Australia Under 19s debut against Iceland in which he scored the deciding goal to grab a 1-0 win.
Login to Quote

...but the match rating of 7.8 on his debut is still majorly impressive! In a league game too.

he's progressing well, he always has a high match rating but just this year he's been slowed down because of all the injuries he's picked up. So far this season he's been out injured for 4 months and 4 days.
1
Login to Quote

GanBei
10 years
I think I'm going to start something similar to this, not to copy you or whatever but from reading past comments there seems to be high interest on people who want to be a part of this, so I will start my own thread and you may have 1st choice of player due to this project of yours!
Login to Quote

SlapDashFluky
10 years
Yeah, I was thinking it'll take a while for me get to Series 2. If you look on the sign up thread I made for this series, alot of people have signed up for Series 2 there, you can nick those guys if you like. Also, this is what I was thinking for Series 2, make it all South-American players only or Eastern European only and see if anyone makes the jump to La Liga or EPL. Would be interesting. Just try and make sure you have the leagues on for whichever nationality people choose.
Login to Quote


Hoping to be part of Series 2
Login to Quote

You are reading "Undiscovered Talent - Series 1".