retrobeaver456
8 years
Well overall I think it was the fact that I couldn't finish teams off and drew too many times over the season.
Login to Quote 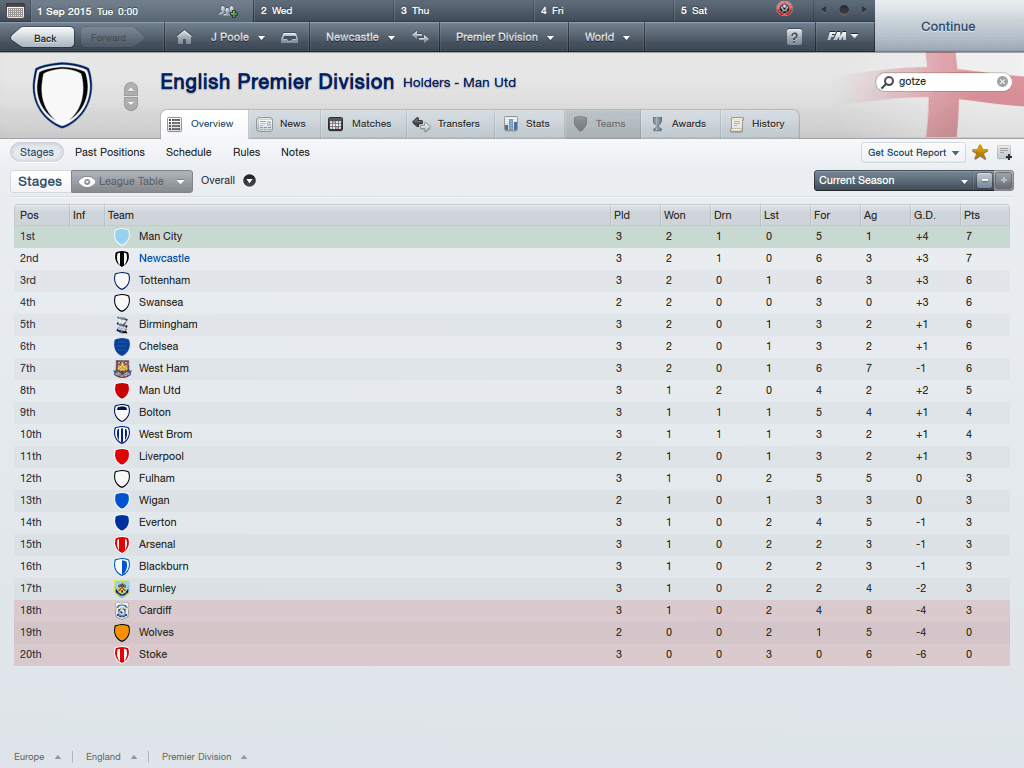 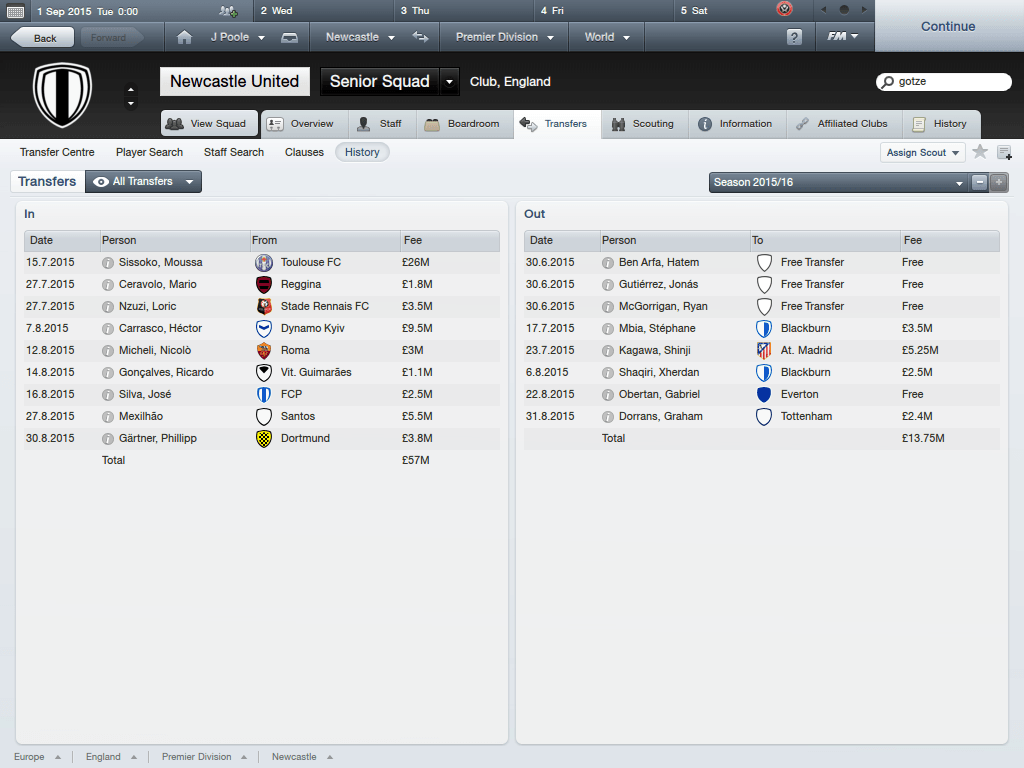 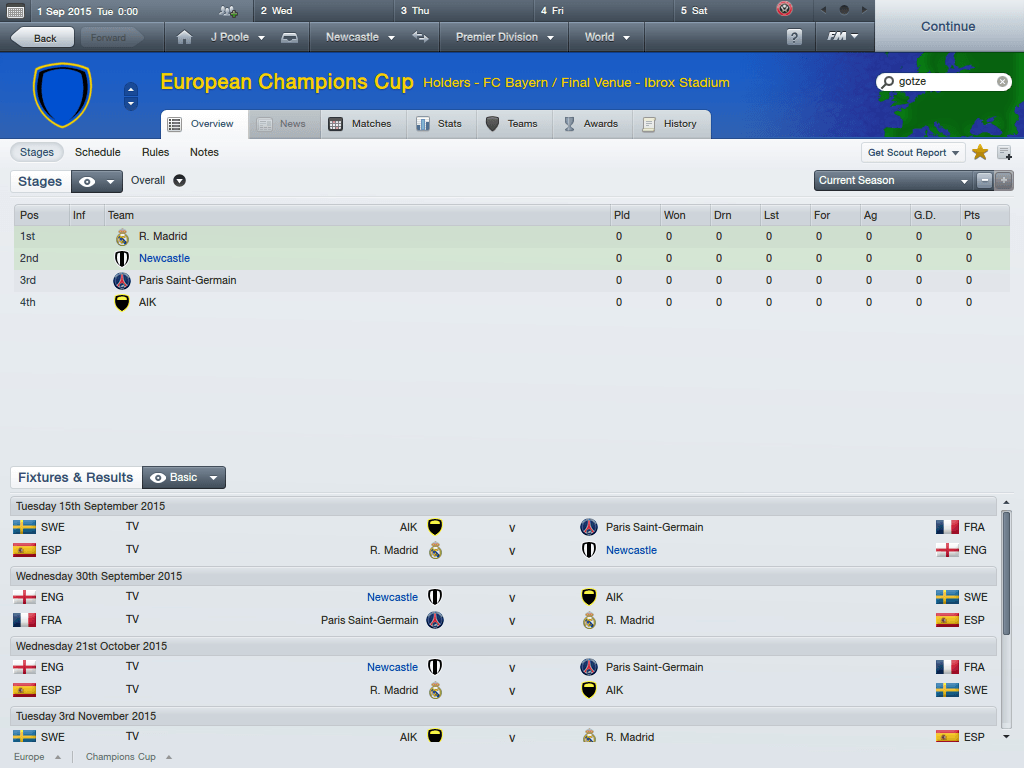 I have made only 2 big signings in moussa Sissoko and Carassco who I think will boost my title hopes. This year I will be playing Champions league football this year so hopefully I can learn form my mistakes from the Europa League last year and lift the Champions L eague trophy once again 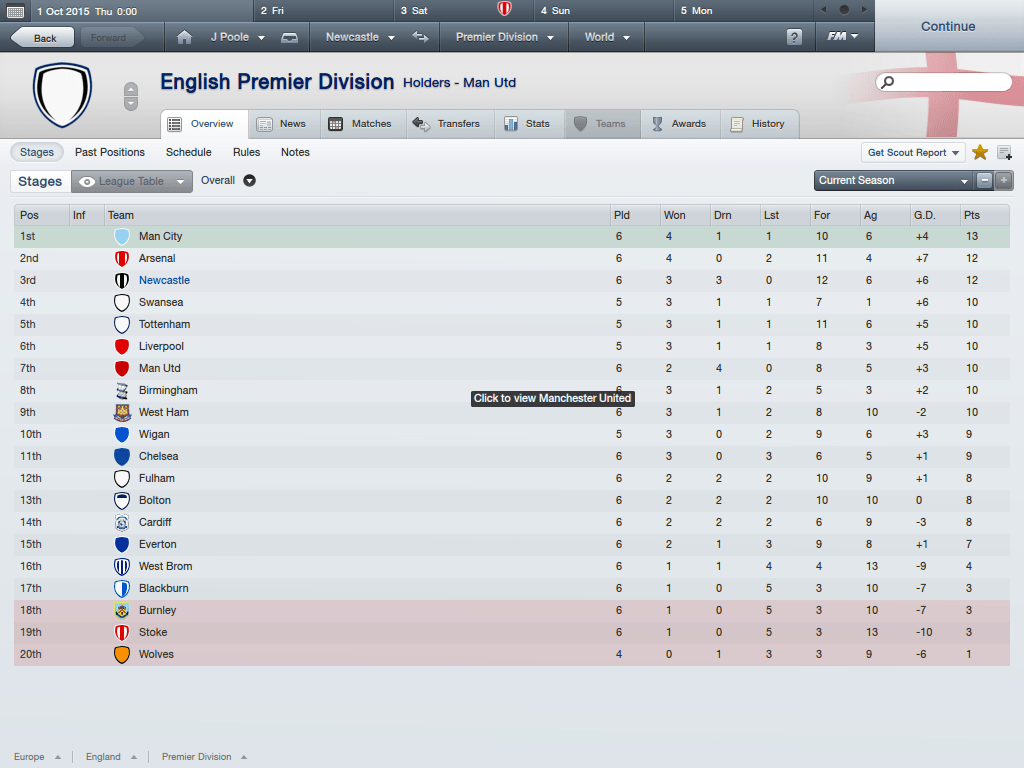 2 great results in Europe especially a win at Real Madrid

To be honest my league form wasn't great this month with yet more draws but at least I'm still unbeaten, so now I'm looking to push on and get some more wins under my belt
Login to Quote 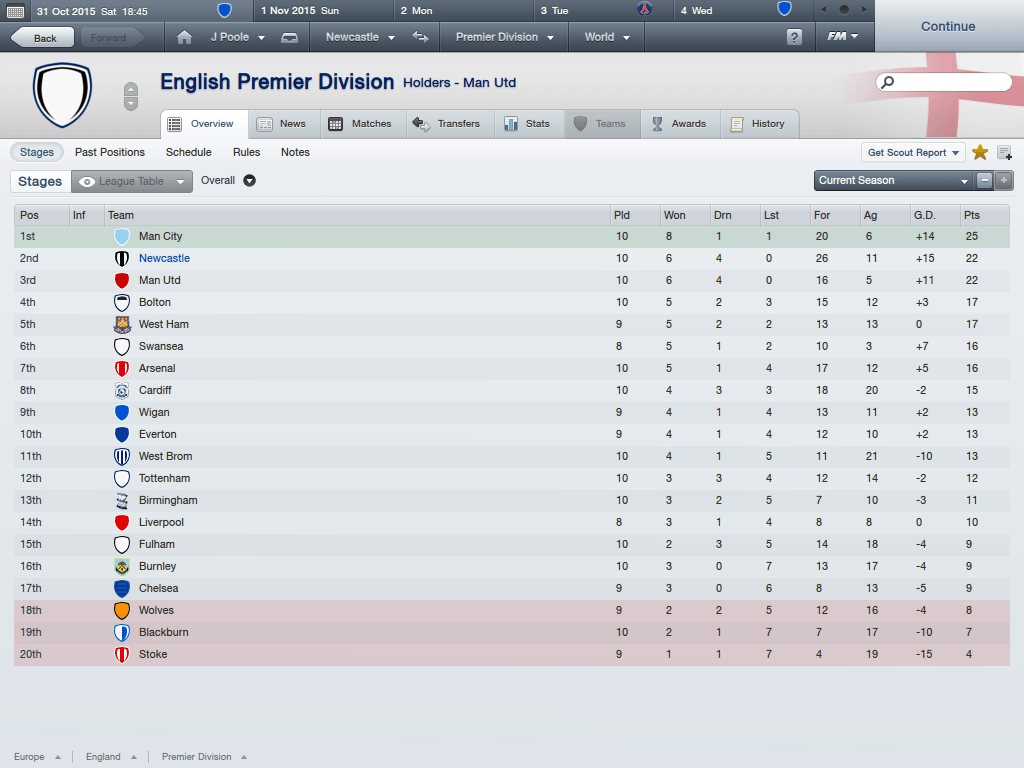 Overall a fantastic month, 3 great results in the league and then a slip up away at Wigan meant that I fell 3 points behind Man City in the title race but its only early days

nakulp
8 years
Wow Sturridge has been a beast for you in front of goal!
Login to Quote

I know ah, I think this could be his season if he stays injury free and keeps scoring consistently

patrick1
8 years
could you post chelseas squad please cause they're struggling big time lying in 17th place. i just want to wonder why =/
Login to Quote

patrick1 : could you post chelseas squad please cause they're struggling big time lying in 17th place. i just want to wonder why =/ 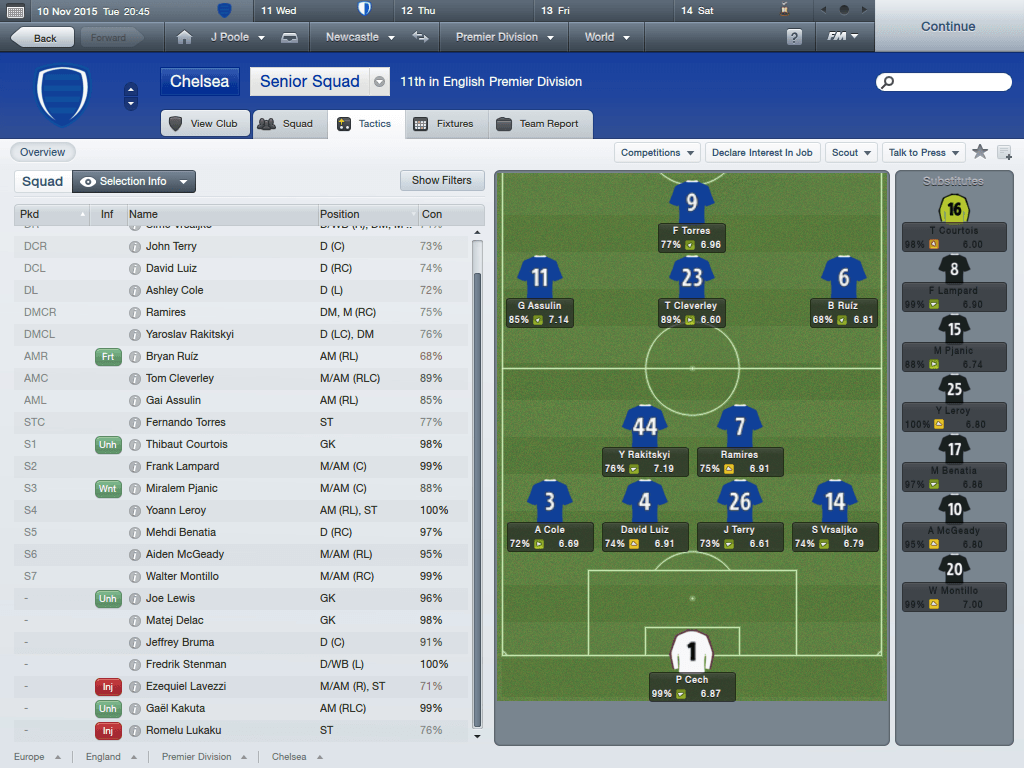 patrick1
8 years
what on earth made us buy ruiz?! and joe lewis lol. still got a good defence just not performing.
Login to Quote

retrobeaver456
8 years
Well tbh I think Chelsea have a wank defence to start off with, Cole and Tery are both past it and now Torres is awfull aswell, like in real life thay need to sell their older players and spend big on some quality youth
Login to Quote 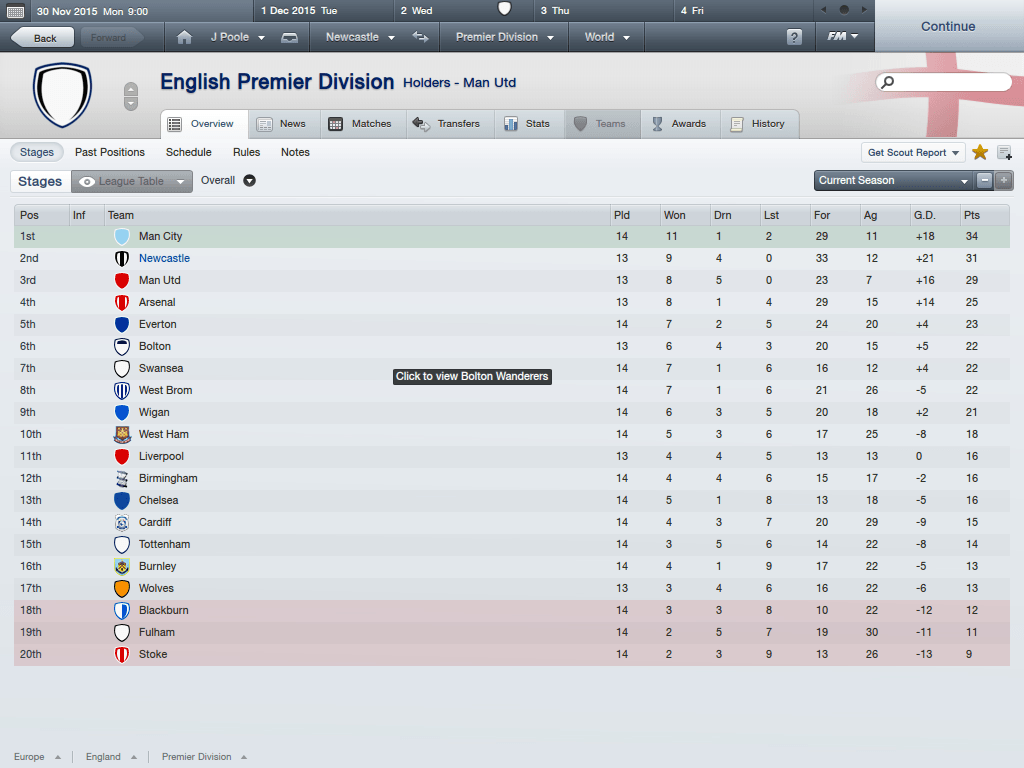 A fantastic month for Newcastle United, 3 wins in the Premier League means that I'm 3 points behind City with a game in hand and my next Premier League game is at home to them so I'm expecting big things

In the Champions League after 2 draws with PSG I thrashed Real Madrid 8-2!!! Just an absolutley fantastic performance by the whole team and I've now qualified for the Knockouts Stages so happy days 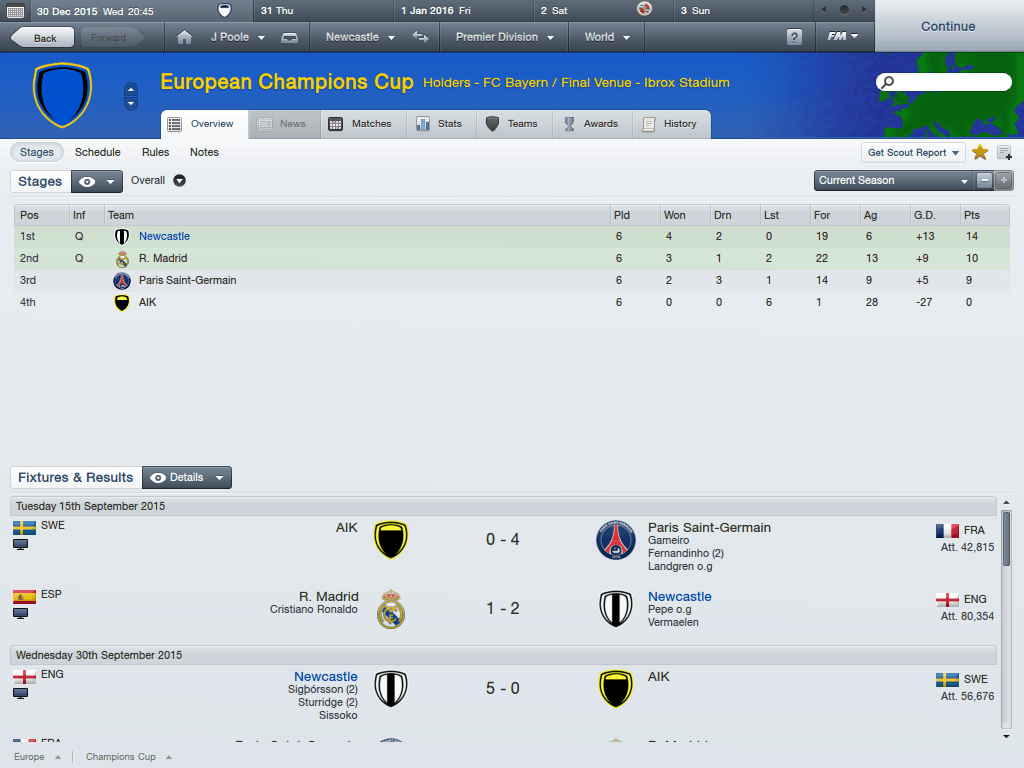 also it was very good that I came top int the group stages in europe and hopefully I can push on and win my 1st league title and 2nd Champions League, the only dissapointment is that I went out of the Carling Cup but theres always next year maybe :L At the moment I am also considering wether to stay on as Newcastle manager but that depends where I finish this season as I would like to see if I could get the same success in another league but we'll see

cannot believe you smashed them 8-2 lol and chamberlain hat-trick my word, this is an awesome story!
Login to Quote

jpfeehily
8 years
Muniain and Sturridge look great buys! Who is that Soukouna btw, can I see his stats?
Login to Quote

You are reading "Toon Army".