Ecstasy
9 years
Bressan - 1,1m.
I had him in my Aston Villa save and he was one of the best players in the squad. Next season I got offers of 6,5m for him. I bought him at Leeds United as well, as he joins smaller teams as well. With such a small price and the wages between 100k-200k, this can be a gem in an average team.


Stanislau Drahun - 500k-700k.
I didn't had him, but I've seen people had and they were happy about him. His stats are pretty good and he might be a piece of business.


Kara - 775k.
Very good defensive midfielder, I signed him on my Everton game and sold him to Chelsea after the first season for 9m. Sometimes fails a work permit, sometimes doesn't - it's a strange one.

Ruben Yttergard Jensen - 1m.
Another one from Tromso - perfect midfield foil for the above Kara, and both can be signed for less than 1m. The opposite of Kara, he's all about passing, first touch, creativity and technique.

Siphiwe Tshabalala - 1.1m.
South African left winger who shot to fame with the first goal in the World Cup 2010 followed by a silly dance. Very direct winger and also a good option for set pieces, fast and will grab about 7-10 goals a season for an EPL side. Had him at both Everton and Newcastle, and in the latter game won the league in the first and second seasons. Has never failed a work permit for me.

Teko Modise - 600-800k.
Another South African who is very talented and will slot into most EPL sides, and be good backup for the bigger ones. Only real problem is his (relative) lack of pace, but in the Championship he'll be awesome.

Siyanda Xulu - 300-600k.
Yet another South African, one for the future. No real defensive weakness for one so young and will only improve. Would be a good starter for Championship straight away too, and will definitely improve into a solid EPL centre back.

Espen Ruud - 1.5-2m.
Good right sided player, definitely able to compete in the EPL at up to mid-table level and would be good backup for European challenging clubs.

Bashkim Kadrii - 1m-1.3m.
Another solid EPL player, could be good backup in the future to European spot challenging teams too. Fast, good dribbler with good technique. Scored a few goals for me too.

Rasmus Falk - 900k-1m.
Danish foward player that will score goals despise his relatively poor attributes. Always improves into a solid EPL player and one definitely enough to be playing in the Europa League.

Hans Henrik Andreasen - 700k-800k.
Old but will do a job in the EPL and is more than good enough for the Championship at the start. Never bought him but was a good performer for me at OB when I managed them, and played well in Europe the season after, too. 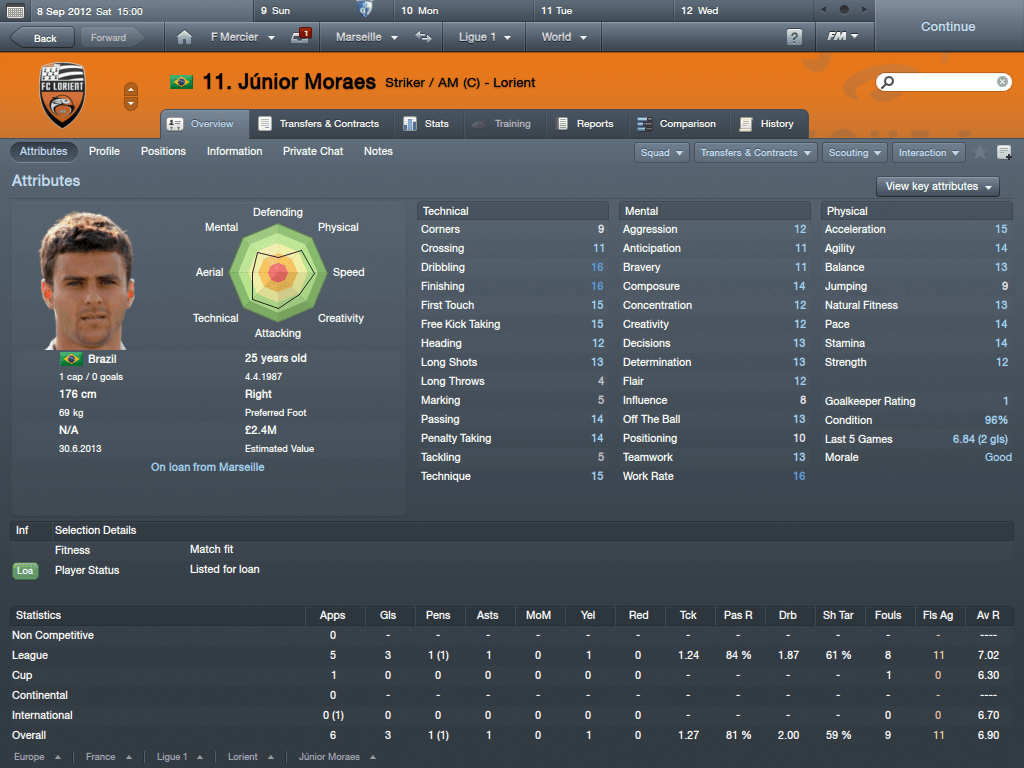 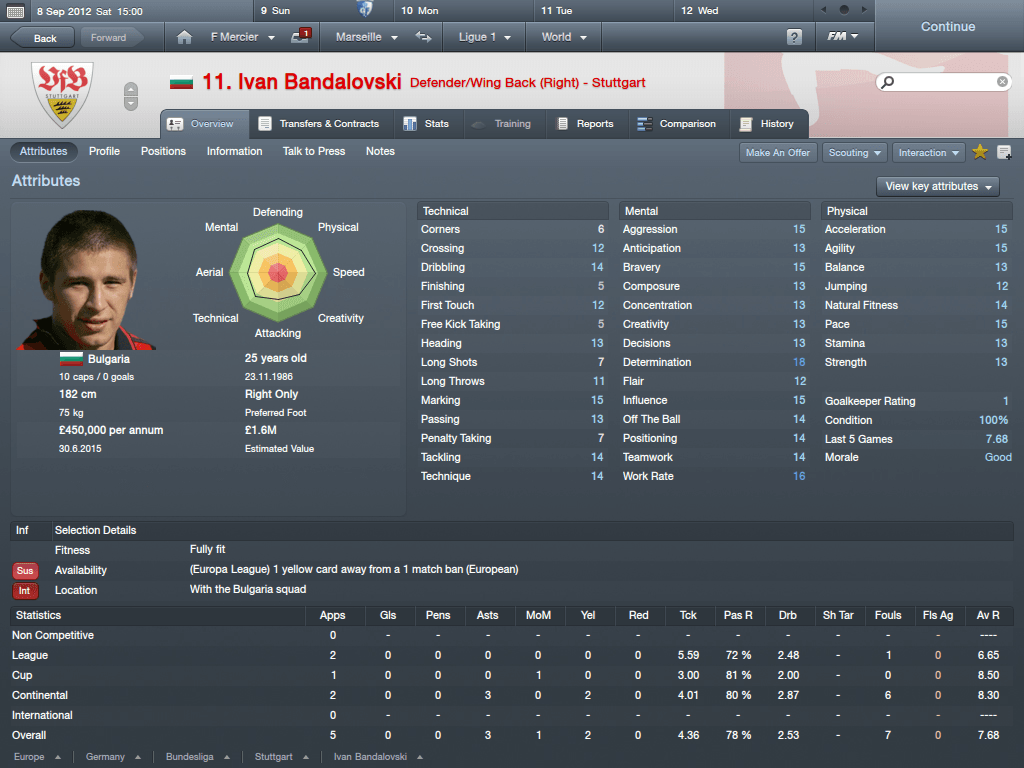 Itumeleng Khune - 600-900k.
Very reliable shot stopper that will perform for any EPL team to a high standard, pretty young too. Would be excellent backup for top, top teams too.

Sime Vrsaljko 2-3m
Turns out to be one of the best in the game in years to come, always leaves his starting club in the first transfer window so act fast.

Darko Lazovic 1.5-2m
Relatively cheap attacking player with no real weakness, would be an absolute star in the Championship but budget restraints may prove that an impossible task, would still be an excellent player for lower EPL, and definite backup for those higher up the league. Young too.


Darwin Quintero - 3-3.5m.
Class striker for Championship sides, scores more than one goal per match per overall. He's a beast and he should be a priority for those who take a Championship team.


Petar Zanev - 100k.
Good left-back for Championship sides, decent back-up for lower Premier League sides. 100k can prove being a business, considering you might sell him for bigger price in case he does well.

This is open for every suggestion which would be added in the main post. Make sure you provide screenshots of the player's stats.
1

You are reading "List of players for average teams".