Rasmus Falk 85'
- Just four days after we faced them in the League Cup at the Liberty, we travel to the Hawthorns and come out with a terrific win. A series of tough matches await, and winning this one was important.

With the January transfer window just more than a month away, we have been busy in the transfer market, confirming deals, getting youngsters into the reserve and youth squads. 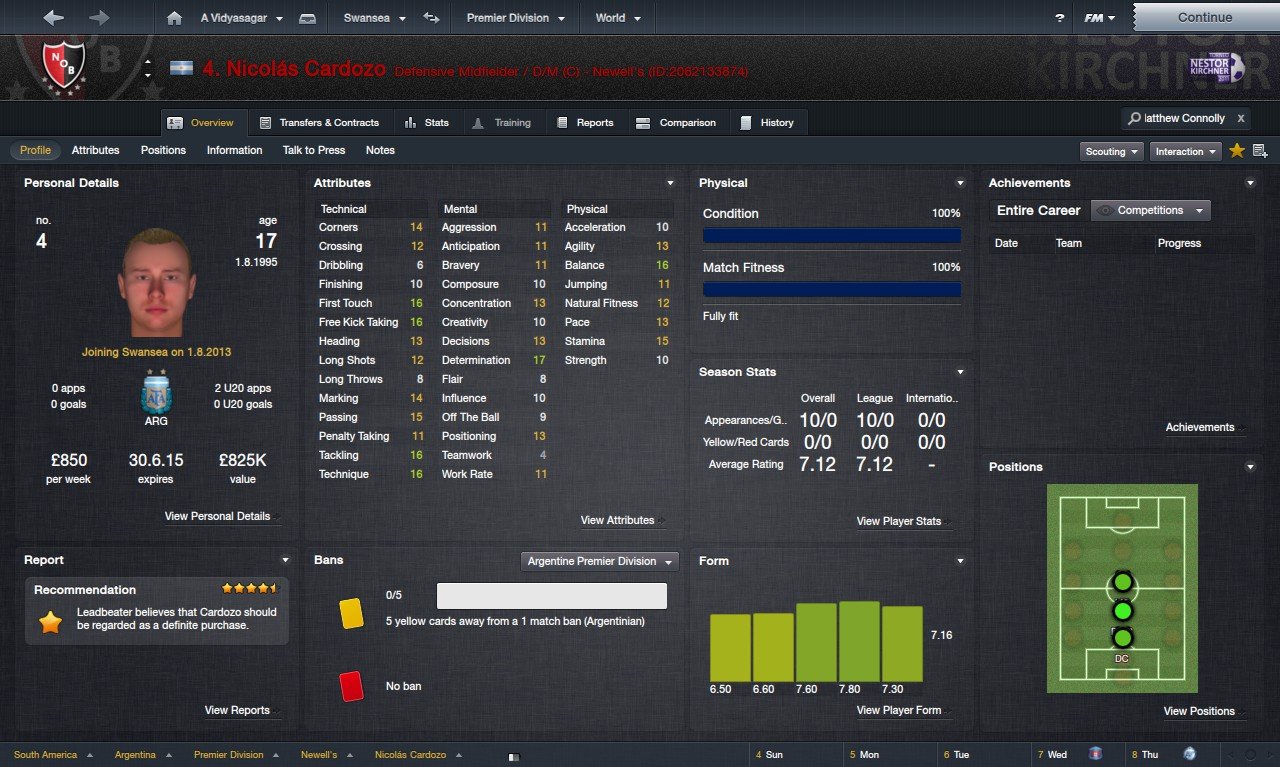 - A player who should be ready for the first-team the moment he joins, but because of his age and the team he currently plays for, came extremely cheap. As long as the coaches work on his strength, he should become a regular in no time. - A goalkeeper for the future. With Sushko out in Belgium, getting his citizenship, Koutnik will take over responsibility in the U18 matches. 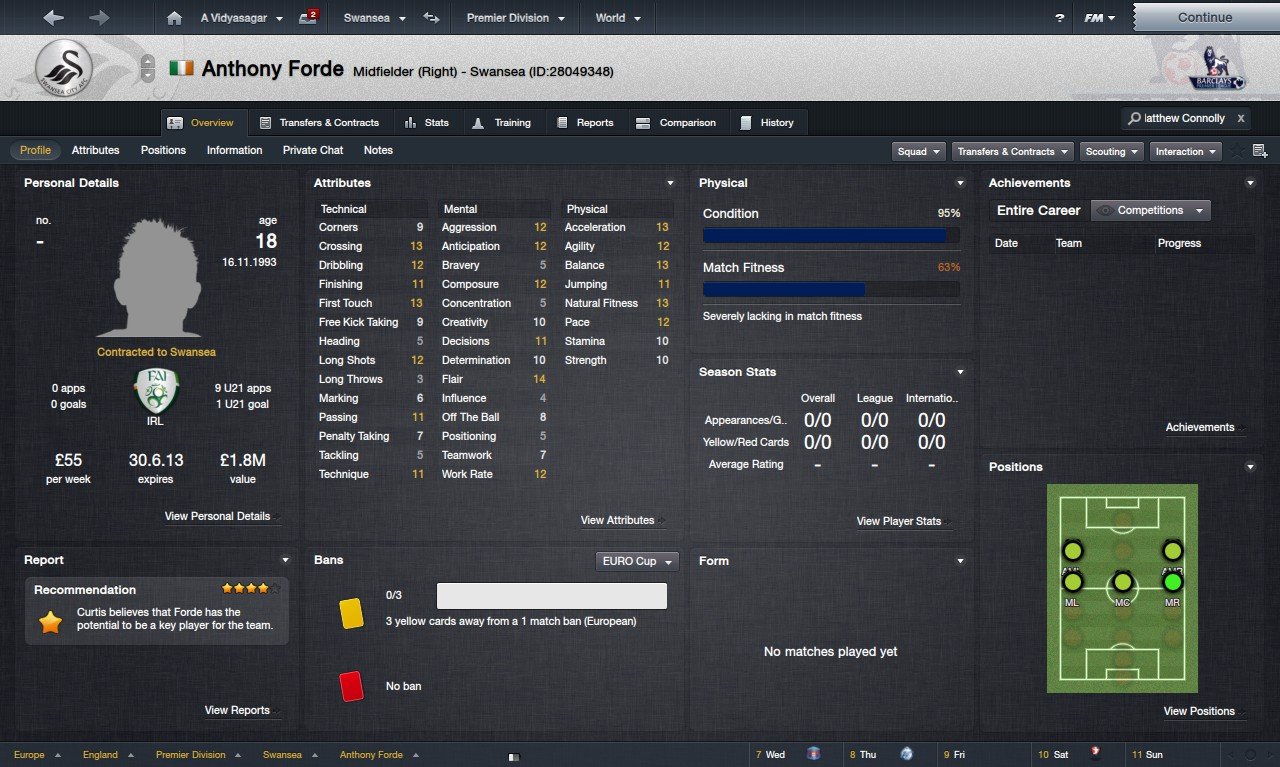 - He wasn't an absolute necessity, but with him being a youth player available on a nearly zero wage and a free transfer, I decided to take a chance.

Yaya Sanogo 2', pen 81'
- What a victory! This victory gives us an amazing chance to advance from this tough group, level on top with Zenit, and two matches to go. Yaya Sanogo was on a 400+ minute goal drought, but within two minutes of this game, he got rid of that monkey of his back.

Craig Dawson 90+4'
- We couldn't have scored at two more extreme moments in the match. Gardner with a stunning strike within the first 20 seconds, and Dawson with a diving header with the very last kick of the game. Leon Britton came on a substitute to make his 375th appearance for Swansea.

Rasmus Falk 74'
- A comfortable match for City, where we had no chance of winning. Falk's goal did bring a smile on the team's face, but we are moving down the league table and it needs to stop soon.

Paulo Machado 70'
- With a cup victory in sight, we decided to field a strong team for this match, and ran out comfortable winners. It was a moment of immense happiness for Machado, scoring his first goal for Swansea.

Sporting_23
9 years
nico cardozo, promissing player you got there!!
Login to Quote

#58181 Kiwi : You are welcome Akash, the only other midfielder I'd now try for would be Man U project, Mats Dæhli and that would be based on the bargain price of probably around 110K - as he should be transfer listed?

Also with Euro competition in mind, who are your keepers? Michel Vorm should be far and away the best you have at present, but I'd definitely look at getting shot of some of the others and looking at what you can buy. I've had luck with scouting the re-gens, particularly the Dutch and Portuguese.

In my Osusana save, I am spoilt, the best technical I have are Portuguese and a Chinese national, but my Irish stopper is keeping them both off the park.

You really like to rub salt in my wounds, don't you?

Actually, Chelsea wonderkid Thibaut Courtois was unhappy with his squad position and was looking to leave. (Ability: ****1/2 star, Potential: *****). Declared interest, offered £6 Million and was a certain signing; until Malaga offered £10.5 Million and I couldn't match that.
Right now, I am scouting for some regens and found one from Russia, waiting for his work permit to get approved.

You are reading "Swansea: Over-achievers".