Glenn T
10 years
Manchester City have made an offer of 26 million for Gareth Bale...

Glenn T
10 years
Danny Rose will play for League One's Leyton Orient for the rest of the season after agreeing a loan deal with them.

Glenn T
10 years
Zeki Fryers has moved on loan to Cardiff City for the rest of the season, and meanwhile Spurs beat West Bromwich in the Third Round of the FA Cup to advance to the Fourth Round. My aim for this competition is to win it, same for the Europa League.
Login to Quote

Donatt
10 years
Where did you get this Database Update ??
Login to Quote

Glenn T
10 years
Tham: There might be a new face
Spurs manager Glenn Tham has revealed that the club is "looking to conclude a few deals" before the transfer window shuts in a few days. 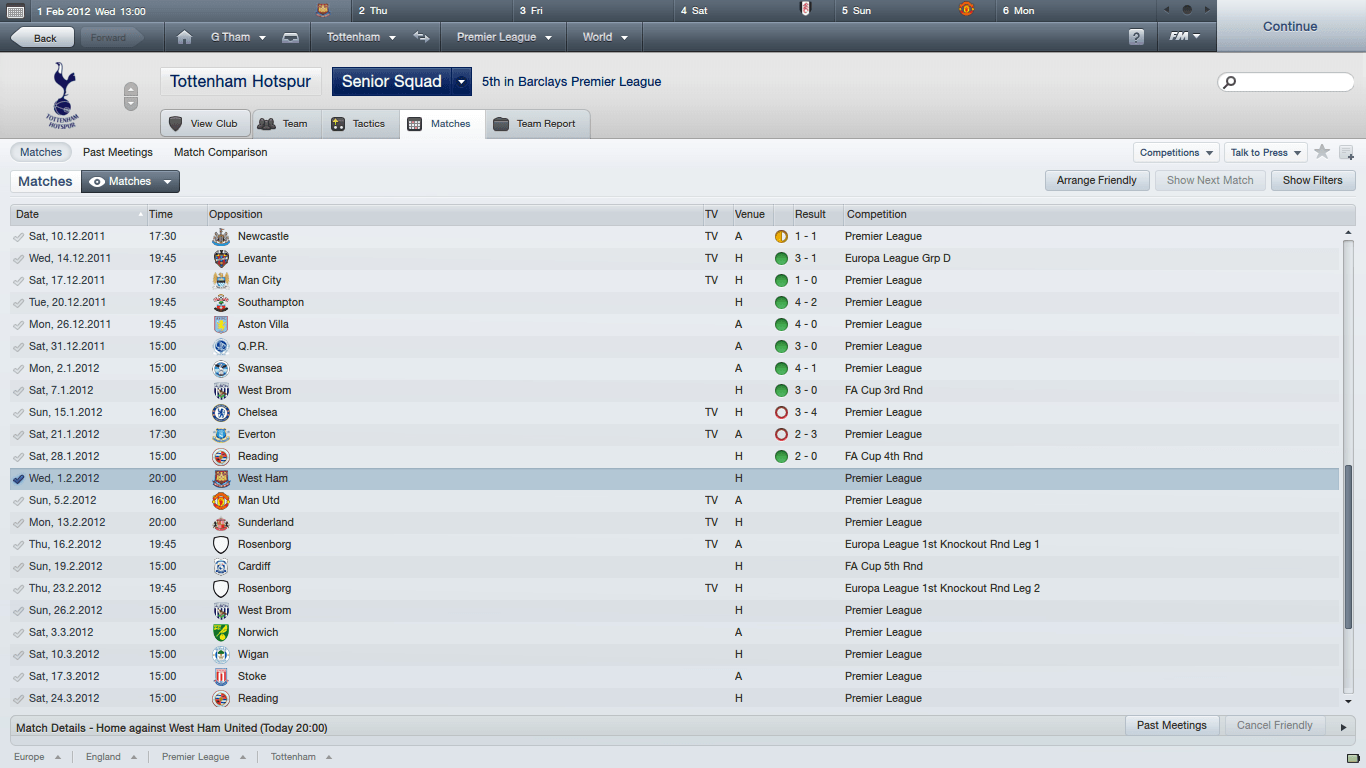 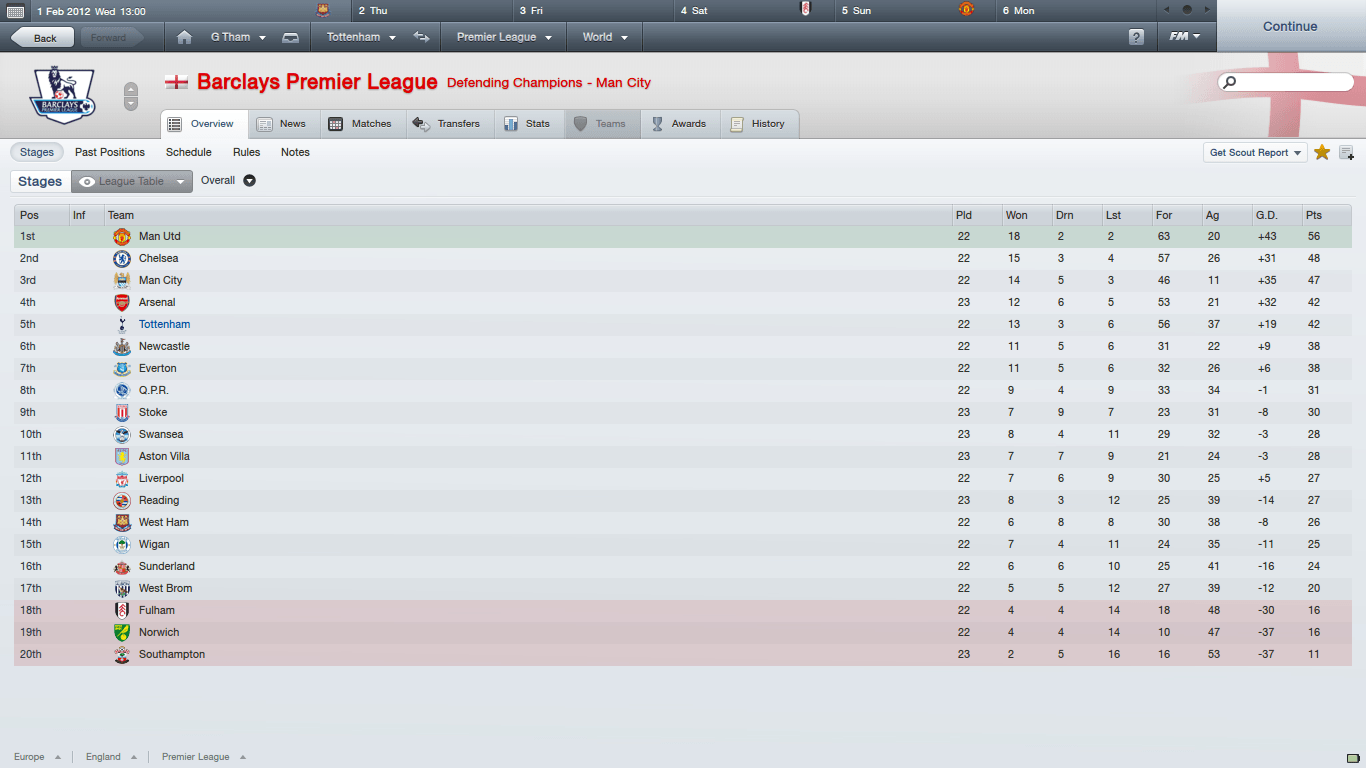 Glenn T
10 years
January Transfer Window
I went back on my assurance to the media that there would only be loan signings, as Shinji Kagawa came to us from Manchester United after only six months at Old Trafford. The Japanese star was not being played regularly under Sir Alex Ferguson and had been talking up United as "hell", and is delighted that he has managed to secure a move to White Hart Lane, even though he cannot speak a word of English except "okay", "yes", "no" and "Sir Alex". 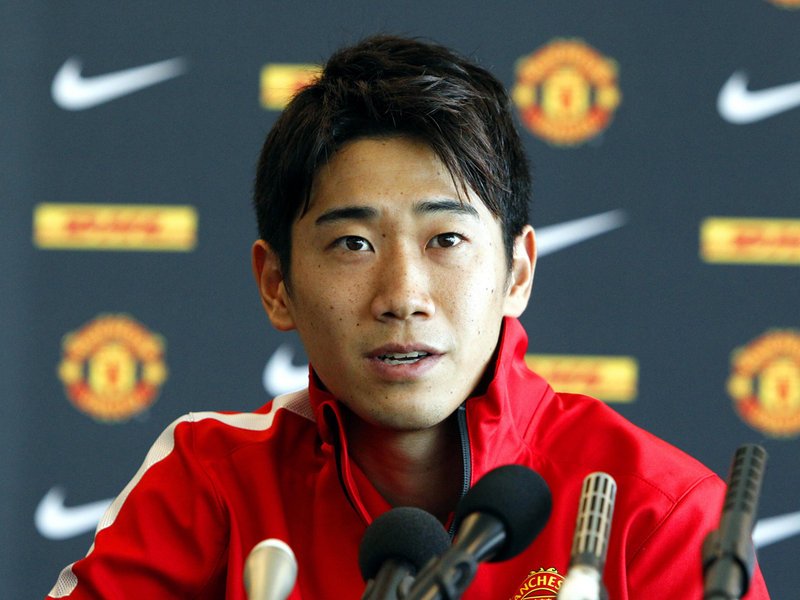 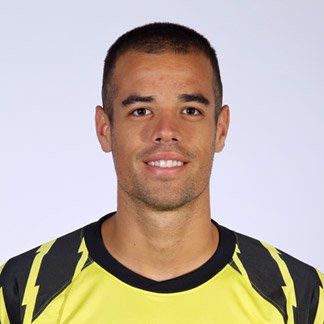 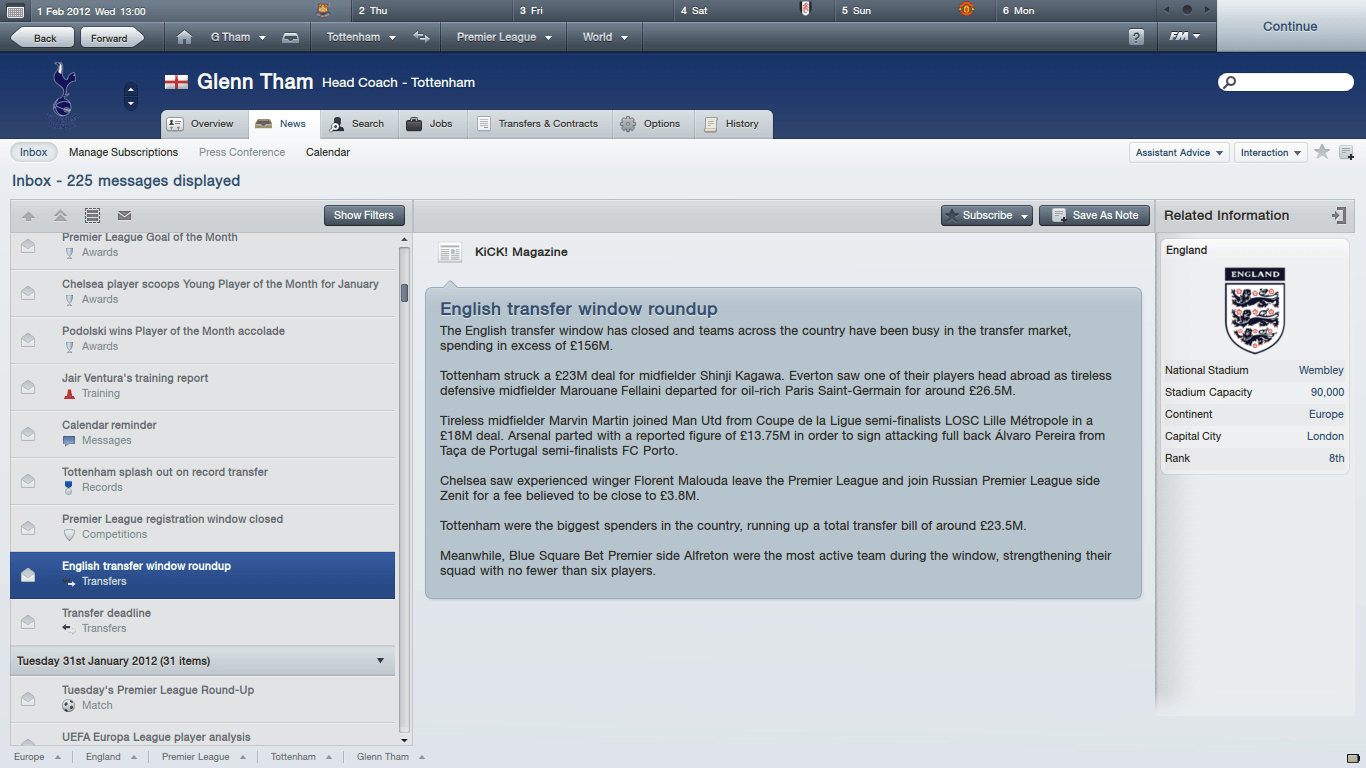 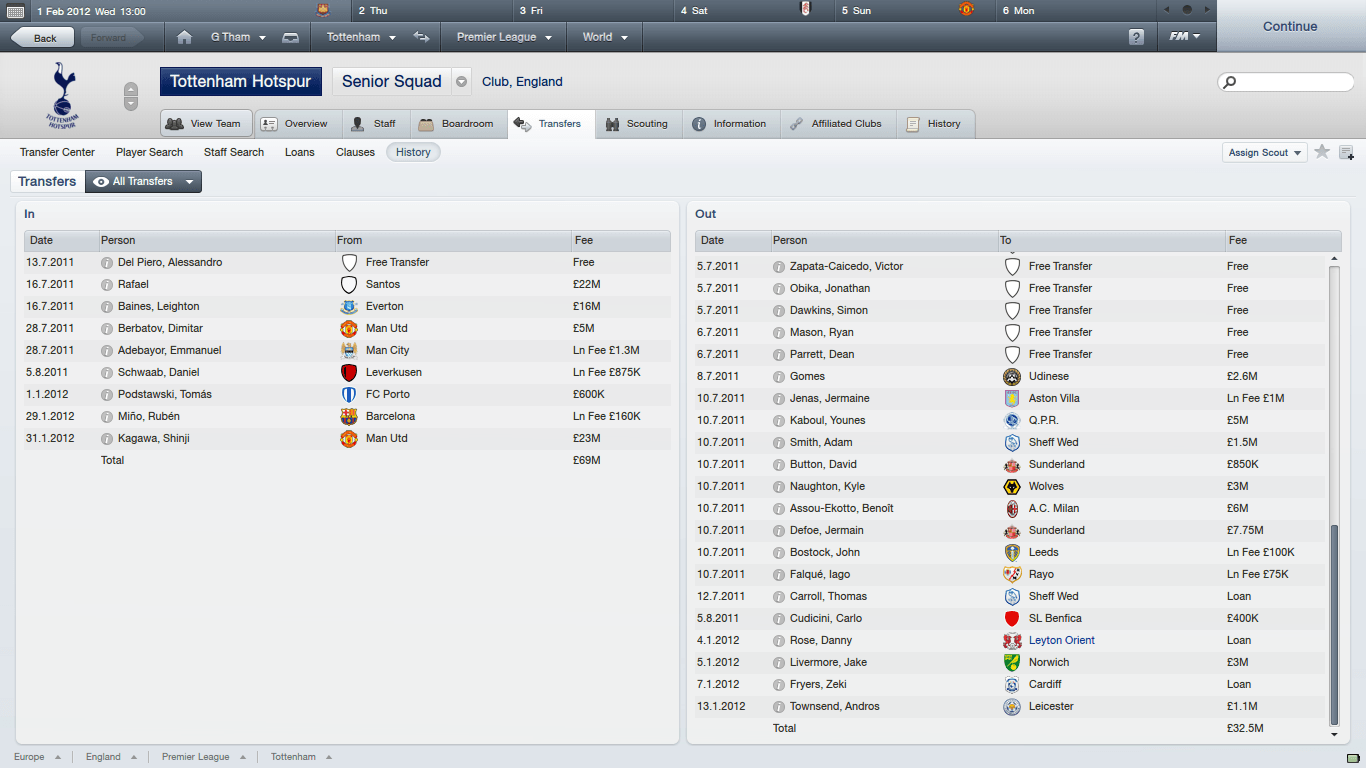