Zenit St Petersburg is the local football team in St Petersburg. They were founded in 1924, but accordingly to russian sources, they are believed to be formed around 1914, so this is pretty vague. They are a team playing in the Russian Premier league, having won the league in 2007, 2010, 2011 and have also won the UEFA Cup in 2007-2008, and the supercup in 2008.

Igor Shermishov is the newly appointed manager of the club. Arriving in early 2011, Igor found the club in awful player state, having most of the key players injured, which is Kerzhakov, Bystrov, Lombaerts, Anyukov, and I won't continue the list cause that'll fill the whole page.

Fortunately, the budget transfer looks very good, having 28.000.000$ allocated for the will of Shermishov and his future signings. Shermishov didn't take long and already prepared an ideal tactic for the side, and also, a shortlist and sent a list of enquires or offers to a certain ammount of players. He looks for a striker, a right defender, a central defender, and maybe another defensive midfielder.

The shortlist is formed of : Marko Devic
One of Metalist's great strikers, and a good potential signing of Igor, who sees a great player deep inside him. He is valued at around 9.000.000$ by the Metalist headcoach, and he is a difficult grab.

Mudingayi
A great potential signing to boost the central squad, and might be useful when the time comes. Valued at around 8milion $ by the Bologna heads.

VLAD CHIRICHES
Romanian breed. Defender, tall, strong, says enough. He is a great offensive player too, having scored a beauty just not long ago. Might be a tough win, but he is really rated by the russian headcoach, and might be seen in a Zenit kit soon enough. 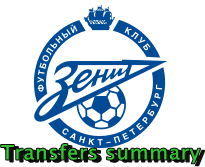 And the transfer summary is finally here! The transfer season is now over, and we saw three players join Zenit's side, for a combined sum of 20.000.000$.

First starts first, Marko Devic, one of the known shortlisted players found himself transfered to Zenit for a sum of 12.500.000$, from Metalist. Most of the critics consider this an "overspend" due to the big ammount spent. Oh well, quoting the manager : "I do not feel bad spending this sum of money for this player. Marko is a great player, great striker, comes in when he's needed. Money will prove its worth over time."

Seeing that Vlad Chiriches isn't looking forward to move to russia, the Zenit manager opted for a more talented romanian, whose potential is at the same level, if not better than Chiriches's level of potential.

Paul Papp is his name, and he is also a central defender. Coming for a sum of 3.800.000$, he shows promise, and he is definately one to watch!

Last but not least, ex-Amkar defender Mikhail Smirnov also joined the Zenit side, due to the complete disaster found in the defensive line. Still young, a hefty 4.000.000$ was paid for him, and only time will tell if he was worth the money or not.

In a previous press-conference, Igor Shermishov was asked about his signings, and the players he bought were doubted, especially Papp, who, despite being well rated, is not seen as a decent defender by the russian media. Shermishov said aggresively : "I know that one of the media's jobs is to be a pain in the knee for the managers. The 'we want the truth' can't be applied here, my friends. I did the transfers with full confidence, and the media cannot decide wether Papp is a good player. Racist isn't needed in modern football. The signings have been done, and the players performed very well in pre-season". He stormed out of the conference aftwards. 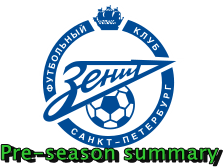 Oh well, the pre-season was one of the less brightest I ever had in my football manager time. We drew two matches and won three, but we never put in a great performance, and most of the times I had to be assertive with my talks, and tell my players they didn't do well, and that they needed spirit.
The signings have done pretty well, Devic had one assist and one goal in three matches, but I want more from him, considering the ammount I paid for him. Maybe its too soon to expect phenomenal performances, and he must blend, but who knows. Lets hope so.
Papp has been a rock in the defence, just cannot say more.
Smirnov also is promising, playing pretty well in defence, and is a good pair for Papp. Two young defenders protecting an old russian goalkeeper. Legit.

Malafeev has been phenomenal. I never rated the russians keepers, but Malafeev has been a complete stone-wall in that net, allowing only three goals. Also, he saved balls I would never expect him to, so I'm glad I did not have to bring in a new keeper.
Denisov, piledrivers, enough said.
Lazovic was.. pretty decent, I wanted more from him this pre-season but I can't say he did bad either.
Arshavin, Rosina and Huszti did well this pre-season, well done.
Login to Quote

crisrko
7 years
Supercup, Russian Supercup
Zenit perform well for a great win over their bitter rivals CSKA Moskow. Zenit had a big number of chances at CSKA's net, but they weren't as clinical as they wished. Rosina dribbles Berezutsky to send a curled ball to the left, far corner. IT STRIKES THE CROSSBAR, but goes out.

CSKA have a break-away, and its Doumbia versus Malafeev, Doumbia tries a shot for the top corner-... MALAFEEV KEEPS IT OUT!

Minute 67: Ball is crossed in the Zenit penalty area.. and the ball hits Denisov's back, going in the net. Own Goal.

It all continues drawn out, till the penalties.

Malafeev blocks two of CSKA's penalties, showing great class and great ball handling. Devic scores his penalty, along with Shirokov, Fazulyn and Rosina. Zenit grabs the supercup and thats it! Great performance, the fans and the board are pleased with the win, and the Zenit manager proved clinical.
Login to Quote

Akash
7 years
As a famous person once said, "A Crisrko story is an awesome story"
Login to Quote

afhp89
7 years
finally a russian based story! will be following mate

Michael
7 years
Nice start, i will follow it
Login to Quote

Donatt
7 years
Good luck,but i don't think you'll need that,with hulk in the wing everything is possible !
Login to Quote

or.dabool
7 years
Shame on me for the late comment, but an awesome story indeed 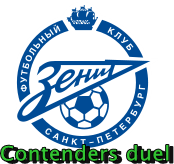 First match of the season, russian division debut for Shermishov, the duel of the giants, Anji Mackcha-.. something, and Zenit St.Petersburg.

Before the match, Shermishov stormed in the locker room, motivating the players, and looked for quite a few moments at Kerzhakov, Lazovic and Devic : "I count on you to get us the win boys. Devic will start, but after half time, Kerzhakov is in. Lazovic, you'll take on Arshavin's spot when I feel like it. We clear?"
They nodded, and proceeded to the stadium's main hall.

Whistle is blown, and the match starts.
After a boring first half, Kerzhakov takes on the Anji defence, cuts inside, GOAAAAAAl.


Later on, Bousoufa tries the top corner in the free-kick, and scores! What a goal, Malafeev managed to touch the ball, but it hit the underbar and went it. Unlucky for Zenit.

Lazovic replaces Arshavin at around... 79th minute, and Fazulyn replaces Danny. Kerzhakov cuts through the defence, and sends a nice ball to Lazovic. Lazovic turns, he strikes forcefully... ITS A GOAL! GOAL!!! 90TH MINUTE GOAL FROM DANKO LAZOVIC! HOW DRAMATIC!


Match ends with a win for Zenit! Great debut for Shermishov.
The manager in the end congratulated the boys, then left the stadium, heading towards the training facility, inspecting the progress of his youngsters.

My youngsters are pretty poor, and I'll have to do something about it pretty soon.
Login to Quote

crisrko
7 years
So fucking what?
Seven games took place since my update, and so many things happened in these very matches. We have reaches the Russian cup semifinal, where we have to face Rubin, but its no thing. We defeated CSKA Moscow in the quarter final, and in the league.. well, 5 wins out of 7 matches. That two matches were draws, so its going well for us. We're standing firm in second place, one point behind CSKA. We have 17, they have 18.

Marko Devic and Kerzhakov were real threats infront of goal. Kerzhakov has scored 4 goals in six matches, and Devic scored 3 in seven matches. So its pretty good for seven matches. Arshavin, Lazovic and Faizulin have been supply goals perfectly, and Paul Papp has performed extremely for his age. Malafeev, keeps being a stone wall in that net, and parries balls very well.

Now, as we go to our little title, its all about Denisov, my beloved Zenit captain.
Denisov has played brutally in these seven matches, receiving two red cards in these seven matches. One in the premier league and one in the cup. Not nice, not nice from a captain./ I gave him a 2 weeks fine at the first time, but for the second time, well, not so nice.
I called him to my office, early in the morning.
"Denisov.. I think you know why I called you to my office, right?
"Yea boss.. Its about the cards, isn't it?"
"You bet it. I fined you once, fair enough, but two red cards in five matches? No. Just no. You're going reserves till you fix your head up"
"What? I'm the fucking captain!"
"SO FUCKING WHAT?"
"But-.."
"Don't but me, if you want out of there, you prove it to me. Thats all. Now get back to training."

Beautiful, no? Russians are russians, after all! I'd make a vodka joke, but nah.
Login to Quote

Blue
7 years
Haha, nice ripping apart off the captain there!
Login to Quote

crisrko
7 years
I got nothing with him! But come on, two reds in seven matches, and he's a captain? Third time's lucky, and third time means pulling a John Terry on him ( Take his armband )
Login to Quote

You are reading "From the snowy plains of Russia".