AlexSonwild
7 years
Nice results m8, I will follow this story
Login to Quote

On the back of a 5-0 and 4-1 results in the Mata Grosso State Championship, Luverdense go into their next game in the Copa Libertadores against Paraguayan team Cerro Porteno hoping to win after narrowly losing 2-1 in their last game to Atletico Nacional 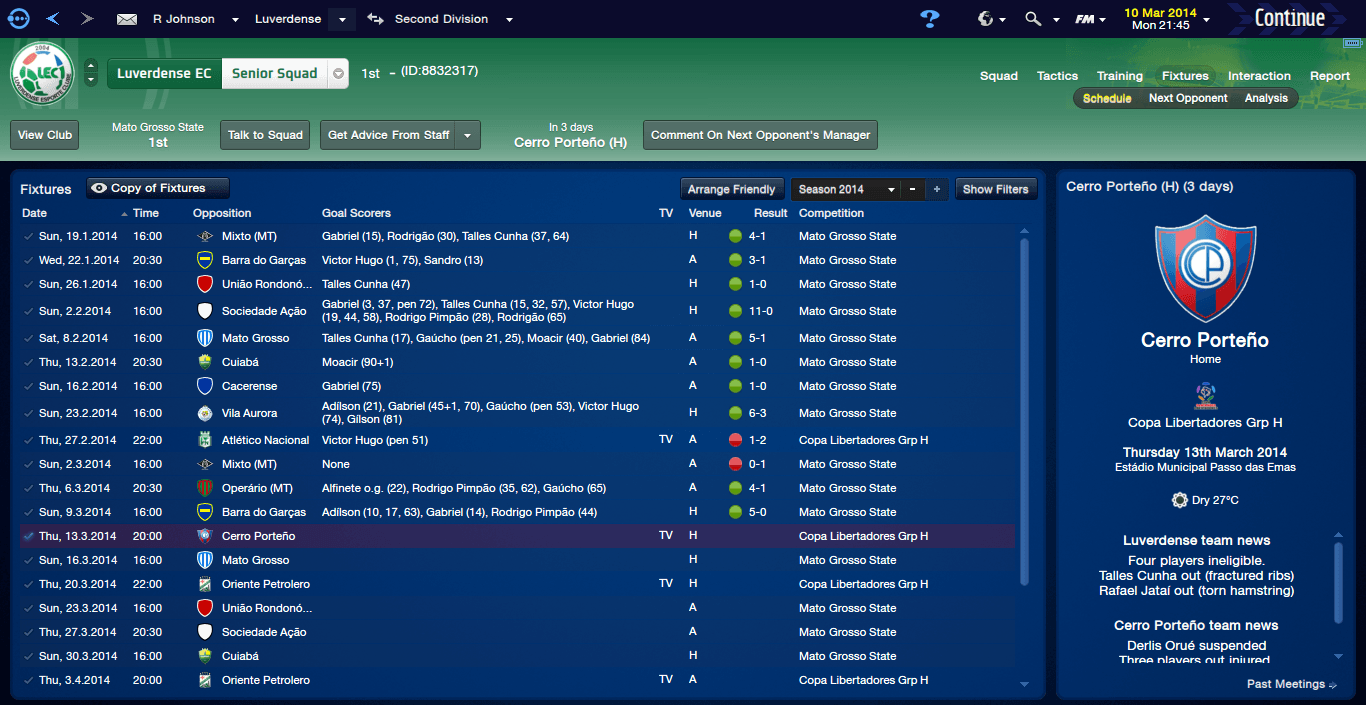 One loss, one draw, maybe a win for Ralph Johnson' side against Oriente Petrolero?
Login to Quote


In one of the biggest shocks in the Copa Libertadores Oriente were defeated by Brazilian 2nd division side Luverdense. The Bolivian champions were completely torn apart by Luverdense' quick passing as Oriente were beaten 5-2 at Lucas do Rio Verde
Login to Quote

Luverdense through to the Second Round

Luverdense make it to the Quarter Finals of the Copa Libertadores


One of the greatest moments in Luverdense' short history happened last night as Luverdense beat Argentinian team Velez 2-4 away from home (3-4 on aggregate) that takes Luverdense to the Quarter final of the Copa Libertadores. Ralph Johnson showed Brazil what he can do after winning the Brazilian Cup last season, can he show South America what he can do this season? 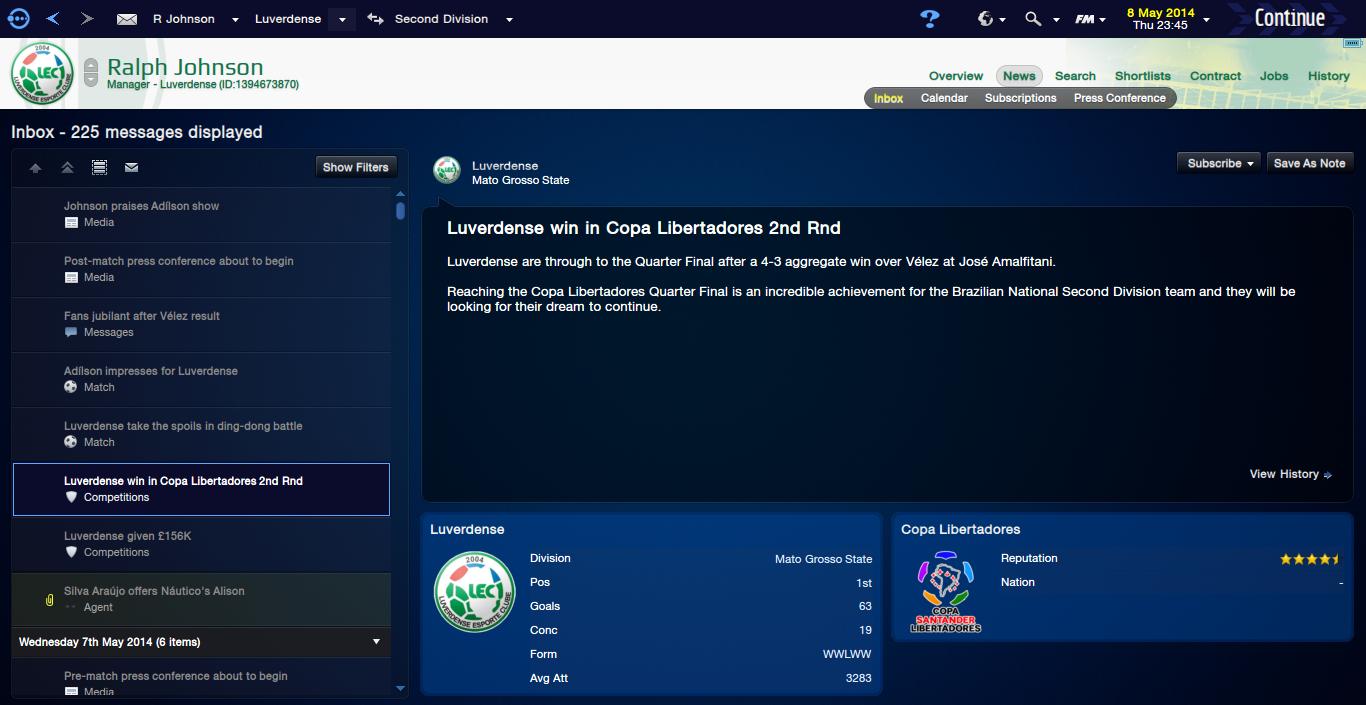 
Luverdense have made it into the SEMI-FINALS of the Copa Libertadores, Mr. Johnson has already won the Mato Grosso State Championship this season a 7-1 aggregate score against Santos in the Quarter Finals is the latest result in the Luverdense fairy-tale cup run as the final is getting ever closer
Login to Quote


It wasn't so long ago that McDonalds redundant Ralph Johnson took over at Brazilian Division 3 side Luverdense, now he's flying high with a State Championship, Third Division title and Brazilian Cup to his name and looks to conquer South America by winning the Copa Libertadores this season after making his way into the semi-finals of it after beating Santos in the Quarter-Finals.
Login to Quote

Joe
7 years
Nice work mate, I'm sure you will win that Copa Libertadores!
Login to Quote

Have you added any leagues of your own? It might be easier to win the Asian championship with an Emirates team than an Indian. The same goes for Tunisia and Egypt in Africa?
Login to Quote

Have you added any leagues of your own? It might be easier to win the Asian championship with an Emirates team than an Indian. The same goes for Tunisia and Egypt in Africa?


Ralph Johnson's Luverdense have made it through to the Copa Libertadores final after beating Brazilian First Division team 6-4 on aggregate. Luverdense will face Mexican team Tigres who beat Argentinian side Estudiantes 5-1 on aggregate
Login to Quote


Luverdense fans must of been pinching themselves last night when the final whistle went at Estadio Municipal after Luverdense ran out champions of South America against Tigres as Verdao de Norte beat Mexican Premier League side Tigres 5-3 on aggregate in the Copa Libertadores final. Luverdense manager Ralph Johnson was asked about moving clubs, as there were interest during the cup run from much bigger clubs. "It's a possibility. Of course it would be a dream to move to a big club, I mean coming from a McDonalds in Newcastle to winning a continental cup with a lower league club is some going. There was always going to be interest in me after winning that Quarter Final. But I don't know, it depends, another club might offer me a job I couldn't refuse, time will tell." Mr. Johnson said.
Login to Quote