JordTheDesigner
9 years
Where are the updates? Haha Only joking mate , get Sky to fix your internet I need more reading !
Login to Quote

Okikos: Hull are now basically a team of United rejects

Suso30: Somehow, BT fixed it, but updates are coming!
Login to Quote

Glenn T
9 years
Brilliant couple of updates and some awesome signings there.
Login to Quote

Pre-Season is a great way to kick off the season. The team will first fly to Mexico, playing CF Monterrey, and then a few days later are off to China in their 2013 China Tour, playing both Guizhou Renhe and Beijing Guoan. After that, they go back to England, playing Blue Square side Woking FC, followed by a move back to Manchester to play local side Maine Road.


A pretty good pre-season. Monterrey would also be the tough game, and by not fielding a strong team in all games, conceding just one goal and staying unbeaten is a great achievement, especially getting the eight goals against Maine Road. Wilfried Zaha had a phenomenal season, even when playing as a deep lying forward rather than his usual role out on the wing. Robert Lewandowski's stole the show though, with his five goals against Maine Road and his double against Beijing Guoan. The boys look ready now to kick off the season with the Community Shield against Manchester City. Hopefully Jonny Evans get produce another two goals against another Manchester side!
Login to Quote

Okikos
9 years
The Fresh Prince of Manchester, has left the building. 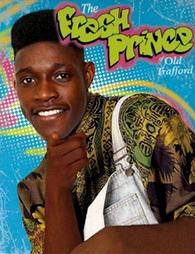 
Just days after Manchester United announced Hull City as a new club affiliation, as a result of Malcolm Glazer's cancellation in the deal with Belgian side Antwerp, David Moyes has decided to cancel more affiliations personally. Malcolm Glazer gave Moyes the opportunity to cancel any he felt wouldn't help the club in the future, after recently signing a new long term contract.

Desportivo Brasil, a small side who play in Brazil, also affiliated with FC Twente, were the first to be notified. With the affiliation, Desportivo Brasil could send any of their players on loan to Manchester to help gain experience. However, Moyes felt the players would not get the game time or benefit from the training, so cancelled the deal. The next team were Curzon Ashton, who play non-league football. The deal between the two sides was to play a friendly each year. However, due to difficulties a friendly is yet to be played, resulting in the cancellation of the deal.

Bury, who play in the nPower League One, were also let go by the club. Manchester United would be able to send any players they wanted on loan to Bury. Nevertheless, Moyes felt he could send players on loan to better clubs, so the affiliation wasn't needed. Altrincham also had a loan deal with Manchester United, but now only playing in the Blue Square Premier, no longer have a deal with United.

Newcastle Town, a side who also play non-league football, had multiple options within their affiliation with Manchester United. Manchester United would be able to send players on loan to the side, but don't play at a high enough level for Moyes to feel acceptable in the deal. An annual friendly should also be held, although any are yet to be played. Both sides could place a bid the same as the other team when bidding for a player of the other affiliated club, and only there offer could be accepted. However, the Manchester players were too expensive for Newcastle Town, whose players weren't good enough to play for Manchester United.

As a result of these actions, Manchester United only have four affiliations now, with bigger teams. Molde FK, Fluminense, FC Twente and Hull City all remain in their link with Manchester United, who are expected to look soon for more possible clubs to link with to benefit from in the near future.

Fabio and Davide Petrucci recently moved to Hull City in an agreement due to the affiliation.
Login to Quote

Jer
9 years
Damn! Cutting the affiliations is harsh, especially for the other teams. The manager must hate you!
Login to Quote

Kane
9 years
Okikos: That is beautiful!

PaukerJ: It had to be done. This is the way Moyes rolls!
Login to Quote

The groups for the 2013/2014 UEFA Champions League have now been drawn, with the final being played at Estadio da Luz, with Manchster United the current winners of the coveted trophy. The group draws are as followed:

Our group is one we should definitely do well in. AC Milan could be a struggle, and United will be reunited with former player Patrice Evra. New signings Raul Albiol, Siem De Jong, Adrian and Felipe Melo will help them alot, so taking three points will do nicely for us. APOEL seem to be a team who do quite well in Europe, although I would like all 6 points from them. APOEL are known to cause shocks though, so maybe four points would be acceptable. However, Metalist are a side we need all six points again, and that could be the difference between first and second.
Login to Quote