I have chosen to manage West Ham not just because I like a challenge but because I like to build teams up to the best.
West Ham start with no money at all to spend on players which makes it extra hard.
However I got some money no problem at all by terminating Benayouns loan collecting 650k and big chunk of wage back.
I decided to keep that money and opt for free players but only ended up tying up one contract for backup keeper Craig Gordon. No players went the other way so my team stays almost the same.In terms of staff none when out and only 3 came in. 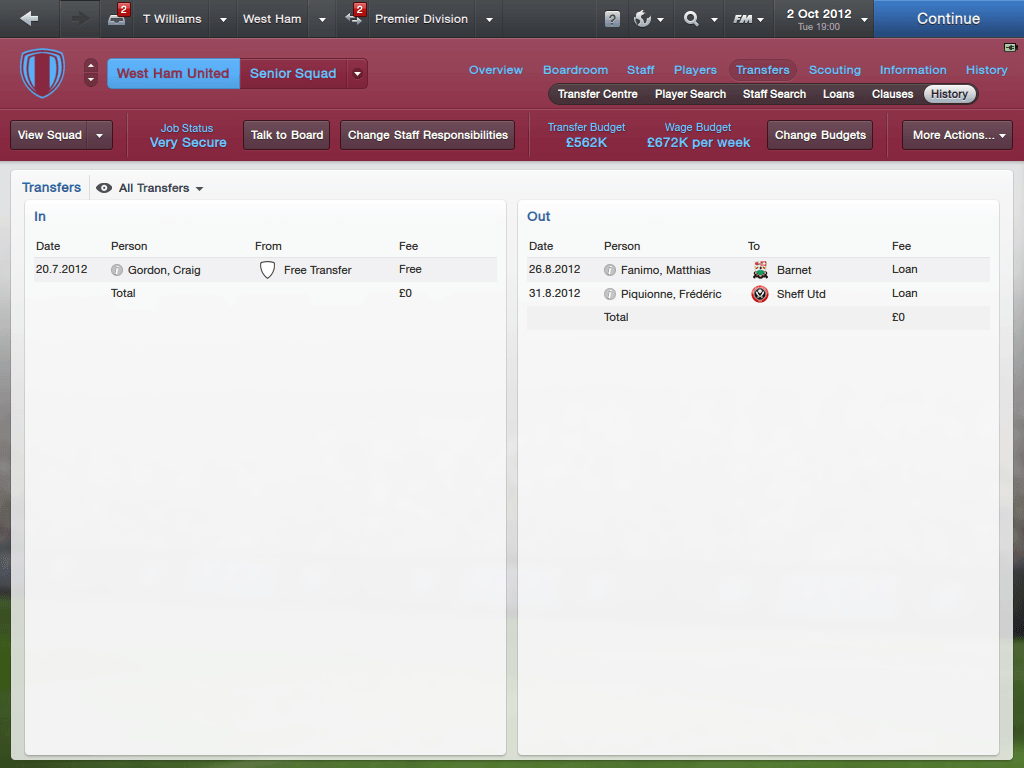 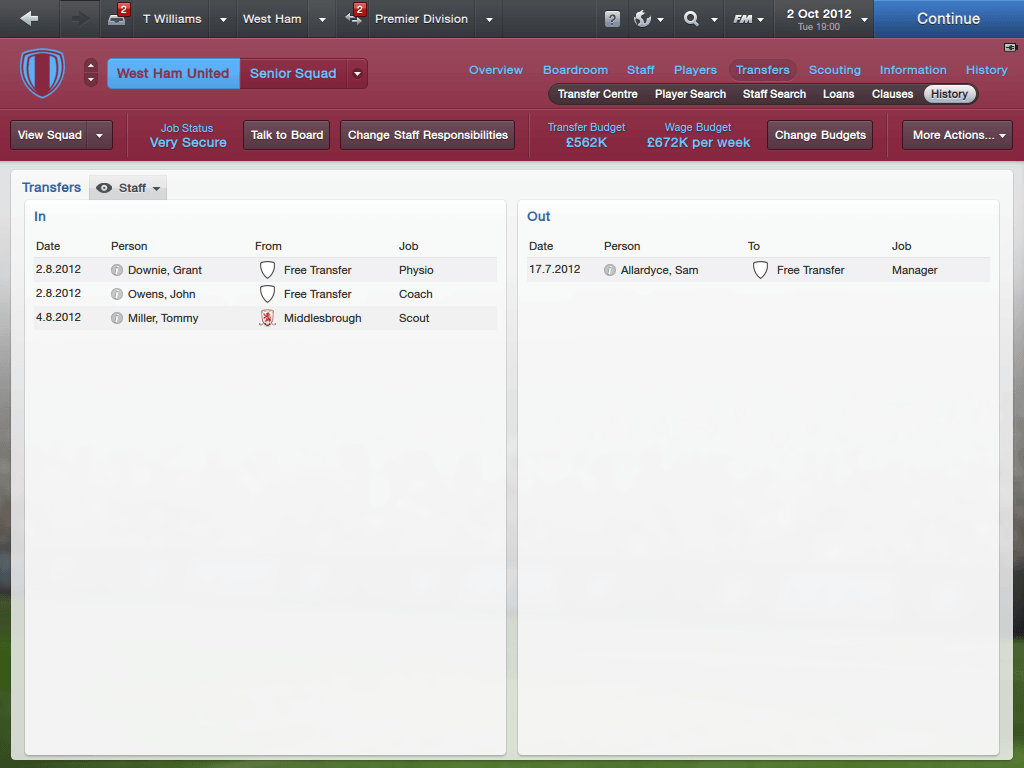 Not a bad PRE season over with and concentration now goes towards our two tricky opening fixtures, Tottenham(a) and Manchester United(h)
Login to Quote

Arvind
9 years
Good luck with your first story mate, you could try to make it a bit colourful by posting some pictures or using some bbcodes which you can find here.
Login to Quote

Toon
9 years
Nice so far mate but I agree with Arvind, you could make the story more appealing with some graphics.
1
Login to Quote

Now the Capital One Cup drew me at home against Ipswich Town so i was pretty relaxed coming into this game after beating the real life premier league champions.

CAPITAL ONE CUP ROUND TWO

Not the way i wanted to get through after expecting a trashing however a win is a win no matter what the result is.

CAPITAL ONE CUP ROUND THREE DRAW
WEST HAM VS MIDDLESBOROUGH

tomwill
9 years • Edited
SEPTEMBER IS HERE FOR THE HAMMERS

I was very pleased with my opening month and the squad all seem happy. They are always motivated when i give my teamtalks which i think is a good sign. Players have been impressing me alot especially Andy Carroll, James Tomkins and Ricardo Vaz Te. Carlton Cole is also a grat sub to bring on in tight games or if you desperetely need goals. This months fixtures are very winnable and we will just have to see if the players carry on their good run or crack under pressure of being the favourites. First up.. Sunderland.

A good win for us and we got off to a flyer with Kevin Nolan scoring in the 19th second. Ricardo Vaz Te scored the second on 29 minutes and then a mistake from Matty Taylor, who played instead of the injured George McCartney, gifted Steven Fletcher a sitter to make it 2-1 on 82 minutes. Overall not a bad result which left us in 1st place. Next a struggling West Brom at home, then Norwich at home, then Middlesborough at home in the capital one cup and then Southampton away for the trickiest game of them all. Winable??? 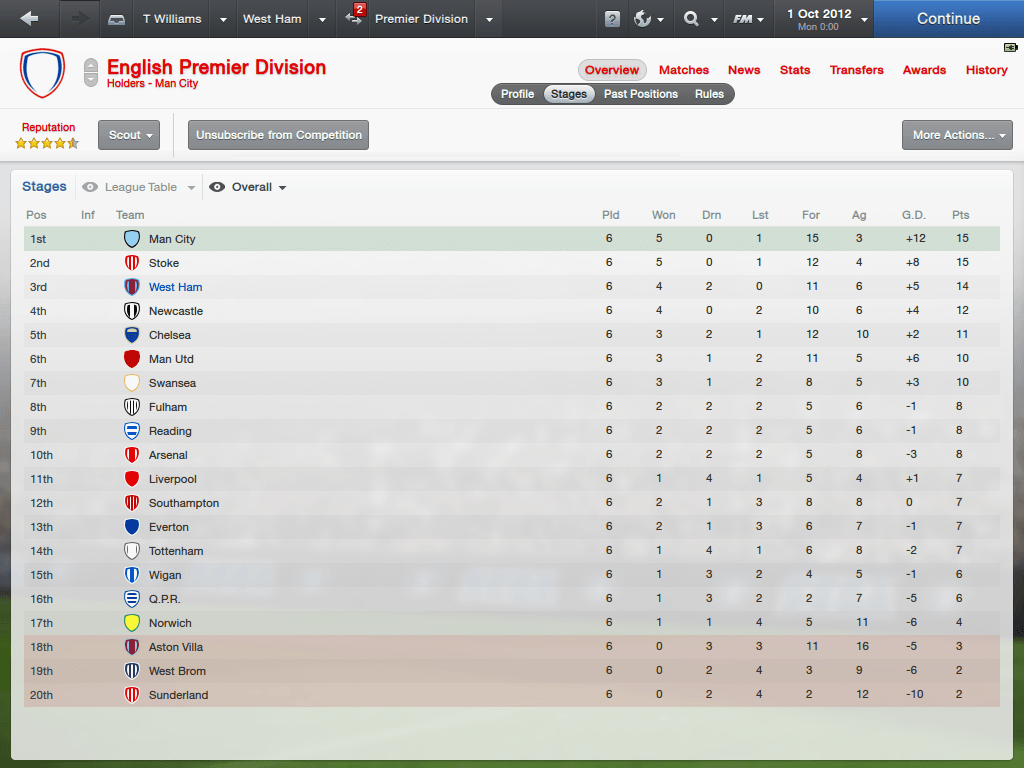 Keep this up Tom!

tomwill
9 years • Edited
For anyone that wants to know these are my tactics. 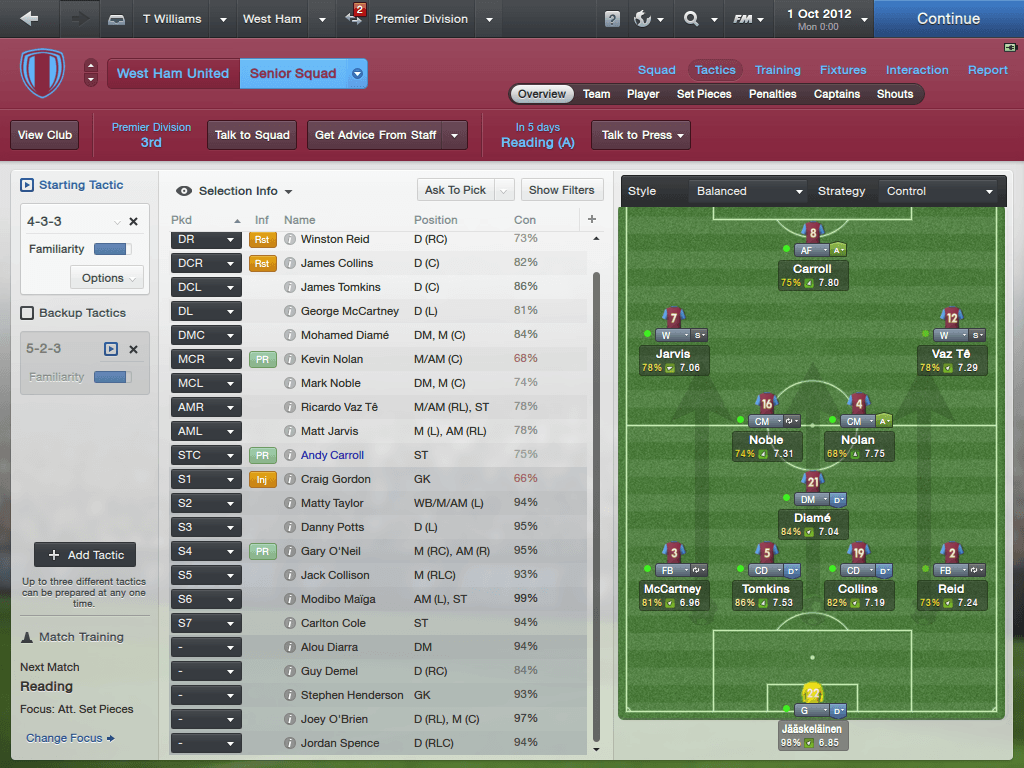 RamKebab
9 years
Decent start, but could you include a few screenshots?
Login to Quote

All you need to do is go on to www.imgur.com click on the arrow on the top left of the web page, click upload from computer, pick the screenshot from your files, let it upload and then on the right of the picture copy the BB code into your post on here
Login to Quote

You are reading "Can West Ham Stay Up With Unknown Manger??".