Toon
6 years
Different story, will be interesting.
Login to Quote

As the month of October and November passed Mansfield played 14 games but would they remain in the automatic promotion places. So let’s look at the fixtures. 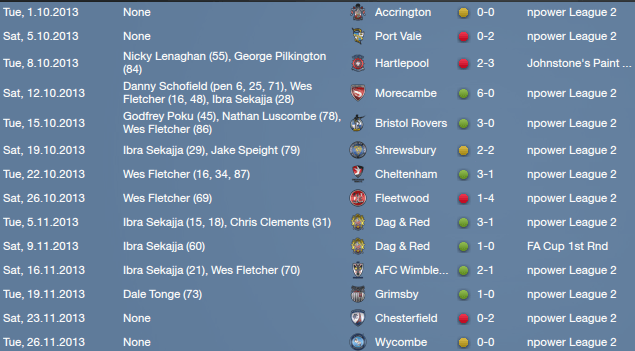 Mansfield had a poor start to the month as they in the first 3 games they only managed to gather 1 point, although the Hartlepool game was a cup game. Then against Morecambe Danny Schofield showed his ability scoring a hat-trick, then Wes Fletcher scored twice and Ibra Sekajja scored the final goal. After these fixtures Mansfield didn’t lose too many games but they did concede quite a few goals. Unfortunately at the half way through the fixtures Nicky Lenaghan became injured due to a rash tackle during training.
So here is the league table. 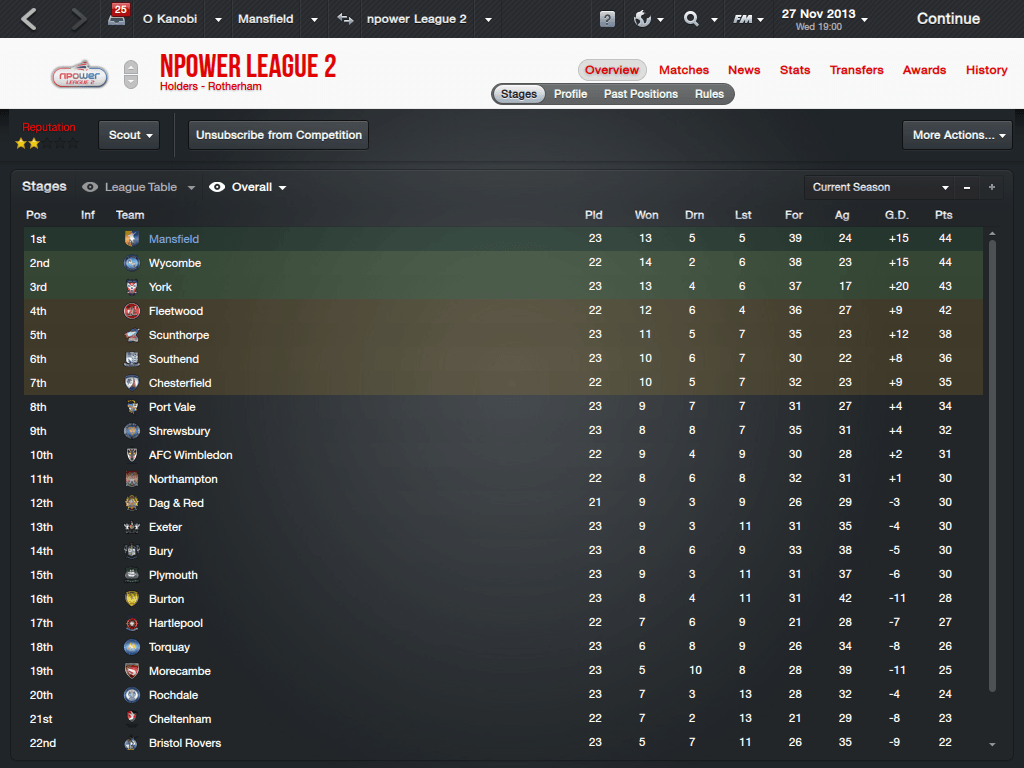 Mansfield are top on goal difference but Wycombe do have a game in hand so there is an opportunity to knock Mansfield off pole position.


Regen of the month

The regen of the month is the young English left back Wahid Boateng. Wahid has played in multiple positions throughout these fixtures including left back, left midfielder and right midfielder. He has been an extremely versatile player and Mansfield hope his form continues. 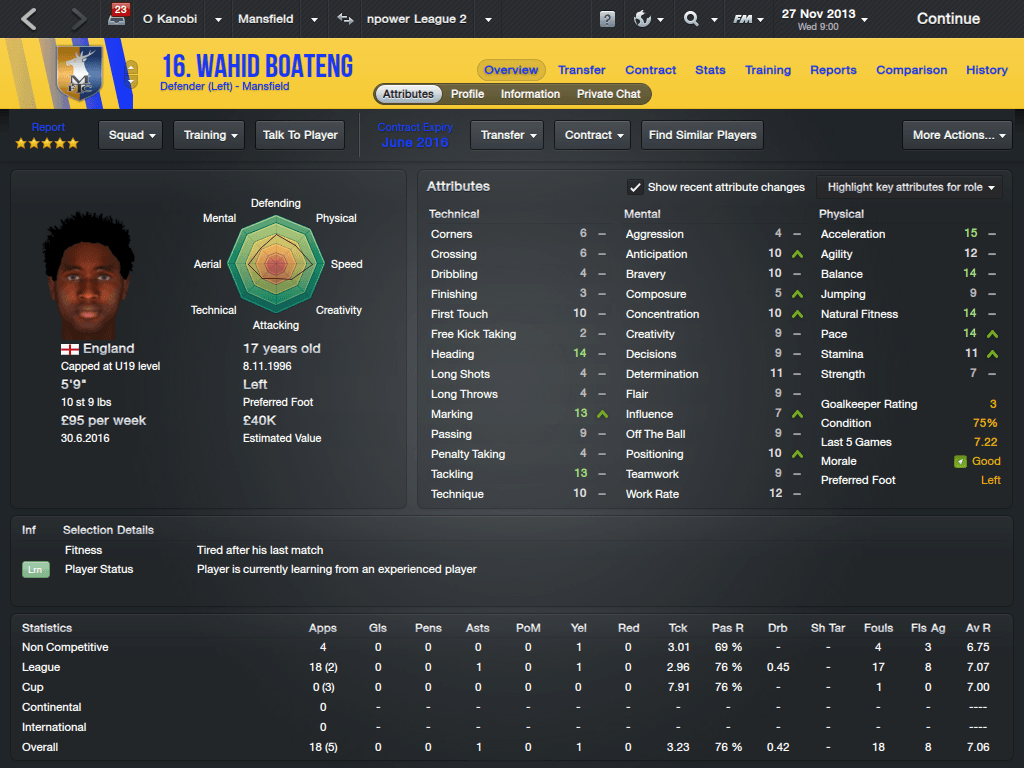 After December and January passed Mansfield Obi’s tactic knowledge has resulted in them dominating some games during this period. (This tactic was made by Justice) 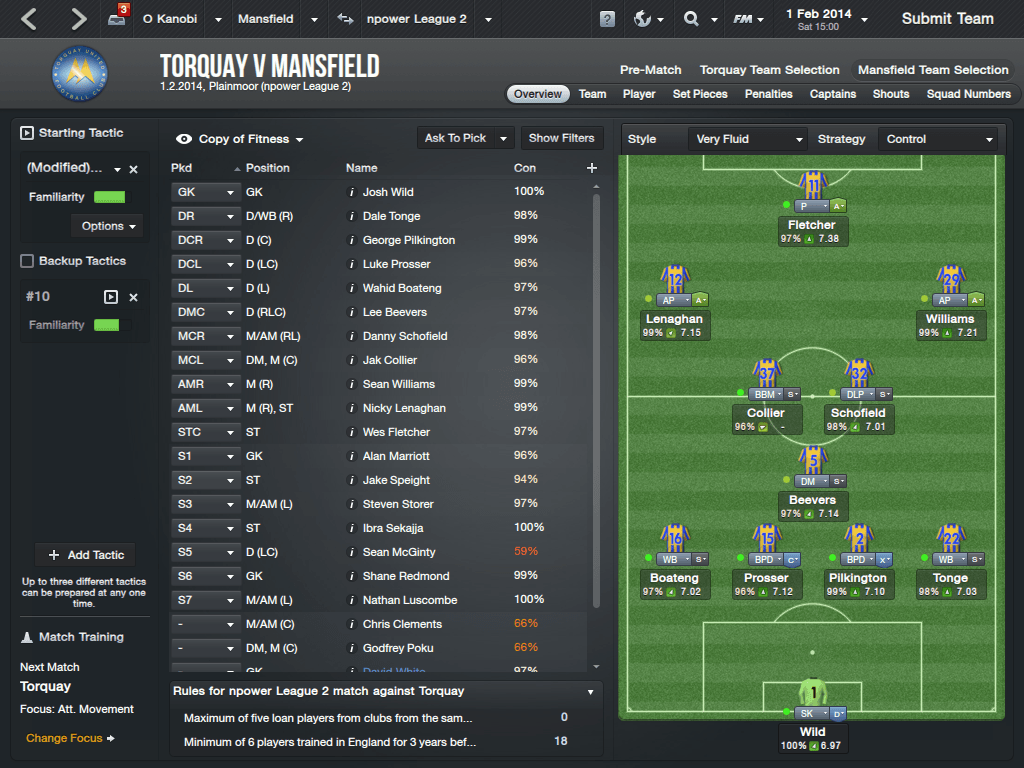 The tactic amazed many people as before this period Mansfield were playing a simple 4-4-2 so many thought that Nicky Lenaghan would have no spot in the team. But Obi came out after the Southend saying “I will either play Nicky on the left wing or rotate Wes and Nicky but I have full confidence that Nicky will be excellent on the wing.”
So here are the fixtures for this period-

Mansfield only lost two fixtures in this period, one was down to Stevenage outclassing and the other against Rochdale was down to a dodgy formation (created by Arvind :P). During this month we kept 3 clean sheets and that is probably due to the brilliant defensive work of Wahid Boateng and the great Goal keeping quality of Josh wild.
So here is the league table after these mediocre results- 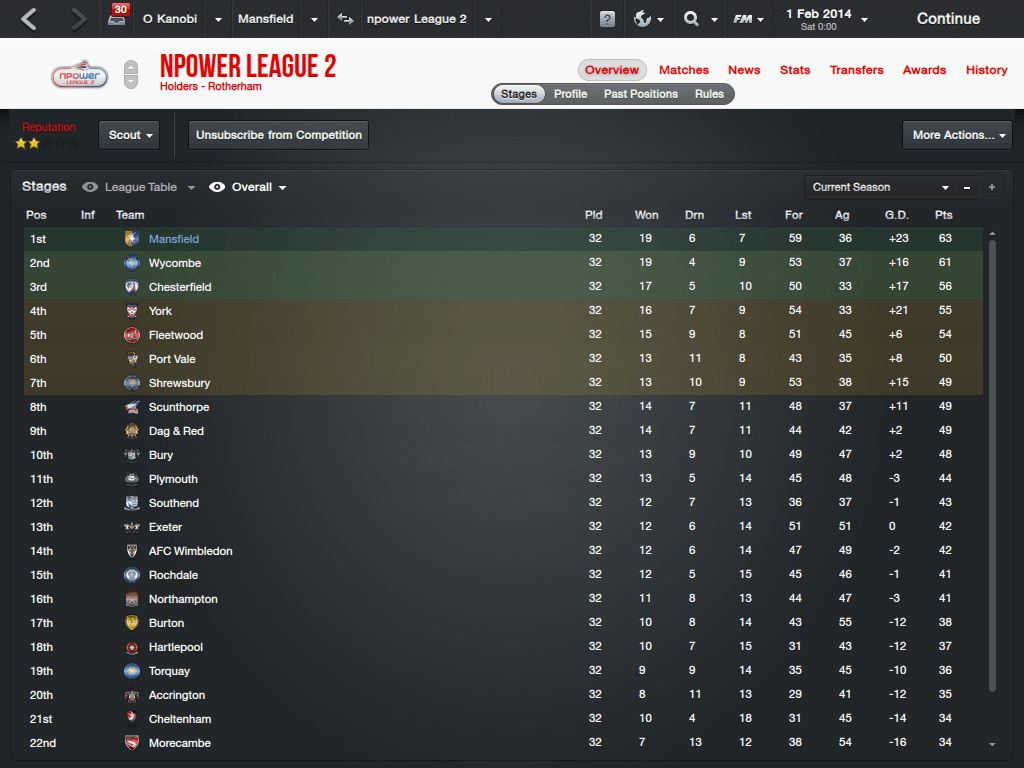 Mansfield are top with a 2 point cushion. Will Obi be looking to push on for some of the remaining fixtures then start to rotate in the youth Mansfield will intake on the 13th of March?


Regen of December and January

I am giving this award to Sean Williams, after many brilliant performances and creating so many goals. He is settling in to his new position as an attacking right midfielder perfectly as the offensive role suits his style down to a tea. 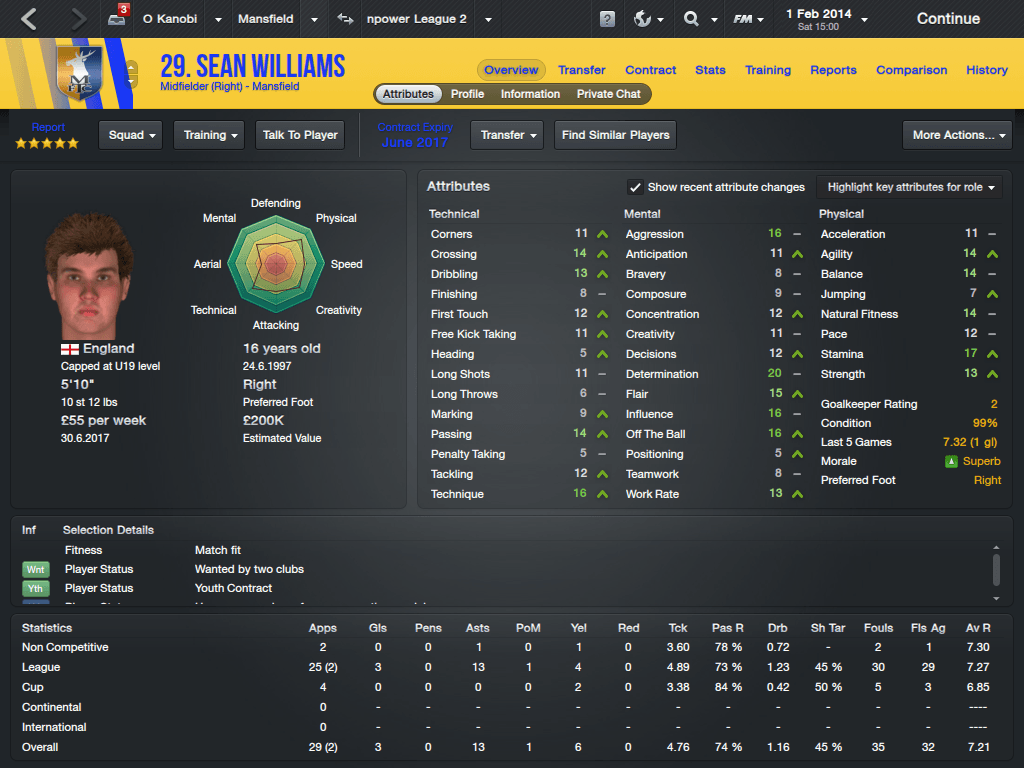 Unfortunately though 2 top teams are after him Arsenal and Manchester United. 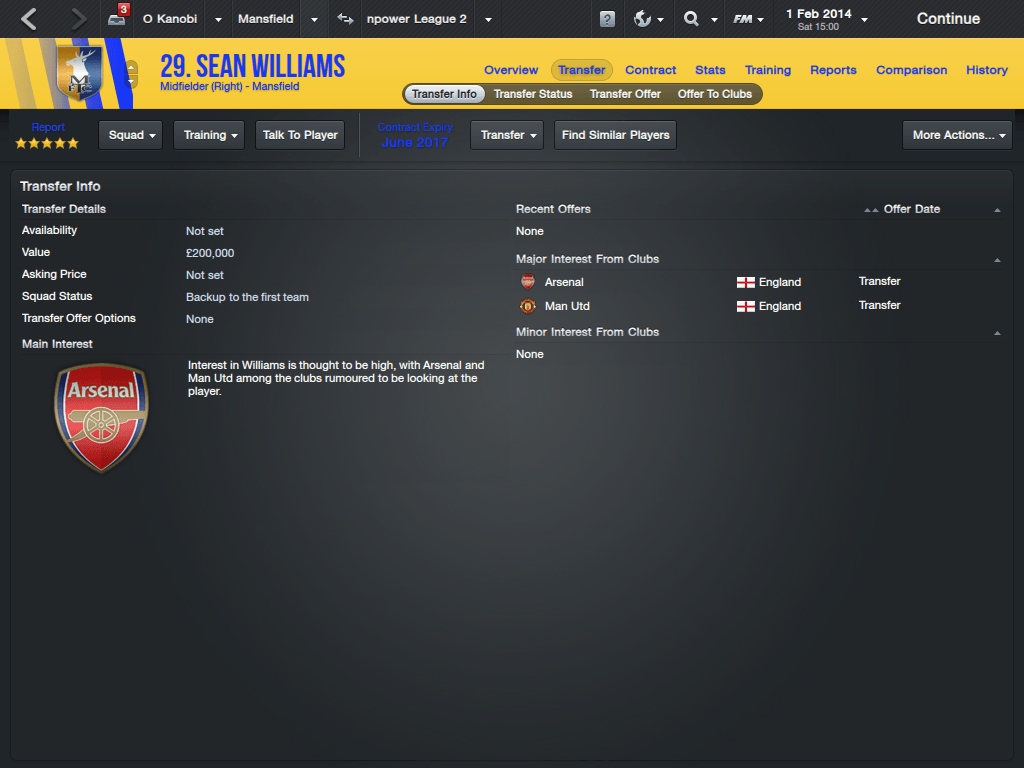 Will Mansfield be able to retain his services in the summer?

You are reading "Mansfield youth challenge".