olatangen
8 years
This is my first FM story, so please feel free to give som tips on things i could to better.
Login to Quote

I've chosen to manage Everton. I have updated the game, which means Moyes have gone to United and brought some of his staff from Everton. So I'm pretty much starting with a clean slate.

This is my story 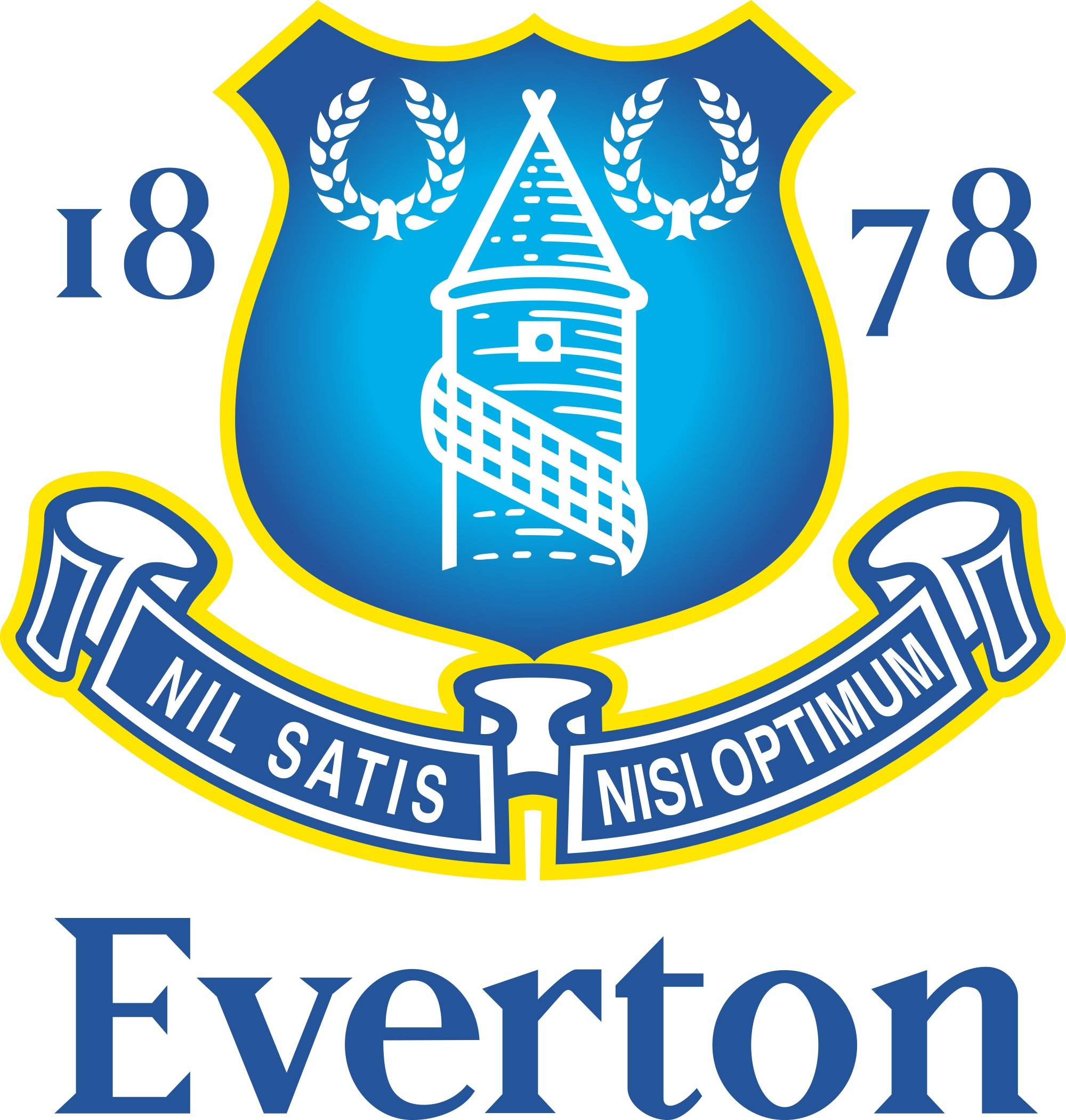 Everton Football Club is an English Premier League football club based in Liverpool. The club has competed in the top division for a record 110 seasons and have won the League Championship nine times.
Formed in 1878, Everton were founding members of The Football League in 1888 and won their first league championship two seasons later. Following four league titles and two FA Cup wins, Everton experienced a lull in the immediate post World War Two period until a revival in the 1960s which saw the club win two league championships and an FA Cup. The mid-1980s represented their most recent period of success, with two League Championship successes, an FA Cup, and the 1985 European Cup Winners' Cup. The club's most recent major trophy was the 1995 FA Cup. The club's supporters are known as Evertonians.
Everton have a rivalry with neighbours Liverpool F.C. and the two sides contest the Merseyside Derby. The club have been based at Goodison Park since 1892.
The club's home colours are royal blue and white. Everton player Dixie Dean scored a record 60 league goals in the 1927–28 season. This club has top training- and youth facilities, so everything is in order for both the first team, reserves, and U18s to reach their potential. This will also make it easier bringing in higher reputation players. 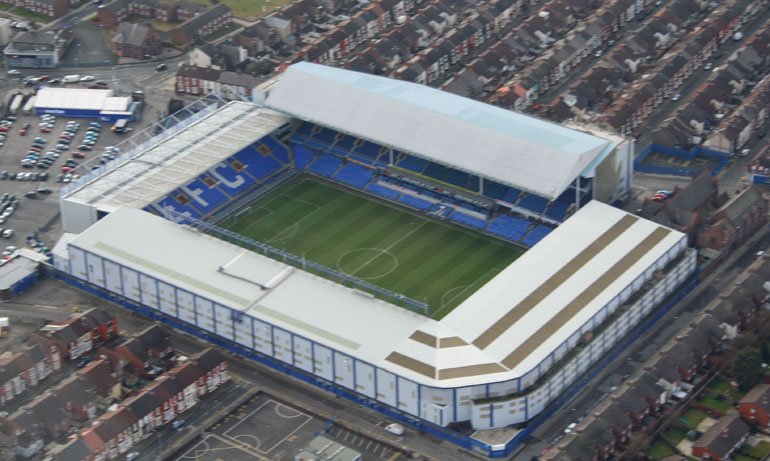 Caelis
8 years
Good luck
At least you still have Fellani for the moment i hope you can hold on to him but im affraid you won't
it seems in most saves he goes to man city or an other big england team. at the start of the 1st season.
1
Login to Quote


As David Moyes is departing for Machester United, Everton FC chairman Bill Kenwright has to many fans and experts surprise, chosen 36 year old Norwegian Ola Tangen to succeed Moyes at the club.

Tangen, who enjoyed a successfull career at Manchester United playing over 300 games for the Red Devils, has for the past two years been a part of Sir Alex Fergusons backroom staff. He had to leave the club however following the arrival of David Moyes. Eric Steele, Mike Phelan and Rene Meulensteen has also left the club. Ironically, Tangen will now take charge at Everton FC, Moyes's old club.

" Im very happy to be given the chance to manage a fantastic club like Everton. It's a club with great history and fantastic supporters, and I always enjoyed coming here as a player, and I hope to bring glory to the club in many years to come. To succeed someone like David Moyes will be a huge task, but I belive that I am the right man for the job. At last, I would like to thank everyone at Manchester United, especially Sir Alex for having faith in me both as a player, and coach."
Tangen said in a short statement.
He will take charge at Everton with immediate effect, and his first task will certainly be to convince midfielder Marrouane Fellaini to stay at the club.
Login to Quote

olatangen
8 years
Thank you Caelis! I actually sold him to PSG for 23m pounds.. to be able to free up funds to sign other players..
Login to Quote

I was handed a four year deal, and the board wanted me to achieve a top half finish in my first season.

The first thing on my agenda was to sort out my backroom staff, as Steve Round, Phil Neville, Chris Woods and Robbie Cooke had all followed Moyes to Man Utd.

Several of the staff members still at the club agreed to mutually terminate their contracts, as I wanted to bring in my own staff.

I chose to bring some of my old colleagues from Man Utd to Goodison.
Mike Phelan - Assistant manager 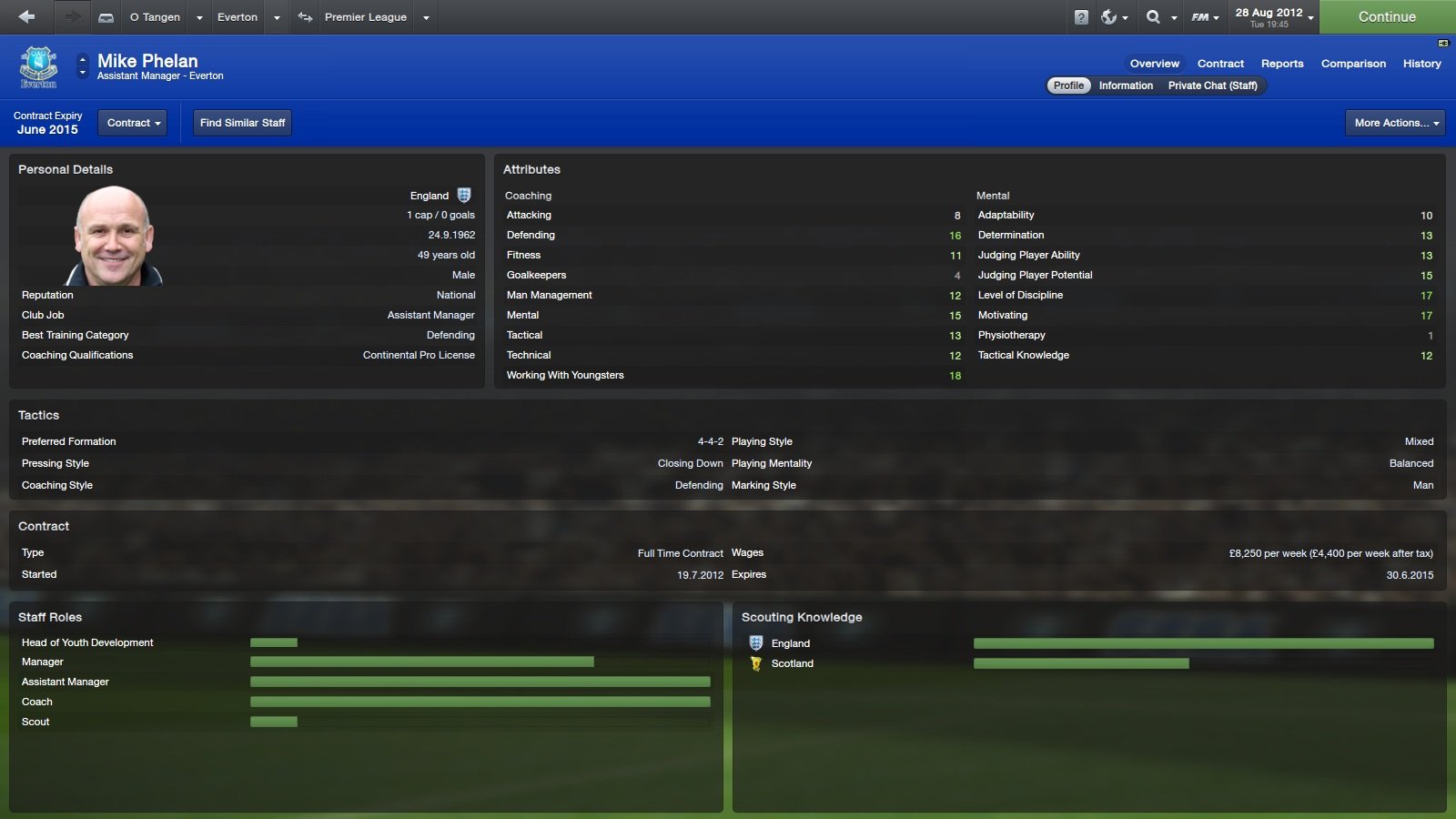 In addition to these i also signed:
Mike Rigg - First team coach 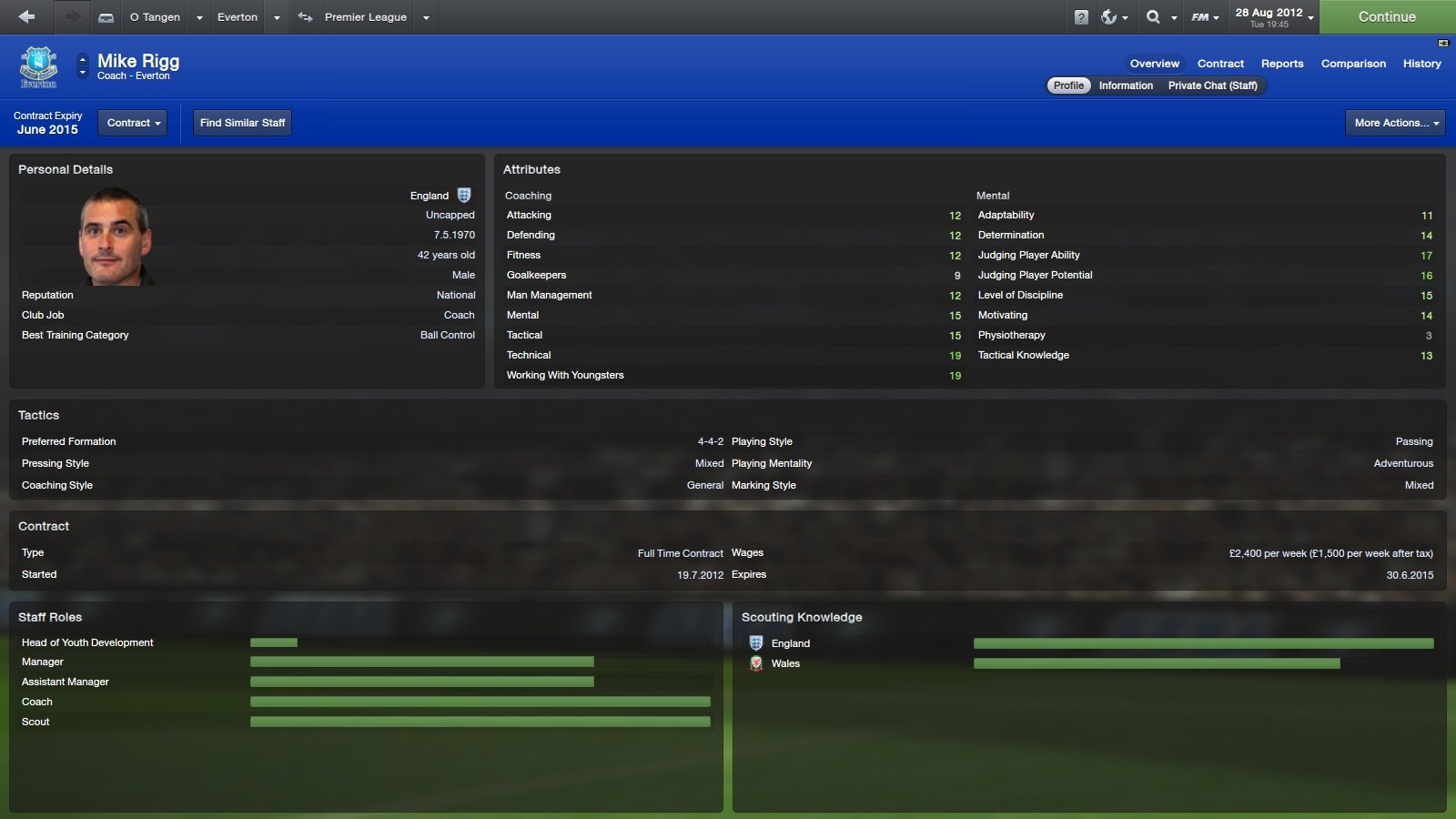 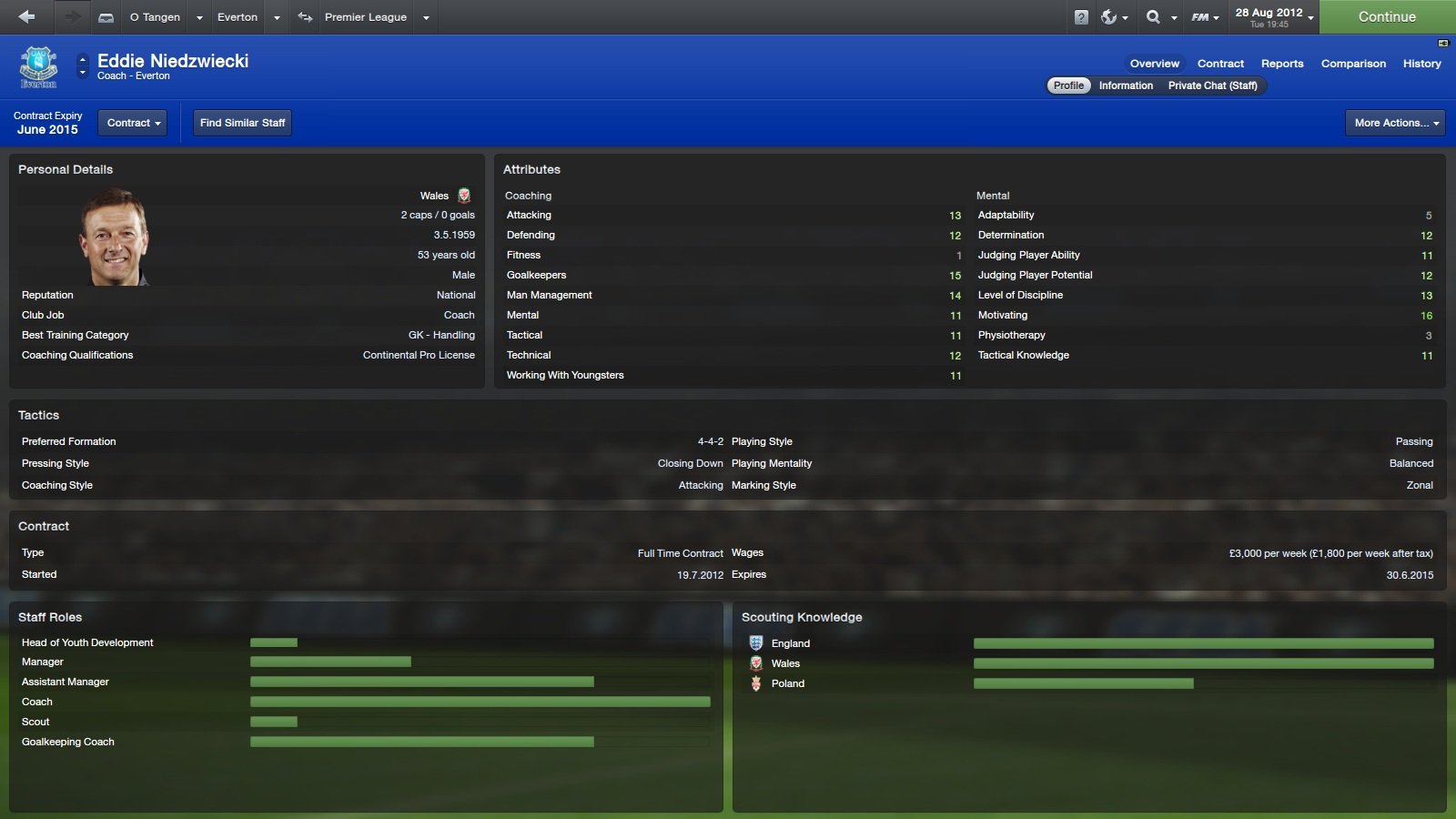 Caelis
8 years
i think if you read all the stories here you got e pretty good idea what young players are best buy in the game. as replacement for fellani you got hughes and mattheus or adryan or ....
1
Login to Quote


The second manner on my agenda was Marouane Fellaini.

Probably the best player in my team togheter with Leighton Baines, I chose to sell him to PSG when they made an offer of 23M£.
It was a tough decision to make but it freed up funds to sign other players to strenghten the team.

In addition to Fellaini, Anichebe and Vellios went out on loan, and backup goalie Jan Mucha was sold to newcastle for 1,2m£ 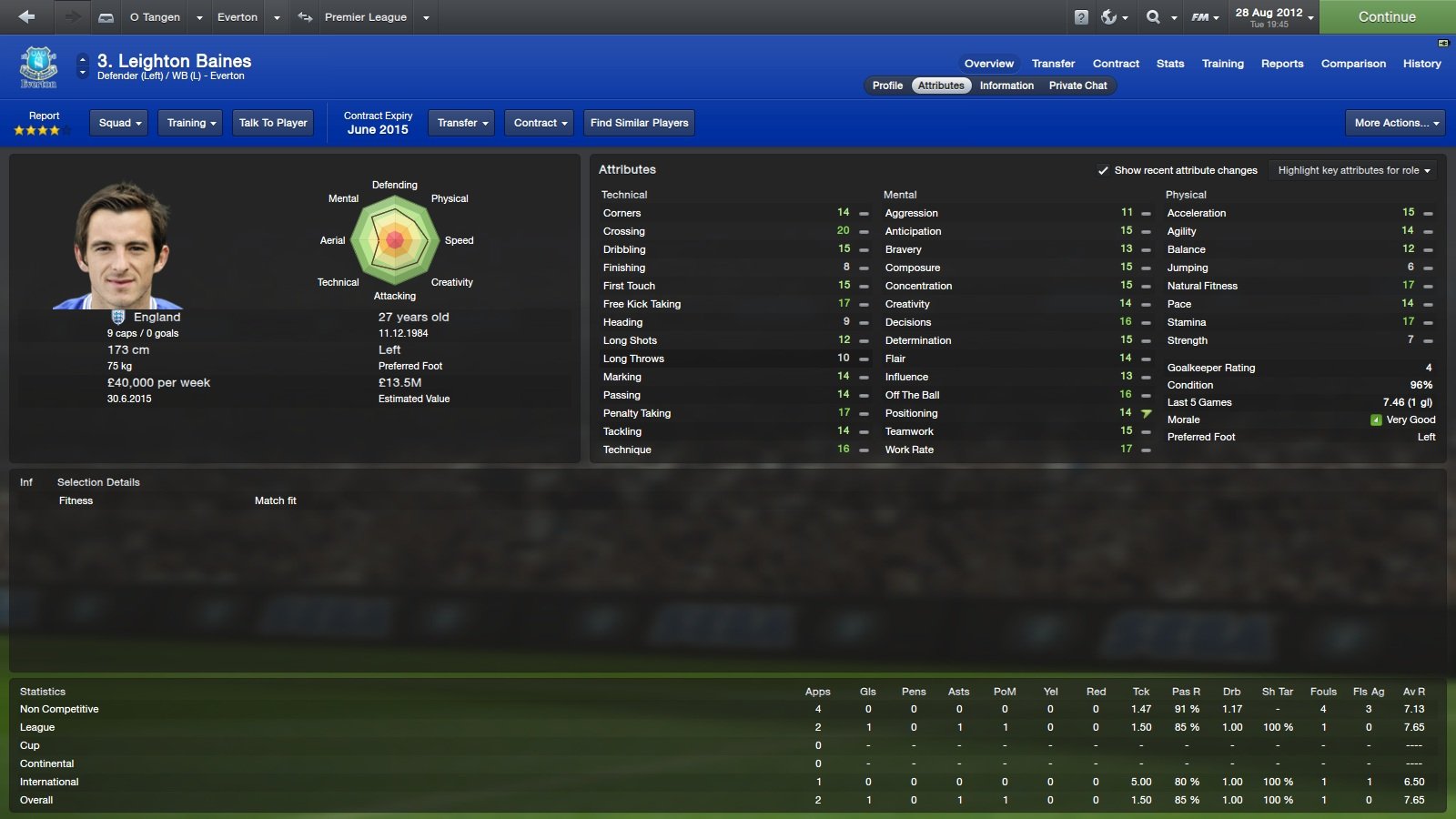 With 20m£ to spend I quickly started to scout for players who would strengthen my team.

I was looking for:


My First signing was Celta Vigo forward Iago Aspas, who had a 8,75m£* release clause.
A Fairly quick and very techninchal forward who will challenge Jelavic for front spot. 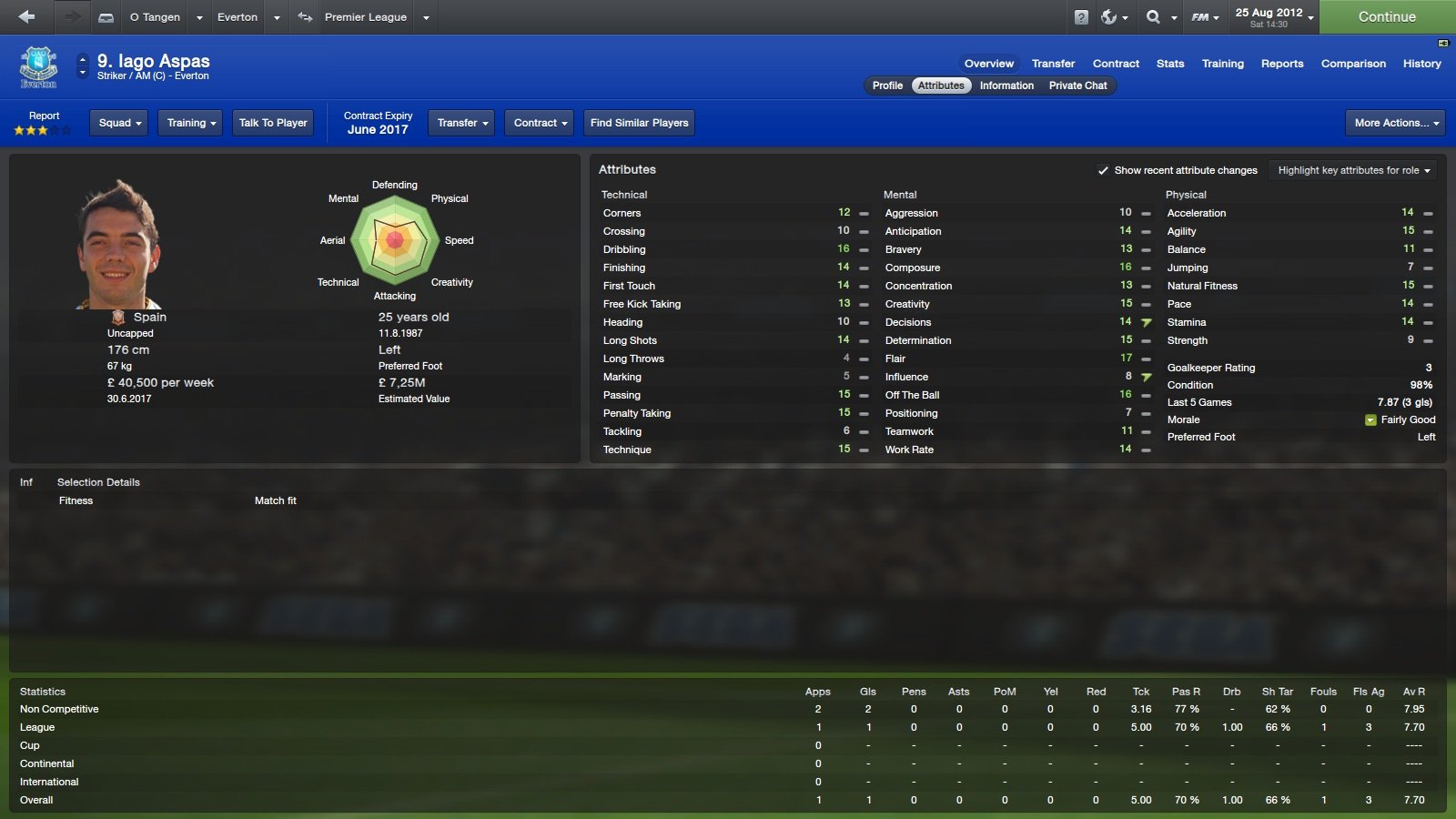 My second, and most expensive signing was Victor Wanyama from Celtic.
A hard working midfielder who I hope will fill the gap left by Fellaini, he joined for 12m£* I now had the money to bring in one more player, and like I said I wanted a left winger.
My third signing, and one that I was very surprised to conclude was Viktor Fischer from Ajax, who joined for 9,75m£* 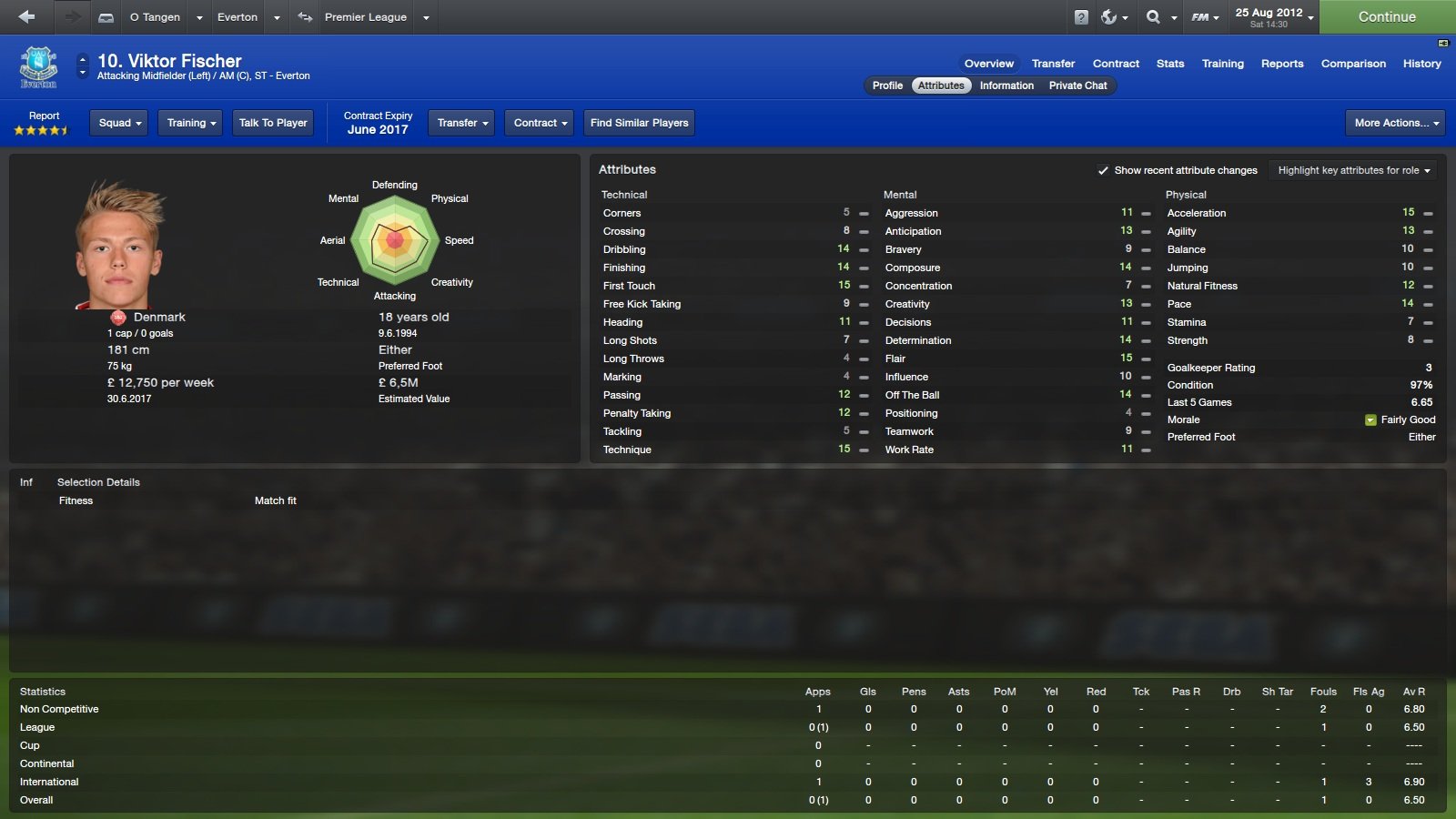 *All deals made with some down payments over 48 months.

My final signing was German goalkeeper Michael Rensing on a free transfer. Brought in as backup, but has the abilities to take the Nr.1 spot. 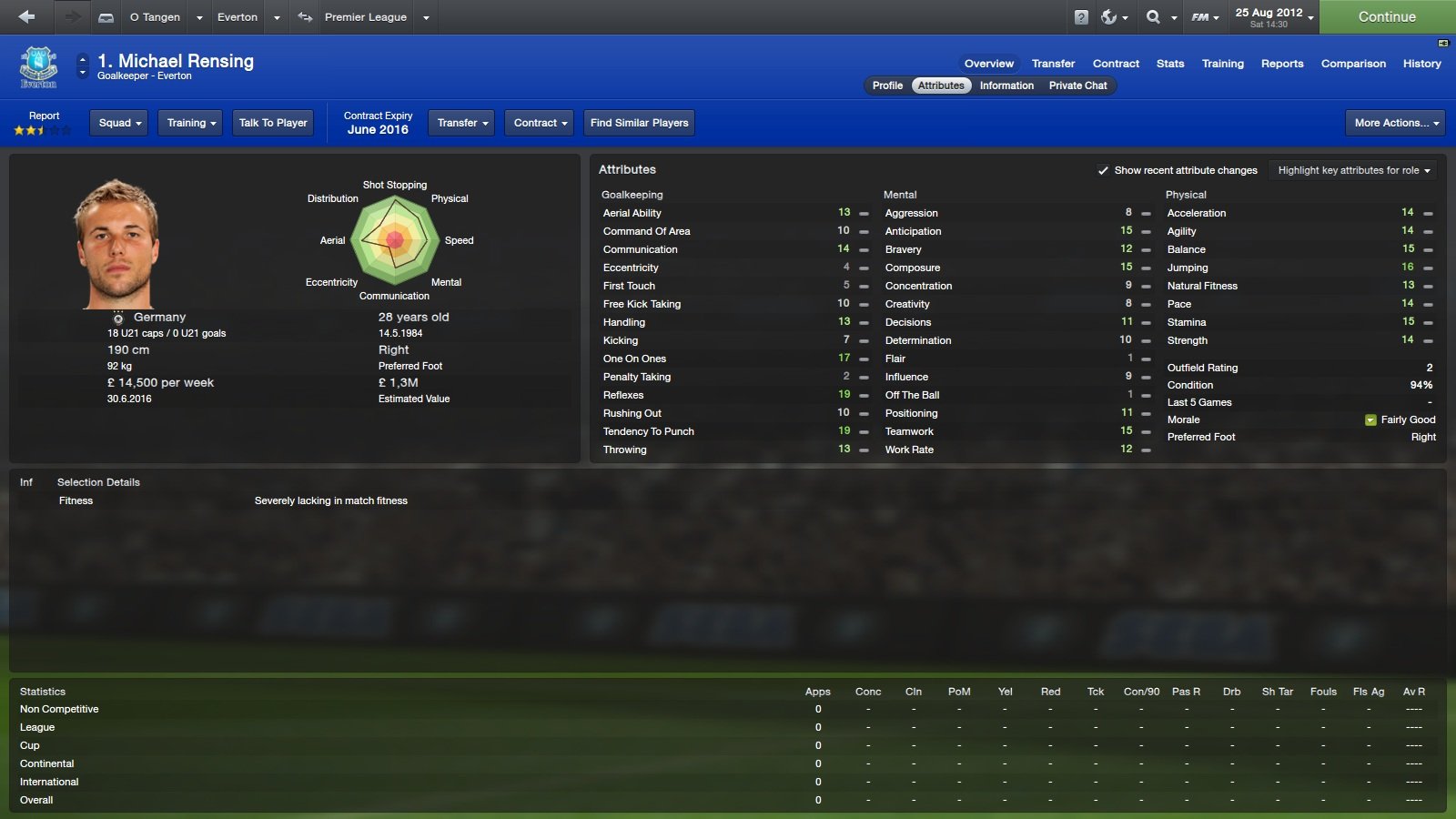 Overall I'm very happy with my signings, and I feel that the squad is more than capable of reaching a top half finish, which is expected from the board. Pre-season was good, and especially Wanyama and Aspas made instant impacts in their first friendlies.

The cup draw saw us get a home game against newly promoted Crystal Palace.

But first awaited Cardiff (A) and Hull (H) in the Premier League.
Login to Quote

olatangen
8 years
Thanks Caelis! I will look to do this!
cheers
Login to Quote


So my first game in managment was away to newly promoted Cardiff.

In a game we controlled we won 2-1 after two early goals from debutant Aspas, and right winger Mirallas. Don Cowie was able to pull one back in the second half but, we had no problem seeing it out.
A very good game from us, and we really should have killed it off in the second half, but Cardiff never really got close, and Don Cowies strike only proved to be a consolation goal. Our passing was really good and the possesion showed 61%-39% in favor us. Good start to the season!

Man of the Match: Victor Wanyama

You are reading "Everton FC - Big shoes to fill".