Okay so this is my first story, any feedback or criticisms (as long as they're constructive!) are more than welcome. In this story I will aim to take Bundesliga club FC Schalke 04 to glory and I want you lot to help me along the way. I want to leave a mark on the footballing world and win Schalke their first title in over 50 years. I am a bit of a noob when it comes to FM so I am gonna need all the help I can get!

I picked Schalke because they are a club who really intrigue me. I started following them during their 2010-11 Champions League Campaign. They had qualified after finishing second in the 2009-10 Bundesliga, but were struggling enormously in the league this season. Picked in a group that contained French giants Lyon, Portuguese Champions Benfica and Israeli powerhouse Hapoel Tel Aviv, Schalke were considered by few as group winners. But they won it. And they won it in style, with 3 convincing home wins and a win away to Benfica. In the first Knockout Round, Schalke drew Valencia, and won it following a superb comeback at home to Valencia. In the quarter finals, Schalke drew Inter, defending champions and conquerors of fellow Germans Bayern Munich in the last round.

Most expected an easy win for Inter, some predicted a walkover. And when Inter took the lead in the first minute thanks to and incredible half way line goal, it seemed as though that would happen. But Schalke fought valiantly and, with the scores level at two apiece in the first half, came away with an incredible 5-2 win at the San Siro.


Rounding off the tie in style with a second leg home win, Schalke would go on to lose to Manchester United in the semi finals, but it was the spirit, the ambition, the determination that won me over. This was a club languishing in the bottom half of the Bundesliga, and they had just hammered the European Champions on their own turf. Since then they have had mixed fortunes, losing to Galatasaray in the most recent Champions League competition, but I will always consider myself a fan after that one amazing night in Milan.

OK, so expect more later, for now, hope you enjoy! Oh and thanks to Toon for the name and the banner

Good luck the Bundesliga is a fun league to manage in!
1
Login to Quote

Toon
7 years
Good name. Wonder who came up with it ;).
1
Login to Quote


Jens Keller has been relieved of his duties as manager of Bundesliga club FC Schalke 04 with immediate effect, a source can confirm, after just 5 months in charge. While the reasoning behind the sacking can not be confirmed, it has been claimed that it was due to a dispute over transfer budgets, with Keller reportedly claiming the club - whom he helped qualify again for the Champions League next season - would not provide him with the appropriate transfer budget to match his ambition.
http://media2.ftbpro.com/post_image/image/399022/163507399.jpg

Keller becomes the fourth permanent manager to quit FC Schalke this decade, following the sackings of Felix Magath and Huub Stevens; and the resignation of Ralf Rangnick. The German club announced the news on their official website, stating "FC Schalke 04 regret to inform you that manager Jens Keller has been relieved of his first team duties with immediate effect. Everyone associated with Schalke would like to thank Mr. Keller for his services to the club over the past 5 months and we wish him all the very best in the future. Assistant manager Sven Hubscher will oversee the first team for the time being, and the club hope to announce a new manager within the next two days."

Bookies have placed German legend, and current USA coach Jurgen Klinsmann as favourite to take the managerial vacancy at 3/1. Former manager Felix Magath is placed at 5/1, with former Chelsea manager Roberto Di Matteo placed at 12/1. Others to be linked with the job are departing (and widely thought retiring) Bayern Munich manager Juup Heynckes at 20/1 and former Germany goalkeeper Oliver Kahn at 25/1.
Login to Quote

OnTheBallCityNCFC
7 years
Great start ! Will be following for sure!
1
Login to Quote

Ziechael
7 years
A promising start, keep up the good writing and i'll be back for more

Toon
7 years
Have a funny feeling it might be Di Matteo, the title gives me a bit of a hint.
1
Login to Quote


FC Schalke 04 have confirmed the appointment of former Germany and Bayern Munich legend Oliver Kahn as first team manager. Kahn, 43, was previously offered the vacant managerial position at Schalke in 2009 but turned it down. However, it seems as though the goalkeeper, who made over 800 appearances for club and country in a playing career spanning three decades, has had a change in heart.

This followed the sacking of previous manager Jens Keller yesterday after just over 5 months in charge, following a dispute over transfer budgets.

Schalke confirmed the news on their official website; " Today, FC Schalke 04 are pleased to announce that former German International Oliver Kahn has agreed to become our next first team manager, putting pen to paper on a 1 year deal. We have chosen Oliver because of his passion for German Football and his ambition to succeed. We speak for all of you in wishing him all the best during his time here"

Asked what style of football he would preach at a press conference after his first training session, Kahn said, " I spent 3 decades as a goalkeeper, and I know how important it is to have a quality defence. I will certainly be looking to play possession football. As a manager or a player, you would take a boring 1-0 win over a 9 goal thriller. As a fan, you just want to see goals. I want to get this team playing quality defensive football, and getting the goals when needed."

k1rups
7 years
Great start and nice to see you say why you chose this club to write about! Love Oliver Kahn so looking forward to this.
1
Login to Quote

Rablador
7 years
Thanks everyone for the positive feedback

I'm already well into October so expect a lot of posts over the next week, once I've written them

Glenn T
7 years
Fantastic start Rab, but the title is a bit too long, maybe you should modify it a little - just a suggestion.

Schalke turn into a powerhouse in 2017 in my save - but they are inconsistent. Maybe you can change that?

Schalke turn into a powerhouse in 2017 in my save - but they are inconsistent. Maybe you can change that?

Are you kidding? Who doesn't love puns xD
1
Login to Quote


It's July 1st, 2012. Oliver Kahn is sitting, alone in his office, pondering. There is a "DO NOT DISTURB" sign on the door. Nobody quite knows what he's doing in there. 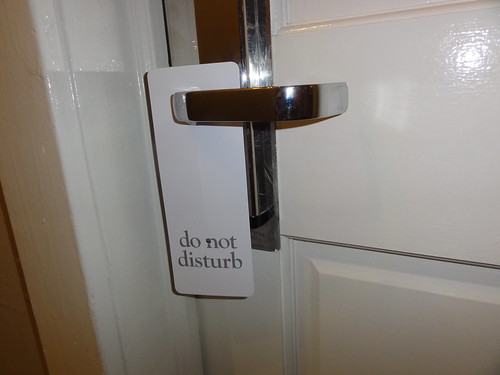 People walking past start to hear his voice, mumbling to himself. Julian Draxler is the first to realise that he is pondering on who to keep and who to sell. The players begin to gather, anxiously waiting outside the door for a mention of their name, and to hear their fate. The most nervous of them all are the club's three first team goalkeepers: Lars Unnerstall, Timo Hildebrand and Ralf Fahrmann, who is first to learn his fate.
"Ralf, what to do with Ralfy?" he hears, pressing his ear against the door, "I just don't think he has it. None of these goalies do. I want a world class goalie, a proven hero, someone like......me." The goalies knew this was coming. They knew Kahn would want someone really special.

And here he was

That signing had taken a giant chunk out of the clubs budget. There would be no more expensive deals. First we had to sell off some players.

Kahn was sad to see Ralf go so cheap, but it had to be done. Nobody would take him for any more and we needed the cash. Marica and Edu simply weren't up to Oliver's standards and were also sold off on cheaps. Obasi was loaned out at 80k a month and Werder Bremen will pay 60% of his wages. The rest are youngsters, loaned out for game time, while Pliatsikas left on a free.

With just 2 hours to go on deadline day, Oliver was again alone in his office, although the "DO NOT DISTURB" sign had gone. He was frantically bidding for loan deals. He was clearly frustrated, we had had two loan deals; Mattia De Sciglio and Mikel Balenziaga, had been cancelled due to lack of funds. He knew he had to sign somebody. A panic buy, if you will. And so he plumped for two free transfers, two international greats in their countries.

All in all, Kahn seemed happy with his transfer dealings. Now, he seemed to have a clear view of who would be in his plans for the coming season. But would it work out for him? Well, only time will tell.
Login to Quote

SuperFrankieLampard
7 years
It's a shame that Ospina cost so much..let's hope he proves he's worth that.
1
Login to Quote

You are reading "Khan we do it? Yes we Khan! - Storming the Bundesliga".