Manchester City have appointed unproven Shaun Goater as their new manager on a one-year deal.

"I am very happy and very satisfied for having committed to a great club with an illustrious heritage like Manchester City," said Bermudian Goater.

It's come as a shock to most of the City fans with the appointment of such a unproven manager and many are questioning why they sacked Mancini to appoint a ex-player who's never been in management. 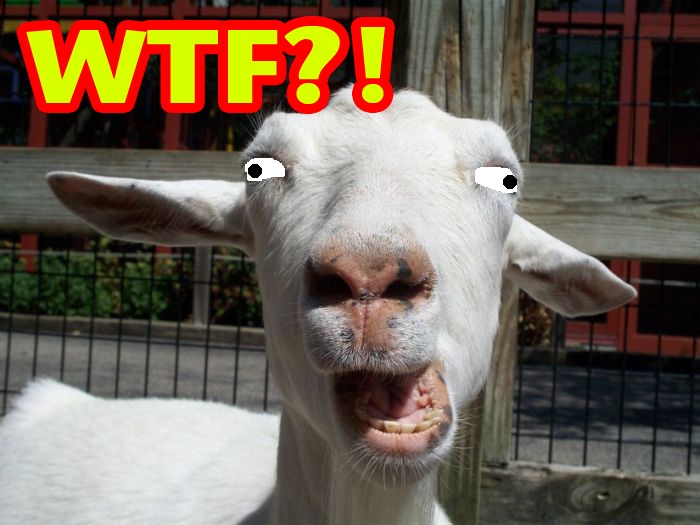 Manchester City manager today stated in a press conference he is to sue a website under the name bleacherrport.com after they had published a article on the "Top 100 Ugliest People In Sport" and Shaun Goater came in at the 40th ugliest person.

"I just cannot believe people would actually publish this. We all have emotions and feelings and it just isn't on. I don't know if I'm annoyed more at the actual list or the fact they've said Wayne Rooney is better looking than me" Strong words from Manchester City manager Shaun Goater which could probably cause a stir with Manchester Uniteds Wayne Rooney.

The article can be found here http://bleacherreport.com/articles/1120056-the-100-ugliest-people-in-sports

TCO
9 years
Before I read that I was about to comment 'Dayum he's one ugly mofo' Turns out I better not;)
Login to Quote

Manchester City Football Club is an English Premier League football club based in Manchester. Founded in 1880 as St. Mark's (West Gorton), they became Ardwick Association Football Club in 1887 and Manchester City in 1894. The club has played at the City of Manchester Stadium since 2003, having played at Maine Road from 1923. The club's most successful period was in the late 1960s and early 1970s when they won the League Championship, FA Cup, League Cup and European Cup Winners' Cup under the management team of Joe Mercer and Malcolm Allison.

Manchester City's stadium is the City of Manchester Stadium, also known as Eastlands and the Etihad Stadium since July 2011 because of sponsorship commitments. The stadium is situated in East Manchester and is part of a 200-year operating lease from Manchester City Council after the 2002 Commonwealth Games. The stadium has been City's home since the end of the 2002–03 season, when the club moved from Maine Road. Before moving to the stadium, Manchester City spent in excess of £30 million to convert it to football use. The field of play was lowered by several metres, adding an additional tier of seating around the entire pitch. A new North Stand was also built.

**Thanks to Okikos for the kits**

Challenge for the title

shylax
9 years
That's a lot of dosh to throw around, and one really hot seat to take over, people are going to demand results. You can do it though!
Login to Quote

Jamesg237
9 years
A brilliant start to the story and an interesting choice of which player you will be becoming. Good luck for the coming season. Are you going to focus on youth players or carry on the huge name signings as Mancini did?
Login to Quote

Kane
9 years
A brilliant start mate, keep it up! I like the inclusion of the article, very cheeky! ;P
Login to Quote

k1rups: Hopefully i can do!

Robert Lewandowski, 24 today joined Manchester City after both clubs agreed a £28.5m deal which will keep Lewandowski at City until 2016 on a £130k per week contract.

Lewandowski will more than likely pair up with Sergio Augero next season due to speculation that Edin Dzeko and Carlos Tevez could be on there way out of Manchester City. Lewandowski started his career at Delta Warsaw and it's unknown how many appearances he made for them he was noticed by Dortmund at club called Lech Poznan where between 2008-2010 he scored 32 goals in 58 appearances.

Shaun Goater is extremely excited to bring Robert into the Premier League and believes he could be a future star and also a fans favorite in the coming years.

You are reading "Manchester City - Feed The Goat".