09/06/13: Villarreal promoted back to the top division in Spain

Former Champions League semi-finalists Villarreal have been promoted back to the top flight in Spain at the first time of asking after they beat promotion rivals Almeria 1-0.
Segunda Division 2012-13


The sides were level on points lying in second and third in the second division before kick-off, with the winner guaranteed promotion to La Liga.
Jonathan Pereira's goal was enough for Villarreal to take second spot and promotion behind champions Elche.
Almeria will now go into the play-offs.
The Andalusians will face Las Palmas in a two-legged tie with Girona playing Alcorcon in the other play-off semi-final.
Villarreal were relegated last season, and their campaign to come straight back up had suffered a tragic start, as new coach Manuel Preciado died from a heart attack on the very same day in June 2012 that he was appointed.


Win the league at the first attempt and do better than the current side.
In the first season earn european qualification.
Within 5 years of being in La Liga win the league and Champions League.
Within 10 years when every trophy available and have an international trophy to my name
Login to Quote 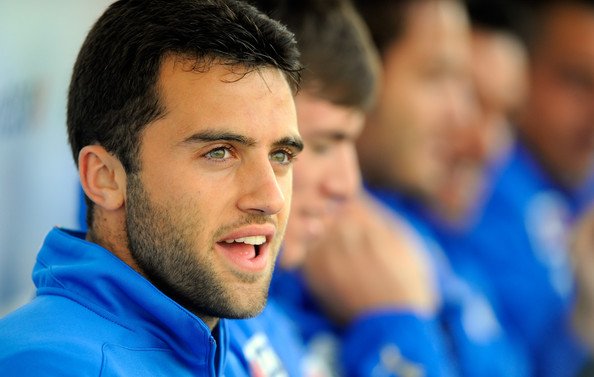 There are sensational reports that Giuseppe Rossi is on the verge of joining Fiorentina, though he won’t be fit until mid-March.

The Italian international hasn’t played in over a year after twice snapping the same knee ligament while at Villarreal.

According to Sky Sport Italia this evening, the negotiations with Fiorentina are at a very advanced stage for €10m plus €6m in bonuses for goals and appearances.

‘Pepito’ Rossi could even be in the stands for Sunday’s game against Pescara at the Stadio Artemio Franchi.

"Many of you have asked me about Rossi going to Fiorentina. I'll just say Giuseppe would gladly go to play there. Work in progress..." wrote agent Federico Pastorello on Twitter.

He underwent surgery in October, so will not be fit to play until at least mid-March, but is considered a valuable prospect for the future.

After all, Rossi won’t turn 26 until next month and has already played for Manchester United, Newcastle United, Parma and Villarreal.
Login to Quote


Villarreal have today released their new kits for the new season and have agreed a deal with Coca Cola to sponsor their kit for the next 4 years and are set to develop more whackier kits as the seasons go on. 
Villarreal have today announced that veteran player Marcos Senna will take over as player manager.
Born in São Paulo, Senna began his career with Rio Branco Esporte Clube. After playing for a number of different Brazilian clubs early in his career, he moved to Spanish side Villarreal CF in 2002, from Associação Desportiva São Caetano. After a slow start (only 25 La Liga appearances in his first two seasons combined) he became an undisputed starter, helping the club reach as far as the UEFA Champions League semi-finals in 2005–06; eventually, he also gained the club captaincy.
On 27 April 2008, Senna scored a goal from inside the centre circle against Real Betis that he deemed "the best goal of my life".That season, as the player netted a further three times, in a total of 33 matches, Villarreal finished a club-best second, to champions Real Madrid.
After nearly two seasons marred with physical problems,]35-year old Senna returned to full fitness for 2011–12, as the Valencian Community side's playmaker. On 21 March 2012 he scored from a free kick for the 83rd-minute home equalizer against Real Madrid (1–1),but his team would be eventually relegated after a twelve-year stay in the top level.

Senna was granted Spanish citizenship in early 2006 and was part of the Spanish squad for the 2006 FIFA World Cup and UEFA Euro 2008. His debut came on 1 March in a friendly match with Côte d'Ivoire, played in Valladolid.
In the quarter-finals of the latter competition, Senna scored the third of Spain's four converted penalties, which resulted in the nation progressing to the semifinals at the expense of Italy, winning 4–2 in the shootout. He played the full duration of the final – a 1–0 win over Germany – and was named in UEFA's squad for the competition.Some pundits and journalists also named Senna as their player of the tournament.
Senna's first international goal came against Armenia on 10 September 2008, a 4–0 win in the 2010 FIFA World Cup qualifying campaign.On 20 May 2010, after an irregular season with Villarreal, with several physical problems, the 33-year old was left out of Spain's final 23-man squad, with FC Barcelona's Sergio Busquets starting in his place as the national team went on to win the FIFA World Cup in South Africa.
Login to Quote


The Villarreal board have given Marcos senna 12 Million Euros this summer to get them back to La Liga at the first attempt and they are the bookies favourites at 5/4 with Elche 7/2 and Almeria 15/2.

The club has asked Senna to move on its older stars and focus on youth and keeping the squad hav an average age of 27 meaning players such as Javi Ventra ,Melberg ,Farinos,Camunas and Juanma will have to move onto new clubs.

TheStyleR
9 years
I love Villareal! Good luck with the rising!
Login to Quote


Preseason was a very much average affair drawing 0-0 with Celtic being beaten 2-0 by Madrid and drawing 1-1 with Mallorca.

However Senna has bought wisely bringing in two players so far:

Antonio Adán Garrido is a goalkeeper of Real Madrid C.F. Antonio was born on May 13, 1987 in Madrid, Spain.

Adán is an alumnus of the Real Madrid academy. The Spanish footballer began playing for the club’s third team in 2005 and in 2006 he joined the main squad for a tour around USA.

On December 8, 2010, Garrido played for Real Madrid main squad in the match versus AJ Auxerre when he substituted the injured Jerzy Dudek.
On February 13, 2011, Garrido played in the match versus RCD Espanyol when he substituted Iker Casillas on the second minute. On the next match day Adán was on the starting line-up and played 90 minutes versus Levante UD. Also Garrido is the champion of the 2006 UEFA U19 Championship.

Bought from Barcelona who fended off Manchester City and PSG to acquire the 16 year old , Munir is set to be a player for the future and has been dubbed the next Chamakh
Login to Quote


It was 2 AM in the morning I had just got back from the office , trying to sell our veterans loan out our 18 youngsters and buy a new striker and a defender. That was my first ever transfer window and I am happy with our dealings but they could of been better. The one transfer I wanted most was the return of Diego Forlan who is now at Independite , getting arguably the clubs best ever player back would of given us great confidence and got the fans on my side. They didn't doubt my playing ability but I had been told about a section of fans wanting a more experienced proven manager such as Rafa Benitez or Roberto Martinez , the truth is as a Liga Adelante club we can't attract the players staff and sponsors as teams such as Madrid, Athletico Bilbao etc.

This was the down fall of many transfers I tried to do , such as Facundo Ferreryra from Velez a 7.75 Million Euro deal was agreed and his agent had said that he'd like 45 K pw , a Salary we could afford to pay but when speaking to Facundo himself he said he'd rather sign for Wigan Athletic than a second division club, this had followed similar talks with Goran Torje and Aiden McGeady . My next target was Gary Hooper , who was one of the politest and most caring guys I had ever spoke to , he didn't need around and simply said " My family and I are settled here , Villarreal ate a great club and it would be a privilege but in the current period I can't join but best of luck for the season".

At this time it was getting close to 4PM and we still hadn't replaced Rossi Nilmar and Rodriguez ,so I made a bold and brave bid for teenage French wonder kid Kurt Zouma who was wanted by nine other clubs ; PSG , Barcelona , Real , Manchester City , Manchester United, Chelsea , Dortmund , Bayern and Juventus. We paid 8.75 Million Euros for the tall defender , but we secured one of the hottest deals that summer and he is on a measly 15K a week for 5 years.

Hopefully when we go up next year we can start to attract those bigger names and push for Europe. I attended the recent reserves game about Elche II and non of our players are good enough for La Liga and will all be sold or let go on a free transfer next year. If we go up we will need a world class striker and hopefully we can attract an international goal scorer such as Raul , Torres or Negredo.

Deleted
9 years
good start. Zouma is a top player on FM. Hopefully you stick to this story

Okikos
9 years
Good luck! Zouma is a coup for that price and wage.
Login to Quote