This is my attempt at a new story. Unfortunately my Peter Schmeichel save is lost

so i thought i'd give chelsea a go with pr0's update This story will be long lasting as chelsea have an insane youth team!


Nothing to show! xD


Chelsea are a team i don't really like in real life

However on football manager they have some great players, great facilities, a heap of cash and an insane youth side. I feel i can make them the best team in Europe in a few years

Kerry Dixon. A Chelsea legend. 3rd all time top goal scorer for the club behind Bobby Tambling and Frank Lampard.
Over nine seasons between 1983 and 1992, Kerry Dixon became one of the best loved players ever to appear for Chelsea.

Kerry joined from Reading for £175,000 as the team was rebuilt following near relegation to the Third Division and he made an immediate impact scoring twice as promotion favourites were beaten 5-0 on the opening day. Kerry scored 34 goals that year as the club claimed the Second Division title.

In his first season in the top flight Kerry scored 36 goals to win the Golden Boot and take his Chelsea tally to 70 in just 101 games, earning a call up to the England squad in the process.

A serious muscle injury in January 1986 slowed Kerry's progress though and he was never the same player again. He almost left the club as the team was slowly broken up and relegation followed in 1988. Ironically, this helped to rekindle some of his earlier form and Kerry totalled 25 league goals as he won the Second Division title for the second time. Back in the First Division he scored 26 as we finished fifth, our highest position since 1970.

Two poor seasons followed though, and he joined Southampton in 1992, with 193 Chelsea goals to his name, tantalisingly just nine goals short of Bobby Tambling's record.

Arvind
7 years
Never heard of the guy, but then again I don't know much about Chelsea pre-Roman!
Login to Quote

OnTheBallCityNCFC
7 years
Thanks everyone for the comments. It really is appreciated!
Login to Quote 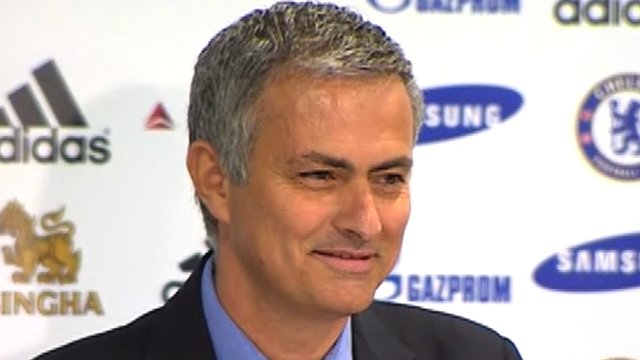 Jose Mourinho recently joined Chelsea from Real Madrid. Mourinho has said a lot how happy he is to be at Chelsea and recently named himself 'The Happy One'. No one is certain of the reason Mourinho left but it is rumoured he had a large argument with Abramovich over signings. Mourinho felt Abramovich was interfering too much with manager affairs.

The fans and players alike are disappointed as there was a good sense of hope that Mourinho would re create his title winning years. There are protests around Stamford Bridge about the way their oil rich owner handles the club and many want change.

The race is hotting up for the new managerial position with the favourite being Micheal Laudrup, then Carlo Ancelotti and some rumours suggesting Frank Lampard!
Login to Quote

Arvind
7 years
NO THO WHY DID YOU HAVE TO LEAVE?! 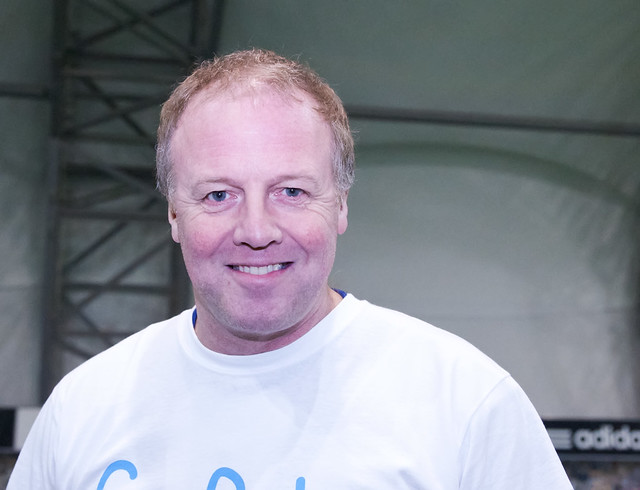 The Chelsea legend, Kerry Dixon, has been appointed Chelsea manager. With no previous managerial experience the appointment has surprised the fans and public. However the appointment has been greeted with great pleasure by some as Abramovich has appointed a 'True Chelsea manager' for once. Chelsea is in Kerry Dixon's blood and he wants to hit the ground running with some good results.

"I am very happy to be given this opportunity and I will put my heart and soul into this club. I feel this club needs to take that step to be within the fight for the Premier League title. We have a fantastic youth side and resources to build a future at Chelsea FC"

Deleted
7 years
How times change! He looks like a completely different person
Login to Quote

I know. Shows what old age does to you xD
Login to Quote

You are reading "Chelsea FC - A Kerry Dixon Story".