December got us all into a great mood and we had a very good month going unbeaten in the league, I think part of this was mainly because Samara my wife had spent more time Christmas shopping and I had more time to concentrate on devising tactics and different drills on the training pitch. We have now moved to using a 4-2-3-1 that can become a 4-5-1 or a 4-3-3 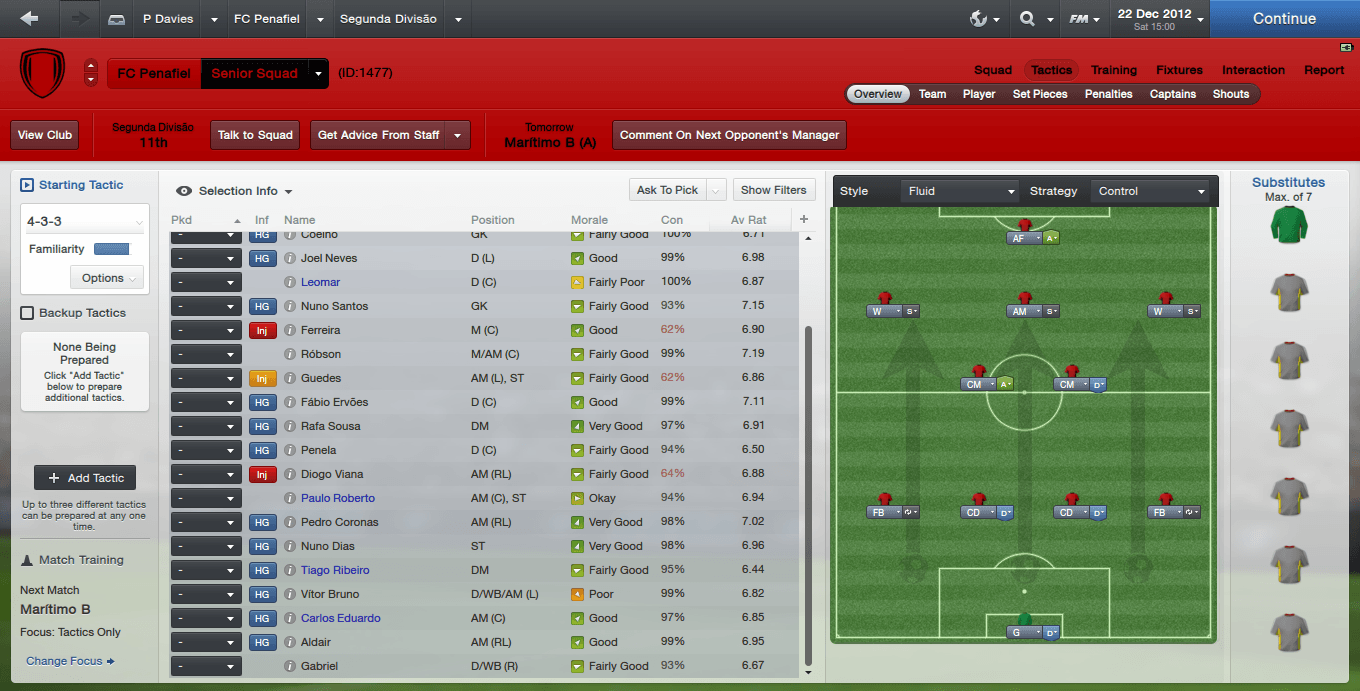 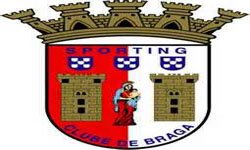 We started the month with an away trip SC Braga B looking to correct our misfortunes on the pitch we fell behind to a Joao Pedro goal early on, but we held tight and Pedro Coronas scored us an equaliser and 4 minutes later Ferreira took a stunning penalty sending the keeper in the opposite direction we went into the break at half time 2-1 up. After the break we had another penalty but this Ferreira hit the post but Carlos Eduardo was the quickest to react and made it 3-1 and in the final minute of injury time Nuno Dias hit us a fourth and we had 4-1 a very comfortable win. 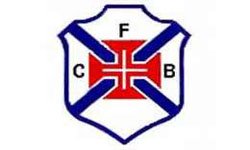 We knew we had 2 home matches coming up so I made sure we focused on defense as I wanted to make Estadio 25 De Abril a fortress. We won the first match 2-0 against CFO Belenenses with goals coming in the first half from Rafa Sousa and Aldair we held firm and defended tight not giving the opposition a sniff and kept a clean sheet for the first time in 6 matches. 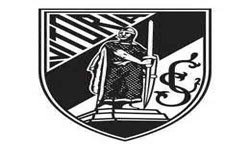 The second home match was against Vit. Guimares B to which we looked like we played a higher division football we outclassed them everywhere on the pitch right from the first whistle winning 3-0, I Gave Carlos Eduardo the nod over Robson due to Robson having been struggling for fitness this week, he repayed me the favour with a goal either side of half-time. Vice Captain Rafa Sousa got the 3rd goal at around the 75th minute with a top quality free-kick from the edge of the area. 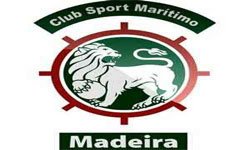 Our last match before Christmas was against Maritimo B, it was tight and cagey match with both teams looking like they did not want to get injured for Christmas day, A fine goal from defensive midfielder Sergio Organista was the only goal of the game it had came from a half chance from about 30 yards out leaving the Maritimo keeper stranded. We held out and won 1-0.


Christmas Eve we flew back home to Gloucestershire and stayed with my parents for Christmas Day, it was nice but I was feeling guilty as I missed my team and was really missing Portugal I couldn’t wait for Christmas to be over so we could fly back.

Ou last match of 2012 was in the Taca Da Liga against a very strong Braga team we were drawn in group c for the third phase of this cup. Things couldn’t have started any worse and I thought we would be on a hiding to nothing when Maria Lucas scored in the fourth minute but we held firm and did ourselves proud and managed to get an equaliser in the 78th minute from Nuno Dias, we looked like we going to hold on for a very impressive 1-1 draw but Carlao managed to get SC Brage a winner in the first minute of injury time. But all in all a 2-1 loss away to Braga is very good and we left with our heads held high.

We find ourselves now after a very good month 10th in La Segunda Divisao only 7 points off a promotion place long may our form continue. I even managed to win Manager Of The Month for December my first ever award in football I am proud of how far I have come in the last 12 months. 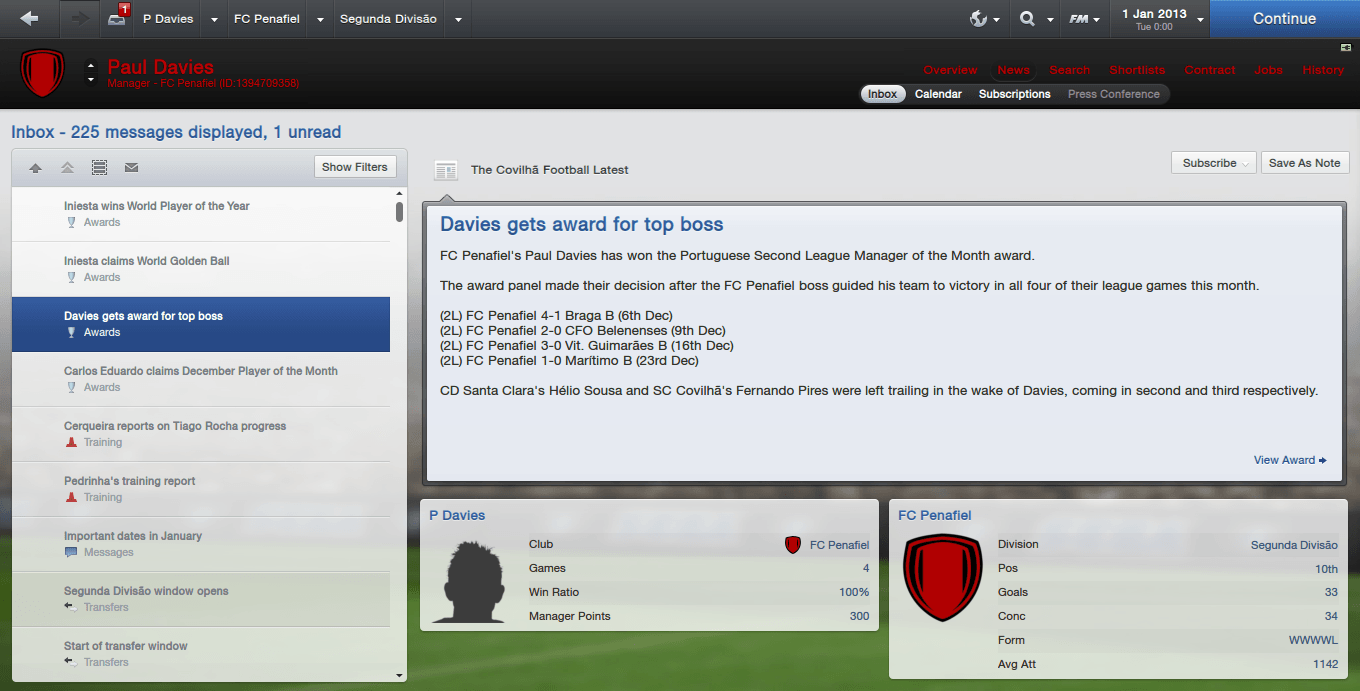 For New Year Samara and I thought it would be nice to venture into Lisbon the celebrations were fantastic and we had an amazing night. 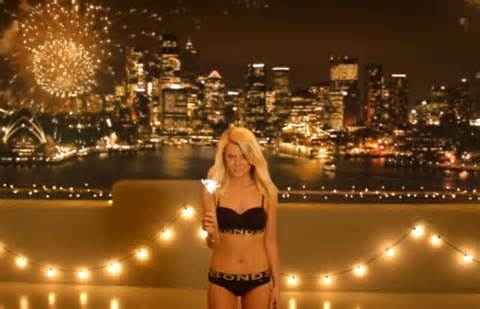 Samara on the balcony of the hotel in Lisbon 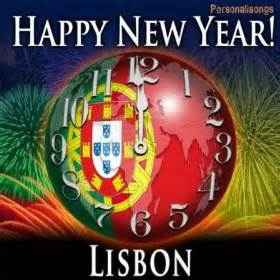 Rablador
9 years
Great results there and a fantastic signing

With Christmas and new year out of the way is back to football and how welcome it was, out first thing to concentrate on was the Taca Da Liga, where we had been drawn in a group with 3 Liga Zon Sagres team all 3 in the league above. The target I set out to the team was to play each game with pride and finish the tournament holding our heads high. The teams were Maritimo, SC Braga and Academica we had already lost in the last minutes of the game against SC Braga and we were now up against. 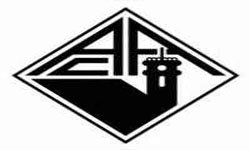 We played well against Academica and drew 1- 1 Salim Cisse scored the visitors in the 86th minute, I couldn’t believe we were going to lose again in the final stages of the match but in all due credit to the lads we equalised straight from kick off with Guedes taking on 3 defenders and putting away the finish too.

We also played well against Maritimo after going behind to an early goal from their star striker Suk and just before half time Olberdamn doubled their lead but in the 83rd minute our form striker Nuno Dias got us a goal back. 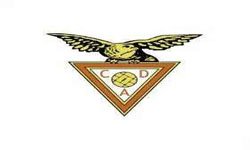 We then faced CD Aves in the league straight after to which we lost 1-0 to an Edson goal in a pretty drab and dire match. But after I got home that Samara came in crying, I asked her what was up she then explained that Mr Texeira had tried it on with her. I went into the office to where I confronted Mr Texeira and we argued for about 30 minutes to which I ended up just about managing to control myself from hitting him and quit he said we were to leave the apartment we were renting from him Luckily we hadn’t managed to sell our house back in England. 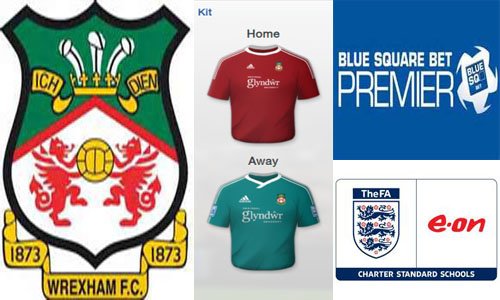 Whilst I was unemployed I applied for the managers role at several clubs including:- FC ST Pauli, Exeter City, De Graafschap, Boston United before I was finally offered a job at Wrexham FC. 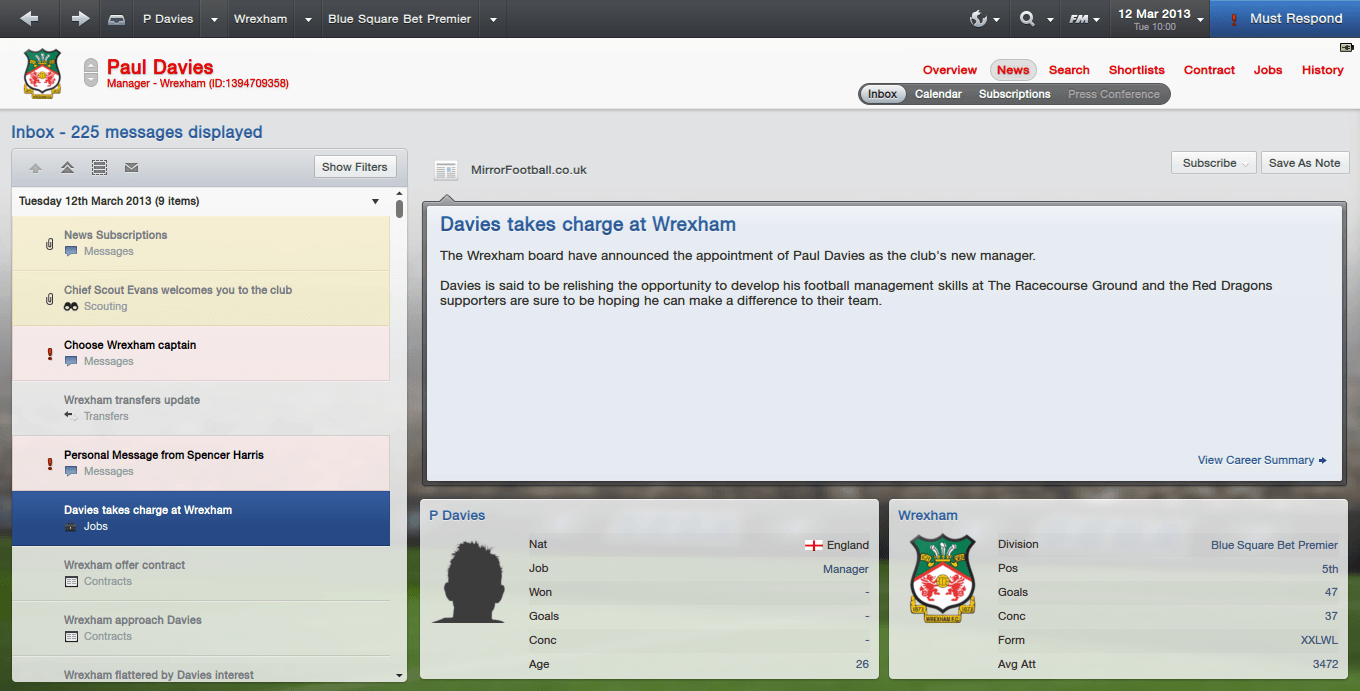 I have signed a 1 year contract at £625pw it is less than what I was on in Portugal but Samara and I agreed it was the right step forwards to progress my career. We will be moving to Wrexham and have put our house back in Gloucester back up for sale.


Wrexham Fc affectionately known as “The Red Devils” by their fans currently play their home games at The Race Course Stadium. The club colours are Red for home games and Blue for away. The Red Devils currently play in the Blue Square Premier League and are in 5th place when I take over this is a good standing as I believe we can push on gain promotion even though they have only 1 of their last 9 games before my arrival. There are 7 games including 4 matches against teams that will be also trying to finish in the play-off positions. 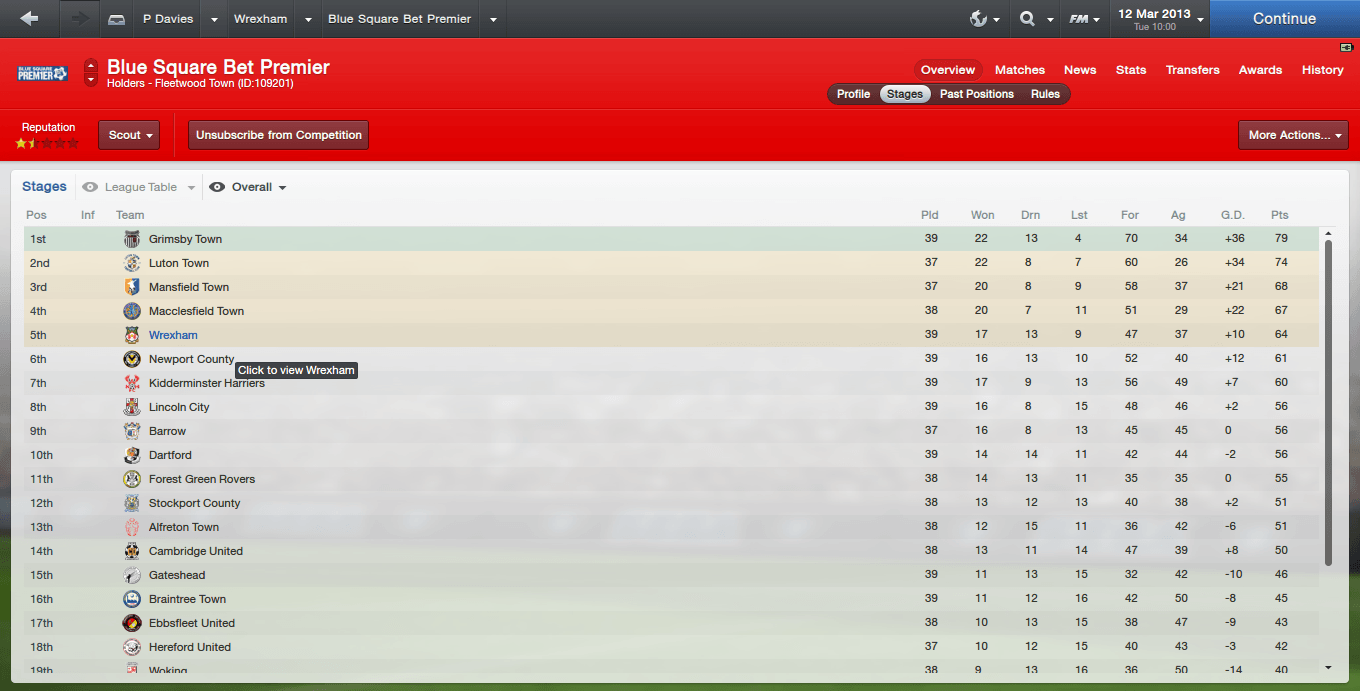 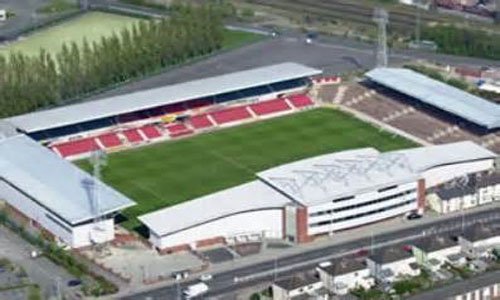 I will get back to you once the league has now completed to let you know how Samara and I are settling into Wrexham and of course how it all ends up.
Login to Quote

Glenn T
9 years
I wouldn't blame Mr Texeira, I would get it on with your wife too

Good Morning Everyone,
Me and Samara Have settled in well to life in Wales and we are so glad we came back it’s nice to pop to the local shop and people actually know what we are saying. Wrexham has been good to us so far and Samar gets on well with some of the players’ wives, which is nice because I think she felt like I was the only one she could talk to in Portugal.

On football terms Wrexham FC haven’t done too badly and we have managed to get ourselves a play-off place for getting promoted to league football. It was touch and go and we only got in because we beat Kidderminster Harriers the only team who could take our place away from us in penultimate game of the season leaving ourselves with the objective on not losing on the final day of the season and we were there. We did lose to Mansfield on the final day but all was well as Kidderminster lost 2-0 at home to Stockport County.

But first things first I looked at the squad on the very training session and decided the squad needed strengthening and there was still a week left for me to bring in any loan signings or free transfers. So I went ahead and explored the market extensively. I have managed to bring in 3 keys players to the team. The first was former Premier League captain and Dutch international Mario Melchiot to help bolster the defence and give them a bit of leadership and guidance. 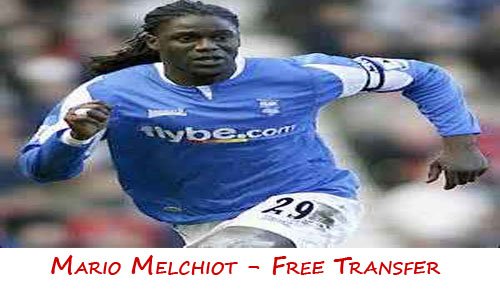 The second Signing I made was Derek Riordan who at 30 years old was a real coup with having Champions League experience and being a Scottish International. The cutting edge in front of goal that I felt we were lacking. 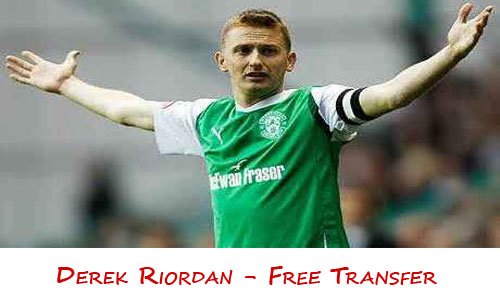 The third signing I made was to bring in former Real Madrid and Liverpool winger Gerardo Bruna on loan from Blackpool FC to add the flair and creativity that the aging squad was severely lacking. 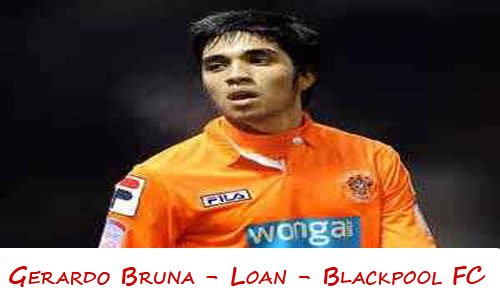 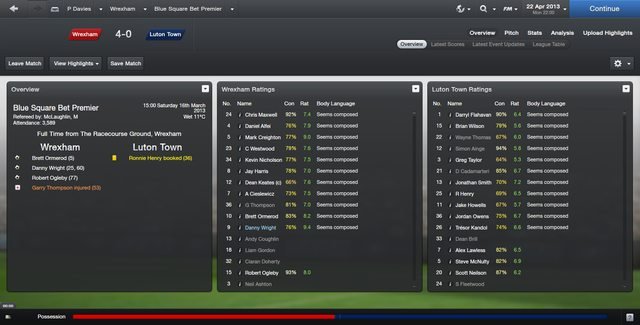 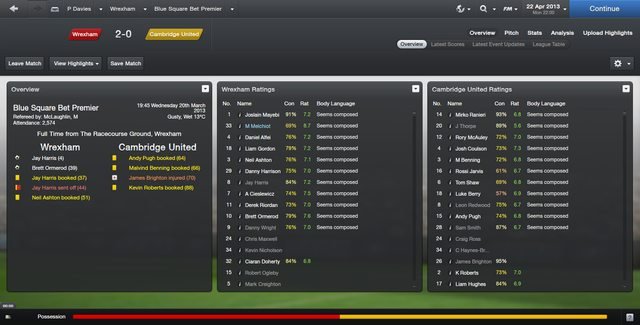 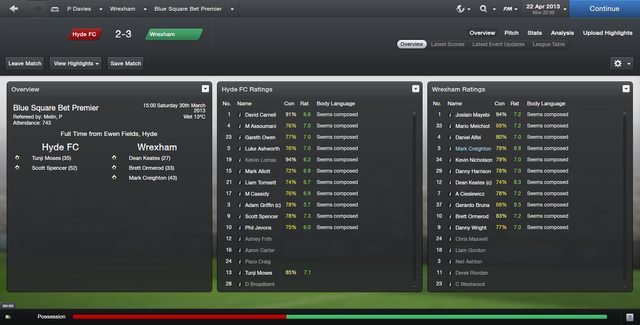 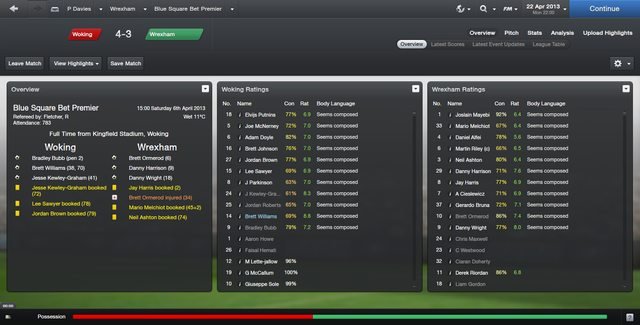 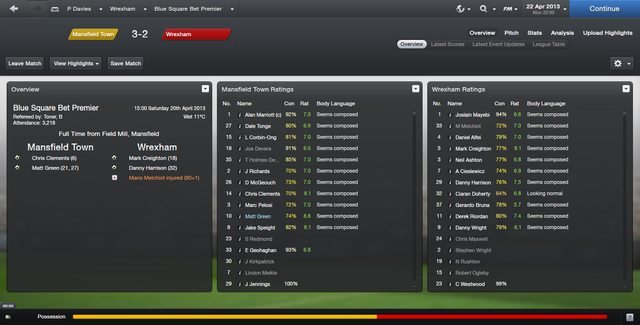 We have now made it through to the play-off Semi-Final after finishing 5th in the Blue Square Premier League where we have been matched up against Grimsby Town, this will take place on Wednesday 24th and Saturday 28th April 2013. Thanks for staying with us so far and I hope you can cheers us on into League 2. Play Off Fixtures
Login to Quote

Rablador
9 years
Good luck in the play offs! Bruma and Riordan look like really good signings to me

LFCsedso
9 years
MARIO!!!!!! He is just epic
Login to Quote The Blue Square Bet Premier play-off final will be a fiesty affair
after Wrexham remained on course to compete at Wembley by defeating Grimsby Town 3-2 on aggregate after winning the second leg of the semi-final 2-1 at Blundell Park.

Mansfield saw off Macclesfield 1-0 at The Moss Rose to complete a 3-1 aggregate success and close within one win of a place in League Two next season.

Wrexham took the lead in the 2nd minute through , Adrian Cieslewicz the winger stabbing home from close range after his initial header from Brett Ormerod's free-kick had been saved.

Grimsby, who finished runners-up to Luton in the table, almost won the tie against Wrexham early on when Frankie Artus's glancing header hit the back of net.

Wrexham, who finished the regular season 11 points behind Grimsby in fifth place, were back in front extended their overall advantage in the 29th minute when Brett Ormerod beat the Harriers' offside trap from Jay Harris' pass and lifted the ball over the home keeper. wellsy1498
9 years
Well done on the result. This story is improving alot mate and I like the new style.
1
Login to Quote