STFCDan
6 years • Edited
It's been a while since i created a story on here (The Fm Scout Family was a bit of a flop), so i'm going to do one on the current save i've been playing.
It carries on from the one i started before with Brighton.

The story begins in Swindon 2018.
Login to Quote


Recently relegated Swindon Town have appointed old boss and familiar face Daniel Abbott to helo guide them back into the Championship.

Abbott, previously of Brighton and LA Galaxy, first started his managerial career as Swindon Town boss guiding them to promotion and a JPT trophy. Moving to Brighton, he then got the Seagulls promoted in two seasons and laid the foundations for a respectable Premier League finish (10th). Leaving Brighton to pursue his USA national career he joined US giants LA Galaxy, and guided them to the US Cup and the MLS in his first season.

Hoping for a fresh new start at the County Ground, Abbott has said to be relishing the opportunity to manage old faces again. "I don't what it was that enticed me to leave Los Angeles for Swindon" He said. "I guess it was the fact that my favourite club needed help, and i liked the idea of it being me to help them out."

"It's a pleasure to have him back" Said Chairman Jed McCroy. "We know exactly what he is capable of, and expect an immediate return to the Championship."

With the Transfer Window just around the corner, it will be interesting to see who Abbott shows the door, and which new faces he brings in.
Login to Quote


Abbott Gets To Work On His Dream Backroom Staff


After removing over half of the staff at Swindon, Abbott got to work on his new ideal backroom. Paul Bodin (Swindon's longest serving member) and Neville Hargreaves (Formerly of Brighton during Abbott's days there, now chief scout for swindon) were the only two members to remain.

The new "all-star" faces around Swindon are; 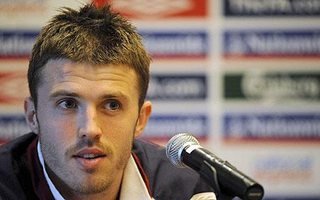 The former Man Utd and England star signed for LA Galaxy on a free and was part of Abbott's side to lift the MLS. Now on the raod to retirement he penned a three year deal as player coach for Swindon. 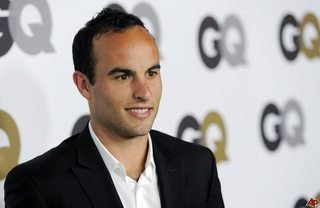 Now retired after persuasion from Abbott, Donovan was also part of the side to lift the MLS in his final season as a football star. After being released by Galaxy, Abbott pounced on the opportunity to sign him on a two year deal as a coach. 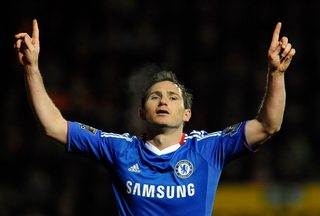 Possibly the most surprising signing, as many suspected that the Chelsea legend would stay on at Stamford Bridge. But after being released by the club a few months ago, he decided to turn his attention to coaching. He has now signed a 2 year deal as yet another Swindon Town coach. 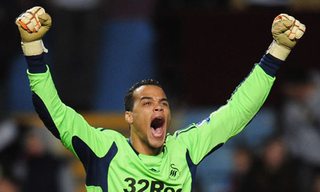 The ex-Swansea stopper was thrilled to be offered the job of Goalkeeping coach at the County Ground and signed a 1 year deal with the club. 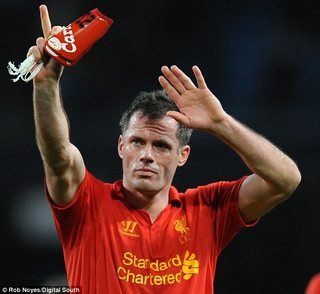 One of the most known faces around Liverpool, who bowed out of football without a Premier League medal. After retiring 2 years ago, Abbott signs him up as a Director of Football for 2 years.


It's fair to say that there is a special buzz around SN1 with all these stars, and many fans believe re-hiring Abbott was the right choice.
Login to Quote

Lol good luck, Watt for under a million is an absolute steal

Louis O.
6 years
All people who still want to follow my Kammy story, follow this one instead since Kammy is now Tokenginge's avatar

The Season Is Near

The 2018/19 season is almost upon us here at the County Ground, and as we prepare for the travel to Hartlepool, it's time to reflect on Abbott's performance at SN1.

Pre-Season has been fairly impressive bar the last performance against Spurs, and things are looking good for the season ahead. The players have all gelled well, and seem to be on the same wave length already.

Abbott is in his second spell at Swindon and many expect him to repeat his previous feat of getting the club promoted to the Championship. With the club being 3/1 favourites to win the league, there is massive pressure on Abbott to hit the ground running.

Personally i'm not too sure about this appointment. Although he took us up last time, he left us when we needed him most and we ended up being relegated again. A lot of people has respected his decision to leave his successful LA Galaxy for relegated Swindon, but i'm still unsure.

Abbott's managerial career has been a fairly successful one, winning 2 promotions and 2 trophies. Perhaps his most notable achievements were winning the US Cup and MLS in his first season with LA Galaxy, or maintaining Premier League status with Brighton.

Although I am yet to see what Abbott brings to the table, I respect the board's choices and hope for a successful season ahead.
Login to Quote

STFCDan
6 years
Should I make new kits for this story, or just use the ones from the 2012/13 season?
Login to Quote 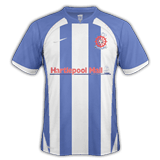 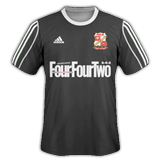 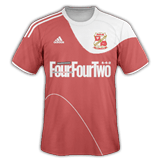 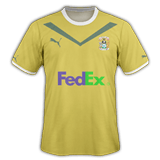 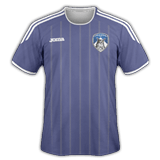 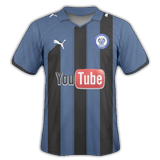 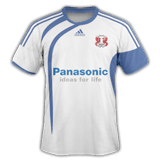 It was nice to begin the season on such a positive note, but rather annoying that we still haven't found a way to stop Andy Monkhouse from scoring.....AGAIN! A opening day hat-trick will do James Collin's confidence a world of good, and I can't wait to see how he will progress with Tony Watt this season. The rest of the league games weren't quite as impressive, however we are still unbeaten, and it makes fantastic building blocks for the rest of the season.
I was hoping for a decent cup run this season because it means more elaborate away days, but going out to Coventry in the first round is not what I had in mind. Still, there is always the FA Cup ir JPT.

Been really impressed with most of the new signings, however Tony Watt is still yet to find his feet, but i'll put that down to lack of match fitness more than anything. Milella is looking dominate up front after just a few games, and he is proving to be and absolute steal from Juventus.
Login to Quote

Lucas
6 years
Congrads on being unbeaten so far

Louis O.
6 years
Your sponsor appears to be FourFourTwo Australia
Login to Quote

You are reading "Swindon Town - Rebuilding The Nest".