End of the Season


The end of a season in football can mark the end of a career, the end of a revolution, the end of a tradition and so much more. Each year whether it be players, chairmen, managers or your beloved fans the football off season becomes the hectic and stressful time for any. Yet no one who is directly a player and or manager feels the pressure either of these two do. With every fans eyes gazing at every move you do, criticizing your choices and opinions. It would seem impossible to fulfill everyones wishes.

Frank Lampard feels the same. Frank has been playing football since he was just a boy. In 1994 he joined the West Ham youth team at the ripe age of 16. Signing a professional contract the following year. He went on loan to Swansea City in October 1995, debuting in his team's victory 2–0 over Bradford City and scoring his first career goal in a match against Brighton & Hove Albion.

Lampard went on to have an extremely bountiful career at West Ham under the management of his father and uncle (Frank Lampard and Harry Redknapp). During his career at West Ham he made 187 appearances and scored 39 goals. Until finally in 2001, when his father and uncle were sacked he left for 11 million pounds to Chelsea FC. From then on he went onto making 608 appearances and scoring 203 goals for the Blues. Along with this he made 97 appearances for the England international team while also scoring 29 goals for his country. He is now decorated as Chelsea's all time top goal scorer.

Throughout the 2012/13 season Lampard was battered for his age despite his undeniable skill for the game. Along with fellow teammate Ashley Cole he is expected to leave Stamford Bridge for another journey as interim manager Rafa Benitez believes the veteran player will be on his way out of the club this off-season. Before hand Frank Lampard has chosen to retire from playing football and has chosen to manage in the football world. His statement as of June 1st 2013 Frank Lampard has said sadly "I have had a wonderful career in English football, and in football overall but, now it is time to end that. Yet I will not be far from the sport as I choose to follow in my uncles and fathers footsteps and become a manager."

Walter
9 years
Lampard is going to be the character for my first FM14 story I have it all planned!!! Anyway good luck

Haha, I will still go ahead with mine

Mine can be the first FM14 story with Frank, Good luck

Louis O.
9 years
Good luck Inq, but will your Hannover story be continuing?
Login to Quote

Long story short. I was almost done pre-season in it. I had been accidently saving to the (V02) that the game makes around July 1st. I didn't think I needed it (not knowing I was saving on it) deleted it and now I only have a save that was before the season ended. Can't be bothered to do it all again.

If I find my usb stick it might come back though (IDK still though) as I believe I have a save on there.
Login to Quote

OnTheBallCityNCFC
9 years
Good Luck Mate! I may hate Chelsea but Frank Lampard will always be a legend
1
Login to Quote 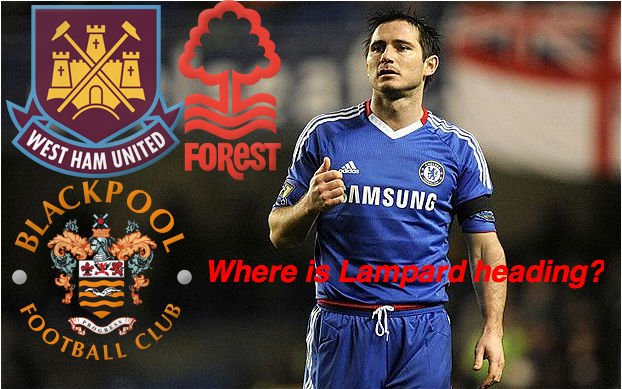 With reports of expected vacancies at clubs: Nottingham Forest and Blackpool. Frank Lampard is anticipated to be offered a job at either of these Championship sides. Along with these clubs many rumours have been spreading around the Frank could even be on his way to The Boleyn Grounds where he played as midfield years ago. Although no one would expect Sam Allardyce to be on the way out after successfully keeping West Ham in the Barclays Premier League for another season, after being tipped for relegation at the commencement of the competition.

So it looks as if Frank has three clubs in for him and possibly more as clubs look for a fresh face to lead their club to glory. One can imagine that if Frank does get offered the job at West Ham he would take it. Whether these rumours form any solid fact is to be unknown, so take this one with a fist full of salt.

Where do you think Lampard will end up for this season?
Login to Quote 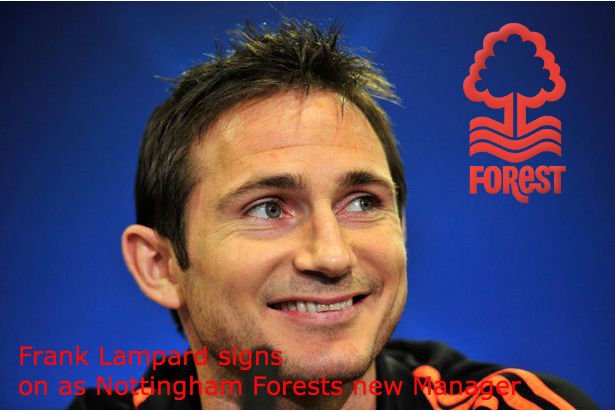 Frank Lampard snubbed Blackpool's contract offering him a job as their new manager. He did this in favour of becoming the new manager of Nottingham Forest. Many find this surprising as they thought that a deal from West Ham was imminent. Perhaps not the case as Sam Allardyce said yesterday "the chairman has not told me anything regarding the new appointment of a manager at West Ham. The only sources I have on this matter are that of Skysports and the usual paper talk. Which is generally a load of cods."

What further surprised avid Lampard fans is that he chose Forest over the Seasiders who presumably attain stronger assets and have the closer history with the top flight in English football. Lampard did clear up his reasonings for signing for the Reds at his opening press conference earlier today. "For all of you wondering why I have chosen to link up with Forest and not Blackpool. My reasoning is this: Blackpool have been to the premier league recently and I just feel as my first dip into managing at a football club I choose a challenge I will enjoy and not give up on. This is not saying that Blackpool are any better a club that Nottingham its just the shear difference in challenges moved me closer to Nottingham. The ambition at this club is immense and after meeting the chairman (Fawaz Al-Hasawi) I believe that the choice I have made is the perfect one. I look forward to progressing with the club and players. Thank you." 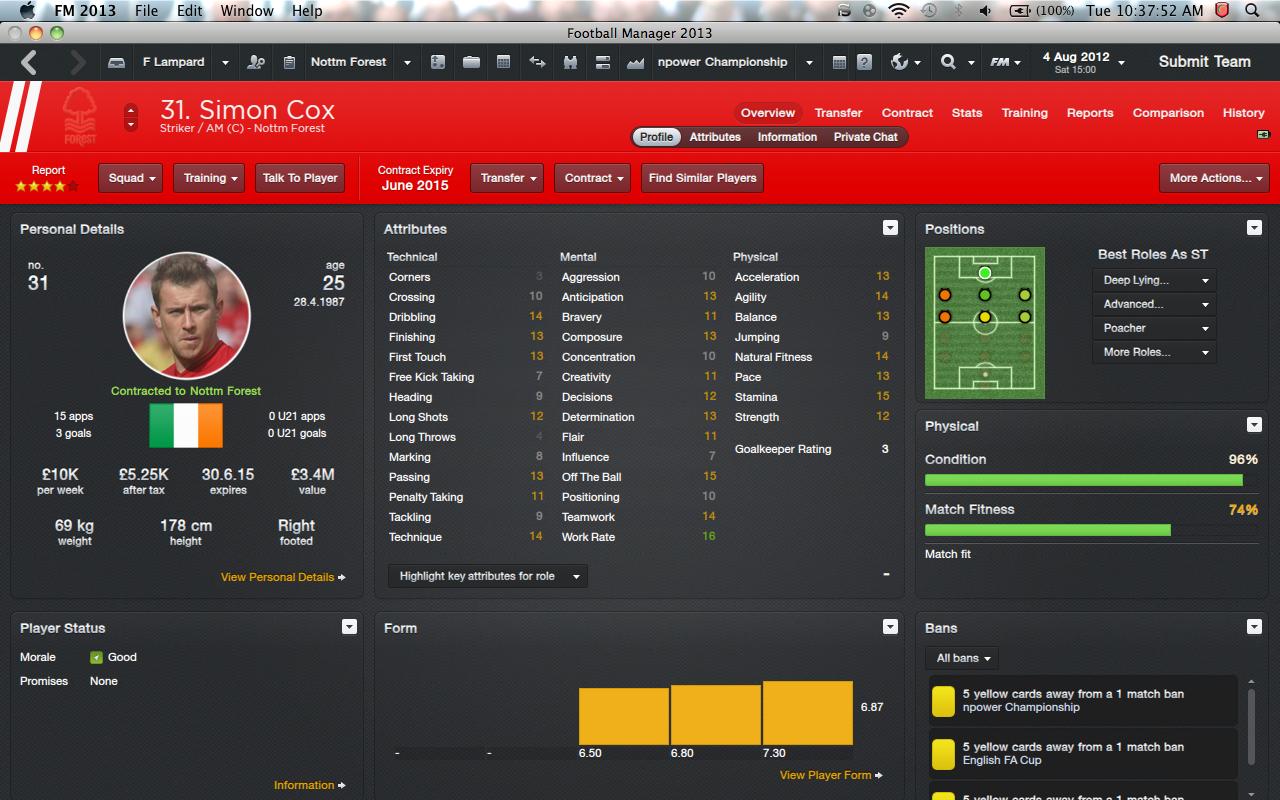 Simon Cox is Nottingham's most prolific striker and undeniably their first choice to lead the line. Lampard will be hoping to get many goals out of his this season. 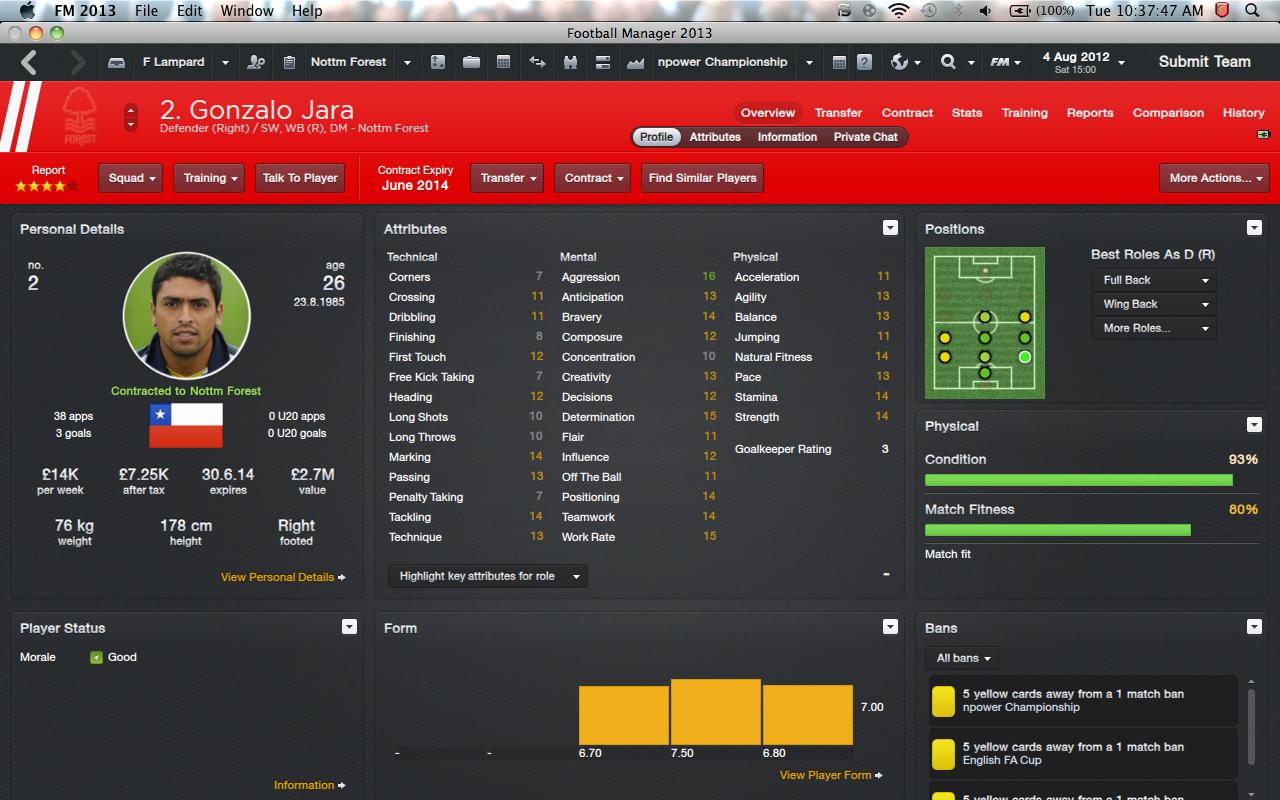 Jara is definitely Forest's strongest proven defender being only 26 he still has years to go and definitely has the potential to play in the Premier League. 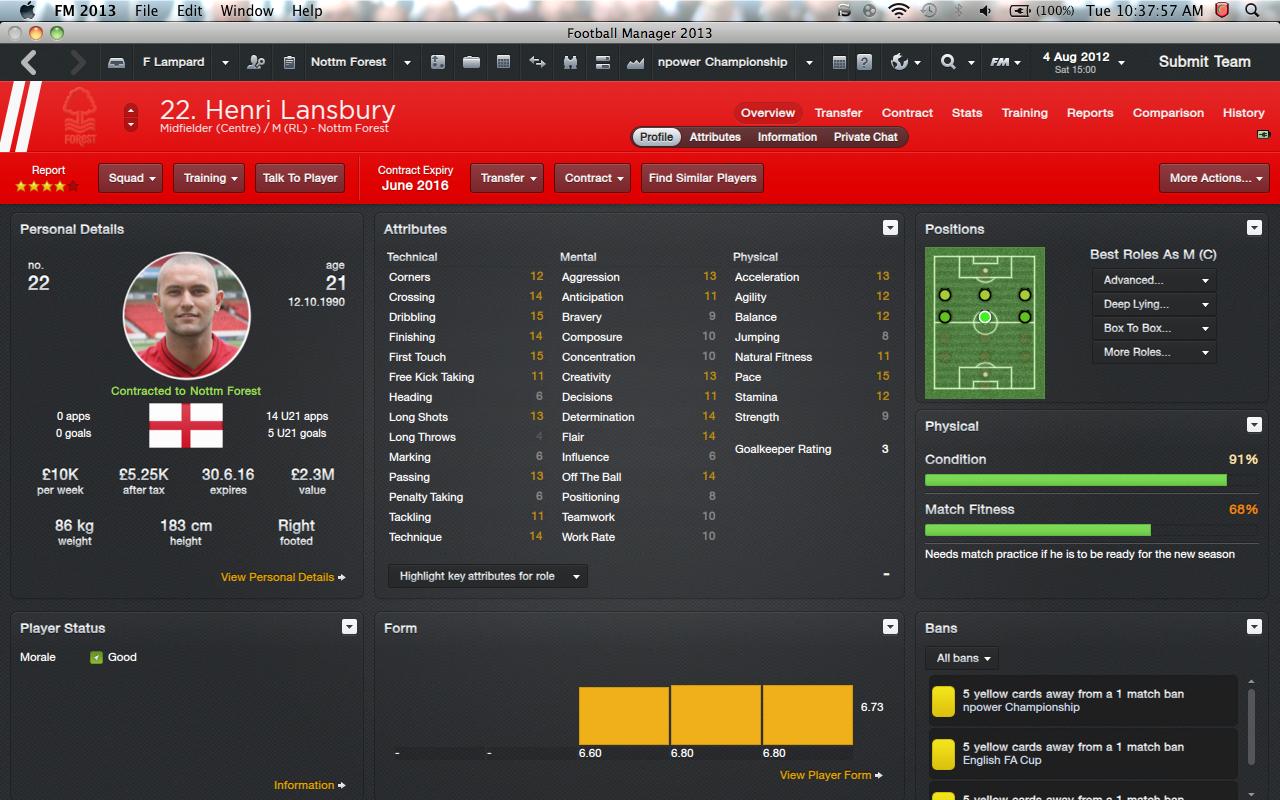 Henri has to be the strongest midfielder in the squad. His speed and pace in the midfield make him a handful for other teams. 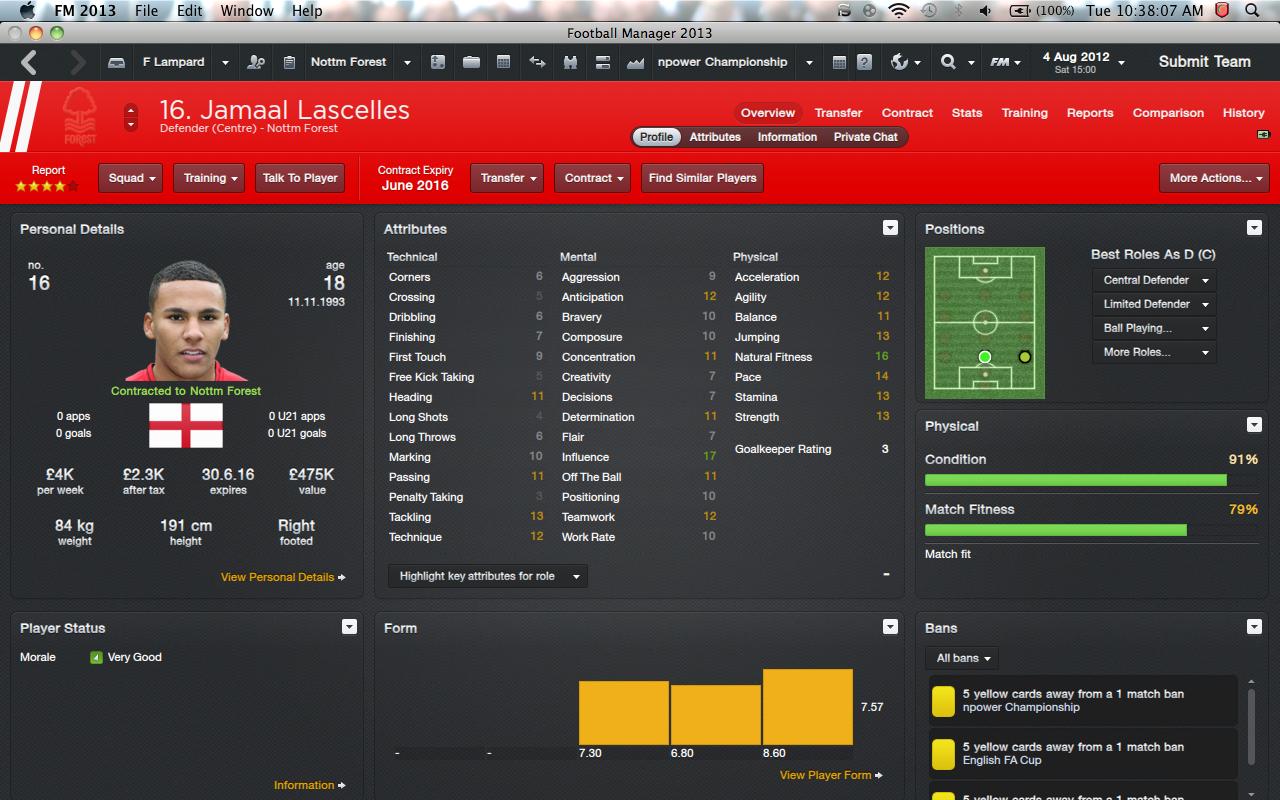 Lascelles has the brightest future at the club his natural fitness and influence on the ball in the centre of defence make him difficult to work around. He is a player for the future so watch out for him.

Verdinho
9 years
Ooohh Forest! Not a bad team to begin with. Good Luck
1
Login to Quote 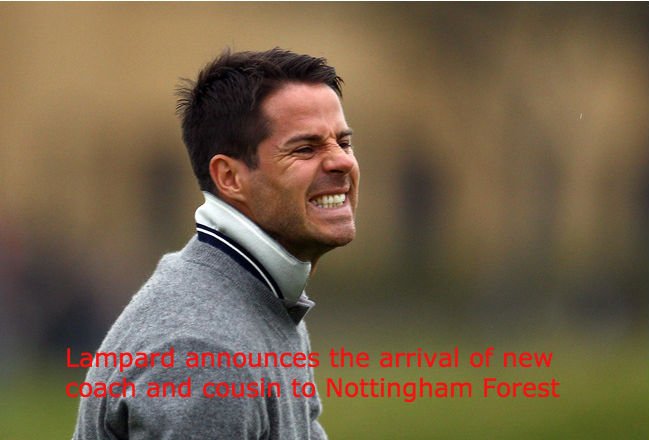 Perhaps the most predictable signing of this transfer window as Lampard brings in his cousin Jamie Redknapp on a deal making his relative a coach at Nottingham Forest. Lampard had this to say about the quick deal "it is great to be part of a family connected to football in many ways. Your family is often a group of people you can trust with your life. That is why I have a brought Jamie to the club with me, I trust him with my life and now I trust him to help me on my new journey." Redknapp has stated in return that he is honoured to be able to work with his cousin at Forest.

The only unfortunate thing that Lampard will have to deal with, is the occasional silly statement that Redknapp has to make - http://bleacherreport.com/articles/1530489-jamie-redknapps-silliest-quotes 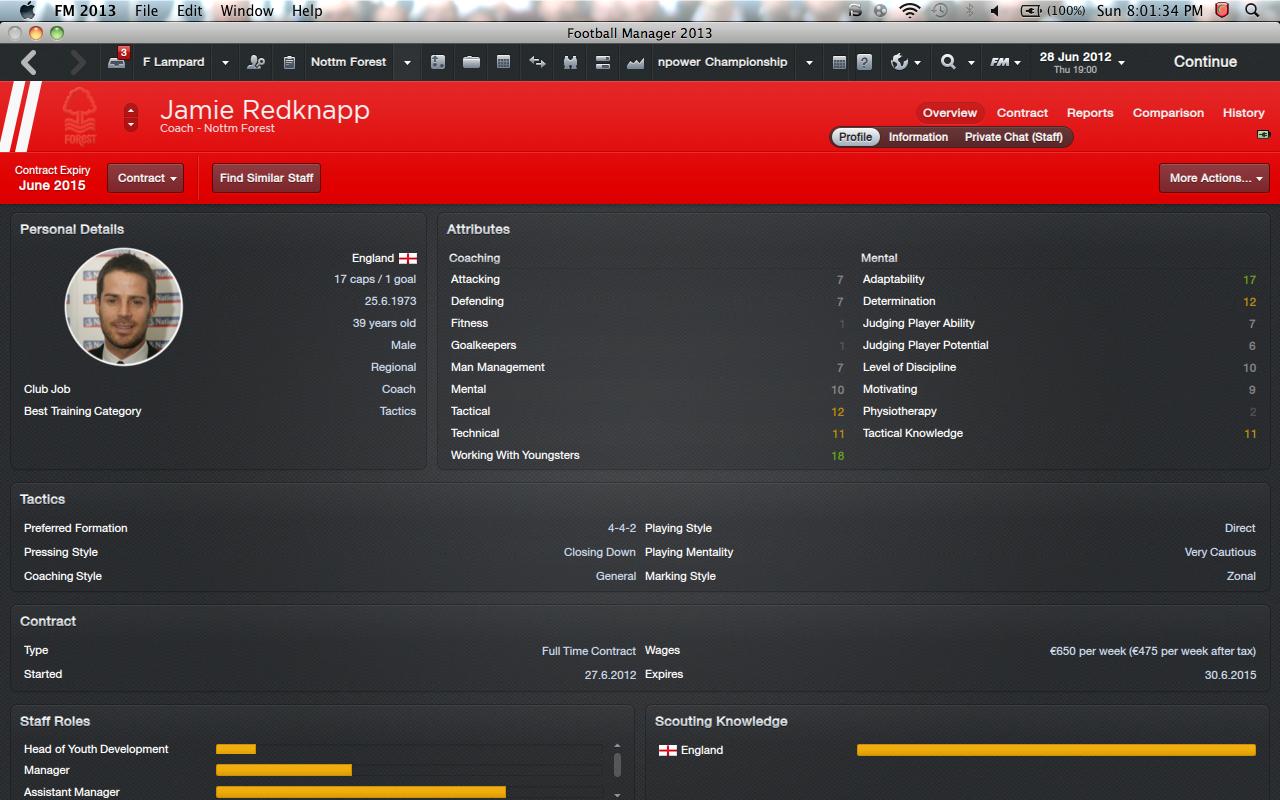 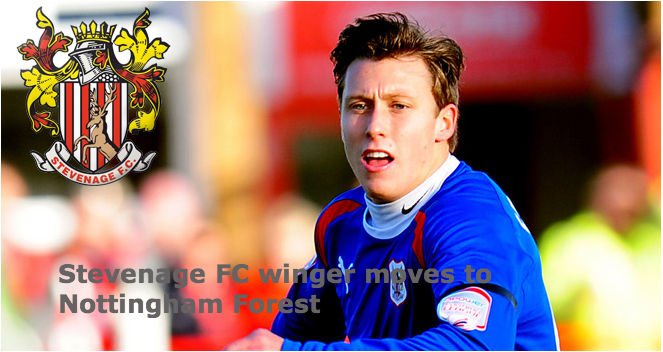 Nottingham Forest and Frank Lampard have made their first dip into the transfer window today. As Lampard looks to change their teams formation to accommodate wingers such as Freeman. Luke Freeman has joined the Reds for an estimated fee of 1.3m pounds. Lampard stated his excitement in the signing of the ex-Arsenal player. Fans are said to be optimistic over the deal and are excited to see a new style of play at the club; which could bring them back to the Premier League next year. Yet no one thinks Luke will single handedly bring Forest back to the BPL as his signing looks like one for the future. On the other side of the transfer though Freeman is relishing a chance to bide his skills at a more PL challenging club. As over the last few seasons he has been instrumental at Stevenage.
Login to Quote 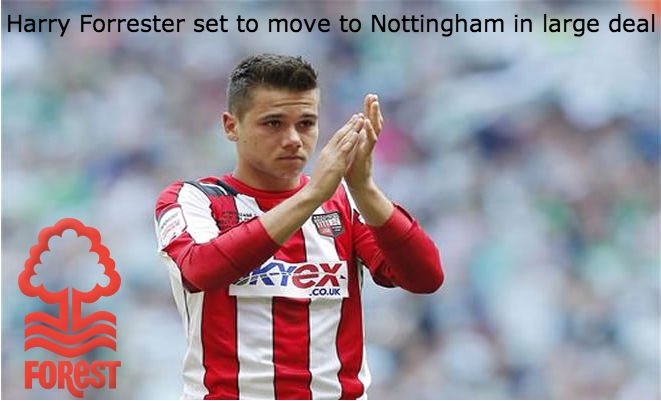 Nottingham make second consecutive signing in Brentford's Harry Forrester. It would seem that Lampard is snagging all the gems out of the lower divisions this year as yet another signing comes in from the Npower League 1. Harry Forrester has expressed his delight in joining Frank's new project. The AMC transferred from the Bee's for an estimated three million pounds today. The Bee's looked strong last year and finished 3rd but an even stronger Yeovil pushed them aside in the playoffs to the Championship. Brentford and co will definitely be looking to change that this season coming as they push for promotion yet again.
Login to Quote