I know most of the nationalities from the site, Height and weight is optional, You pick 1 position and I am not doing preferred moves.
Login to Quote

All the above players must give me 3 mental,Physical and Technial stats they want preset to 20. THE DEADLINE IS TODAY
Login to Quote 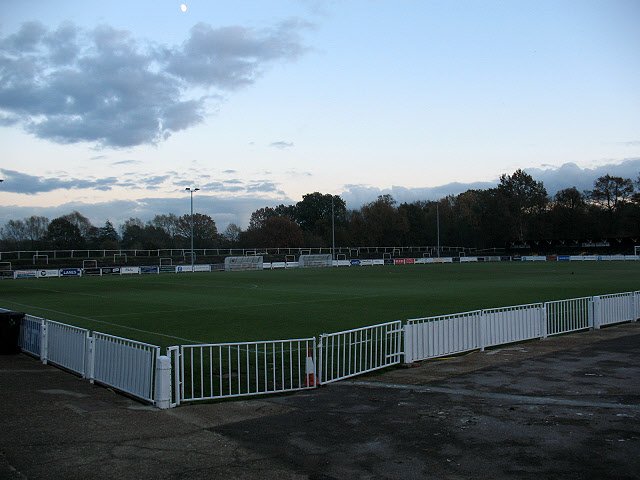 Bromley have been kicked out of the Blue Square Bet South division next year as a result of allegedly fixing up to 9 games last year, according to sky sources.

The Ravans will now have to prepare for court rather than for the coming season, with now a vacant position left in the league. Chairman Jerry Dolke denies any wrong doing by the club, and is hoping for a positive outcome during the investigation. A club statement read :

"Bromley FC deny all accusations thrown our way about pre-determining the results of matches for money. We are a proud club with strong traditions and have no reason to cheat our way to success. We will certainly be appealing the FA's sentence of banning us from league football as we see it as a very harsh punishment before any evidence is found.
We can assure the fans that we will keep fighting until our great club is back where it belongs"

The Football Association have confirmed that a new club will be selected for the Blue Square Bet South within the next week.

Note - Thanks to Kane for this awesome banner! Be sure to check out his stories!
Login to Quote

The Football Association have a lot of questions to answer today as they made their decision as to whom would replace Bromley in the Blue Square Bet South.

After over 52 applicants, the FA decided to choose newly established club FMScout United to fill the vacant position. Many see this as a shock as the club was only established a week before the application was sent in, and many expected clubs from the lower league to earn an early promotion. Chairman of the FA Greg Dyke believes the "Plans FMScout United have in place was the main factor behind their success. They are based mostly on young english players and have good facilities"

What has caused even more frustration with other clubs is that reportedly FMScout United are a community of online gamers, who virtually manage football clubs. If this is true or not will be revealed very shortly, as Chairman of FMScout United Esteban Dominguez (Suso30) will be taking his seat for his clubs first ever press conference. Stay tuned and find out what he has to say on a wacky day of events down in the Blue Square Bet South.
Login to Quote FMScout United were the focus of media attention today as both Chairman Esteban Dominguez (Middle) and manager Alex Hearman (Left) faced questions in front of media sources such as Sky Sports News, The Non League Paper and also Setanta Sports. The pair arrived soon after their club was announced to be the replacement of Bromley, who were kicked out of the league pending an investigation for match fixing.


Esteban, firstly I want to wish you the best with your new club. What was your reasons behind forming them?

I formed FM Scout United as I found that many teams were not being run properly and wanted to show them all how it was done , take Abramovich for example hes only got Chelsea so far as he's cheated Russia out of money and bought all the cups he has won , while I want to build a team of young unkown talent that will be sold on for profit , I'd like to think we can become an english Porto bringing success and financial stability to the club ensuring we never have to sell players for the sake of it.

The current squad is a group of reportedly unknown gamers, does this concern you?

The current squad may be unknown but within three years at least a quarter of these will be playing in the top leagues around Europe as these are some of the best upcoming talents around , they dont have the attitude and stubbornness of youngsters these days started by Wayne Rooney and co , if I find any of them to have three kids like Raheem I will refuse to play them , football comes first family second


Finally if you dont mind telling us, how did you make your millions?

I made my millions through lots of hard work , working 10 hours a day in the docking industry selling and designing boats such as the QE2 and other boats , I HAVE DESIGNED OVER 25 BOATS , 75 BUILDINGS AND I also designed the dreamliner plane


The media then turned their attention to newly appointed and relatively unknown manager Alex Heardman.


You sit here as the first manager of FMScout United, why did you take the job?

I knew I needed to start my managerial career somewhere, and fast, and when FMScout United came calling, I couldn't refuse. It helps that we're all starting on the same page, not really knowing the club at all.

The Chairman Esteban Dominguez has already stated his intentions for success, does this put you under instant pressure?

I must say it puts me under a lot of pressure to succeed, but if I don't, Dominguez is just gonna have to deal with it. I'm only one person, and if he can't accept that, maybe I can't accept the club

What are your goals for the season?

This is a tricky one without properly knowing the club, but I'd hope to at least contend for play-offs, but I'd be delighted with automatic promotion. We have smaller tournaments to take care of too, like the FA Vase, even the FA Cup, which I'd love to get into the First Round.

The Chairman has stated that some of the players at the club will end up at top European clubs, do you agree with this statement?

Some of the young players I've seen look like they have the potential to go far. However, I won't let any of them go just yet. Every player needs to play their part and I believe that every player can make a difference this season and beyond.
Login to Quote

Atreidas
9 years
nice interview! can't wait for the next update

Ziechael
9 years
Great start... although I'm sure Kane won't mind me saying that I made that banner

The badge is Kane's however

The badge is Kane's however

Ah well I got it from Kane's thread sorry :p
Login to Quote

DeanByrne1995
9 years
Updates will resume on Monday, busy all weekend

AlexTHFC
9 years
I might do a little update soon, not sure at the moment.
Login to Quote

You are reading "FMScout - A New Powerhouse?".