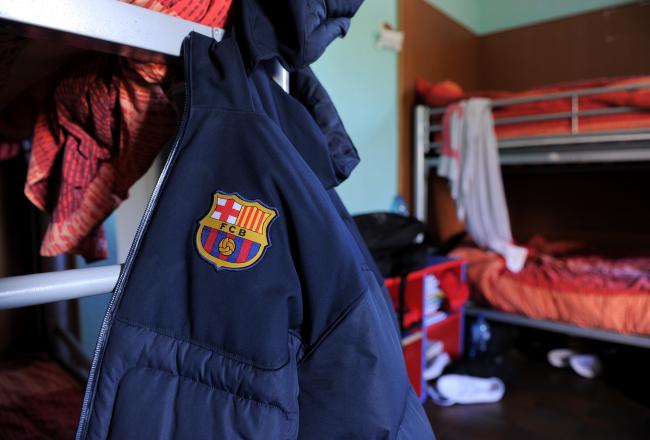 29 players, going for one thing. The chance to be offered a professional contract at this club, FC Barcelona. These 29 players, have successfully made it to this final round of Football Icon, meaning they all won their local versions of Football Icon, congratulations to them. It was meant to be 30, however, one person got on a 24 hour flight to Australia instead of to Spain. 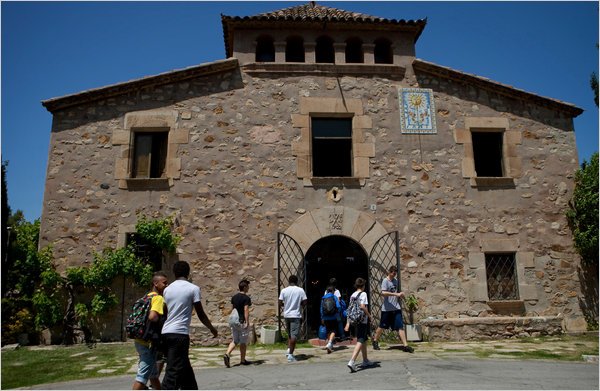 The players arrived at La Masia a few hours ago and have been given a tour of the facility, they also have been shown their rooms. We want everyone to get to know each other before the real competition begins.

My name is Xavi Llorens. I will be in charge of the players this season, till finally have that one, who gets offered the pro-contract. The players will take part in pre-season friendlies alongside with playing in Liga Adelante. For those players who aren't lucky enough to win, we want them to go away knowing they've improved as footballers, you never know, another club may come in for them, or they could sign up for another version of Football Icon.

I wish all the players good luck, and let Football Icon officially begin!

LFC
6 years
There is no doubt that Jesus Christo will win... Looking forward to it 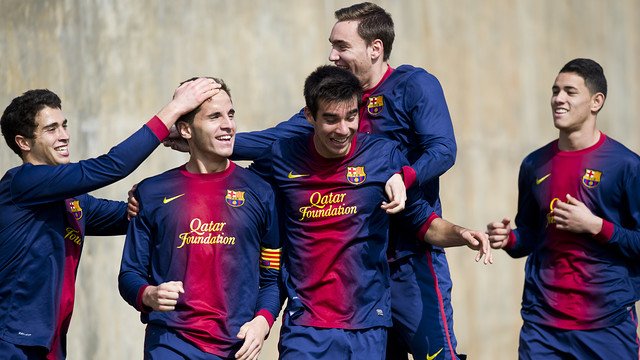 In Barcelona B's first fixture with the FOOTBALL ICON participants taking part, the squad thrashed Gavá 6-0 at the Miniestadi,in front of 1,933 supporters, who were more than eager to see the footballers in action.

Before the match, there was a bit of a debate concerning who would captain the side. Xavi Llorens picked defender, Matthew Wells, however his fellow teammates, including Santa Maria and Jesús Christó. It seems a little feud between the players is starting to evolve. Despite various protests from the players, Wells was picked as captain. He proved all his doubters wrong in the 8th minute with a nice finish in the 8th minute, 1-0 to Barcelona.

Just 9 minutes later, French youngster Alou Ayalé, increased the Catalan's score. The attacking midfielder is already rated by many managers and that goal could further prove why maybe he should be offered the pro-contract. Unfortunately for Ayalé, his game came to an abrupt end following his injury in the 34th minute.

Before the injury of the Frenchman, Mohammed Lester, the centre back from San Marino tripled Barcelona's lead with a brilliant header from inside the 18 yard box. The fans certainly showed their appreciation for such a goal as they gave the teenager a standing ovation.

In the second half, Xavi Llorens changed the squad completely, allowing all players to get a run out, even if it meant some players were played in unfamiliar positions. Lester kept his place in the side, alongside with goalkeeper Aalto. It was obvious that Lester was motivated as he was all over the pitch charging down opposition players.


Barcelona suffered yet another injury as Ziechael was stretchered off the pitch following a poor tackle fro one of the opposition midfielders. The American looked in serious pain and will be hoping to be back soon or else he could be eliminated from the competition. Mohammed Lester completed his brace with yet another header, this time it was closer to the goal.

Timmy Ivo Bendis was the next to be stretchered off in the 65th minute. Although his injury didn't seem as serious as Ziechael's but still should be a concern for the Croatian. If he isn't fit in time he too will be eliminated from FOOTBALL ICON.

Lester completed his brilliant hattrick with a bullet of a header. It was so powerful, you would have thought a player had shot the ball. Once again, Lester received a standing ovation from not only the fans, but from both benches. A truly inspirational peformance from the 16 year old!

To round the game off, Cristof Van Haat scored in the 84th minute seeing Barcelona destroy Gavá 6-0.

Man of the match: Mohammed Lester 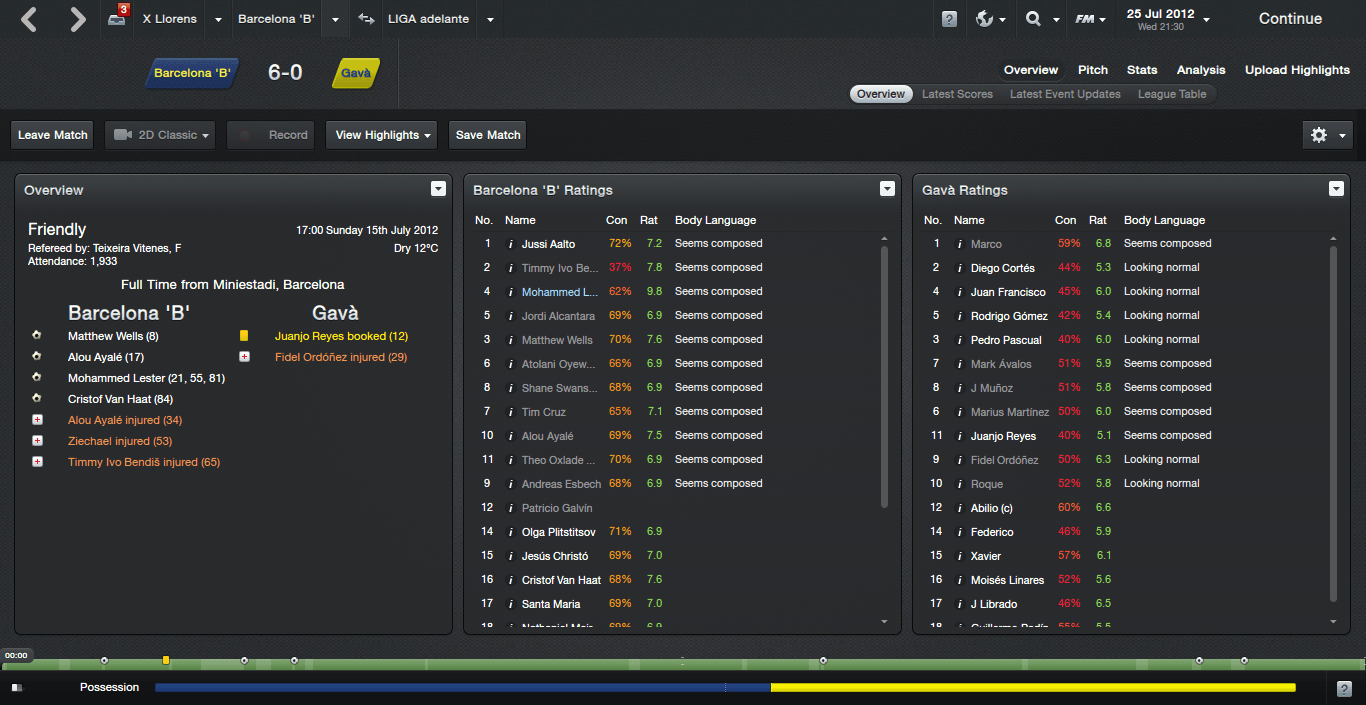 AlexTHFC
6 years
I demand to be played. If not, I'm leaving to Real Madrid.
Login to Quote

Kane
6 years
Harry Potter doesnt even make the bench despite being one of the most regular members on here..

Oh yeah, play the wastes of spaces now so I play the big games!

Seni
6 years
Kane: You were actually with the first team!!!

Alex: You got on at the end, next game you'll get more game time!
Login to Quote

Alex: You got on at the end, next game you'll get more game time!

Atreidas
6 years
Yes! Played my first game and clean sheet. But boss, i'd like individual training on my handling please :3
If you know what i mean
Login to Quote


I'm proud to say that, 21 out of the 29 players in the Barcelona B squad have been called up to their respective national sides. Congratulations to all of them! For those who haven't been called up, they shouldn't be unhappy. They must keep their heads up and work hard continuously.

Hopefully there will be no injuries while they're on international duty. 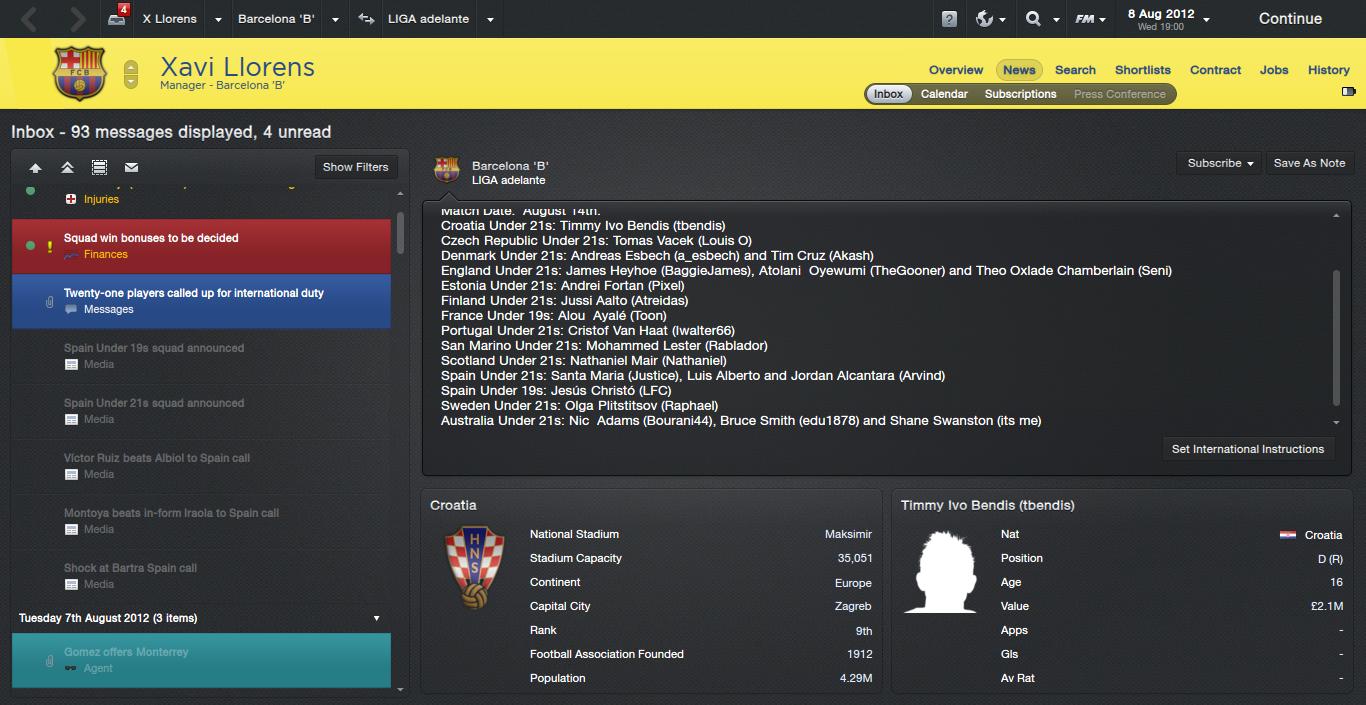 Walter
6 years
Yes! Got called by Portugal not Holland!

Anyway, seems I have made a decent start, I'm liking this already.
Login to Quote

Nic
6 years
Australia has a few players out there!

Good story mate. I like this a lot
Login to Quote

its me
6 years
Go the aussies.

You are reading "FOOTBALL ICON: Will you be the next star?".