Louis O.
7 years
Not bad, considering Mainz are a very good side

*points at sig*
Login to Quote


This month I was hoping to build on the good first month we had and maybe make a good go for first place in the table, but we didn't get off to the flying start I hoped. We were coming up against mostly mediocre mid-table teams but had one test against Oldenburg, who would be up there in the promotions battles.

We travelled to St. Pauli II for the first game of the month. Unfortunatley we could only muster a draw in this game and I came away disappointed feeling we could've got more from that game. The next fixture was against Goslar and again, it felt more like a case of two points lost then one point gained.

We then travelled to Meppen and came away with no points, a disappointing result and I hope to finish the league on a much more positive note. We did this, firstly hosting HSV II. It was a close game but we got three points in the shape of a 2-1 win.

The final game of the month was a very attacking game versus league rivals Oldenburg. All our players performed very well and I was please we were able to overcome our 'blip' in the first half of the month. 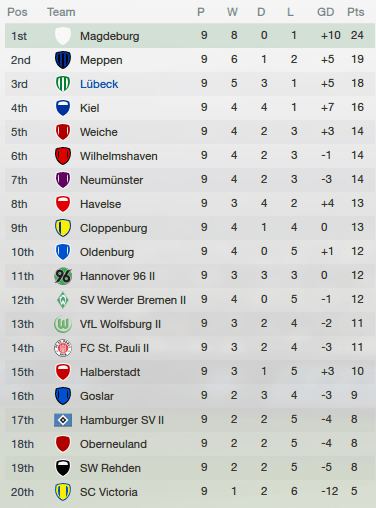 We still find ourselves in 3rd place but Madgeburg are really racing away. Meppen are also setting the pace and we have to catch up fast, otherwise it will be a case of either too little too late or just third-place average joe, which I am not willing to accept. Hopefully we can get a bit of momentum up next month!
Login to Quote

No, I don't support them, but Jozef always tells me about him and some other random players like Kevin Volland who are soo good and he persuaded me to buy Muller on FIFA and then I used Mainz online and beat the crap out of Wellsy and almost beat Justice

No, I don't support them, but Jozef always tells me about him and some other random players like Kevin Volland who are soo good and he persuaded me to buy Muller on FIFA and then I used Mainz online and beat the crap out of Wellsy and almost beat Justice

Slid3Tackle
7 years
Until now, some good results! I think far better than the board expected at the begining of the season. Keep up the good work mate!
1
Login to Quote

Yeah I think the board want mid-table, I am not quite sure. Thanks again.
Login to Quote


After a topsy turvy month last month, we'd be looking to improve this month, my birthday month, to get points on the board. It was vital we kept up the pace on Madgeburg in first place because I didn't want to fall behind in the title race.

And what a month it was - we went through it undefeated. Firstly, we came up against Weiche and the visitors were dispatched as we ran out 2-0 victors, five daters after my birthday. The next fixture, though, would prove to be a lot tougher.

After those two homes games, we were forced to travel and play Halberstadt. We recovered well from the draw and got all three points with a solitary goal. This gave us some momentum going into the game versys Hannover II.

That was a great game for us too, as we scored four goals to there one and got another deserved three points in the bag to push us up the table even further. That finished a great month, where we earned a total of ten points. 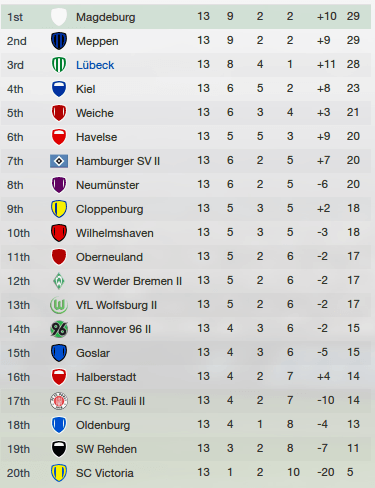 We still lie in third, but we have closed the gap between second and first considerably. After being five points behind Madgeburg last week, we are now only one point behind the leaders and runners-up Meppen. There is still a long way to go in the season, but I know we will be at the pointy end of the table.
Login to Quote


This month would start with the promotion pushers all within one point of eachother. We were looking to push on and really make a go for the top spot, which was well within our grasp. Hopefully by the end of the year we could make that place our own.

The month of November started disappointingly as SC Victoria, the team at the foot of the table, held us to a draw. I made my feelings clear after the match because that result was not acceptable.

Next it was a big day for me, because my Lubeck side came up against the club I rejected in favour of my current one. Oberneuland. The fans knew and let me know all match long but I did get the final laugh as my players got the win they deserved.

We then travelled to tough opposition in the shape of Havelse. And again we slipped up just when we got on top, and relinquished our first place spot after failing to even muster a draw, hopefully we could finish on a high note.

And we did. Wolfsburg II were not match for us and it was a solitary goal that gave us the win. Our strikers, Haris Huseni, Arnold Suew and Kevin Samide have all been in top form while Vallianos has filled in well in various positions. 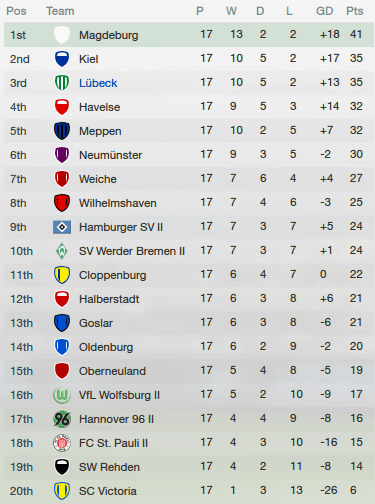 This month was tough and we lost some valuable points in the title race and was soundly overtaken by rivals Holstein Kiel, which hurt a lot. Madgeburg are running away with it and have to be considered favourites now. Despite the bad results, there were some positive individual performances.
Login to Quote

Gurdit
7 years
Wow, Kiel made up massive points to move up the table, eh?
All the best to you, though. Less than half the season is done, so don't worry.
Login to Quote

Walter
7 years
Gurdit Yeah they did, won all their games 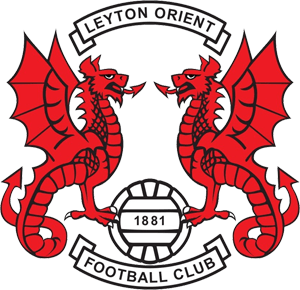 Young English manager Chop, currently of VfB Lubeck, has applied for the vacant managerial position at London side Leyton Orient after the club dismissed long time manager Russell Slade on the weekend. It remains to be seen whether Chop will get the job.

Russell Slade was dismissed on Friday afternoon after a poor run of results, and the board at the London club can reveal Chop seemed to jump at the opportunity to manage the club who play their home games at Brisbane Road.

"He is realtively inexperienced, but he seems to have a lot of enthusiasm, passion and knowledge for and of the game," said the Leyton Orient chairman.

Fans of German fourth division outfit Lubeck are said to be steaming that Chop has publicly reiterated his desire to leave the club and leaving Lubeck in the dust. "He obviously doesn't care about the club. I would dismiss him if I was the chairman!" said one fan.

Chop is in the running for the job but is competing against proven managers like Michael Appleton, Dean Saunders and a host of others.


After the loss to Havelse, I started to feel a bit homesick. And so when the Orient job came up, I thought to myself why not? It would boost my reputation and give me a stepping stone to England.
Unfortuneatly the board didn't take it as well as I did, and neither did the fans. They offered me an ultimatum: resign with your reputation intact, or apologise for your actions.

You are reading "A Footballing Journey".