it has been a long time since I used photoshop.
Login to Quote

So, after a very pleasant first season at Wolverhampton which we ended with a epic title win by breaking the most points in a single season record and came close to almost achieving the most goals scored in a single season record the board decided to grant me a little bit extra funds than the ones I had last season. I still knew that I had to spend it wisely to keep the club’s financial situation stable. This only meant one thing, some players had to leave, most of them were above the age of 29 expect certain exceptions like Kevin Doyle whom is the club’s best striker at the moment because Griffiths is too young for me to depend on as my main striker.

So, as I began my search for young talent in such small budget I realized that the optimal place to go would be Europe’s less competitive leagues like the Polish, Irish, Northern Irish, Scottish and Ukrainian leagues. I didn’t find any luck with the foreign leagues, so I decided to stick with UK’s leagues such as Scotland and Ireland and it paid off when I managed to sign some young talents that looked very promising.


Transfers made so far 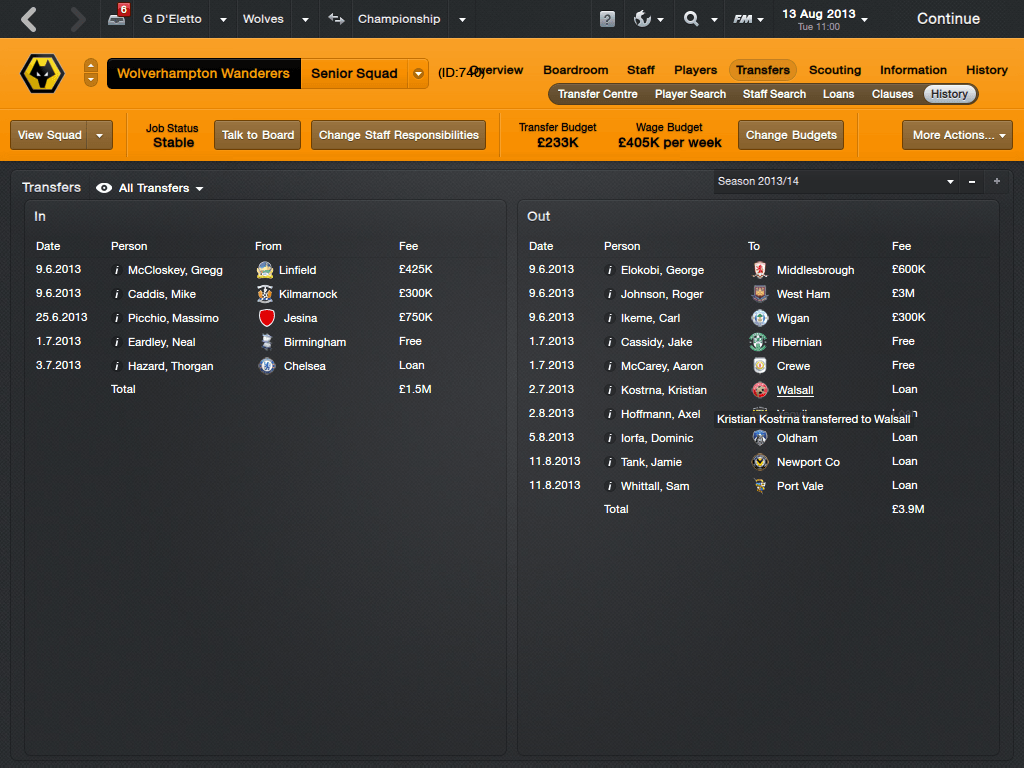 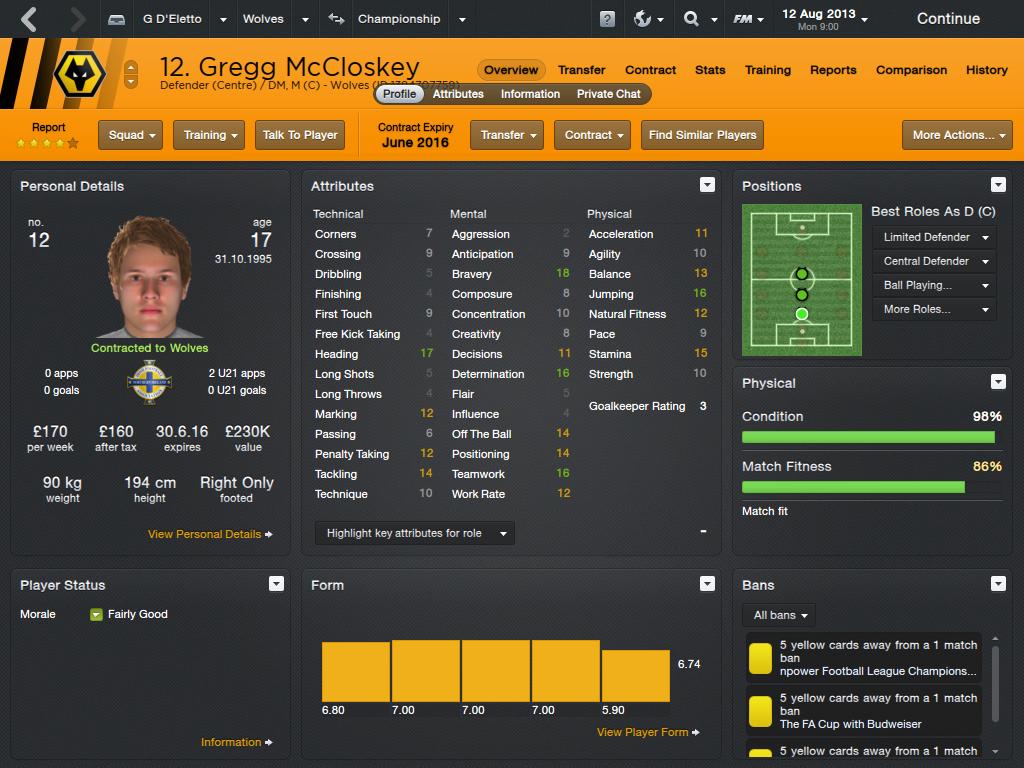 I have high hopes for this kid, he'll fill the gap that Roger Johnson left 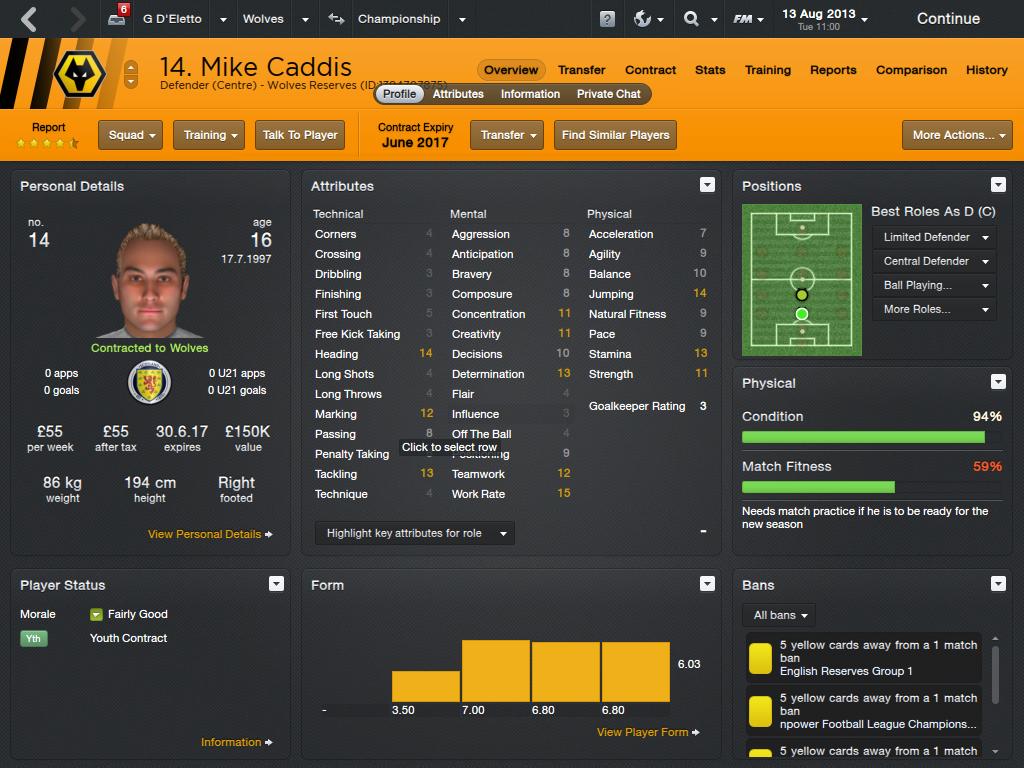 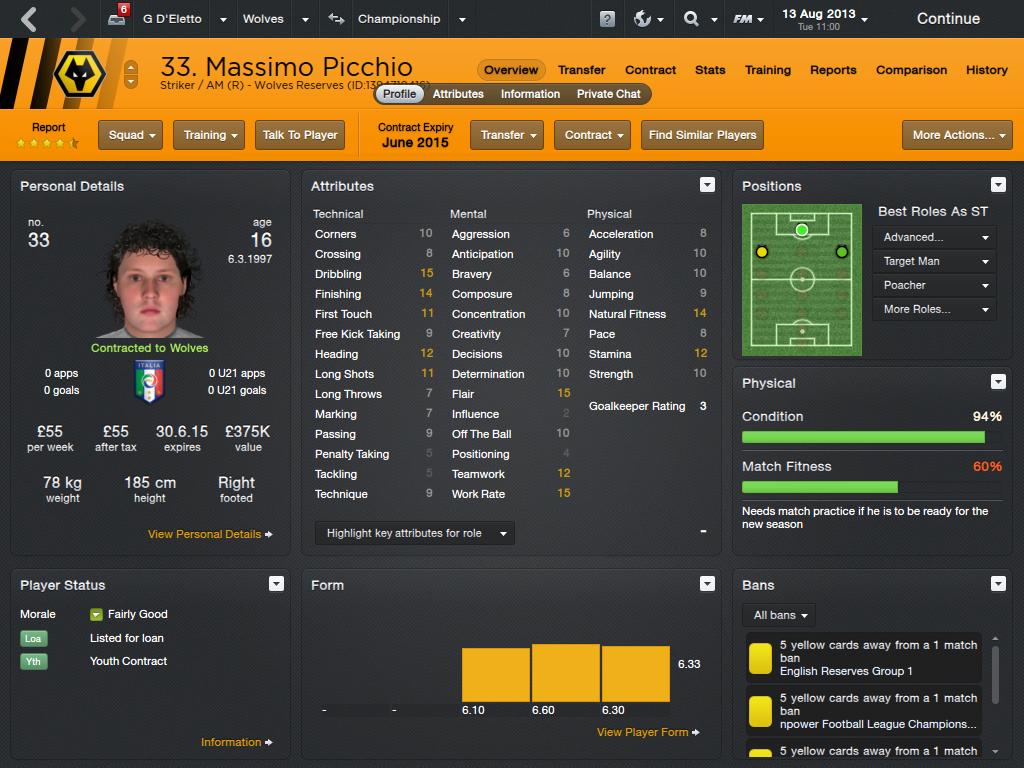 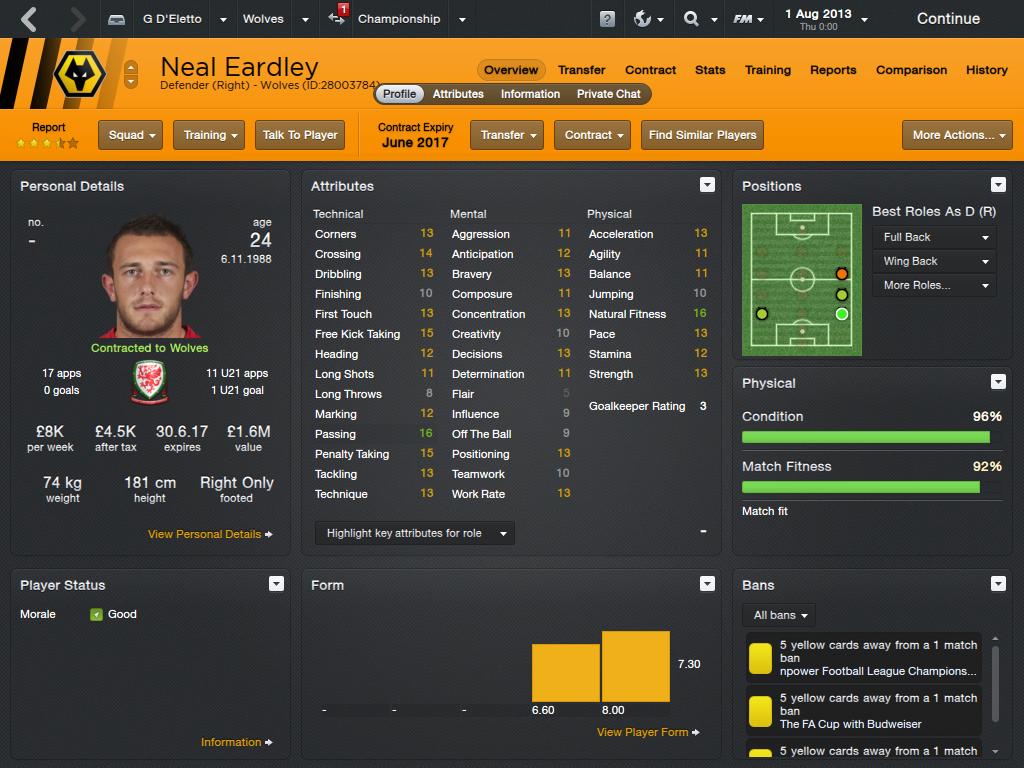 Couldn't pass the opportunity to sign such talented, young fullback and the fact that he was free made it a whole lot easier 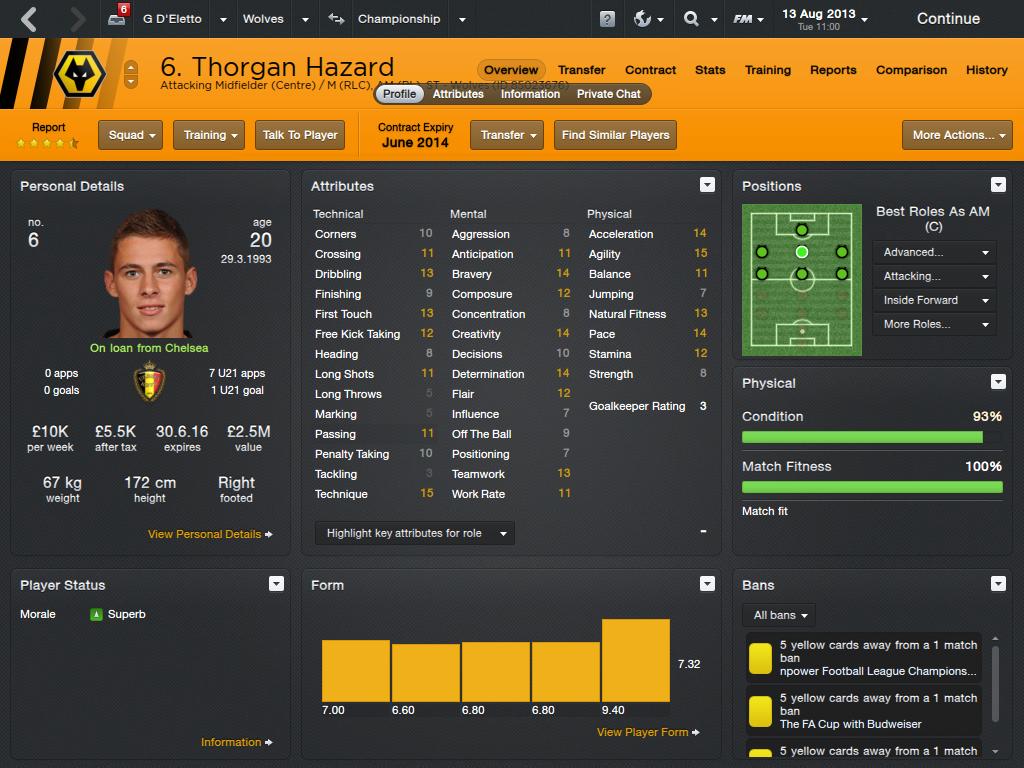 Too good to just sit there in Chelsea' reserves. Will hopefully lead us to the Prem

There was no surprises there. A couple of free transfers like Cassidy and Ikeme and 4 youngsters sent out on loans to other clubs including the 14 y/o Axel Hoffmann. 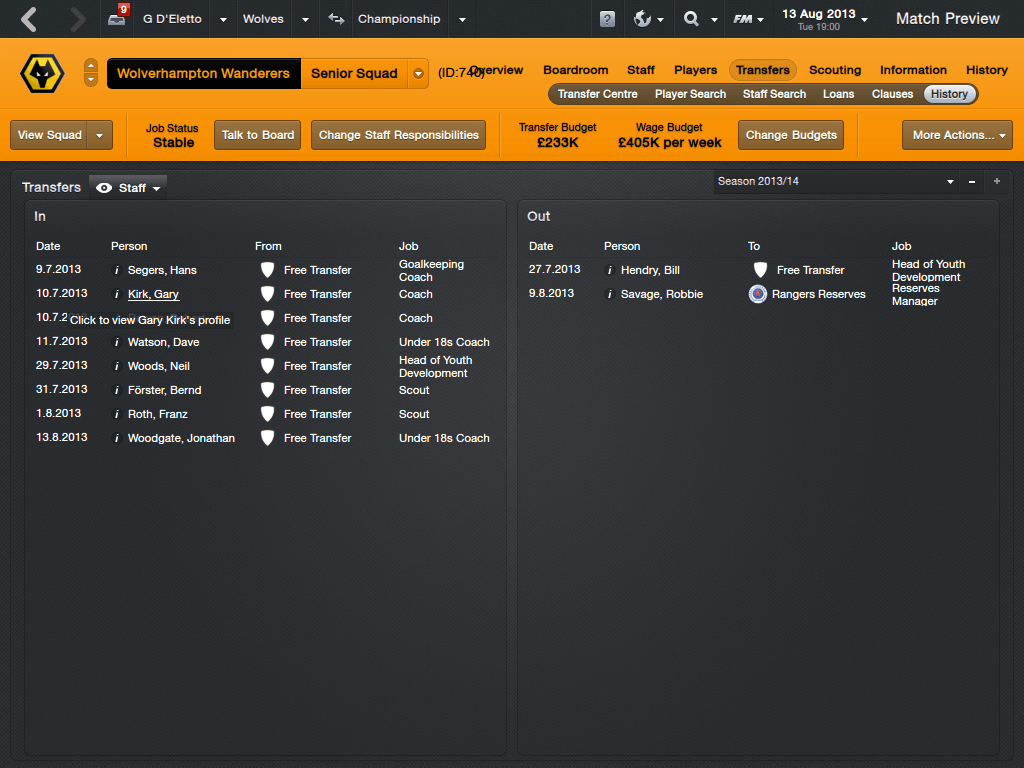 Nothing to be said in all honesty. Replaced the old staff with better staff because I had a decent wage budget this season, I also got a couple of scouts since our scouting range has being expanded to cover all Europe.

Other transfers were made by the Director of football.
Login to Quote

Rex_Wrex_Wrecks
9 years
Dave Watson is brilliant. Nice addition to the staff there.
1
Login to Quote


My director of football was the one who got him.
Login to Quote


Thanks, hopefully it will be enough to revive the club's financial situation.
Login to Quote