The only way is forward


After an interview with Beno Zeeb today his ambitions are clear. The young German manager clearly stated that Die Roten are ready to move forward and become a regular Champions League and title challenging team. With Hannover finishing 4th only a few years back the possibility is there and its up to the club to push them back to that position. It won't be an easy task with the ever powerful Bayern Munich and Borussia Dortmund on the rise with Schalke and Leverkusen not far behind. We look to follow Beno and his team on there journey to triumph or despair.

Didier Ya Konan has Officially left

This morning before Hannover's friendly with South African starlets Kaiser Chiefs, Ya Konan moved his skills to Madrid. Atletico were quick to pick up on Ya Konan's trail once Die Roten stated that Ya Konan was no longer needed. It is rumoured that Newcastle and few French teams missed out on landing Ya Konan by inches but playing for an established team in the Liga BBVA had to be the deciding point. Madrid recently got battered with a transfer request from their 30m rated star Falcao. Understandably this is likely another reason for Madrid diving in for Ya Konan.

On other transfer news two Hannover players have been moved out on loan. Sebastien Pocognoli and young 21 year old Franca. Both moving to Hoffenheim and Internacional respectively.

On other news Hannover's win over Porto might pry a precious possession from the club. As it has been stated that Zeeb is looking into bringing in a prospect on the LW. Christian Atsu has been the name on everyones lips as of late. Only time will tell if Hannover are able the youngster. 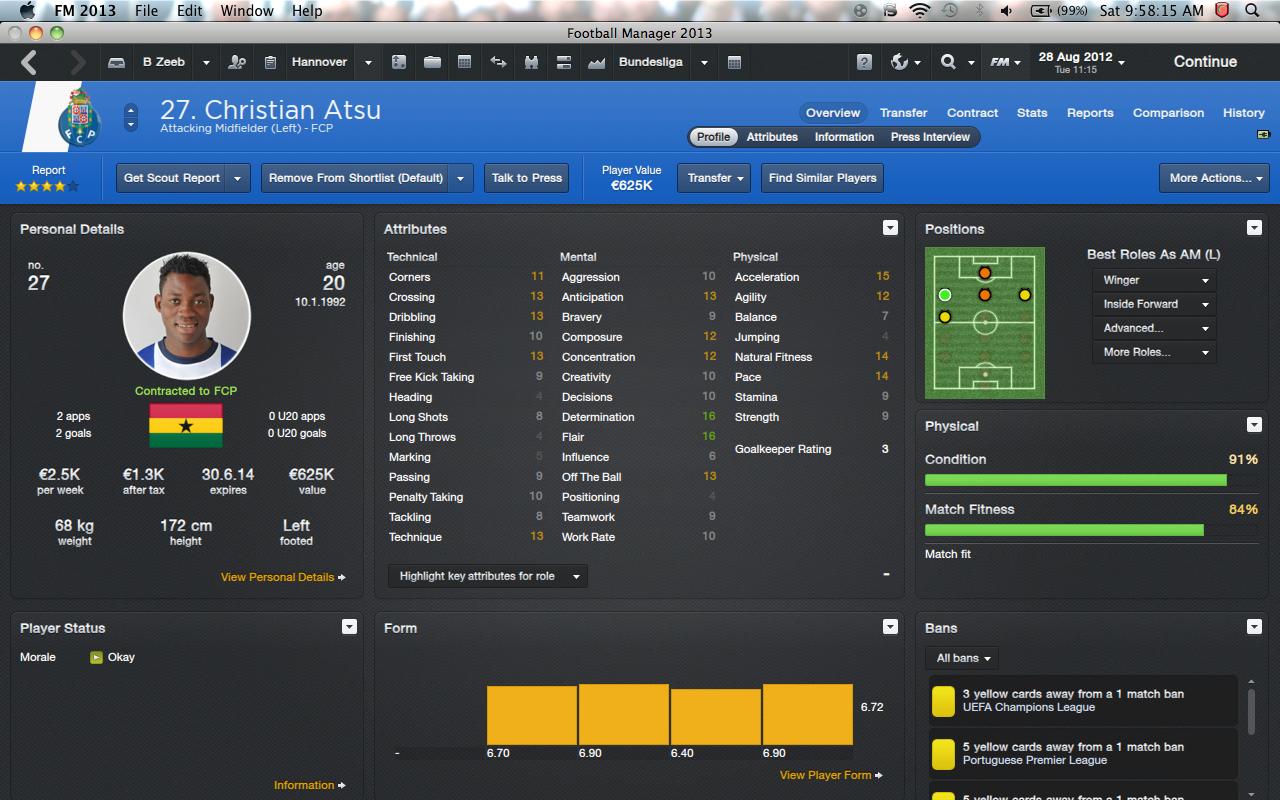 Neal
9 years
Good preseason results, a couple of wins is nice. Atsu should be a nice addition if you can land him.
1
Login to Quote


After Hannover's recent shock win against Porto the club have pushed on with two more top notch performances. Recent speculation has found that many fans and followers alike have placed reasoning on the team adapting well to Zeeb's new formation, while others say that the inclusion of Artur Sobiech (Recently returned from holiday) is the catalyst in recent results. Either way with Die Roten playing as they are they could be mounting a serious threat in the Bundesliga this upcoming season. 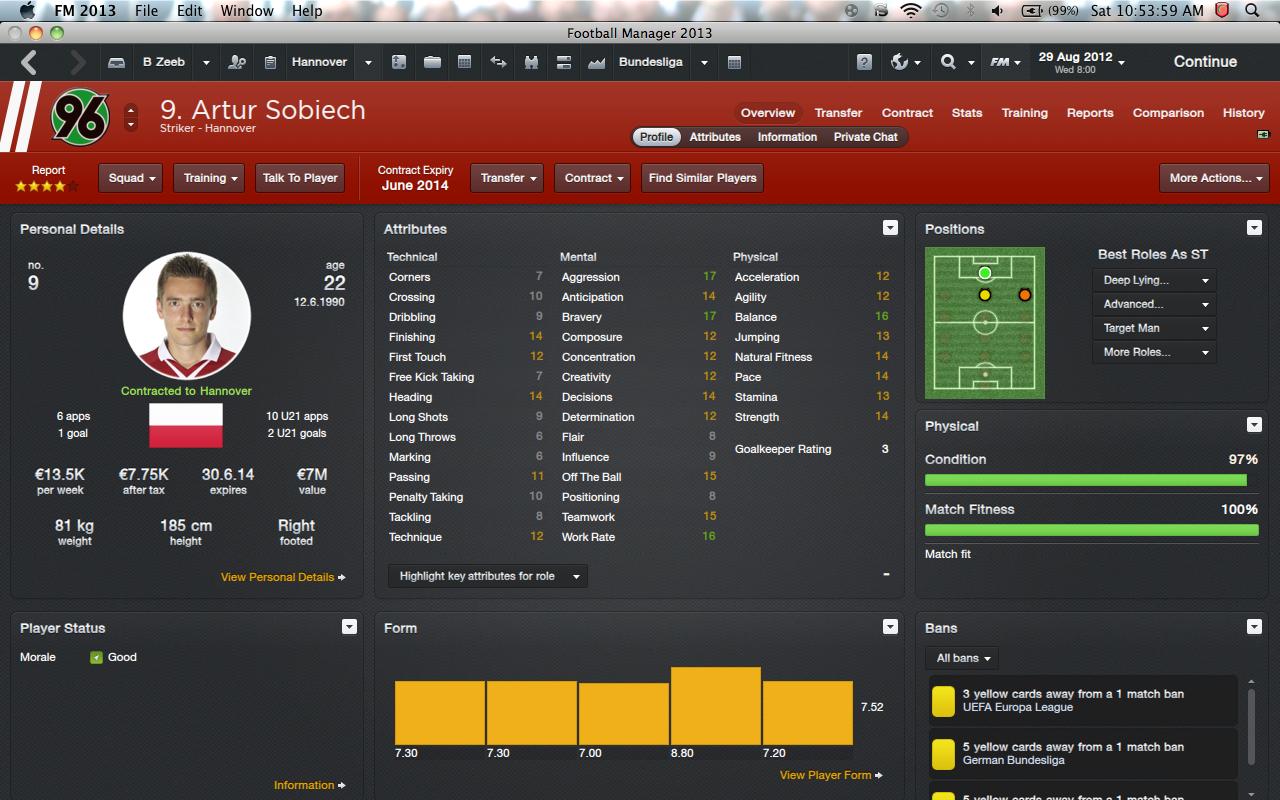 Their next fixture is against Slovakian team SK Slovan Bratislava in the Europa 3rd Qualifying round. First game taking place at the Pasiensky in Slovakia.

Glenn T
9 years
I was personally surprised you sold Ya Konan then I went back and looked at your 'Strikers' and now I understand. You have some pretty fantastic options in front!

Good story so far mate. Keep it up!
1
Login to Quote

Good story so far mate. Keep it up!

Thanks Boys
Login to Quote

The Slovakian team had no reply to Hannovers dominance in both games. Even when at home Hannover strolled into the Pasiensky and gave the fans a day to forget. Due to Bratislava's win against Videot in the 2nd Qualifying stage after being down two points post losing to Videot 2-0 away. Their come back in 2nd round sparked courage and confidence within the stands. Unfortunately for them they drew Zeeb's inform and confident Die Roten side. From there it went down hill.

I think I do
Login to Quote

Neal
9 years
Excellent wins, and I like the new style

Deleted
9 years
I like both styles so far. This one is more unique. Good Wins too
1
Login to Quote

Deleted
9 years
Not 100% with the new style the pictures are quite big which takes the focus away from the text underneath.

Other than that it's brilliant!
Login to Quote

Other than that it's brilliant!

I think I prefer the kits anyways. So Im pretty sure I am gonna switch back to that.
Login to Quote