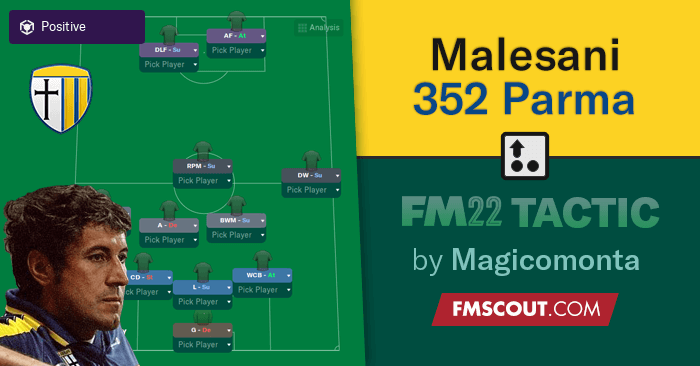 Today magicomonta will present the strategy in emulation of the last Italian coach who has managed to win the Uefa Cup; Alberto Malesani with the mighty Parma the 1998/99 season. 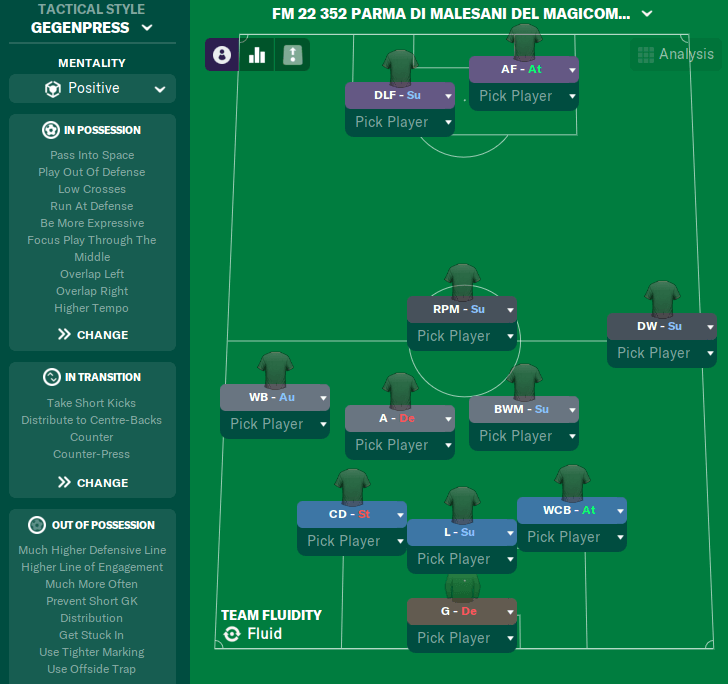 The development of the maneuver is to serve middle Veron, who as director of all free field to roam thanks to two dams midfield that has behind it Dino Baggio and Boghossian, switch the ball quickly to the tips with his throws or switch on the wing for the overlapping of the external Vanoli left which acts as a back fluidizing ready to attack every time that there is the possibility and to the right a more offensive hairpin as Fuser also ready to fold in to make defensive need. One of the secrets of phase offensive is the Thuram behavior that pushes very on the wing despite being the third of the defense.

In front of the pair it consists of Enrico Chiesa, which is a second striker who comes and sets out more tight angle to the left, great to make a link between departments but also to jump into the penalty area at the right time to help the bomber Frizz true center forward role.

When the team does not possess, once lost once the opponent trying to retrieve the press ball, being very high, thanks to the capacity (in particular Fabio Cannavaro) to anticipate his opponent covered behind the Sensini free. Vanoli is lowered on the line forming the defenders 3 to 4 line while Fuser and Veron remain in line with two median forming a midfield 4. But it may happen that fused is also lower on the line two defenders forming an introductory part in between 5. Chiesa the two strikers is replicating more to help the team on defense.

SEASON RESULTS, as usual with no transfers, without ever changing tactics before and during the match and without special training

Champion of the UEFA Cup

And then all the others in the video


I wait in the Telegram group with other enthusiasts
https://t.me/passionefootballmanager

Hello guys a hug from your magicomonta