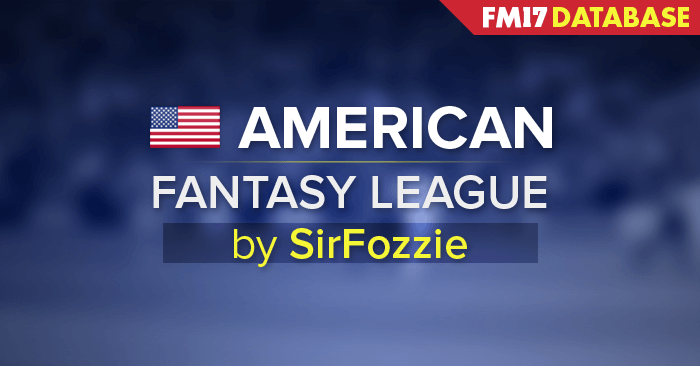 This is an alternate-reality American league setup. Fed up with MLS's arcane salary cap rules and bizarre player allocation/discover teams? Think the best teams should go up, and the worst teams should not get the best players, but instead should go down? This is for you!

This release has the following:

A 22 Team American Premier League, featuring all 22 MLS teams playing in 2017. (Los Angeles FC and Miami FC are not in this release as APL Teams, as there is not enough info going forward to make them)

Money is reasonable (prize money, and TV money in the higher division, but mostly game based money and crowd money in the lower leagues), and there are foreign player limits in all divisions.

B Teams, U23 and U19 Teams are not currently coachable (it was not generating fixtures after season one).

Reinstating the Futures Division and more leagues is on the development plan.

I have made additional changes with regards to initial budgets and transfer budgets. Next up is working out some more financial info, etcetera.

To play this game, I strongly recommend "Add players to playable teams."