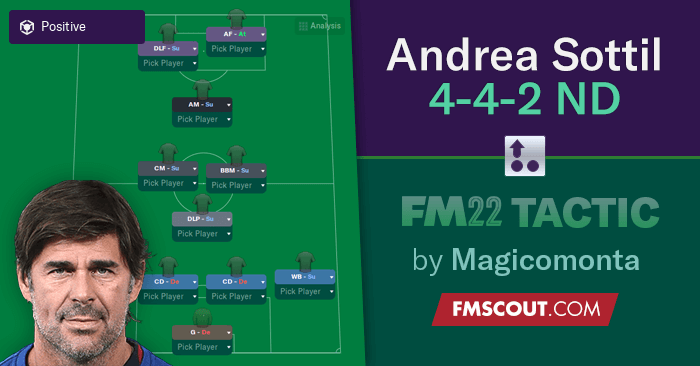 Good day guys, today magicomonta presents another new coach arrived in Serie A and it is Andea Sottil, the new coach of Udinese and could be a tactical revolution for the Friulian team.

In the Friulian club there could be a nice tactical change after the recent years of the 3-man defense with Sottil could return to the 4-man defense since the most used module by the coach is the 4312 (sometimes he removes the attacking midfielder to insert a defender and he too passes defense at 3 but it's rare) so let's look at the 4312 (also known as 442 narrow diamond).

During the construction of the maneuver, which is always from the bottom up to the opponent's half, the team goes to form two letters already known by those who follow me in the channel since we have found them no less than in the #grandetoro and I'm talking about the M and of the W but let's see how they are formed.

The low vertices of the W are the two central defenders while the 3 high vertices are the central playmaker and the two full-backs who are aligned with it, while the M of the advanced block is formed in the two low points by the two midfielders, the central striker by the attacking midfielder. and the high points from the two forwards (see both letters in the pictures).

The development after arriving centrally to the director is he with precise throws towards the full backs who in the meantime had risen very high or towards the offensive reference who plays on the bank for the second striker who plays very wide on the left or for the midfielder who joins the attacking midfielder attack the second balls thus forming a 2 (defenders) 2 (playmaker and midfielder) 5 (full backs, attacking midfielder and second striker) 1 (central attacking reference). 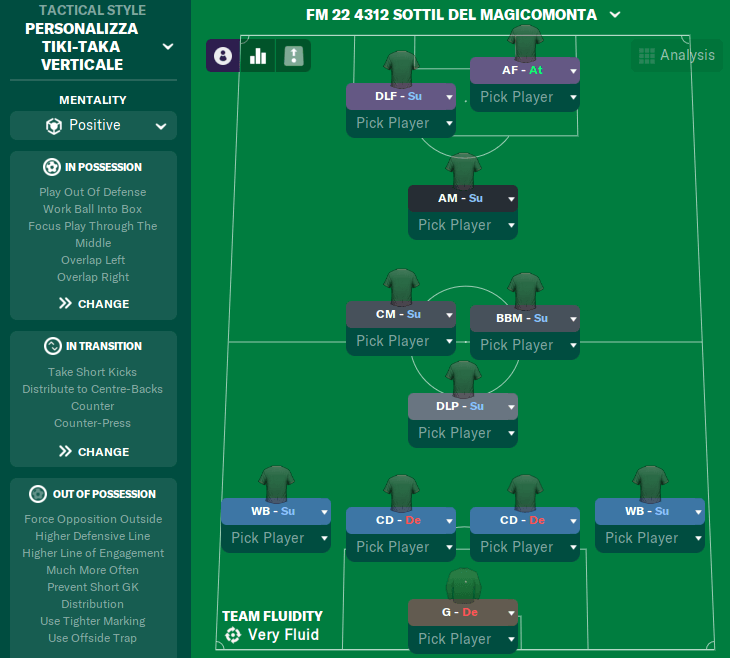 As always, I tested the tactics in Football Manager 2022 but I don't anticipate anything because we will play the season finale together in the video ...