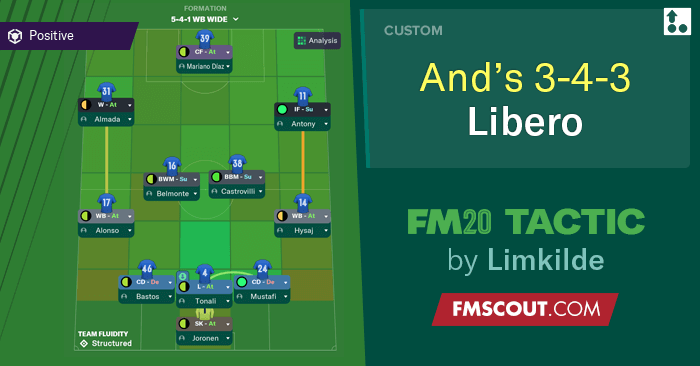 At first sight, not much really. However, all of the above were either inventions or re-inventions that disrupted the common standard of how football was played around that time. Like everything else, football tactics cluster up in trends and tendencies: then everybody plays a back of 4 and suddenly it changes to a back of 3, a classic striker becomes a false 9, wingers playing their favourite leg on the outer side and then on the inside and so it continues. People replicates.
However, the managers above are inspiring as they have managed to introduce flourishing and thriving tactics becoming state-of-the-art but not easily replicated or adopted by others. Of course, the most fundamental of the tactics were adopted by others as they are instantly trying to copy success, though the imbued tactical visions follow the manager. Success cannot be copied!

As I sit down and study these different tactics, I reach one conclusion: Football is an amazing game as there is no single recipe of how to play and succeed. All aforementioned tactics were extremely successful, however remarkably diverse. That is what inspires me! Defensive, offensive, possession or counter, it does not matter, if the tactic is successful it's beautiful. The goal is to decide on a specific way of doing things and then make it work.

This tactic is focused around building the entire tactic around an extraordinary playmaker.
How do you do that in FM20? - By using the most influential role of all: THE LIBERO. Who does not think of Beckenbauer, Scirea, Matthäus or Aldair without being amazed at how they orchestrated everything from their withdrawn position? And's 3-4-3 is my take on how to create a successful and thriving Libero tactic, with a strong playmaker being the focal point. The players in both central and wider positions should be roaming and creating space for the Libero to always have forward passing opportunities. Two centrebacks with a wide focus, cover for the libero and ensures defensive stability, while the two offensive wingbacks instantly push forward as he moves the ball up the pitch. The two central midfielders each supports the Libero positively, the BBM by roaming and creating space, whereas the BWM stays in position to keep some structure if the opposite team counterattacks. Two wingers give the Libero an opportunity of always being able to pass into the corner spaces behind the defensive line of the opposite team. When in possession one is played as an inside forward, creating chances on his own and getting into the box, the other as a regular winger, ensuring wide spaces and doing crosses. The final player is the complete forward, who needs to be quite a flawless player in terms of both technical and physical attributes, as he often is in the box alone since many of the other players are positioned widely.

This tactic has been extraordinarily successful in my games with respectively Brescia and Espanyol. I have played, Onguéné, Ajer and Tonali as Libero and all worked really well. I believe the tactic opens for the possibility of using a retrained playmaker with less defensive skills than the mentioned, as the tactic has two centrebacks to support him and generally few goals conceded.
If you like me loves to play an odd tactic compared to a classic 4-4-2 or 4-3-3, this is the right tactic for you!
I have spent hours on adaptations and minor tweaks to make it work to this extend. Try it now and please comment, suggest or share your experience with me.

All the best – AND 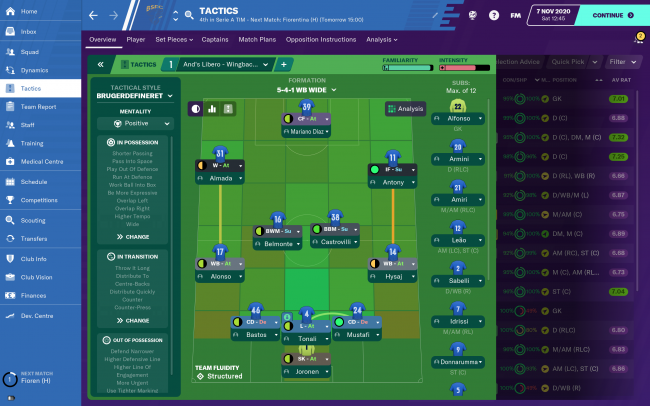 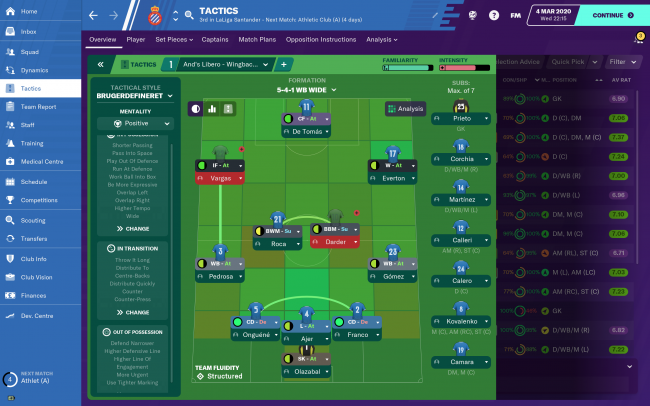 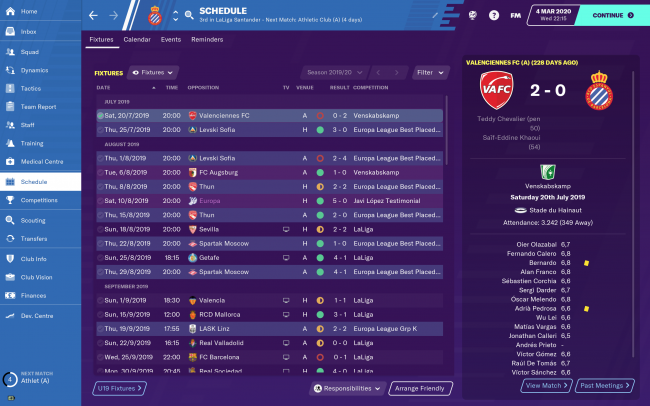 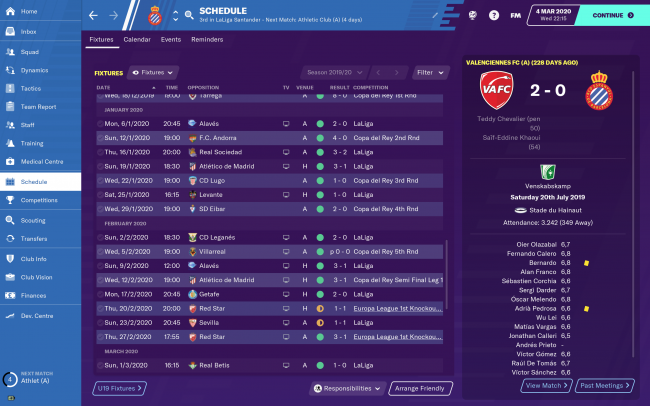