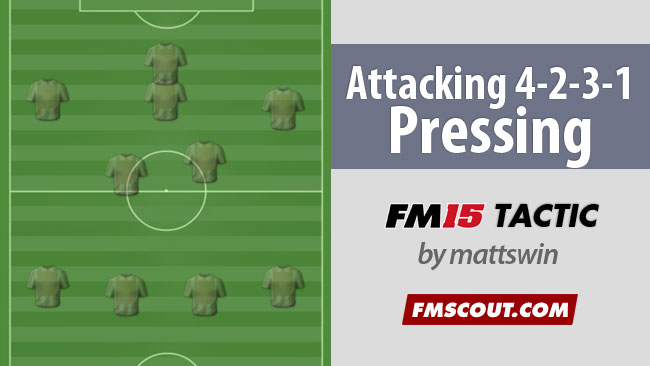 Hi guys, just uploaded the following tactic for you to check out / improve!

I've been reading about gegenpressing & this is my attempt at that high defensive line, high pressing tactic.


So far, working pretty well with Portsmouth in League Two however I've found that my team may score a few goals but I'm also conceded a few as well, kinda like a Kevin Keegan tactic (gonna score more than the other team).

You could probably switch the Raumdeuter to either AMR or AML depending on which is your strongest side / best player to fit that role.

Let me know what you think & any improvements are welcome.