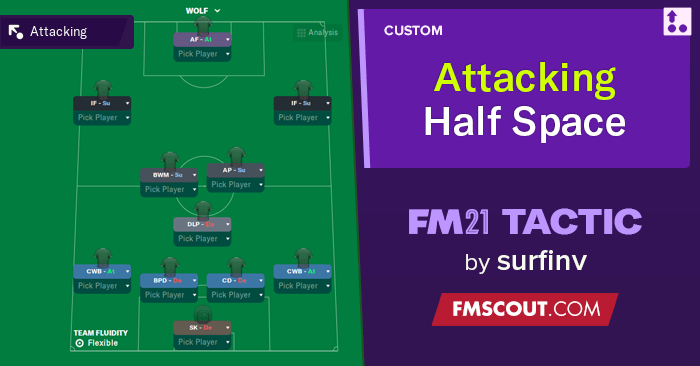 I combined most attacking element from most dependable tactics and strategy from this masters.
This Tactics use Attacking all the time, and very attacking when opponents loses mentality and play on their backfoot.
Use Very Attacking for 2 scenario - left behind and seeking more goal and forcing opponent mistakes on their side, on the positions, when your team off the ball. (Gegenpressing + Counter Attacking) Ref: Klopp, Ferguson.

Defend on the front foot, starting from striker and sometimes second player (AM, IW) to forcing GK and defender mistakes, your midfield and flanker will harassed the opposing player through the match except, your DLP (Defend) that will sit between attackers and defenders and offer wide area, outlet for pass rest and sometimes will take a risks with long pass-break defend (but until now i still cant get them to unlock through passing centrally, only my GK and BPD achieve that, De Gea normally make a assist when facing higher line of defender. (tiki taka + Gegenpressing + Sacchi, Cruyff) ref: Guardiola, Klopp, Bielsa, Sacchi.

Possession - if you have suitable flanker that good on dribbling and BWM or DLP that not always lose the ball you`ll achieve more than 50% possession. But I like to be more direct on passing that's the key reason my team not wins on possession but still achieve higher completions of successful passing, that's the reason this tactic foundation using vertical tiki taka. If you team can't keep the ball, your team lose opportunity on attacking chances.

And i like my player to be more creative especially from outside to inside the area and within central. sometime you will see you BPD dribbling higher up on the right side. you Wing Back will venture through the near pose as close as he can and you AP will sometime do a spectacular (most notable; Cook, De Bruyne, De Jong) - Ref. Bielsa, Sacchi and Cruyff.

Basically, this tactic intend to attack like Klopp, Counter Attack like Ferguson, Retaining ball on opponent side like Guardiola, exploit the half-space like City and Barca, Aggressive Defending like Dortmund, Liverpool, and every player will master every side on the field and will do every task as another elevens like Bielsa and Sacchi, and of course be more entertaining than just winning the game, win in style like Cruyff. 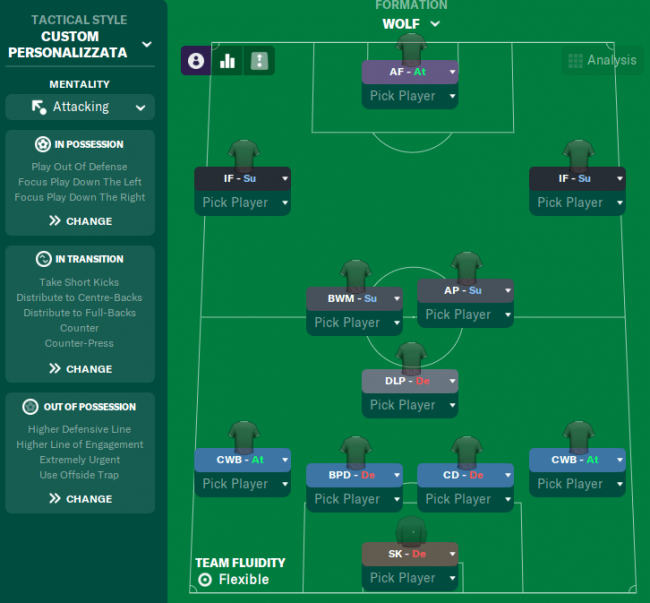