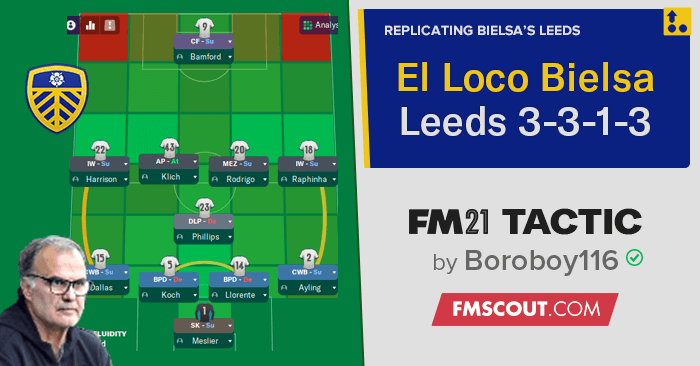 Marcelo Bielsa's footballing philosophy is not too dissimilar to that of Johan Cruyff. Bielsa loves his teams to play with an aggressive press and a high tempo possession style.

Under Bielsa Leeds have employed an aggressive press to squeeze and suffocate their opponents. This highly aggressive pressing was not the norm in the championship with teams usually preferring to regroup and get men behind the ball before counter-attacking. Many people questioned if Leeds could continue to play this way in the Premier league and they have proven they can.

Check out the video below for a full tactic breakdown including instructions and results.