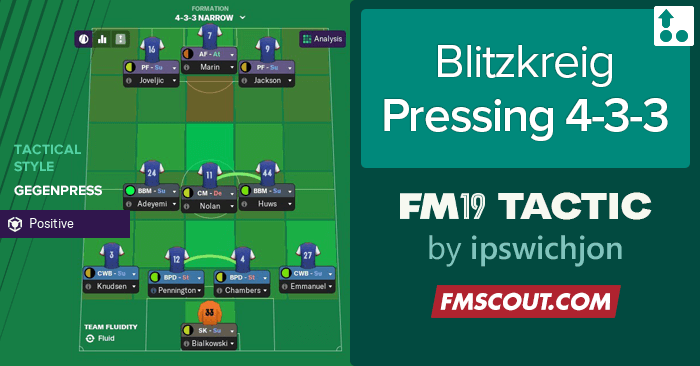 I usually use other people's tactics, but after seeing my own mighty Ipswich Town rip into Reading a couple of weeks ago I was inspired to recreate that style of play in FM2019.

First of all, this is very high energy, you will need players with high team work, work rate and fitness at FB, midfield and up front. The aim is to press the opposition into mistakes and create chances.

I was using another tactic from here (unstoppable attacking) and another from Sigames (Quantum) which were pretty successful, but since I switched to my new tactic for the West Brom match I've been blowing teams away! Ipswich are predicted to finish 20th and have the 6th lowest budget in the division. 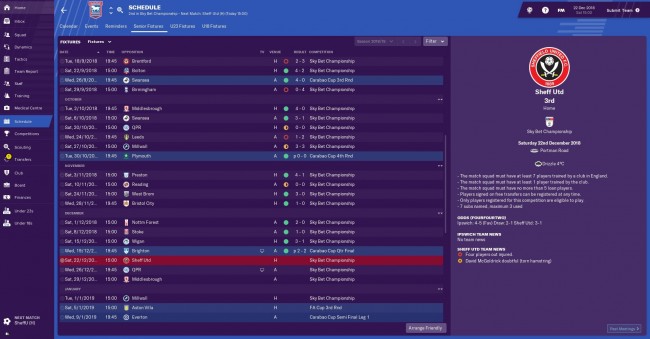 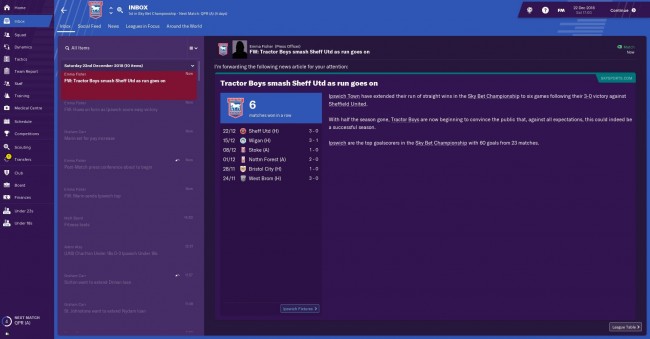 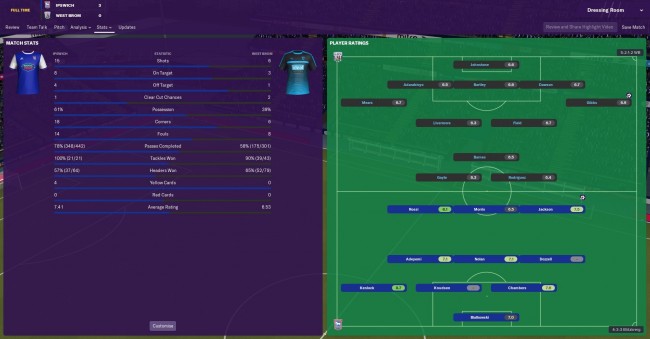 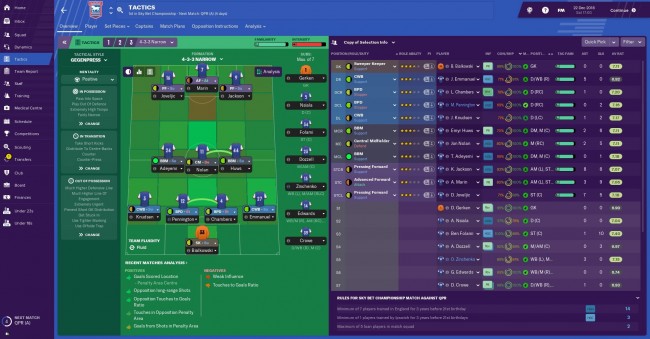 It's okay to tweak player roles to suit your squad but keep the nature of the players role the same e.g. a deep lying playmaker set on defend can take on the role of the centre midfielder on defend.

I would leave the pressing forwards alone though as their instructions and role are key to winning the ball high into enemy territory.

Finally, be prepared to rotate, especially your fullbacks who cover acres of distance!

Team talks I always encourage unless we're losing at half time. I never use opposition instructions.

All the best, hope it helps some of you.