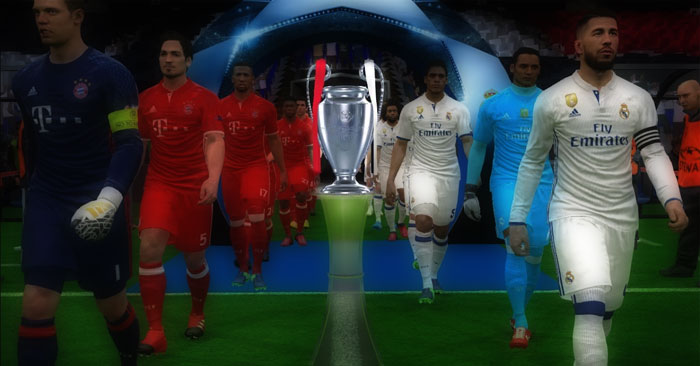 The Champions League has reached its final stages with only eight teams remaining alive in the competition. The first legs of the quarter-finals kick off later today as the giants of European football lock horns against each other.

While the likes of Real Madrid and Barcelona are the usual suspects in the business end of the Champions League, Leicester City and Monaco’s deep progression into the knockout stages has been a surprise. With the scale of the battles in the quarters, it is difficult to predict who will progress into the semis. These previews at Enhanced Bets could come in handy.

Here we take a look at all four quarter-final match-ups and analyse which team will make it into the semi-finals.

This tie is among the hipsters’ favourites as two youthful, attacking teams square off to each other with a place in the semis looming.

Thomas Tuchel’s Borussia Dortmund are on the back of a 4–1 thumping at the hands of domestic rivals Bayern Munich, and they will look to pick up their confidence with a good result in the first leg at the Signal Iduna Park.

Monaco, like Dortmund, suffered a similar fate at the hands of Paris Saint-Germain in the French League Cup final earlier this month, but two wins against Lille and Angers since have somewhat put them back in the groove.

With the likes of Ousmane Dembele, Pierre-Emerick Aubameyang, Bernardo Silva and Kylian Mbappe in action, this tie promises to be a tasty affair at the very least. Dortmund are slightly more experienced as far as the Champions League is concerned, but it is Monaco who have impressed the most this season.

The first of two titanic quarter-final ties pits Italian champions Juventus against their Spanish counterparts Barcelona. Juve, as always, have blown away the Serie A and come into the game having lost only twice this calendar year.

Barcelona, meanwhile, suffered a setback last weekend in a 2–0 loss to Malaga, but current form is the last thing to look at in a game of this magnitude.

The Catalan giants scripted an epic comeback in their last-16 tie against PSG when they obliterated a 4–0 first leg deficit with a 6–1 win in the second leg. Against Juve as well, Barca have the second leg at home, hence the Italians must be wary of not letting the game slip at their home.

This is probably one of the easier draws as far as Atletico Madrid are concerned, but Leicester City are on some sort of a mini-resurgence ever since they let their Premier League-winning manager Claudio Ranieri go.

The Foxes, under the management of Craig Shakespeare, have won six of their seven matches under the Englishman and knocked a Spanish team, Sevilla, out in the previous round.

Diego Simeone’s Atletico have become Champions League knockout stage specialists over the past few seasons, having made the final in both 2014 and 2016. In Leicester, they’ll face a team that don’t attack relentlessly, hence it will be interesting to see how Los Colchoneros alter their reactive approach in the two legs.

Carlo Ancelotti will face his former employers in a bid to deny them a shot at back-to-back Champions League triumphs. Bayern have dominated their Bundesliga competition this season, as evidenced by their weekend win over Dortmund, and Real Madrid will prove to be a test of how far the Bavarians have come under Ancelotti.

Zinedine Zidane was Ancelotti’s assistant when Real won La Decima in 2014 and will be keen to get one over his former boss. Madrid have led La Liga for the majority of this season, but their performances have fluctuated from brilliant to abysmal.

Last weekend’s home draw against Atletico will have raised concerns for Real ahead of their clash with Bayern, but their unbeaten record so far in Europe this season will be a big boost.

Bayern lost to Atletico in the group stages the last time they visited Madrid; therefore, expect Zidane to employ a more pragmatic than usual approach to get the job done.