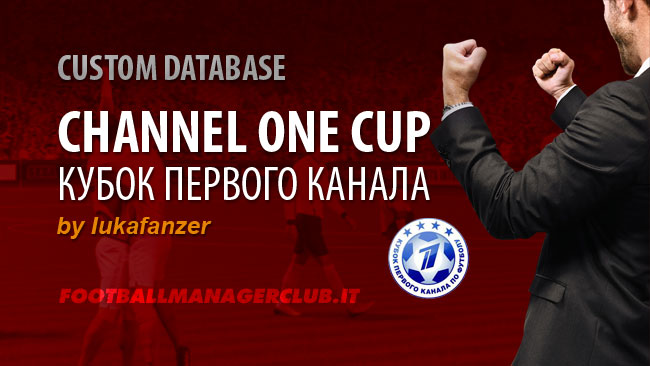 The Channel One Cup (Russian: Кубок Первого канала, Kubok Pervogo Kanala) was an annual pre-season commercial football tournament, organized by Russian TV Channel One and Roman Abramovich's foundation, the National Football Academy. The participants were champions and runners-up of the Russian Premier League, Ukrainian Premier League and Israeli Premier League. The total prize fund was about two million dollars, with the winner getting one million. The cup rules specified that at least half of the prize money must be channeled into developing young players.

The tournament was cancelled in 2009 due to a financial crisis. However, its legacy remained in the context of trying to create a united championship involving former CIS countries. The format set by the tournament was used in 2013 when creating the United Tournament, which was named by some as a "reincarnation of the Channel One Cup".

Extract the downloaded file using 7-Zip for Windows or The Unarchiver for Mac.
Move the .fmf file to your editor data folder:

Discussion: Channel One Cup for FM15