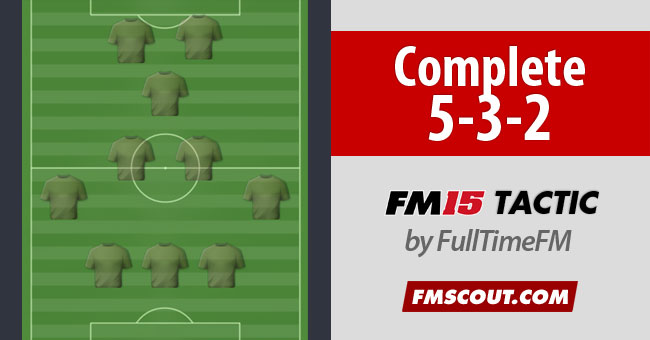 Hi guys, here is a 'wing back' based tactic that will make your team strong at the back and lethal upfront.

The tactic was inspired by Italian giants Juventus. van Gaal also used this tactic with Holland at the World Cup and came 3rd place. I have been using it in my Manchester United career and it works very well in the Premier League, as most Premiership teams play with a 442 or 4231 setup and can't cope with the structure of this formation.

Here is an insight to how the tactic works. 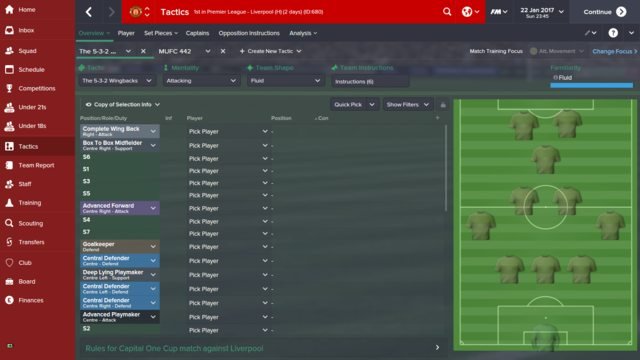 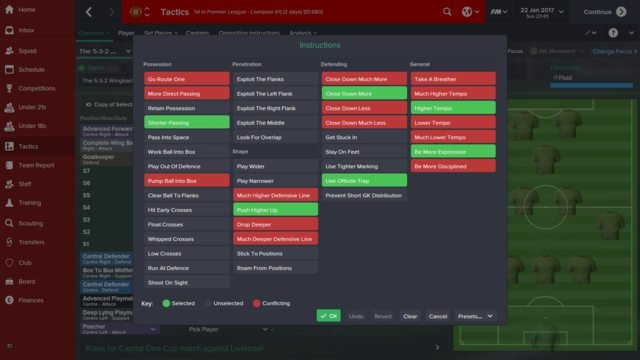 Short Passing
Keeping hold of the ball is key for this tactic to work, only one player in my team is allowed to hit longer passes and we will come to that later.

Push Higher Up
Pushing higher up keeps the opposite team away from your goal. This also allows your 3 centre backs to stay near the half way line and intercept any long balls that the other team may use.

Close Down More
Closing down puts the other team under pressure and does not let them build an attack from the back.

Use Offside Trap
Because your defenders are pushed high up the pitch, it is very important to use the offside trap. This makes it hard for the other teams strikers/wingers to stay onside and will push them back as they try and stay onside.

Higher Tempo
Moving the ball round quick will tire out the opposition team as they run round like headless chickens trying to win the ball back.

Be More Expressive
Football is always more entertaining when the players are allowed to express themselves, this will give your team a good brand of football that looks good to watch.

Here are the player roles and how each player is an important cog in the machine.

Keeper
The keeper must b able to command his area as he has 3 centre backs in front of him. Good reflexes, handling, positioning and concentration are also important attributes.

Centre Backs
I like to call the 3 centre backs 'The Wall' as they form a 3 man wall protecting your goal. They must have good anticipation attributes as they will be sweeping up long/through balls, good composure and positioning are important also. I have instructed them not to close down as much as the rest of the team as you don't want one of them coming out of position and leaving a gap for the opposition players to exploit.

Wing Backs
2 very important players in this tactic. The wing backs will supply the width for your team. Crossing and dribbling are a must for them to do a good job. The wing backs will push up when you have the ball and hug the touchline, making the opposition full back come out of position leaving space for your attacking players to exploit. They will also track back and help defend when you don't have the ball so stamina (as they will be up and down the pitch on a regular basis) and tackling are important attributes. The wing backs will get you a lot of assists and your strikers will love them

Carvajal, Alves, Alaba and Mareclo are good examples for a good wing back. If you don't have a wing back in your team, train them to play in that position. 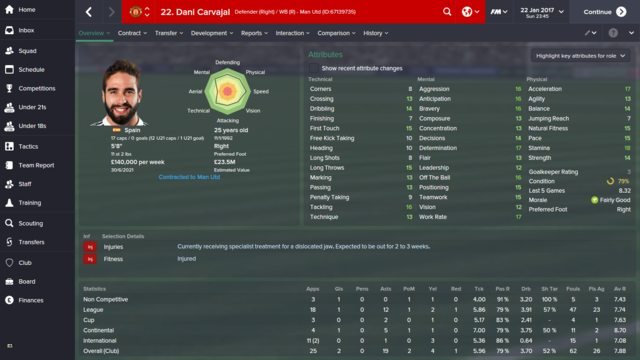 The Box to Box Midfielder
The box to box midfielder will help protect your defense when you're not in possession and help the attacking players when you have the ball. There are not any stand out attributes for this role as he will be doing a bit of everything, however he must have a good set of lungs and not tire out easily as he also will be up and down the pitch. Pogba, Vidal and Yaya Toure are good examples for this role.

Deep Lying Playmaker
The engine of the team. This player will control the tempo of the match and also supply your attacking players with through balls. He will always be in space to receive the ball and recycle possession. Plus, he will track back and help out defenders when you don't have the ball. This is the only player in the team allowed to play longer passes. Positioning, passing and anticipation attributes should be good for him to do a good job. Pirlo, Carrick and Xavi are good examples for this role.

Advanced Play Maker/Trequartista
This player will help feed your strikers and also get a few goals for himself too. If his finishing attributes are not so good use him as an advanced play maker, if he can finish set him as a trequartista. He will find little pockets of space giving him a chance to look up and pick out a pass and also arrive in the box late looking to shoot if the ball drops near his feet. Mata, Gotze, isco, Silva and Ozil are fine players do this role.

Poacher
The poacher will stroll around the box waiting for crosses and through balls to get on the end of, so he must be able to finish and head the ball. Off the ball and first touch are also important as he will be looking to lose his marker giving him a chance to shoot. His main aim is score goals so he won't be tracking back. Falcao, Chicharito and and Cavanni are good examples.

Advanced Forward
The advanced forward will do a bit more work than his strike partner, he will move around the pitch a lot more and also help supply the poacher. He should be quick and be able to finish, be good off the ball and be able to cross. Lewandowski, Suarez and Tevez are good examples.

The set pieces are set to cross the ball in the 18 yard box with the big centre backs looking to get on the end of it.

Here a few screenshots, results against big teams, player stats, the league table and player awards. As you can see in the league we are scoring plenty of goals and conceding few. 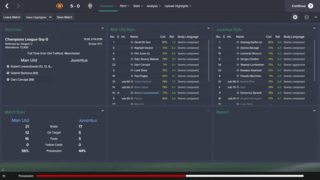 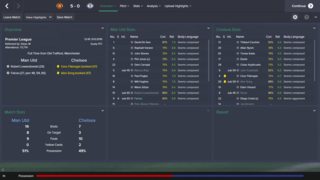 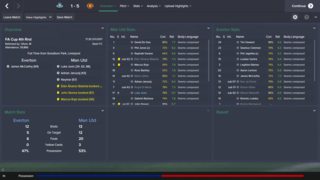 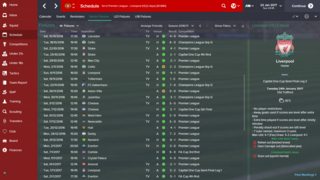 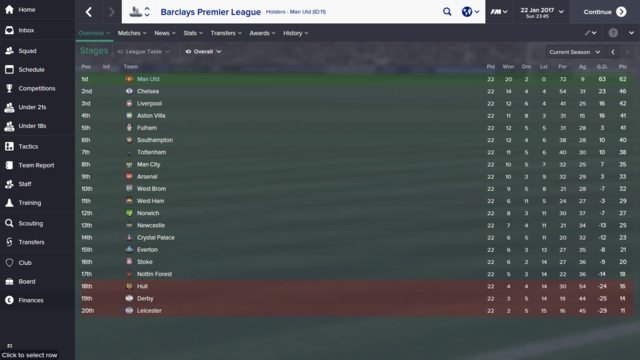