Search
On FM Scout you can chat about Football Manager in real time since 2011. Here are 10 reasons to join!
Home › Articles › Opinion › FM Concerns ↓ 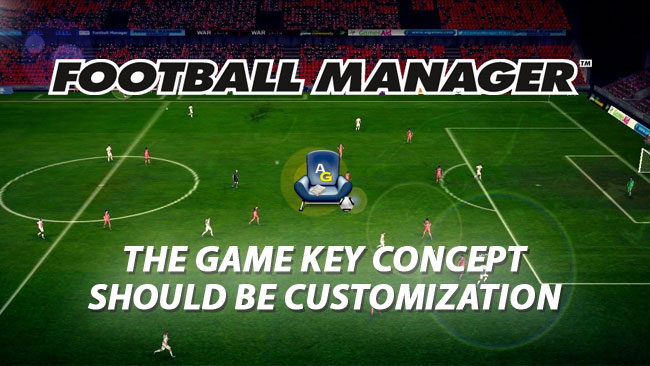 We're getting closer to Football Manager 2015 release and after the official new features video from Sports Interactive, it could be the right time to talk about the game recent past, present and future.

I'm not particularly bothered about motion capture, moustaches or 3-D stadiums, the game key concept should be customization, or freedom to play if you prefer, this is what I'm asking for and this is where SI recently failed.

It's clear to me that FM14 was a point of no return for the game, sliders are gone and without them tactical options have been hugely reduced, early impressions from this year game confirm that.

Basically the game is dramatically changing from a "sandbox" football simulator, where everything was allowed, to a puzzle where you're supposed to play the game "properly" following courses charted by SI coders; free will is definitely a thing from the past.

The word realism has been repeated like an old mantra here, "we did that for realism" this is the answer I often received when moaning about the lack of tactical options in FM 2014, but I'm still not convinced.

The ambiguous chase for realism has nothing to do with limiting customization, is simply the wrong answer to a real problem: bugs and match engine exploits.

If you can't iron out exploits writing a better code then you simply oblige the players (managers) to make some pre-determined choices that won't hurt the match engine, this seems to be SI developers master plan lately.

The whole "new roles" thing goes in that direction.

New roles are a massive joke and mean nothing to me, if I decide to employ a right midfielder on the pitch I should be allowed to set him as I like, without greyed out options in the tactical panel, I could mould him as a defensive winger or as a wide midfielder but my own definition of defensive winger could differ a lot from SI football experts one, FM 2014, and probably FM 2015 will be even worse, gives you very limited chances to do that.

The same thing happens when a single team instruction changes several settings, to make an example if you choose to adopt an attacking mentality, width, defensive line, closing down and passing length will be modified as well, of course you could try to tune your tactic adding other team instructions but probably the final outcome will be in a total mess, mainly cause you have no visual reference that could hep you to know and understand your post shouts global settings.

More control? More realism?
None of the above.
We're losing the ability to play the game as we like, surely a big loss.