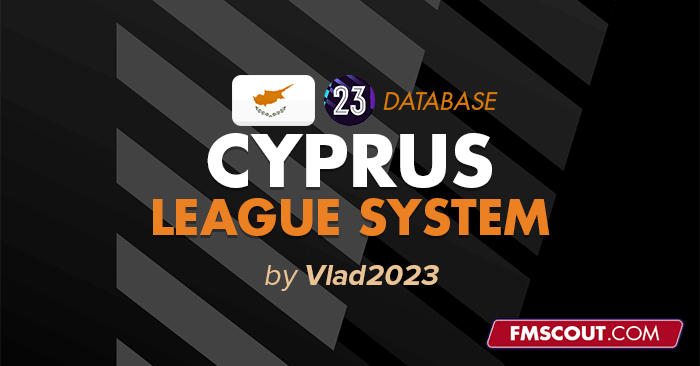 This file adds the top 3 Cyprian Divisions, the National Cup & Super Cup, the top 3 Youth Divisions and the National Youth Cup.
I've tried to recreate everything as realistic as possible using the rules and dates provided by the CFA on their official website.


I recommend to activate the "Add Players to Playable Teams" option since 3 clubs without any players were added to the third division and need to be filled up with players.
The file was tested in a simulation of 15 years and since I didn't see any bug or game breaking problem, the file should be good to go for long and short term saves! 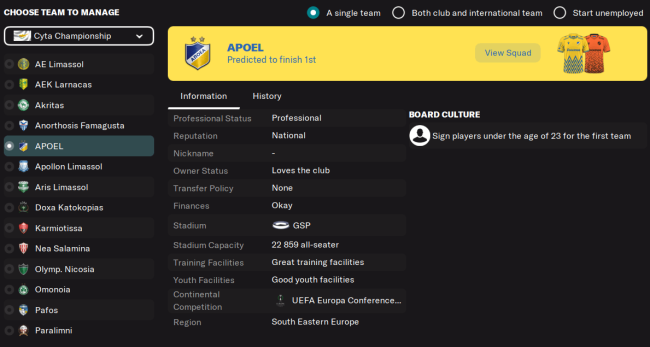 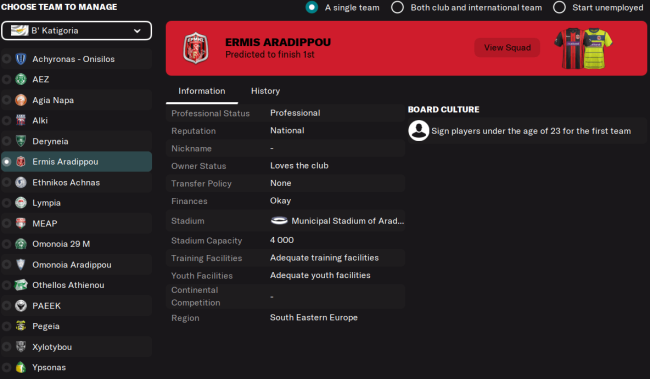 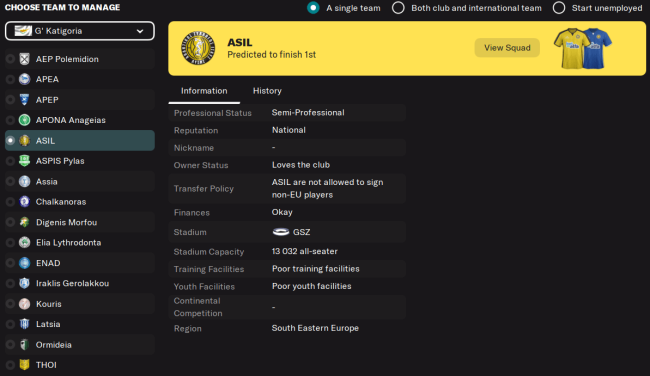