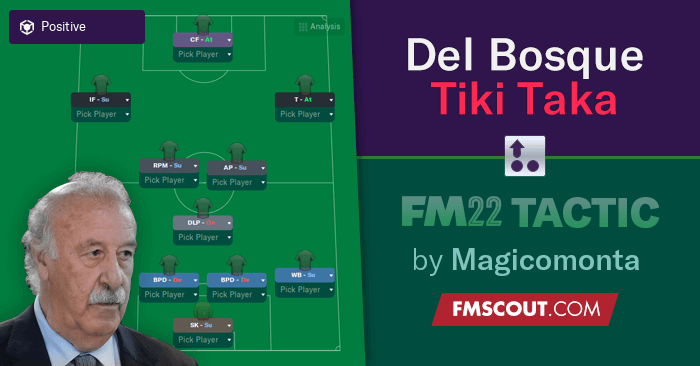 If it was Guardiola who introduced us to tiki taka, we must thank Del Bosque if we still hear about it since he took the ashes of the Barcelona game of Guardiola which that year was shipwrecked under the 7 goals conceded by the Bayern Munich and from the many teams I had figured out how to stop that game. Obviously given the backbone of Spain made up of many Catalan players, he has not completely distorted that diktat but rather, he has improved it and let's see how:

Starting from the basic module 433, the setting from below with the triangle formed by the 2 central defensive units and the low director in the median was less forced since this is precisely one of the shelters found by the Barcelona matchmakers who immediately pressed on the director with spikes and midfielders then decides to go more directly towards the striker or the attacking winger, often managing to find the opposing defense unprepared.

Here is one of the most important changes made by Del Bosque, that is to bring the striker into the maneuver unlike in previous years where the striker was excluded from the maneuver that thanks to the protection of the ball allowed the midfielders the extra insertions a real winger was not used (often in that role Fabregas played, who was very close to being an attacking midfielder and thus helping the typical phrasing of the classic tiki taka giving a double solution to the ball carrier which can be the pass or the insertion pal the to the foot in the space created by the movement of the companions.

This rapid verticalization towards the tip makes even more dangerous people like Xavi, Iniesta and Busquets who advance his range of action by about 10 meters. In practice, to also return to FM, if in our tactical styles we have the vertical tiki taka we have to thank Del Bosque because this is the case, narrow phrasing yes, but finalized and vertically not horizontal plus the tip becomes an integral part of the game. 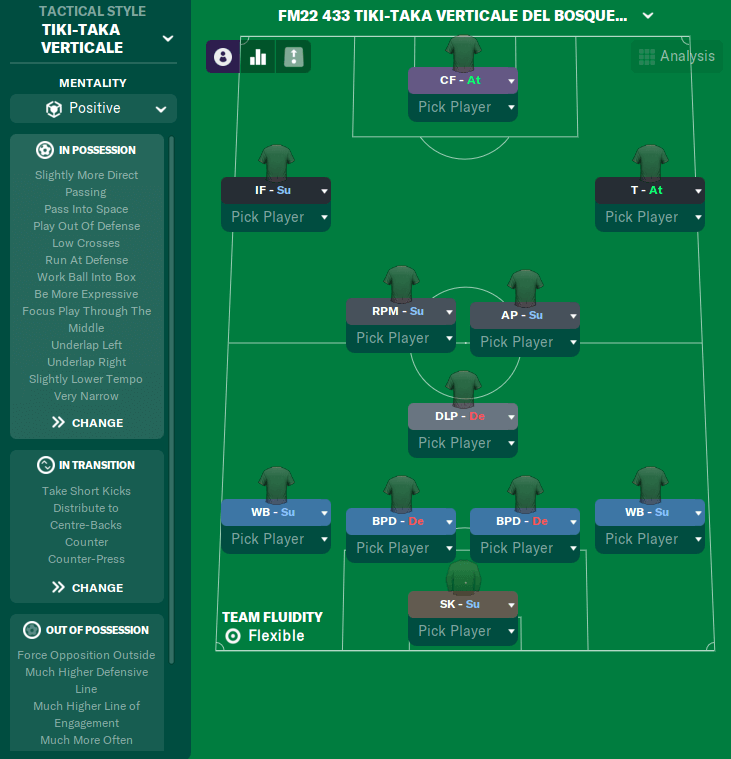 Let's see how the World Cup and the European Championship played in FM with my emulation went (in the video you will also find the explanation of the tactics).

EXPLANATION IN THE VIDEO