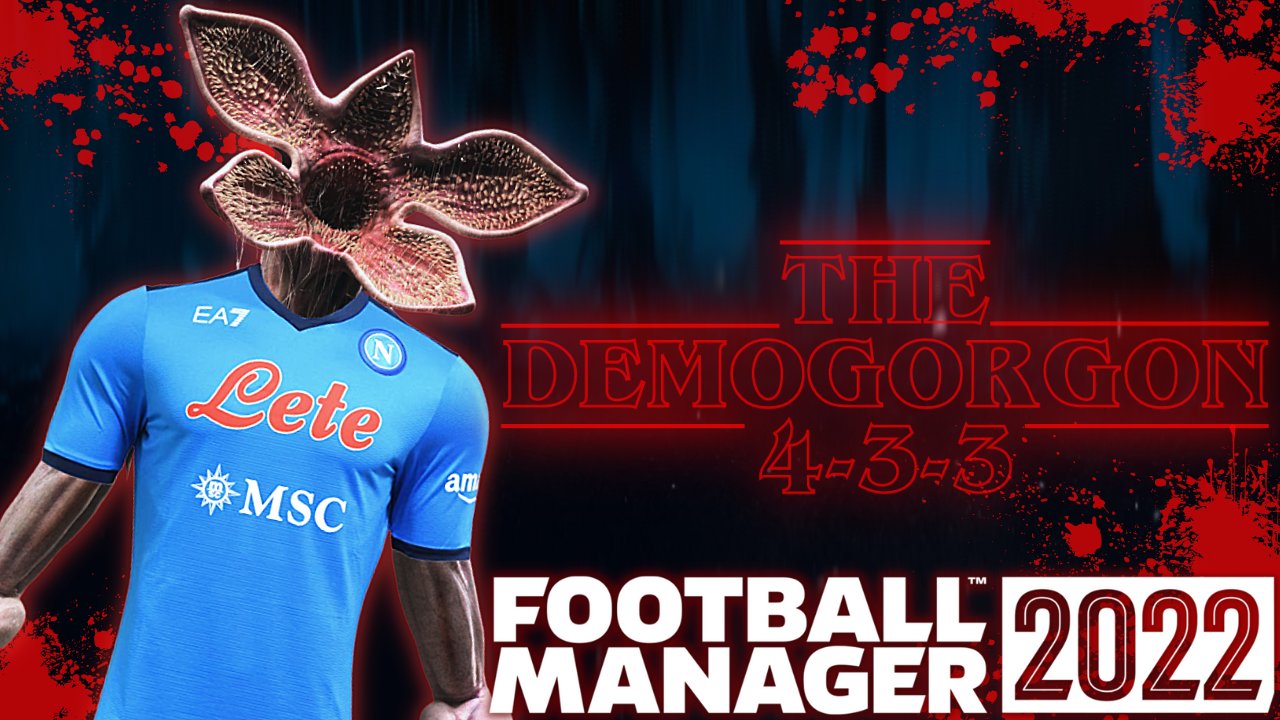 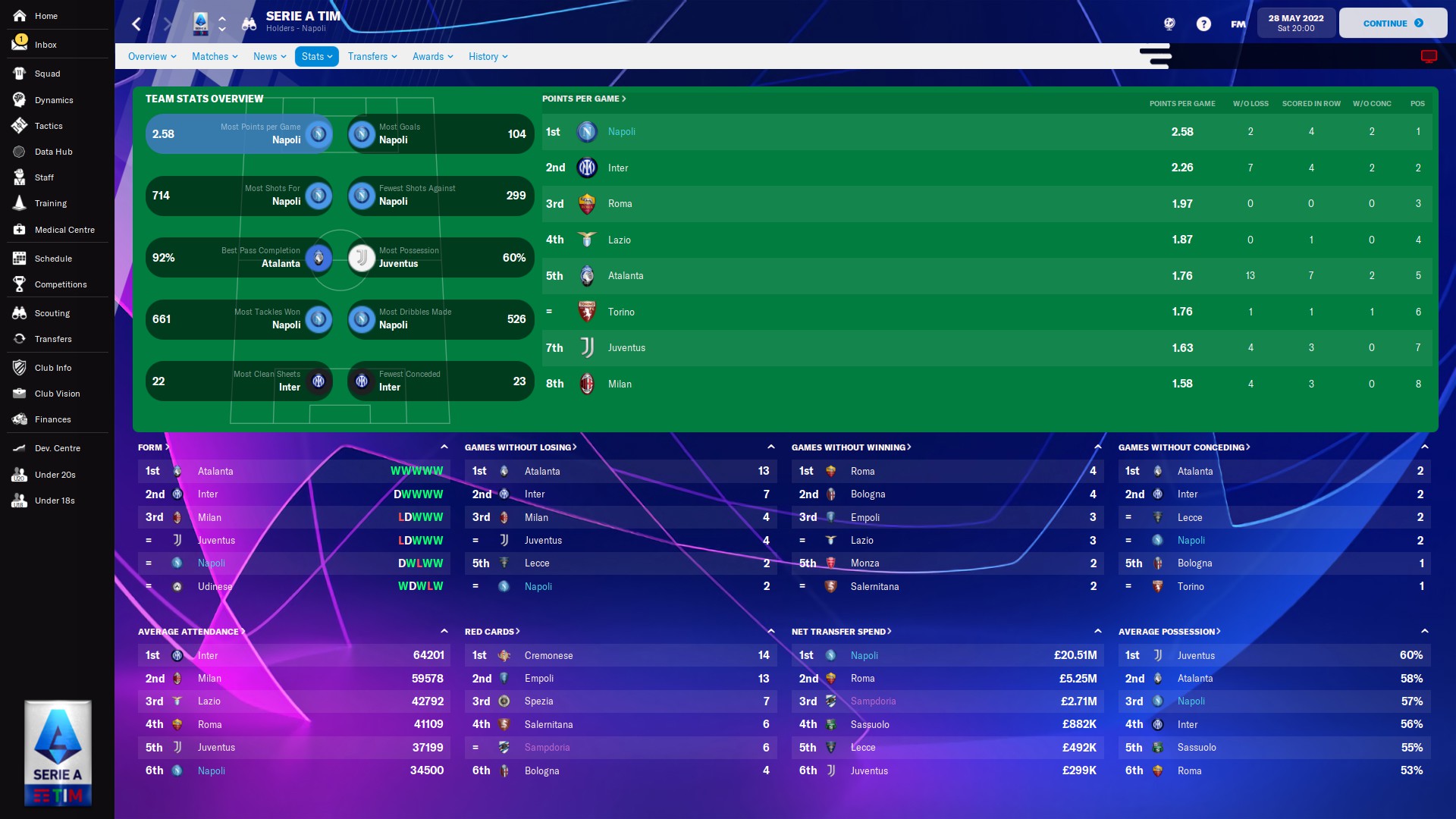 It's been 32 years since S.S.C Napoli aka Partenopei won the much coveted Serie A league title. The club have been striving to find a regular Champions League football whilst attempting to overturn the domination of the Milan clubs and Juventus, striving to be he best of the rest. 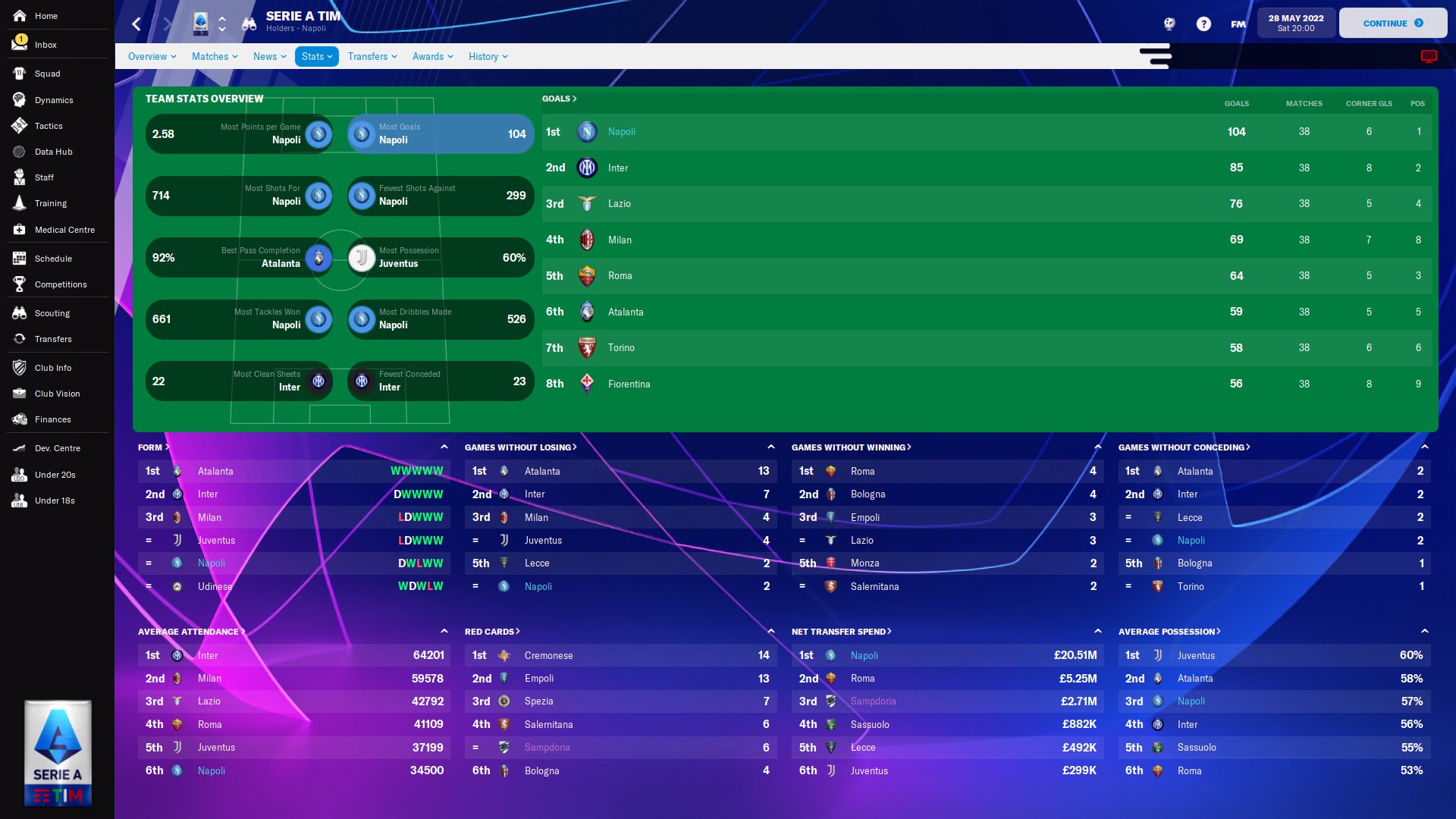 This monster tactic saw 32 victories, 2 draws and only 4 defeats over the course of a 38 game season. It also brought plenty of goals for the Partenopei fans to enjoy, with Napoli flying high with 104 goals and only conceding 27, resulting in a GD +77. 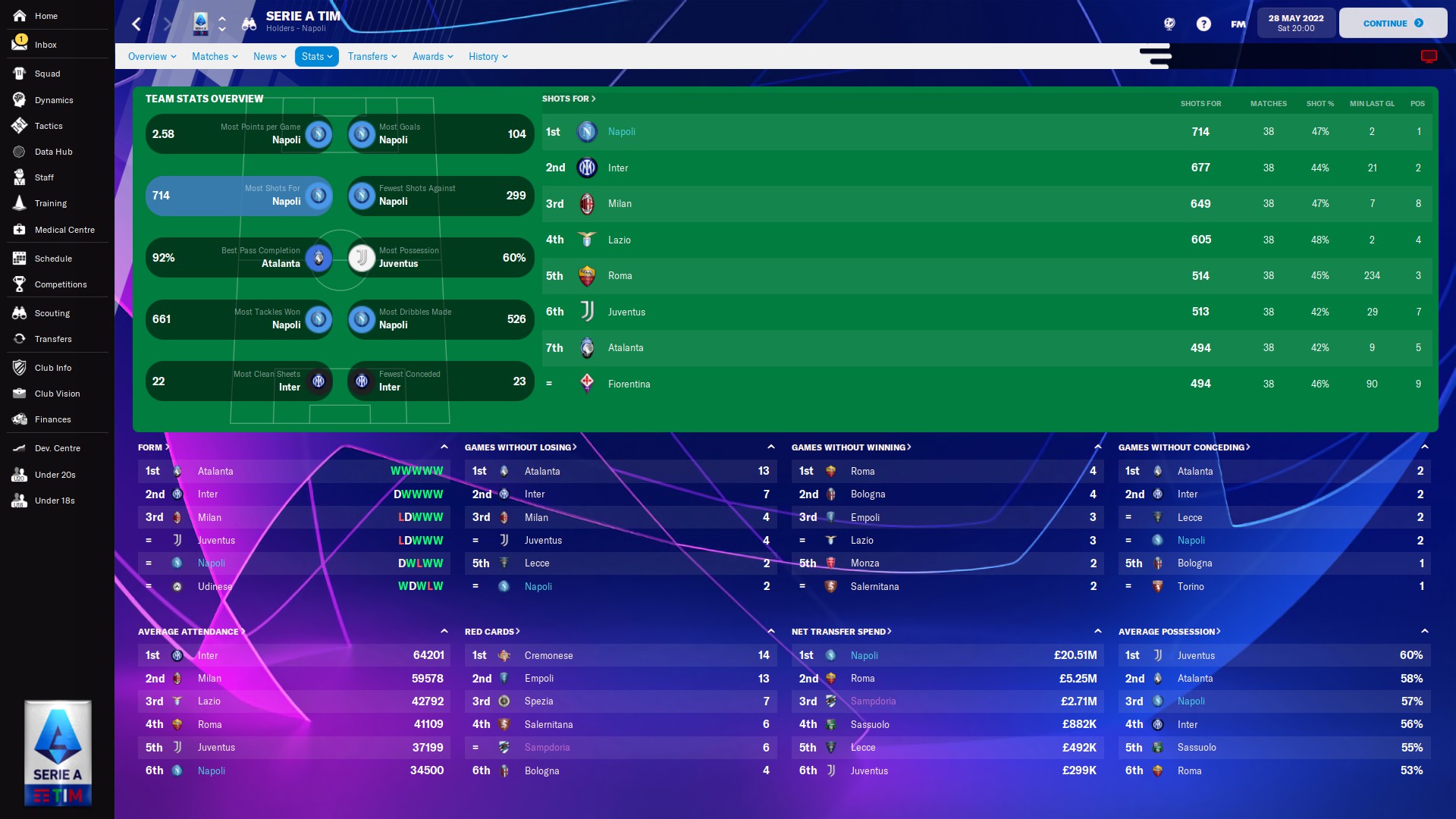 Partenopei fans will testify to a tight, robust defence alongside a sexy brand of hellish attacking flair, with beautiful one-touch football being played in and around the area that resulting in a flourish of goals. 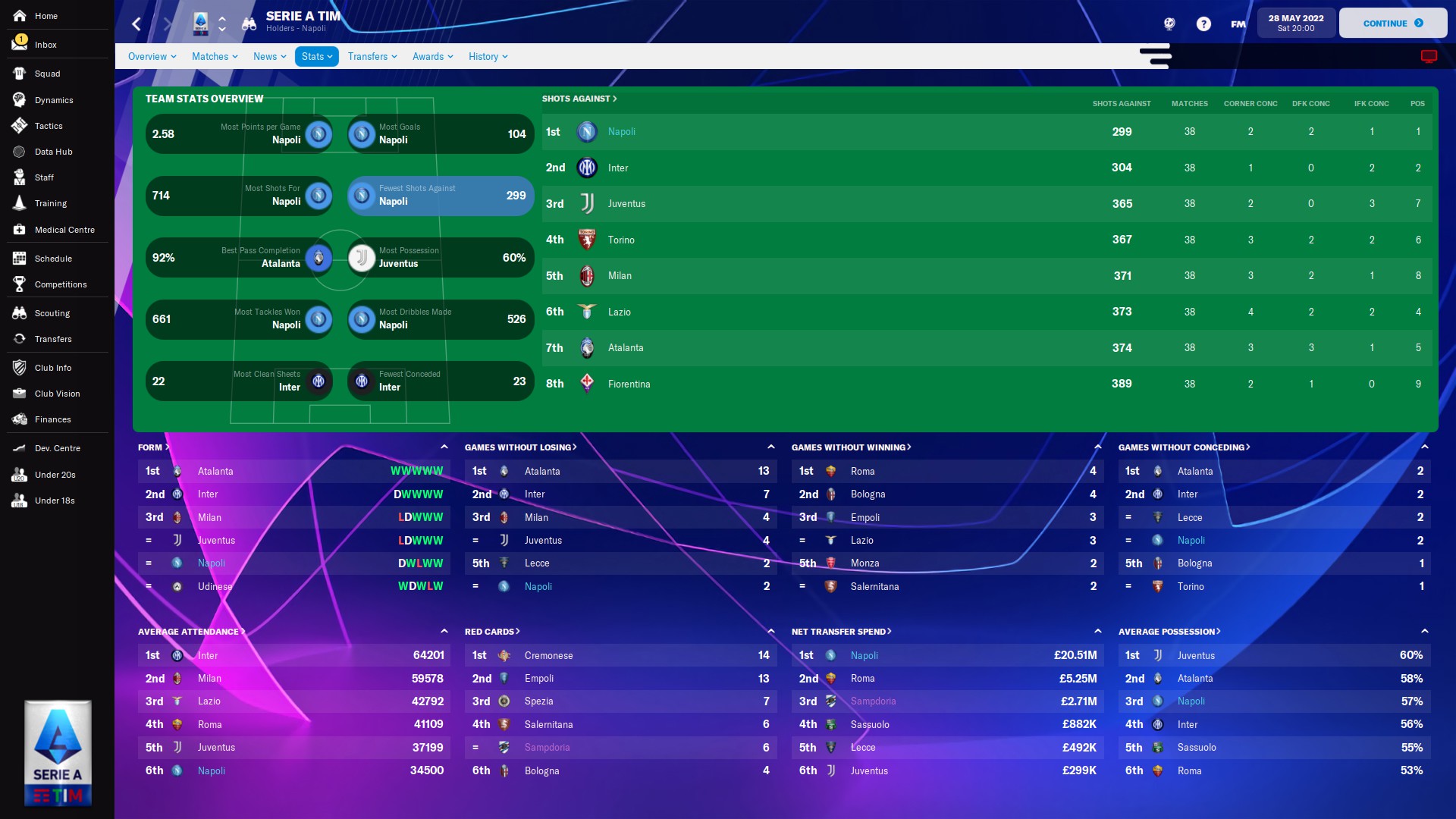 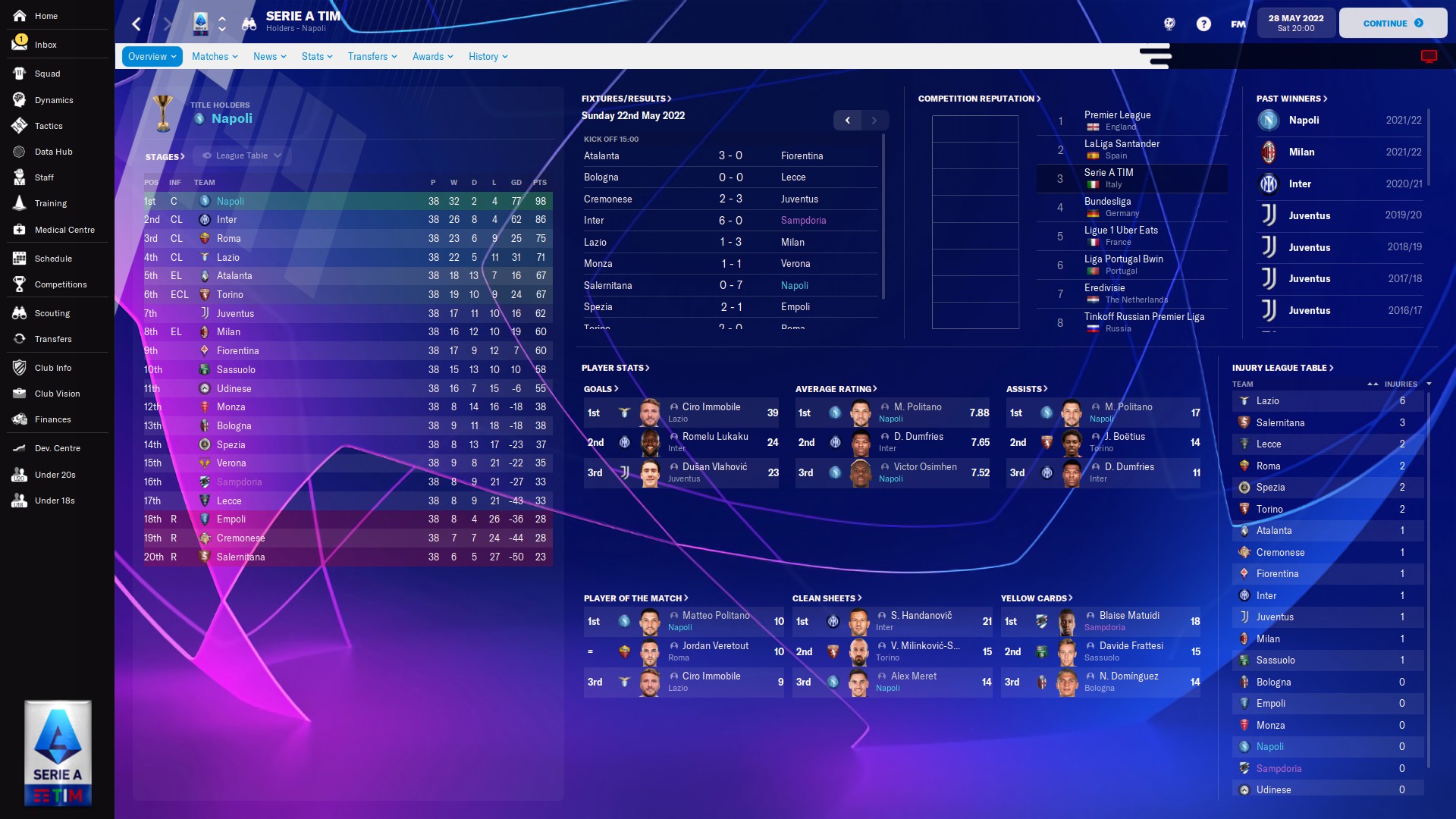 The AF scored goals for fun regardless of whom the front man was, whether that was Osimhen, Cavani or Goncalo Ramos. Not only was goals guaranteed, but also plenty of unselfish runs and dynamism shown for creating space for the IW's to make inward runs causing chaos but also creating space for the CM to maraud forward, often scoring out of this world screamers from all sorts of distances, 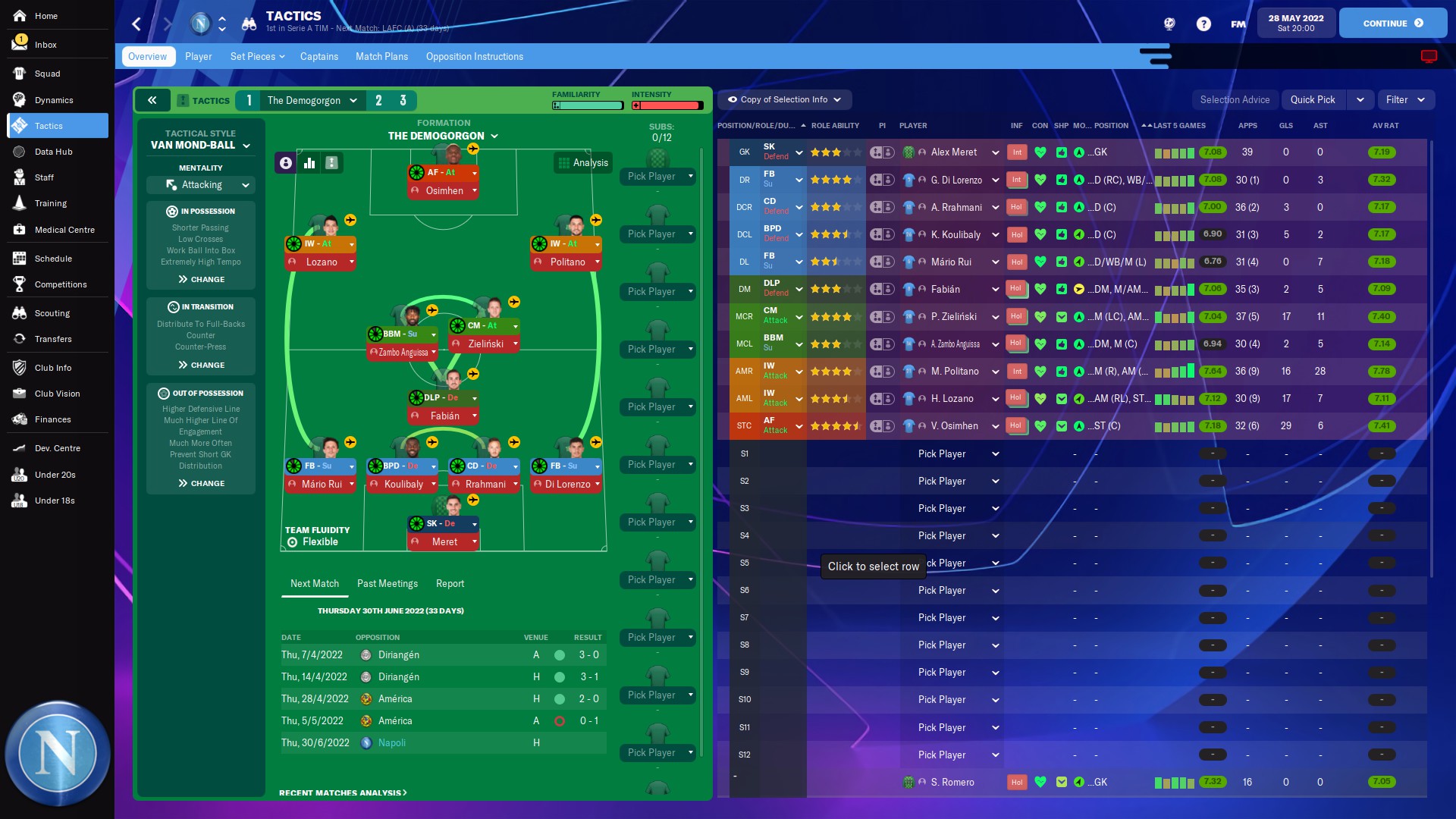 The DLP in DM is pivotal to the tactic, they may not contribute to direct assists but the whole dynamics of the tactic is run through the DLP, often dropping deep and laying off short passes and picking out arrowed, direct passes opening up opposition defences.

The B2B offers plenty of legs in the midfield, often helping out the DLP and the defence along with making supporting runs for the slick attacks.

Centrally in defence we are paired with a BPD on the left side, often breaking ranks and picking out passes and intercepting moves and the CD next to him dropping off slightly and moping up the bits and pieces and not taking any risks at the back.

Finally, the FBs sit in nice and tight making the backline difficult to penetrate and then being unleashed, getting forward and making inward and outward overlapping runs, supporting the IWs in attacking transitions and the SK marshalling the defence.